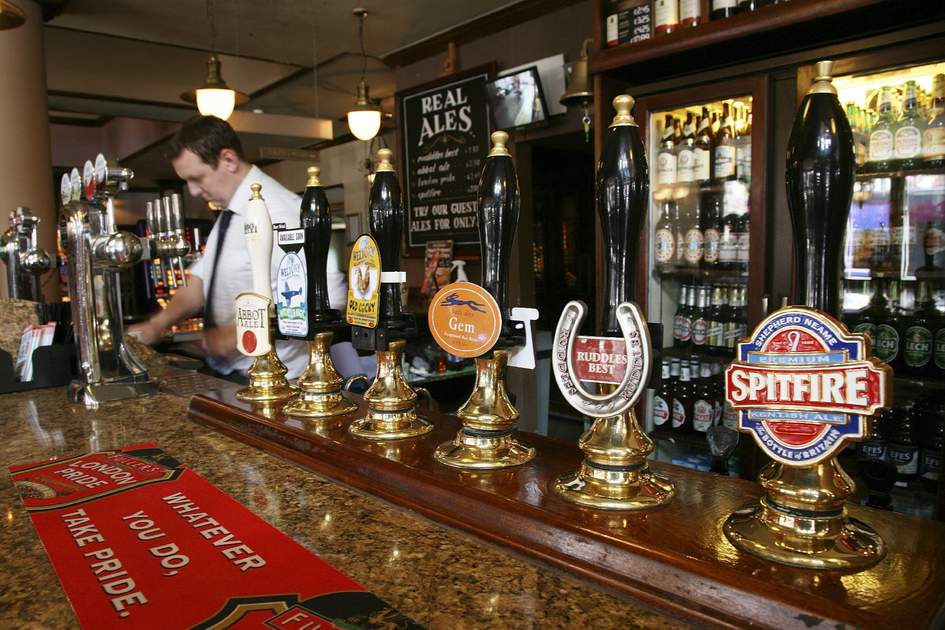 There are around 52,000 pubs in Britain – though dozens close every week, hit by a fatal combination of cut-price competition from supermarket alcohol, drink-driving laws and rising costs. Some of the survivors are a great deal closer to perfection than others. Perfection is in the eye of the beholder, of course, and just as many “Irish pubs” round the world bear only the faintest resemblance to a traditional Gaelic boozer, many an “old-worlde” English pub may not be true to pub traditions.

What, then, makes a good traditional pub? There are certain well-defined ground rules. In an old edition of the English beer-drinker’s bible, the annual (still running) Good Beer Guide, the late author, journalist Michael Jackson, wrote: “In a good pub, the greatest attention is given to the drink, and in particular to the beer. Sociability, on both sides of the bar, comes a close second. A good pub encourages social intercourse, and is not dominated by cliques. A good pub has a caring, responsive landlord, not an uninterested time-server or an arrogant buffoon. In a good pub, whatever further services are offered, there is always one bar (and preferably two) to accommodate those people who simply want to drink and chat without the distraction or inhibition induced by overbearing decor, noisy entertainment, or intrusive dining.”

Many very traditional pubs have at least two bars: the “public bar”, which is the basic drinking shop; and the “lounge bar”. There may be a difference of a few pence in the drink prices; all pubs are required by law to put their price lists prominently on display. Some would say that the public bar is for serious, usually male, drinkers, traditionally labourers in dirty work boots and clothes. It would traditionally have had a bare floor and a dartboard, or a pool table. Conventionally, the more comfortable (possibly carpeted) lounge bar was intended for sitting down, for entertaining women, for an evening out.

The word “pub” is merely a shortened form of “public house”, an indication that the earliest ale houses were simply private homes where the occupant brewed beer and sold it at the front door or across a table in the living room. To indicate that the house sold ale, the owner would put a pole topped with a bough of evergreen outside.

There is no shortage of claimants to be the Oldest Pub in Britain, but one with a stronger case than most is the Ye Olde Trip to Jerusalem, hacked into the rock beneath the walls of Nottingham Castle, and certainly in business at the time of the 13th-century Crusades, hence its name. Like so much else in British life, the pub reached its zenith in Victorian times; the country is still immensely rich in opulent pub interiors from that period, despite all the efforts of philistine pub-owning corporations to rip them out in the name of “modernisation”.

Pubs have changed a lot over the past few decades, however. More and more sell good, inexpensive food and some (“gastropubs”) are competing strongly with restaurants. Tea and coffee are often on offer, and children and women drinkers – even solo ones – are being made more welcome

The legal age for purchasing alcoholic drinks in Britain is 18. Those younger than this can usually go into a pub, but they must be accompanied by an adult. Most pubs – particularly gastropubs – welcome families, particularly during the daytime; some have special rooms for children, and where there are gardens they are almost always welcome. It is, in the end, up to the absolute discretion of the landlord, and how strictly the local police chief applies the law. In bigger cities, some pubs have a predominantly gay clientele.

A radical change came about with laws passed around the turn of the millennium that allowed pubs to open not just at lunch time and in the evening, but largely to set their own opening hours, depending on the habits of their customers. Twenty minutes’ “drinking up” time is still allowed after the closing time.