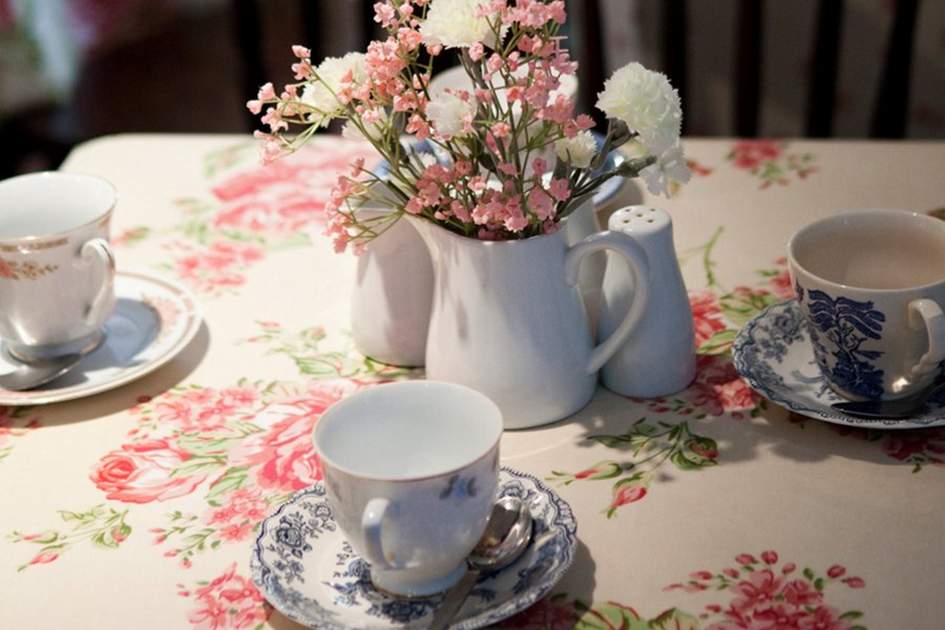 On average, Britons drink five cups of tea a day, consuming about one-third of the total tea export market every year. The “real” cup of tea is, however, not always easy to find. Places to go looking are posh hotels that cater for the better-off tourist, low-budget cafés of the fish-and-chip variety that thrive in seaside towns, and British homes that have not gone over to teabags.

The finest tea is made from the bud and first two leaves of the tea bush. They should be steeped in boiled water for between 3 and 5 minutes. Traditionally, very strong Indian tea, rigid with tannin and probably jaw-clenchingly sweet, is favoured by burly men who work with their hands, while women and children like their cuppa watery-weak and China. But an occasional macho workman called out to fix something in a British home has reportedly voiced approval of delicately scented, pale Earl Grey.

How to make the perfect cuppa

There are as many ways of making a cup of tea properly as there are British residents, and all methods involve mysterious and magical warmings and stirrings of the pot, exact timings and individual blends. Up North, they tend to put the tea in first, then add milk; down South they do the reverse and both halves of the country swear blind that theirs is the only way to make tea. Anyone with Far or Near East connections may well add a sneaky pinch of cardamom.

Diarist Samuel Pepys found his first cup of China tea such a novelty in 1660 that he gave it a special entry. In its early days, it was so expensive that it was locked away in metal caddies to stop the servants helping themselves. Adding to the price was the cost of transportation from the Far East on such speedy clippers as the Cutty Sark, now in dry dock at Greenwich, in London.

A cup of tea, without sugar or milk, contains only about 4 calories. Its stimulating effect is due to caffeine (weight for weight, tea leaves contain more than twice the caffeine of coffee beans). Its astringency and colour come from the tannin content, which determines its flavour from volatile oils.

The habit of taking afternoon tea with cakes was started around 1840 by the Duchess of Bedford. The West Country’s rich cream teas, with scones, jam, clotted cream and cakes to accompany the pot of tea, is delicious in a sickly way and packed with cholesterol.

For a traditional afternoon tea, try a big hotel such as the London Ritz or The Savoy; it will cost around £40 per person for a seemingly endless supply of delicate sandwiches, cakes, scones and tea (or coffee, if you really must), though you have to book. To work one off, find a Tea Dance where you can do the foxtrot to such nostalgic interwar orchestral numbers as Blue Moon and Smoke Gets In Your Eyes. Such dances were once highly fashionable and are still popular with older people, the occasional member of parliament, the retro younger crowd and anyone else with a little free time in the afternoon.

Read the Insight staff picks of the best places to have afternoon tea in England...