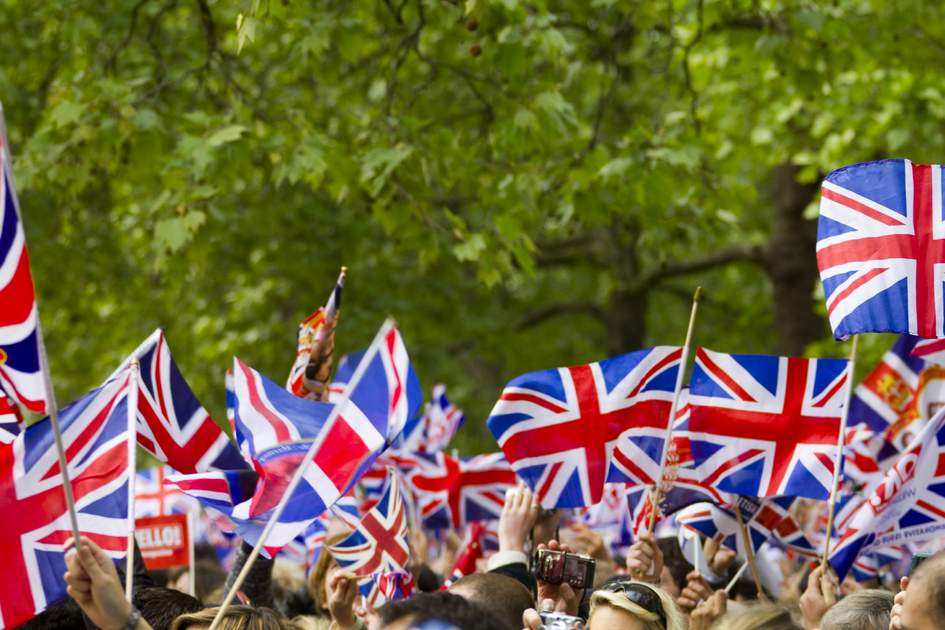 The flag of Great Britain is the same as that of the United Kingdom, which includes Northern Ireland. The Union flag is a bit lopsided and may only be flown one way up. If hoisted incorrectly, particularly at sea, where mariners are well informed in these matters, it may be taken for a distress signal. The flag of any country hoisted on the jackstaff of a ship’s bow is called the Jack, hence the flag’s popular name of Union Jack.

The Union flag was designed after the union between England and Scotland in 1606, combining the red cross of St George (heraldically speaking, cross gules in a field argent) with Scotland’s cross of St Andrew, a white diagonal cross on a blue background (saltire argent in a field azure). In 1801, the red diagonal cross (saltire gules in a field argent) of Ireland’s St Patrick was added. No room is left for Wales’s St Dewi, or David, whose emblem is a dove.