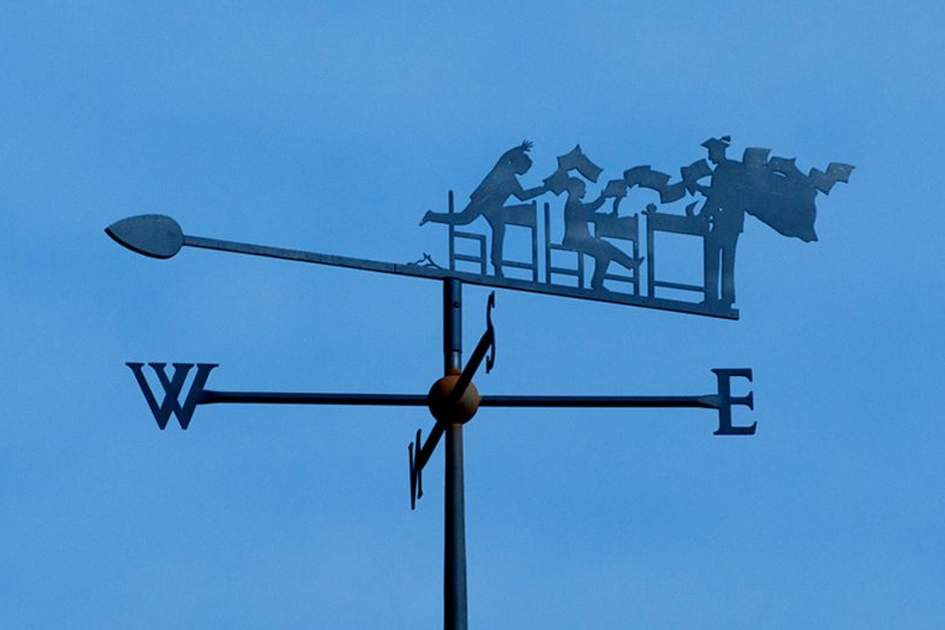 “When two Englishmen meet, their first talk is of the weather,” wrote Dr Samuel Johnson. Nearly three centuries later, this relatively harmless national obsession is still going strong, and no weather-related phrase is considered too banal or boring to merit use as a conversational opening gambit between strangers. A 2011 study of over 2,000 people for Walkers Crisps showed that a quarter of the population use the weather as an opening gambit, that over half of Brits talk about the weather at least once every 6 hours, and that around 70 percent (and over 80 percent of over-55s) check the weather forecast at least once a day.

But why should the British be so interested in the vagaries of their climate? In addition to it being a fail-safe ice-breaker – useful for stereotypically reserved Brits – the key lies in its unpredictability. Its swings of mood don’t bear out its dull reputation at all. Far from always having the drizzly, mediocre summers and mild, wet winters, British weather can switch rapidly from drought to flood, damp cold to oppressive heat.

In August 2003, in Faversham, Kent, temperatures reached the highest ever recorded in Britain: 100.6°F (38.1°C); the record in Scotland was 91.2°F (32.9°C), during that same month. Hurricanes in 1987 (called The Great Storm) and 1990 caused several deaths and uprooted thousands of trees; Western film-style dust “devils” blew through the lanes of Surrey, and waves higher than a double-decker bus submerged a seaside town in Wales.

Such violent extremes are made all the harder to bear because national habits, buildings and clothing are simply not designed to cope with them. Air-conditioning is much more common in shops and offices nowadays than in the past (though rare in homes). In winter, heating and insulation systems work at half-cock, while road and rail networks inevitably come to a standstill in anything more than an inch of snow (one railway company, brought to a halt by one light snowfall, asserted – to general hilarity – it was the “wrong kind” of snow). Unwary motorists, villagers and livestock disappear under mounds of drifting snow in a manner that puzzles Continentals, especially Northern Europeans and particularly Scandinavians, who are used to handling such seasonal hazards.

The effect of global warming

Global warming may change British weather forever; in recent years heavy rain has been a feature of at least part of the summer, which tends to come early, leave early but then return – for a few days at least – in the form of a September “Indian summer”. Scientists say that global warming could bring us hot, dry summers: the writer Virginia Woolf thought that such weather might turn us all into outgoing Mediterraneans.

But relentless, reliable sunshine is far more likely to provoke consternation, as we debate whether or not the temperature is actually too hot. And although the British have always dreamed of an empire upon which the sun never sets, dependable good weather spoils their “just-in-case” philosophy. Umbrellas, extra woollens and fold-up plastic raincoats are much-loved accessories. British women might have been considered as chic as Parisiennes were it not for their just-in-case cardigans flung inelegantly over summer dresses. In the days before golfing, umbrellas were big, and country people waxed their coats, ugly folding plastic macs used to make rainswept holidaymakers look like film-wrapped, self-basting chickens. The small plastic rainhat, furled down to the size of a condom and secreted in the handbag, is still favoured today by older ladies with tightly permed, snowy hair, as well as a more trendy crowd, whose tastes are distinctly retro.

Britons traditionally kept a keen weather eye on their climate by frequently tuning in to radio and television forecasts; today, there is also a plethora of weather-dedicated websites and apps – something that should ensure that this endearing habit is maintained for years to come.