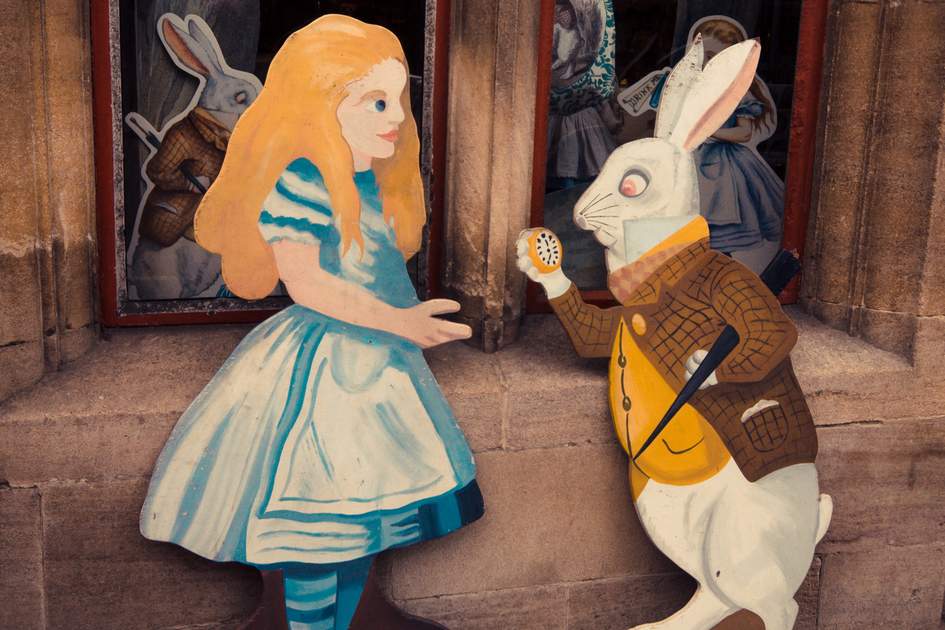 Charles Dodgson – better known as Lewis Carroll (1832–98) – was a Fellow (senior academic member) of Christ Church college, Oxford. He was a shy, almost reclusive man, happiest in the company of children. He grew close to Alice Liddell, the daughter of the Dean of Christ Church, and invented stories for her and her siblings, including his fantastic work, Alice’s Adventures in Wonderland, and the sequel Through the Looking Glass. Inspiration for the book can be glimpsed across Oxford: the Cheshire Cat sat in the bough of the tree that still graces Christ Church’s Deanery Garden; the Treacle Well is still at Binsey and both ‘the loveliest garden you ever saw’ and a tunnel that gave Carroll the idea for the one down which Alice falls are at Worcester College.

Dodgson’s office at Christ Church overlooked the secretive Deanery Garden, where Alice and her two sisters would play. The garden is not open to the public, but you can catch a glimpse of it from the small college garden behind the Corpus Christi Fellows’ Building (accessed via Merton Street).

Among the dramatic scenes portrayed in the stained glass windows of the Latin Chapel at Christ Church Cathedral is a depiction of St Margaret’s Well at Binsey, the inspiration for the ‘Treacle Well’ in Alice’s Adventures in Wonderland. The St Catherine Window in the Chapel of Remembrance depicts Edith Liddell, Alice’s sister, as St Catherine. 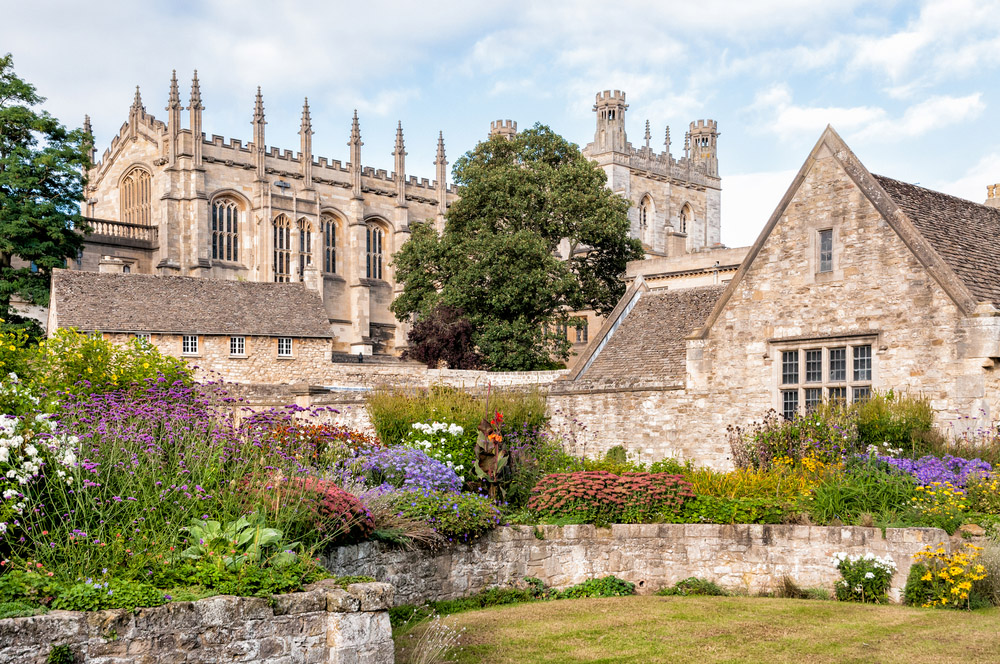 On display at the Museum of Oxford, just north of Christ Church, are some of Alice Liddell’s belongings, including her parasol and the morning dress she would have worn on outings with Dodgson, and her Red Cross service medal.

The Story Museum, around the corner on Pembroke Street, holds an annual Alice’s Day in July with fun activities for kids, including a fancy dress parade. This is a wonderful place to take the kids − every room is like walking into the pages of a children’s story book.

Fans of Alice will love Alice’s Shop on St Aldates. In Through the Looking Glass Alice visits the shop and is served by a bad-tempered sheep, and it was drawn in the book by Sir John Tenniel as ‘the Old Sheep Shop’. Alice herself described it as ‘the very queerest shop I ever saw!’ Today, the shop is devoted to the sale of souvenirs related to the Lewis Carroll stories.

The churchyard of St Cross, to the northeast of New College, contains some interesting graves, including those of Kenneth Grahame, author of The Wind in the Willows, and the Oxford shopkeeper Theophilus Carter, reputedly the model for the Mad Hatter. Carter made his living selling furniture, though he was more renowned for his eccentric inventions, including the ‘Alarm Clock Bed’, which at waking-time tipped its occupant out into a tub of cold water.

To the north of the city centre lies the University Museum of Natural History. Apart from the dinosaurs, a famous attraction of the museum is the painting by John Savery of a Dodo. The bird in question, described as an oversized flightless dove with a hooked beak, was brought to England in 1638 and formed part of the Tradescant and subsequently Ashmolean collections. The same painting inspired Carroll's famous character in Alice's Adventures in Wonderland.

Worcester College is sited on a slope at the end of Beaumont Street. A tunnel at the end of the Gloucester Hall cottages leads through to the gardens, which are as beautiful as any in Oxford, a fact endorsed in Alice’s Adventures in Wonderland, which describes a tunnel ‘not much larger than a rathole’ leading ‘to the loveliest garden you ever saw’.

A popular riverside stroll out of Oxford leads through the glorious Port Meadow to the village of Binsey. To the north of Binsey, a narrow lane leads for about half a mile to St Margaret’s Church, where the principal attraction is the Treacle Well, described by the Doormouse at the Mad Hatter’s Tea Party. The name ‘treacle’ commemorates a miraculous well which restored the sight of the King of Wessex in the story of St Frideswide; in Middle English, ‘triacle’ signified any liquid with healing or medicinal properties – only later did it come to mean syrup.

Further north lies Godstow Lock where Dodgson, together with a friend, rowed the Liddell sisters for a picnic in the summer of 1862. It was while they were rowing that Dodgson recited to them for the first time the lines that subsequently appeared at the beginning of Alice’s Adventures in Wonderland:

All in the golden afternoon

For both our oars,

By little arms are plied,

Our wanderings to guide.

To discover more about the literary and historical highlights of Oxford, read our Oxford Travel Guide or visit our online shop to purchase a copy of Great Breaks Oxford.