Ancient wonders: The Sacred Valley of the Incas 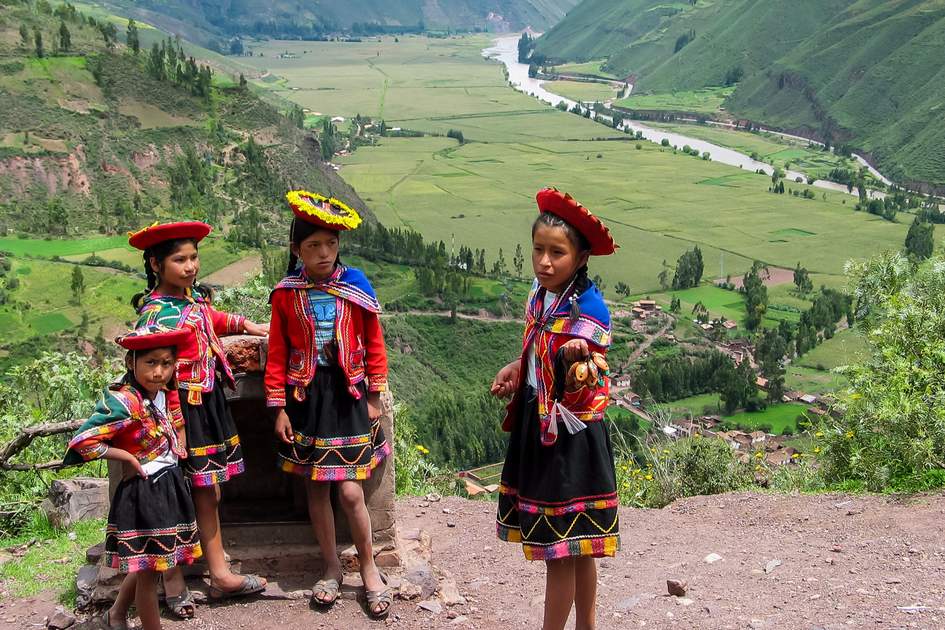 For the Incas, Qosqo meant “navel of the world,” and they believed their splendid city was the source of life. Legend has it Cusco was founded by Manco Capac and his sister-consort Mama Ocllo, sent by the sun god Inti with the divine task of finding a spot where the gold staff they carried would sink easily into fertile ground.

The Inca empire came into being during the reign of Inca Pachacutec Yupanqui, who began a great expansion; imposing Quechua as the common language, conquering other native nations, creating a state religion, and turning Cusco into a glittering capital able to rival many European cities. It was Pachacutec who transformed Cusco from a city of clay and straw into a thriving metropolis with grand stone buildings in the second half of the 15th century.

Huge walls of intricately laid stone pay testimony to the civilization that 500 years ago controlled much of this continent. The Spaniards ended up putting their own buildings on the mammoth foundations of the Inca ones, often using the same stones that had been cut and rounded by Inca masons. When a massive earthquake shook the city in March 1650, the colonial walls came crashing down, but the Inca foundations remained intact. The Inca remains and Spanish reconstruction make the city an unparalleled Andean jewel.

Now a church, the Iglesia Santo Domingo was once El Templo del Qoricancha – the Temple of the Sun, and the most magnificent complex in Cusco. Walls there were covered in 700 sheets of gold studded with emeralds and turquoise, and windows were constructed so the sun would enter and cast a nearly blinding reflection off the precious metals inside.

The mummified bodies of deceased Inca leaders, dressed in fine clothing and adornments, were kept on thrones of gold, tended by women selected for that honor. In the same room, a huge gold disk representing the sun covered one full wall while a sister disk of silver, to reflect the moonlight, was positioned on another.

Although the temple’s wealth can only be imagined, its Inca architecture can still be appreciated. Visible from inside is the perfectly fitted curved stone wall that has survived at least two major earthquakes. 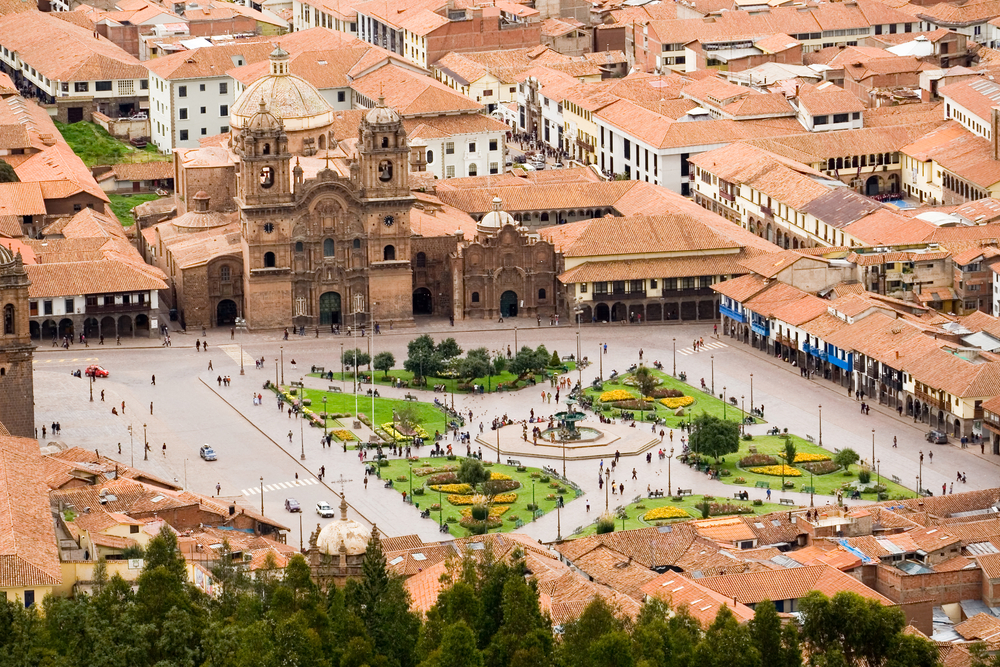 Above Cusco stands the overwhelming fortress of Sacsayhuamán, a bold demonstration of Inca construction skills. Made of massive stones weighing up to 17,000kg (125 tons), this military complex overlooking Cusco has a double wall in a zigzag shape – some say to imitate the teeth of the puma figure whose head the fort may have formed. Others say it represents the god of lightning. The fort also once had at least three fabulously huge towers, and a labyrinth of rooms large enough for a garrison of 5,000 Inca soldiers. It marks the birthplace of the river that runs under Cusco, channeled through stone conduits cut to give the city an invisible water supply.

Sacsayhuamán was the focus of the Great Rebellion led by Manco Inca against the Spanish in 1536. From here, the Incas besieged Cusco for 10 months. Historians say that if Manco Inca had defeated the Spanish in Cusco, he might have saved the empire. But, no matter how valiantly his troops fought and died, the Spanish eventually wrested back control of the fort and thus the Inca capital of Cusco. 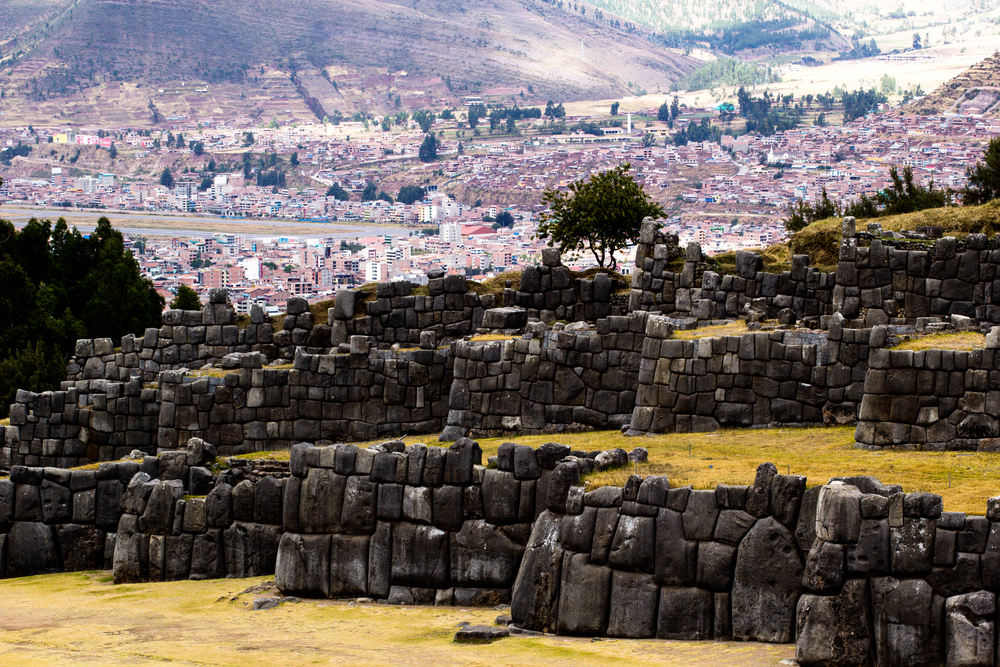 In some respects, the stonemasonry in Pisac is more awesome than that of the more famous ruins at Machu Picchu. There are residential buildings and towers that some scientists say may have been astronomical observation spots. Higher up is a second set of ruins whose style – smaller stones more haphazardly arranged – has given rise to a number of theories as to the origin of this section. Some say that it was used by servants or other community members with low social standing; a less likely theory is that it pre-dates the main part of the complex. 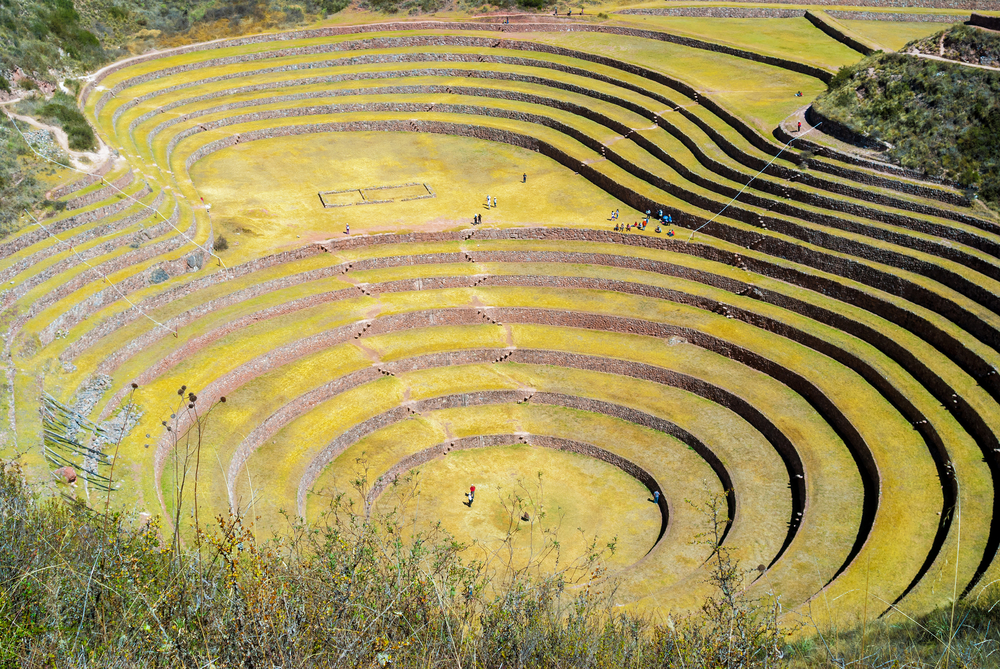 West of Pisac lies the great fortress of Ollantaytambo, a place of great sacred and military importance to the Incas. The elegant and intricate walled complex containing seven rose-colored granite monoliths has puzzled scientists, who say that the stone is not mined in the valley. A steep stairway enters the group of buildings, among which the best known is the so-called Temple of the Sun – an unfinished construction in front of a wall of enormous boulders. Portions of the original carvings on these huge worn stones can still be seen, although it is unclear if they really are pumas, as some claim.

Ollantaytambo is nowadays the best preserved of all the Inca settlements. The old walls of the houses are still standing, and water still runs through original channels in narrow streets that are believed to date from the 15th century. In the nearby river stand the remains of an Inca bridge, and campesinos around the settlement live in houses that have changed very little since Pizarro’s arrival. 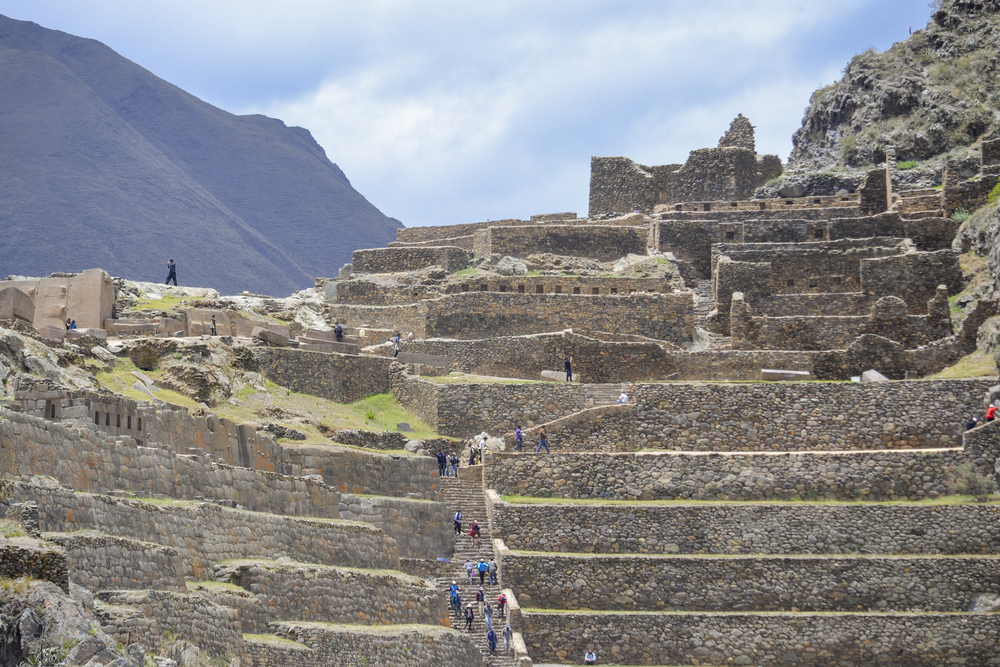 Read more: Top 5 sights not to miss in Peru