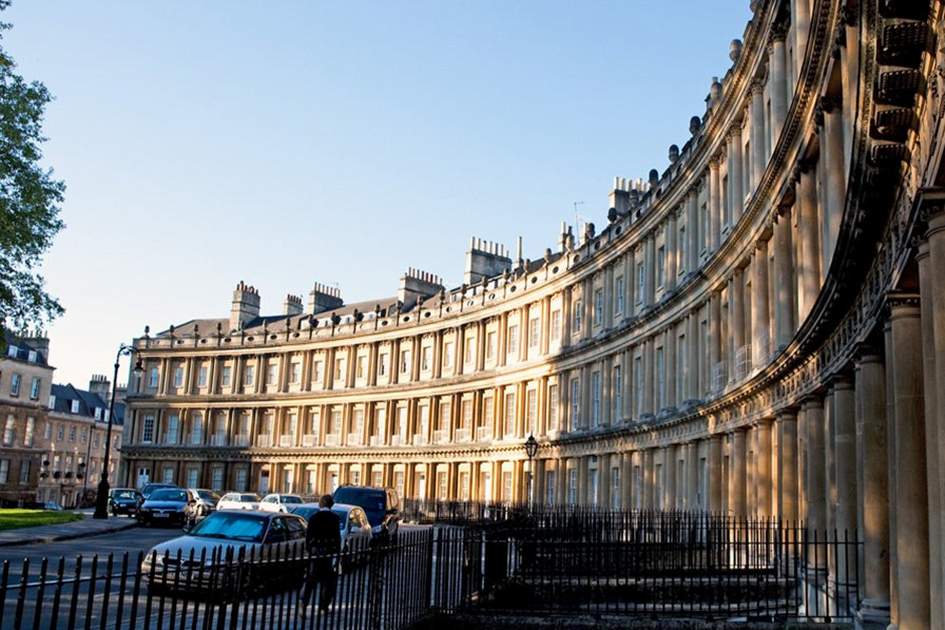 Bath offers a unique architectural experience. Constructed on a grand scale, it has resulted in one of the most elegant cities in Europe and the finest Georgian city in Britain.

The Bath we know and love today was largely the result of an unprecedented building boom that began in the early 18th century and lasted for almost 100 years. During that time, the city was graced with its glorious Georgian facades, producing breathtaking architecture such as the Royal Crescent, which has no equal in Britain. Few cities can match the harmony and scale of Bath’s buildings, clad in the pale honey-coloured stone that seems to glow in the sun. In spite of a series of bombing raids in World War II and some misguided post-war planning decisions, much of the Georgian city remains intact, providing an almost unprecedented living record of the Age of Elegance, with dazzling crescents, terraces and squares.

Much of the credit for the Bath we see today goes to the vision of the architect John Wood, who arrived in the city as it was taking off as a fashionable resort in the early 18th century. Wood came to Bath in 1725 with a grand scheme of how the city should be developed, based on the teachings of the great Italian architect Andrea Palladio (1508–80). His interpretation of the classical Roman principles of architecture, known as the Palladian style, was adopted by travellers on the Grand Tour of Europe and became popular in Britain thanks to architects such as Inigo Jones, Lord Burlington, and Wood himself.

Though Wood’s grand vision of transforming Bath into the Rome of Britain was never fully realised, his genius can be seen in Queen Square and at Prior Park. Wood died in 1754 but his work was carried on by his son John Wood the Younger, who became every bit as impressive an architect as his father. He completed the work his father had begun on the Circus, which features 33 grand and elegantly proportioned houses in a circular arrangement, and then topped it with the Royal Crescent, a beautiful curving terrace. The crescent idea was copied several times in Bath and in other cities in Britain, but Wood’s masterpiece remains the original and the best.

Other architectural gems include Pulteney Bridge and Great Pulteney Street, northwest of the Abbey; the Guildhall; the Assembly Rooms; and Lansdown and Camden crescents to the north.

The building of Bath

For a deeper understanding of how Bath developed into such a unique city, head to the Building of Bath Collection. Housed in the Countess of Huntingdon’s Chapel, ironically one of the few buildings in Bath done in the Gothic style rather than the predominant classical Palladian fashion, the museum offers an overview of the city’s transformation from a provincial town into a world-renowned spa. The museum, owned and managed by the Bath Preservation Trust, houses a fully detailed architectural model of the historic city centre, giving an insight into the layout of Georgian Bath. Visitors can discover how the buildings were designed, built, decorated and lived in during the 18th century.

For more information on Bath, buy our Great Breaks guide to Bath today.