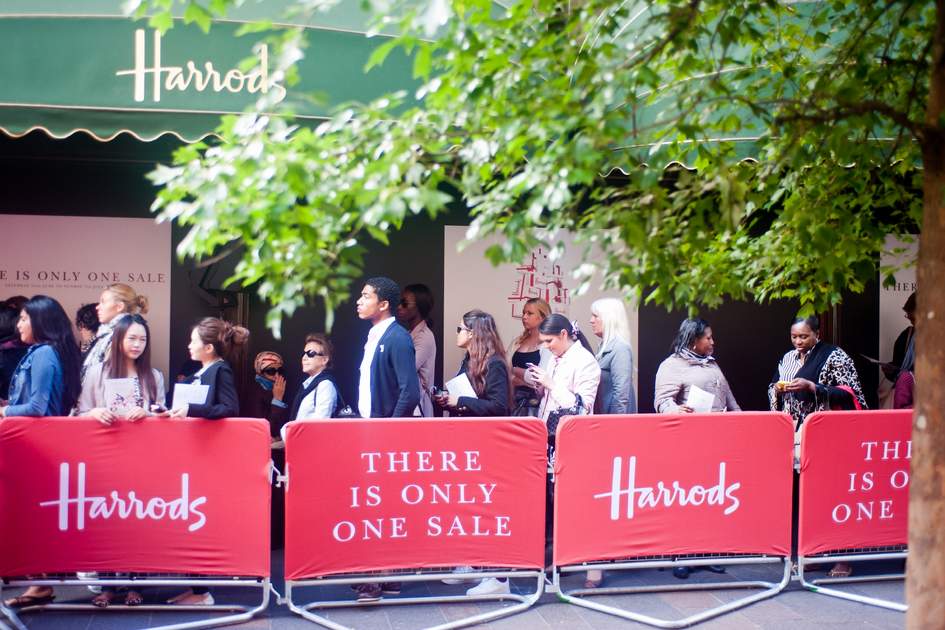 LONDON, UK - JUN 15: customers queue outside the Harrods store in London on June 15, 2013 for the opening of the summer sales. Photo: Shutterstock

“A man in a queue is as much the image of a true Briton as a man in a bull-ring is the image of a Spaniard or a man with a two-foot cigar of an American,” wrote humorist George Mikes. “An Englishman, even if he is alone, forms an orderly queue of one.”

Queue-jumping incurs severe social disapproval. This can be a torrent of abuse, though usually it takes no more serious form than tut-tutting and loud remarks such as: “I say, don’t they know there’s a queue?” The easiest response is to pretend one is a foreigner; the affronted queuers will then sigh, knowing that you know no better, poor soul, having been deprived of their cultural conditioning.

Some think that the orderly behaviour of most crowds is the only rational option when one lives in a small, overpopulated island. Others see such conspicuous respect for order as the Germanic trait never far below the surface in the British character. Ralf Dahrendorf, a German who became head of the London School of Economics, may have got to the heart of the matter when he said: “I have a feeling that this island is uninhabitable, and therefore people have tried to make it habitable by being reasonable with one another.” Don’t all rush to agree: there’s a queue!