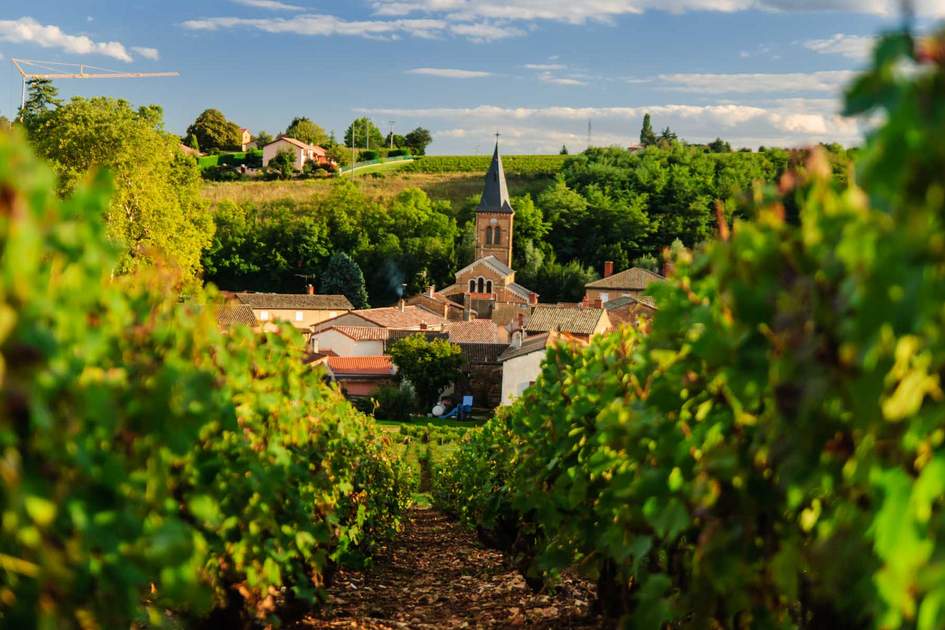 France is famed for its wine and the world- famous Beaujolais Nouveau “season” opens with a media bang on the third Thursday of November - just a few weeks after the grapes have been harvested. At midnight preceding the date set for the first sale, luxury sports cars and private planes rev their engines for the race to be the first to bring the year’s vintage home. It is a big celebration across France, marked by parties and festivities. The famous Beaujolais Nouveau is produced by macerationcarbonique, which results in fresh fruity reds that are to be enjoyed relatively young.

In France wine is omnipresent: it fills shop windows, is served at every meal and is offered as a gift. Vineyards line the roads, not only in Burgundy and Bordeaux but along the Mediterranean coast, the length of the Loire, near the German border, and can be found even in Paris itself. Visitors are struck not only by the vast amounts of land devoted to grape growing but to the quality and diversity of the wines produced. Wine experts often criticise Beaujolais Nouveau as lacking in depth and much of it is seen as poor quality. However, the uncorking of the Beaujolais Nouveau is also an acknowledgement of the importance wine holds in French culture. Wine is more than a drink in France; like bread, it is inseparable from life and fine wines are a civilising pleasure, which speak to the palate and to the mind.

Whenever you are in France, you will never be more than 160km (100 miles) from an area in which wine is being made. France possesses 11 major wine- producing regions: Alsace, Beaujolais, Bordeaux, Burgundy, Champagne, Franche- Comté, Languedoc- Roussillon, Loire Valley, Provence, Rhône Valley and the Southwest. Although the fame of Beaujolais Bordeaux, Burgundy, and Champagne is well established, the rest enjoy varying degrees of celebrity. Remember, wine is not just a drink - each sip contains a drop of French culture.

For more information about France, its wines and culture, see the new edition of Insight Guides France and to get a taste of the language try Berlitz Confident French.

There were 6 of us who met with Chef Fred, and the next 4.5 hours were a delight. First we walked 2 blocks to the morning market, perused what was available and came up with a menu. Back to his home we went, where a long, table greeted us...first used... Read more

We saw so much of a part of Paris we probably would not have visited and thoroughly enjoyed. As promised, our agent keyed the tour around the many movies filmed in the area, while giving us history and interesting facts. The beautiful views and lovely parks and housing as we worked our way up the hill were delightful. All six of us agreed it was a very worthwhile tour.