Beautiful and quirky locations for music festivals around the world 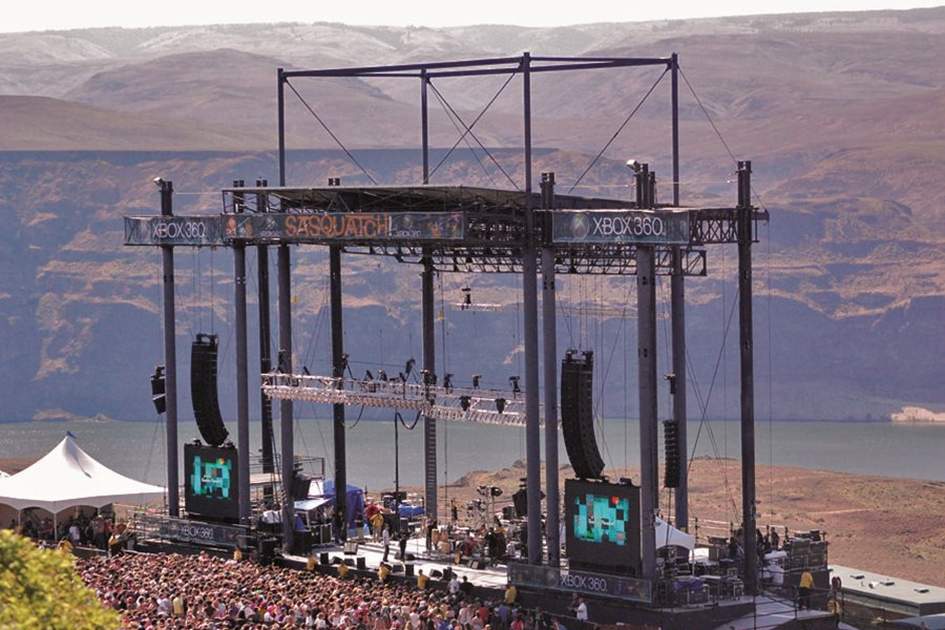 Now the Glastonbury Festival musicans and artists have left the fields of Worthy Farm, and the tents and stages have begun to come down, where else in the world can you head for your music fix this summer? We've put our minds to finding some of the most unique, beautifully situated and quirky music festivals around the world.

Traditionally, music festivals peak in June and July, but there are some fantastic and spectacular festivals still to experience, and as picturesque as rural Somerset may be, some of these knock Glastonbury off the list when it comes to a memorable location.

"I'm a not a number, I'm a free man!". Portmeirian, the fantastically ridiculous Italian-themed folly on the coast of North Wales, was the true star of the 1960s British cult-TV series "The Prisoner". The tourist village becomes a festival site over a long September weekend when all manner of cultural activities will descend upon its streets.

Travel tip… Portmeirion lies to the west of Snowdonia National Park, a beautiful part of the British Isles that is worth exploring. It is, however, a somewhat arduous 5-hour drive from London.

Find out more on the area in the Snowdonia & North Wales Great Breaks guide. 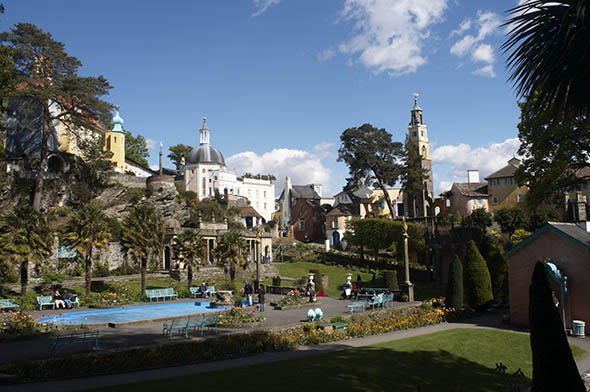 A second selection from Wales?! This small folk festival has grown over the years and now sits beneath the peaks of the Black Mountains near the south-eastern border of Wales. The site is on the beautiful grounds of Glanusk Park, a former stately home. A stroll beside the beautiful river running along the bottom of the festival grounds and a quick dash to the surrounds peaks is a must for any festivalgoer.

Travel tip… Thanks to the mountainous location, the festival is susceptible to a little mist and rain – be prepared! 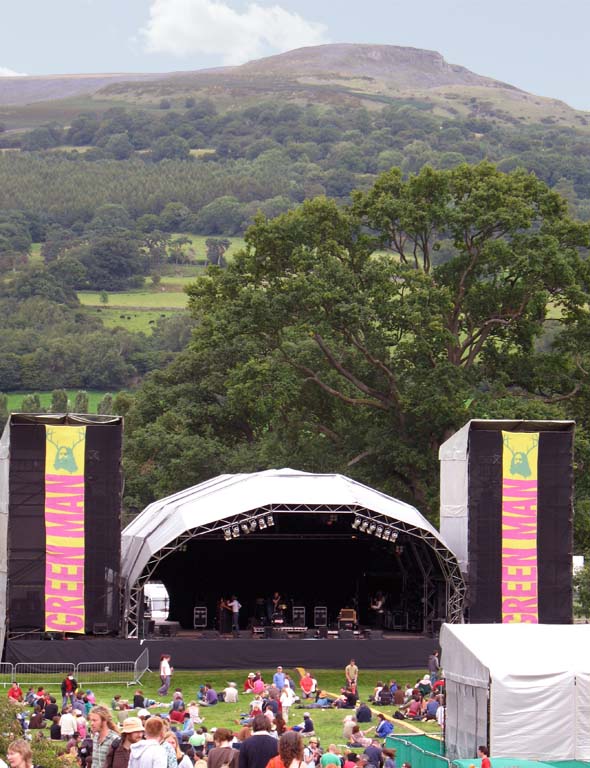 Ok, so it's not as you may have imagined – ie set on the slopes of the newly UNESCO-protected Mount Fuji – but this internationally adored festival does lie in the mountains around the Naeba Ski Resort, 120 miles from Tokyo.

As you would expect, the festival is wonderfully well organised and beautifully maintained. It's all about nature, so keep your footprint green if you’re heading over for it. In the words of the organisers: "Remember: 'Independence', 'Cooperation' and 'Respect of nature' are the keys to fully enjoy this festival."

Travel tip…  The Bullet train to the festival from Tokyo takes an enjoyable 1 hour 15 minutes, while the local train service to the site is a somewhat more leisurely 4 hours. 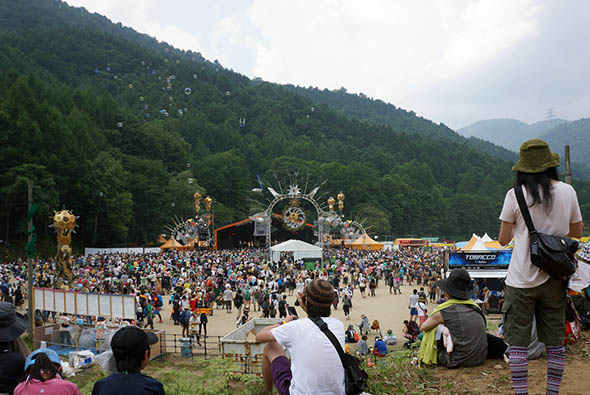 Fuji Rock - Kentaro Ohno CC via Flickr with thanks

For an industrial heritage fan there is perhaps no more fitting location than the Ferropolis (or "Iron City") in Gräfenhainichen. Up until the early 1990s, this island was a coalmine, and the huge industrial machines now stand looking suitably decayed around the site. There is a huge artificial lake where you can take a dip if the heat gets too much (and a great place to clean yourself up perhaps).

Travel tip… There are special train services to the site from Cologne or Munich. The journey should be a blast, with DJs and bars. 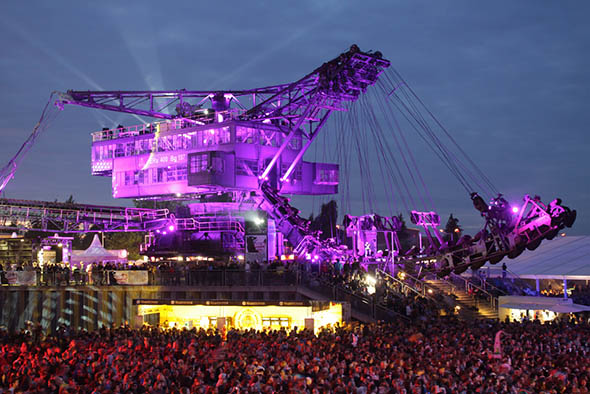 Melt! - Der Robert - Kentaro Ohno CC via Flickr with thanks

If the industrial heritage of "Melt!" interests you, consider also the much smaller and considerably more twee IndieTracks festival.

Held on the site of (and run in aid of) The Midland Railway, the artists are predominantly from the guitar-strumming, Indie-pop, shoegazing fraternity.  Events take place inside, outside, in a church and inside trains. The whole site  operate as a heritage steam museum and rides on trains are almost obligatory.

Travel tip… Wear plenty of badges, smile lots, and expect to find yourself squashed alongside the performers. 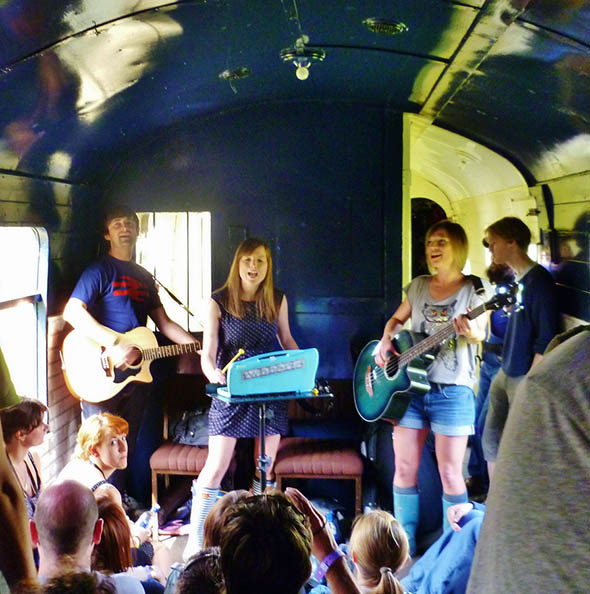 IndieTracks - John Kell- Kentaro Ohno CC via Flickr with thanks

Also look out for...

Sasquatch Festival, Quincy, Washington State, USA. Overlooking the Columbia River Gorge in all its dramatic splendour, this festival kicks off mid-May each year.

Traena Music Festival, Norway. Held on two tiny islands that are only accessible via boat, the festivals artists play in unique environments such as caves and churches. Held mid-July.

Primavera, Barcelona. Now a huge international event, but enhanced by its Barcelona setting. End May.

Plan a holiday around the festival....

See our full range of guidebooks in the Insight Guides shop...