There's no pastime more quintessentially Aussie than heading to the beach. To do as the locals do, check out our guide to Australia's best beaches 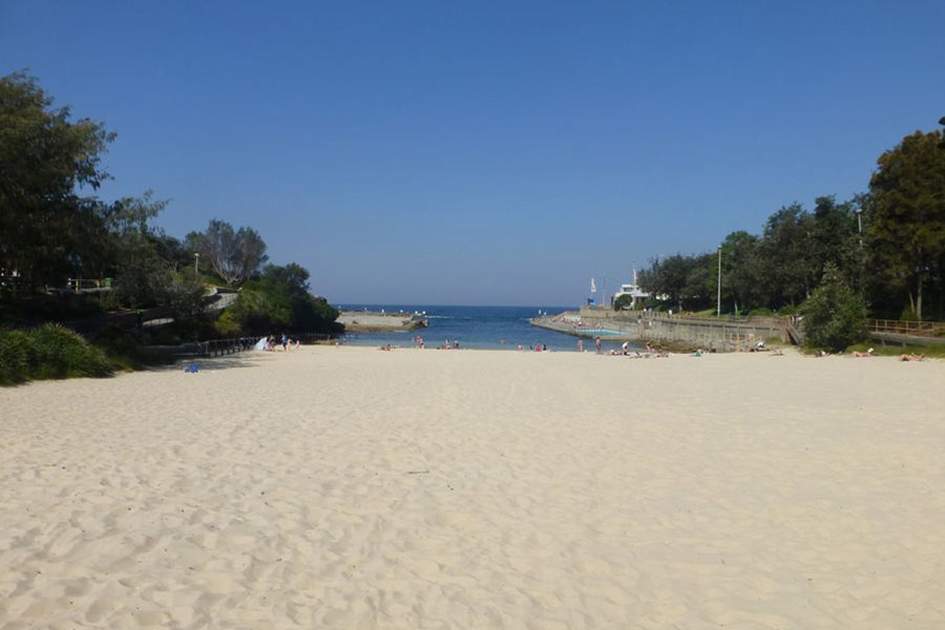 A love of the beach is bred into the Aussie character. Sand, surf and sun are a potent combination in Australia, one that seduces almost every local from birth. Age, profession, income and cultural background – none of this matters at the beach, where everyone has the same sand between their toes and waves breaking over their heads.

Australian children start with a sandbucket and spade, quickly progress to wetsuits and boogie boards and inevitably move on through Nippers (junior surf lifesaving programmes) to surfing and surf lifesaving. When they get older, they see this process of beachification repeated by their own children, and wouldn’t have it any other way.

The Christmas holiday from late December through January is when families throughout the country flock to the country's best beaches to slather themselves in sunblock and insect repellent and claim a daily patch of paradise. There’s none of that European habit of privatising the beach – everyone just lays down their beach towel or sets up a sun shelter, puts on a hat and relaxes with a book, an esky (coolbox) full of provisions and regular forays into the surf. At night, coastal resorts are redolent with the smell of barbecued meat, the queues at the local fish-and-chip joints are long and choruses of cicadas provide a distinctive soundtrack.

Visitors can easily share this enchantment if they organise themselves early enough. Most accommodation on the southern coast over the summer holiday period books up very early in the year, and the same applies to northern New South Wales and Queensland during school holiday periods. But outside these times, it’s easy to find a place to stay near an idyllic beach – the country is full of them.

Swimming, boogie-boarding and surfing are the most popular beach activities on offer, with beach cricket a popular out-of-the-water activity. Many beach resorts also offer activities such as paragliding, snorkelling, diving, windsurfing, kitesurfing, sea-kayaking, surf-fishing and sailing. Jet-skiing is sometimes offered but is despised by most beach-goers, as the loud machines disturb the laid-back ambience. 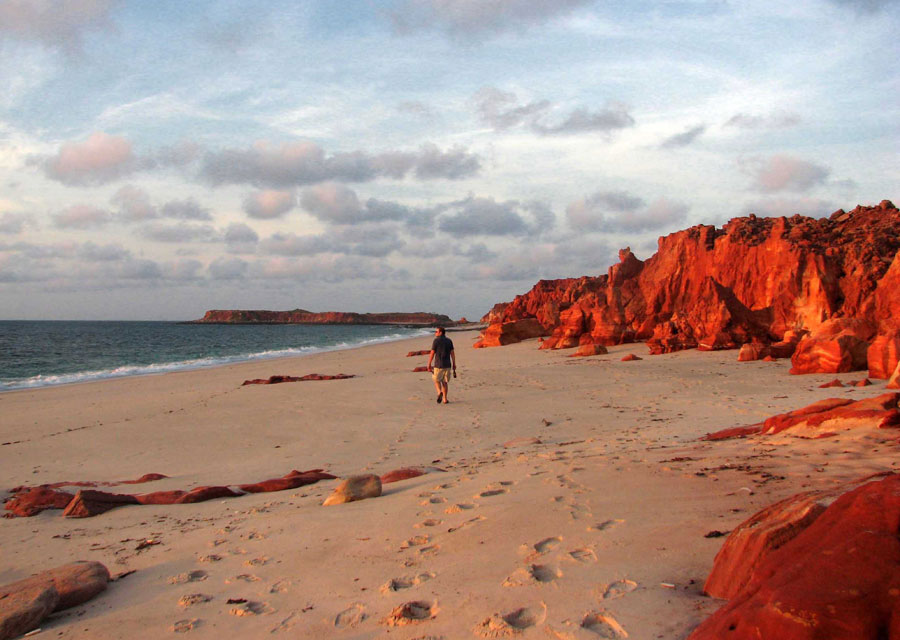 Bells Beach, Victoria: Bells Beach is located along the Great Ocean Road just five kilometres outside of Torquay. With rough waves, created by southern swells sweeping across the exposed reef and sheer cliffs forming the backdrop to this sandy beach, it is the epitome of a surfer’s paradise. It is famed for holding the Rip Curl Pro Surf and Music Festival annually at Easter. Only experienced surfers should brave the waters here, but that shouldn’t stop sightseers and sunbathers from enjoying the view.

Cable Beach, Western Australia: Find it all at this Western Australia beach. Indian Ocean sunsets, camel rides, nude bathing and 4x4 driving on the dunes. Cable beach earned its name when the telegraph cable between Java and Broome was laid here, connecting the north-west of Australia with the rest of the world. Located less than a 10-minute drive from Broome, the 22-kilometres of pure white sand is a delight.

Maslin’s Beach, South Australia: Maslin Beach is celebrated as being Australia’s first official nudist beach. ‘Unclad bathers this way’ signs are dotted along the shore, pointing nudists to the southern end of the beach (the clothes-free section) so sunbathers in suits don’t feel over-dressed. The sandstone rocks form a red, orange and yellow rainbow of colour, which falls to the sand creating the beache's rustic beauty. Caves and caverns can be found hidden in the rocks, waiting to be explored; although you might need to undress, the best ones are found on the southern end.

Noosa, Queensland: Noosa is located on the Sunshine Coast. Its coastline is split into a number of small beaches; the main beach is one of the only beaches on Australia’s coastline facing north. It is calm with moderate waves year-round, which makes it the perfect place for beginners to practice their surfing. There are a number of coastal walks through Noosa National Park where you catch elevated views over various beaches and across the clear water.

Shark Bay, Western Australia: Shark Bay is a 2,200,902-hectare UNESCO World Heritage site north of Perth. Crystal clear water houses an abundance of marine life, including dolphins which can be hand fed at Monkey Mia and the oldest living organism: stromatolites. Shark Bay is one of only two places they have been found worldwide. Visit the most western point of Australia, see blowholes, sheer cliffs, and watch for sharks off Eagle Point.

Whitehaven Beach, Whitsunday Island: Notoriously known as one of the most beautiful beaches in the world, this had to be on the list of best beaches in Australia. Whitehaven beach is a seven-kilometre stretch of coastline on Whitsunday Island. The high silica content of the sand gives it a pure white colour and the ability to clean your teeth. The sand melts away into the shallow turquoise waters that surround the Great Barrier Reef. Whitehaven Beach is the perfect beach to dip deep under the waves and explore the ocean floor.

Wineglass Bay, Freycinet National Park, Tasmania: Located near Hobart on Tasmania, Wineglass Bay is encompassed in Freycinet National Park. The sandy beach is curved along the edge of the National Park with sapphire coloured, calm water filling the bay. Walk to the lookout for the best view of the beach or spend four days hiking through the park on a guided tour, which covers the entire peninsula and try to spot the elusive Tasmanian devil. 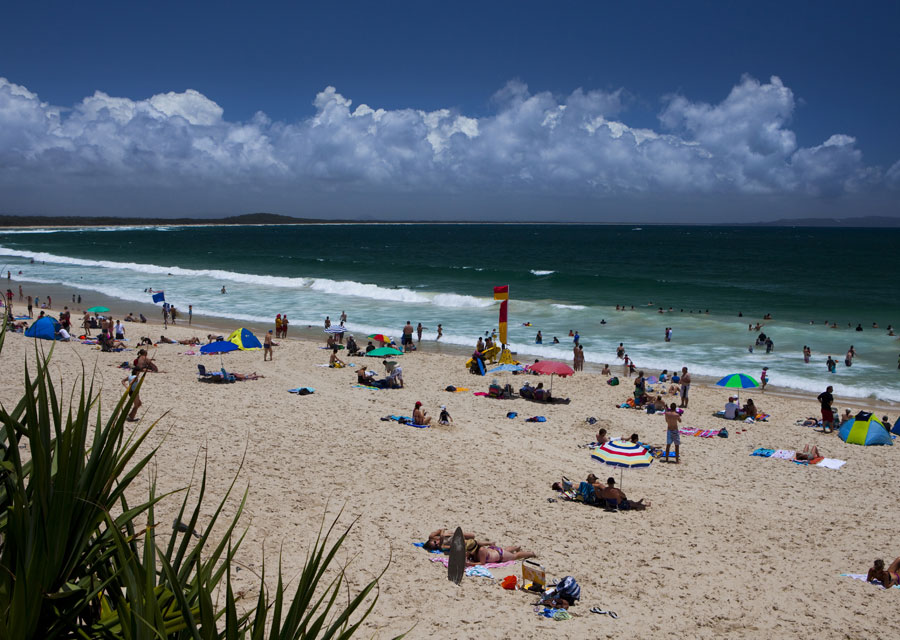 Ready to take your holiday to Australia's best beaches with Insight Guides?

Submit a trip request today, sharing when or where you'd like to travel, and we'll do the hard work for you