A special state – things to do in Alabama

Known as ‘Sweet Home Alabama’ the southern state of the USA is a region rich in culture and history, southern hospitality and natural beauty. Hike up forest-smothered mountains and lie on gorgeous white-sand beaches. Tuck into succulent fried chicken and party till you drop at America’s oldest Mardi Gras. Discover its great musical legends and trace the roots of the American Civil Rights Movement. You’ll discover so many things to do in Alabama. 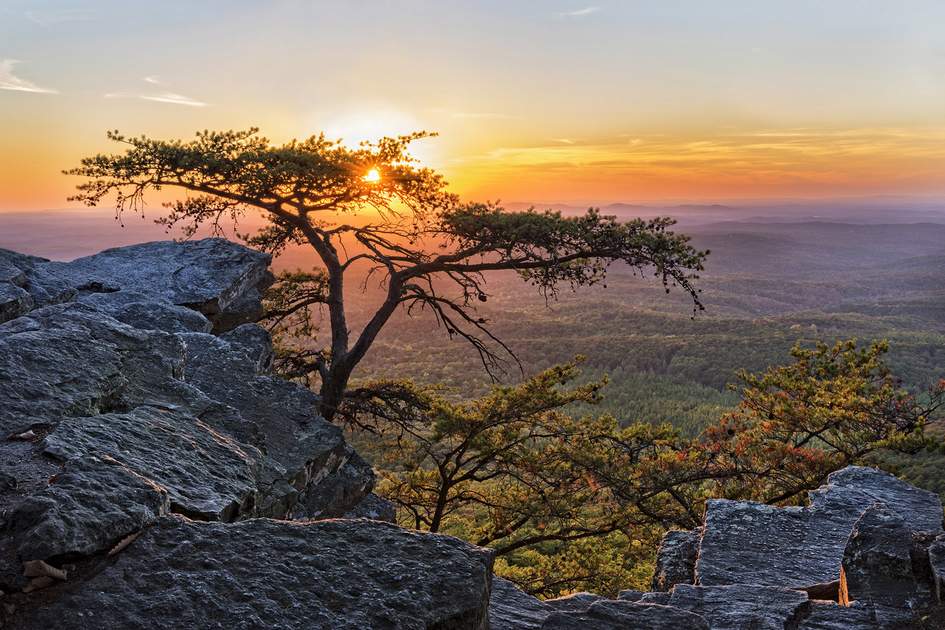 The range of natural wonders on offer is perhaps one of Alabama’s biggest secrets. From the wooded foothills of the Appalachians, ablaze with colour every autumn, to the beaches of the Gulf of Mexico, its 22 state parks harbour everything from caves and caverns to swamps and towering waterfalls.

You can drive or hike to the highest point in Alabama, Mount Cheaha, which rises above Talladega National Forest like an island above a sea of green. Trails criss-cross the slopes, while Bunker Tower tops the summit amidst granite boulders and weathered trees. From here all of Alabama seems to spread below you like a giant quilt. 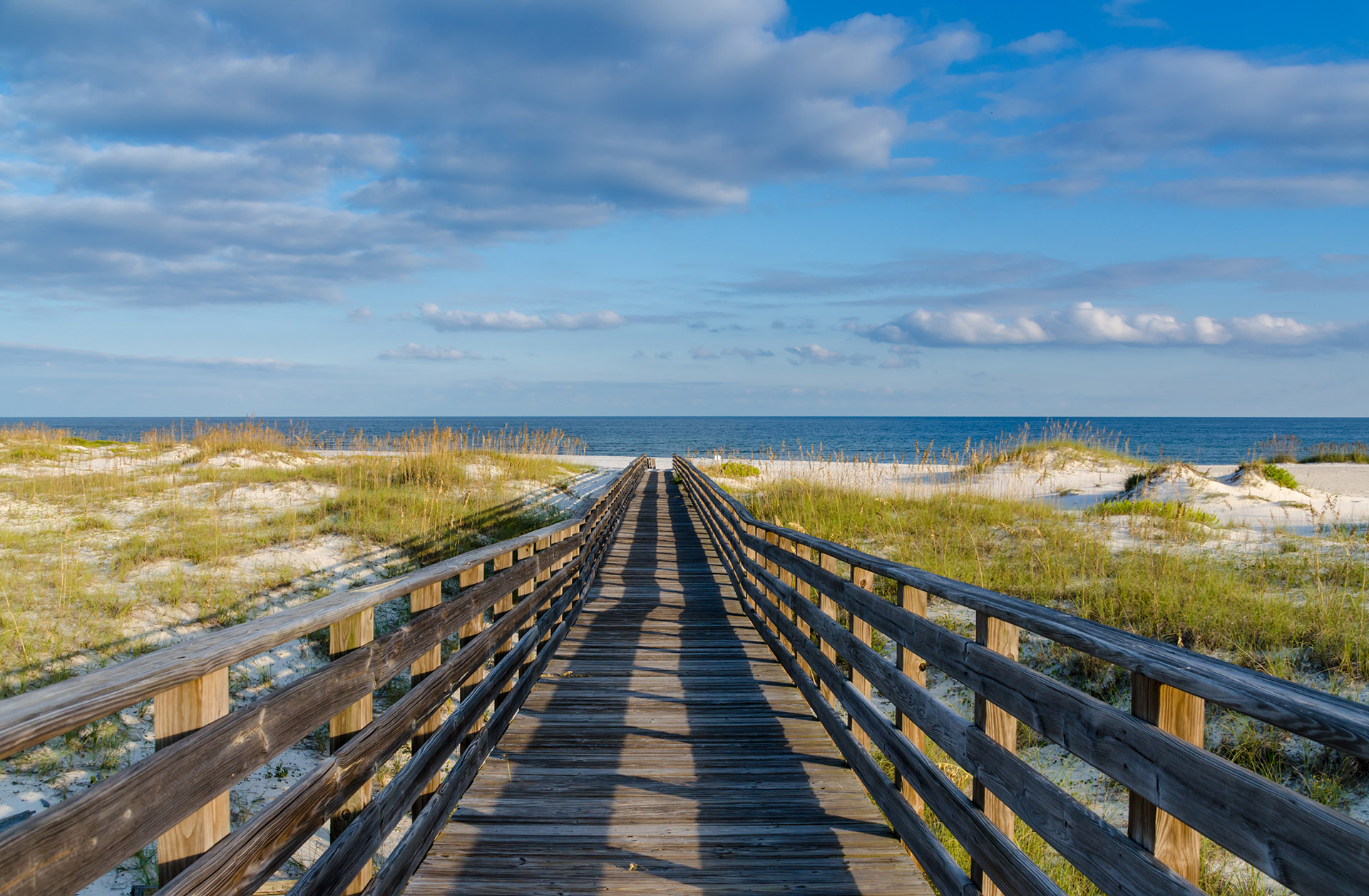 To the south the Gulf Coast beaches are swathes of sugar-white sand lapped by turquoise waters. Orange Beach is nestled between Gulf Shores and the Florida state line to the east. You can reach its eight miles of pristine sand via several state park access points. When the sun goes down, head to the Wharf for a bite to eat and evening entertainment.

Gulf Shores offers several gorgeous beaches for relaxation and fun. There’s always a buzz of activity at Gulf Shores Main Public Beach and it’s the easiest to reach – consequently it’s also the most popular. If basking in the sun isn’t your thing, there are volleyball nets set up, as well as watersports to try, such as kayaking, snorkelling, paddleboarding or zipping through the water on a jetski.

The beaches on Dauphin Island are great for families – shallow, safe and peppered with shells, hermit crabs and small fish. The sense of serenity on the island’s long slither of powdery sand is probably down to its semi-remote location. Lying three miles offshore from Mobile Bay in the Gulf of Mexico, it can be reached via a bridge or by ferry. 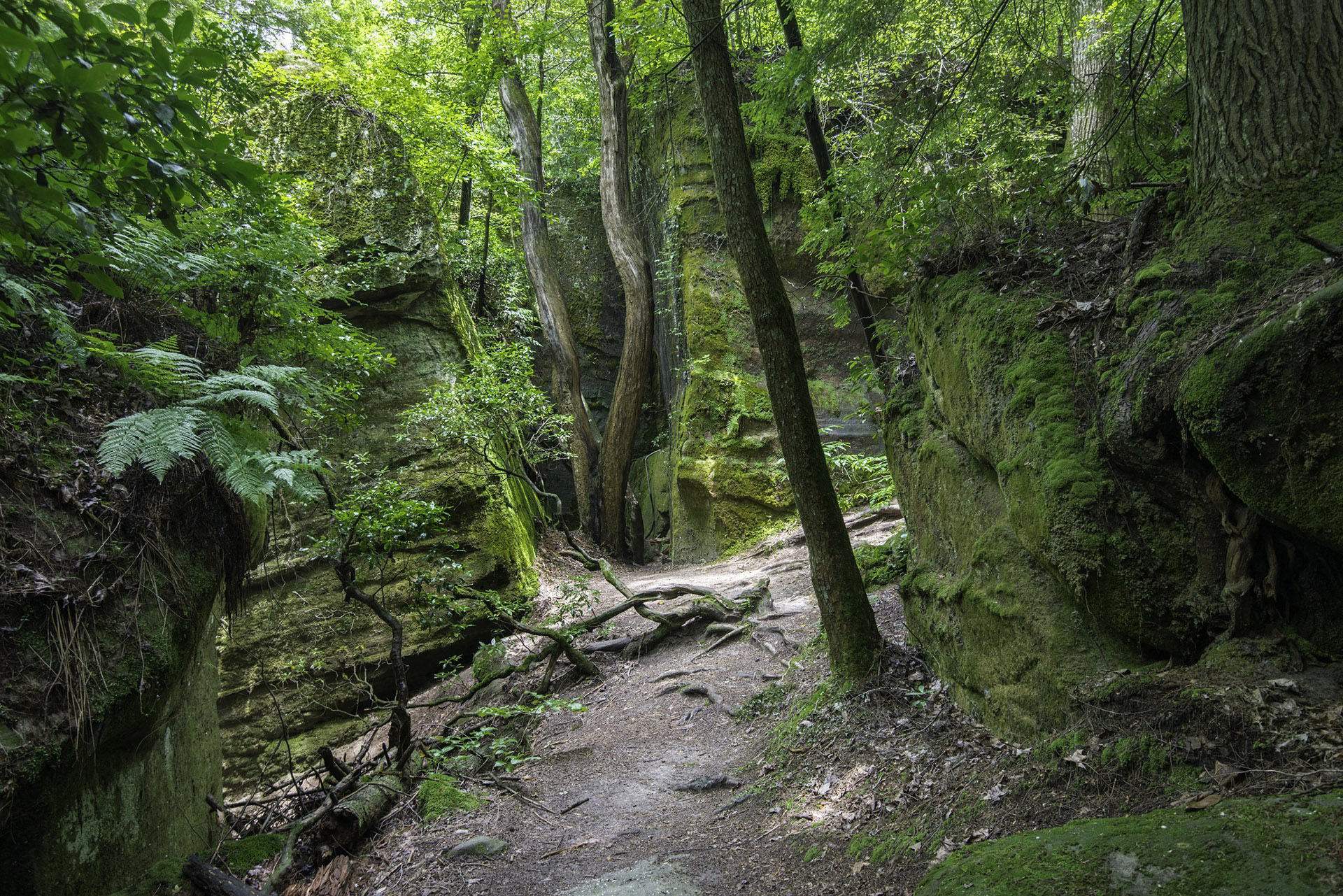 Take a night tour to see the “Dismalites,” bioluminescent larvae that glow blue-green on the rocks.

Indulge in great eatin’ and drinkin’

Foodies are in for a treat in Alabama. Barbecue is a southern institution and you’ll be dazzled by the succulent farm-to-table menu offerings from fine dining establishments to some of the best small-town fair across the land.

Along the coast seafood is king – try fresh royal red shrimp, or creamy shrimp and grits.

Sip a craft beer or two

Many of Huntsville’s breweries pay homage to their city’s ties to space. For a splash of tangy citrus, sample a Monkeynaut IPA from Straight to Ale, or a pitch black Dark Sky Saison from InnerSpace Brewing. 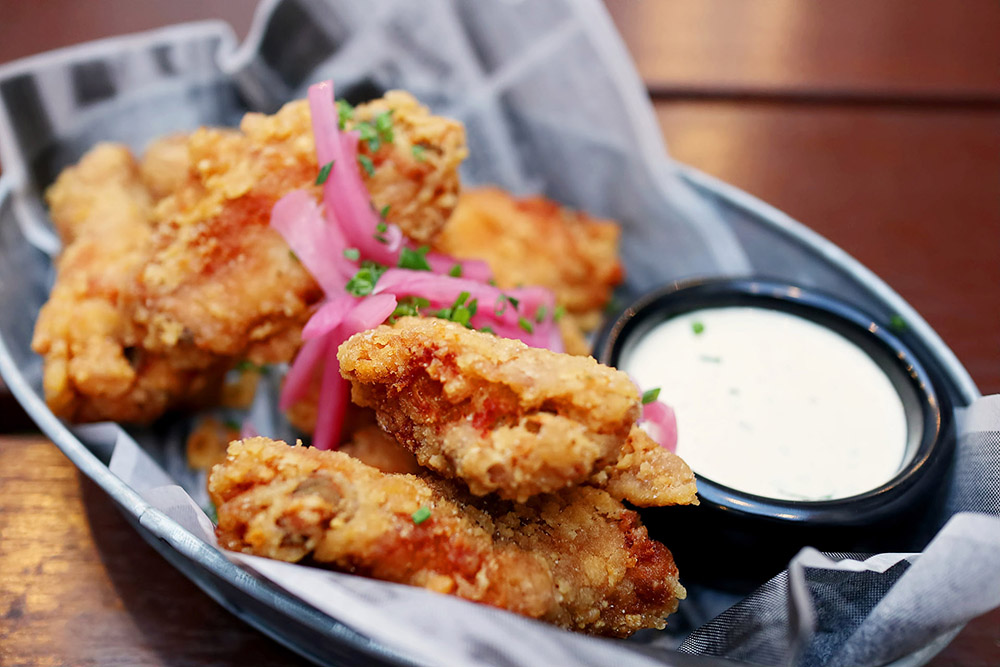 Grab lunch at a meat and three – and other classics

Grabbing lunch at a meat-and-three restaurant is an essential southern experience and a belt-loosening one. Choose one meat dish from a changing daily menu, and add three sides (think fried green tomatoes, mac ‘n’ cheese, rice and gravy, candied yams and fried okra). Grab a plate and pile it on.

Martin’s Restaurant in Montgomery has been known for its delicious fried chicken since the 1930s. Big Bob Gibson BBQ in Decatur knocks out its legendary smoked chicken and mayonnaise-based white barbecue sauce, an Alabama specialty.

Chris’ Hotdogs in Montgomery has been serving up hotdogs and hamburgers since 1917. In fact, it was one of few eateries to ignore segregation laws and feed all its hungry customers equally. Chris’ Hotdogs even attracted famous patrons like President Franklin D. Roosevelt, Elvis Presley and Dr. Martin Luther King, Jr., who was considered a regular while he lived in Montgomery.

Known as the oldest restaurant in Alabama, The Bright Star has come a long way since Greek immigrant Tom Bonduris first opened its doors in 1907. That humble little café is now a family-run 330-seat restaurant, offering up delicious platefuls of its signature snapper and steak, seafood gumbo and pies.

Alabama has a rich musical history that encompasses everything from country and blues to rock and jazz.

Take a tour at the legendary Muscle Shoals Sound Studios in the small town of Muscle Shoals. Everyone from Etta James and Aretha Franklin to Alicia Keys and the Rolling Stones recorded here. 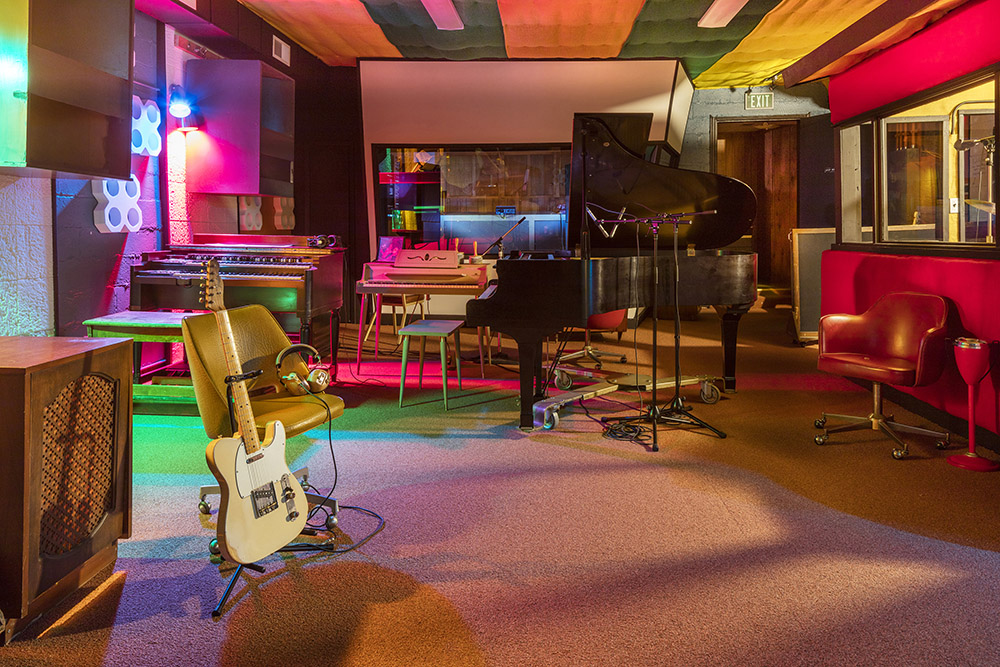 Blues, and country and western greats

Across the Tennessee River, Florence was the birthplace of W. C. Handy, aka the “Father of the Blues”. The W. C. Handy Birthplace, Museum & Library preserves the humble wood cabin where he was born and showcases personal memorabilia, including the piano where he composed “St. Louis Blues,” Handy’s most famous song. A music festival named in his honor – the W. C. Handy Music Festival, takes place in Florence each summer (featuring live rock, pop, gospel, R&B and jazz). 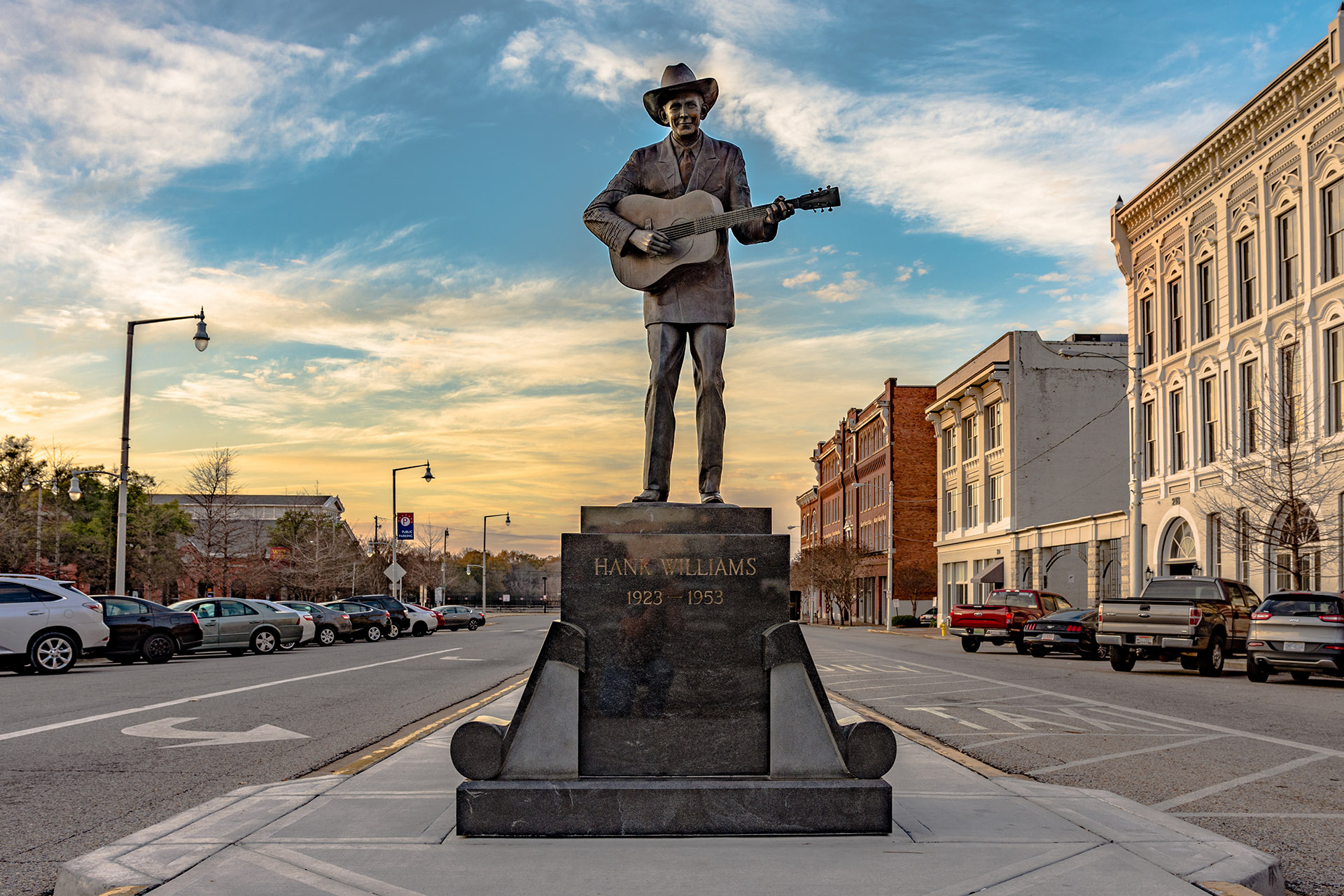 Celebrate Alabama’s musical legacy at the annual Hangout Music Festival, held over three days in May on the beaches of Gulf Shores. The Red Hot Chili Peppers, Billie Eilish, Megan Thee Stallion and Lana del Ray have all performed here. 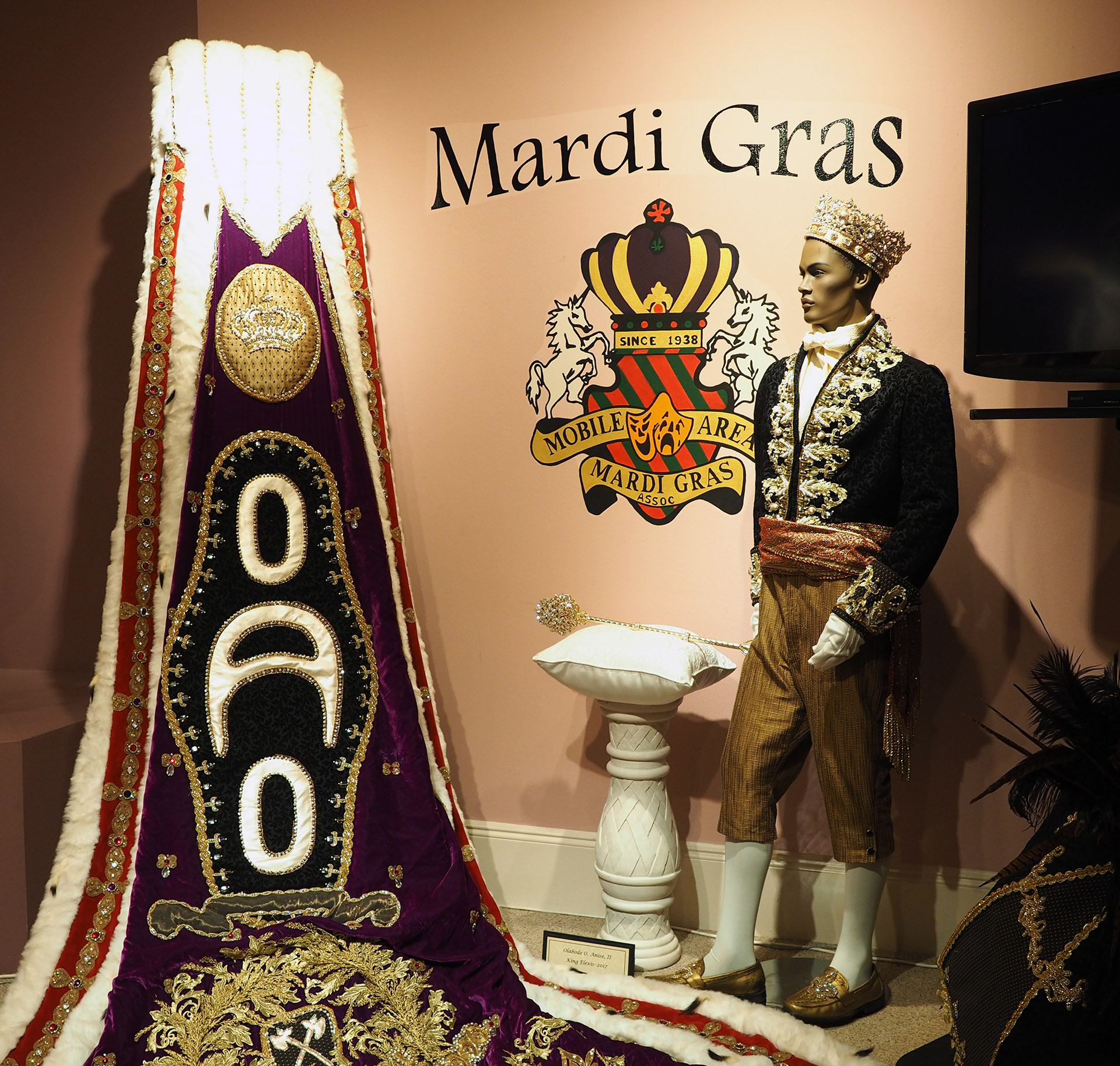 Alabama is considered to be the cradle of the American Civil Rights Movement. Discover key figures, such as Dr. Martin Luther King Jr. and Rosa Parks, and learn about the tumultuous events that occurred during the 1950s and 1960s. These include Rosa Parks’ refusal to take the back seat in Montgomery, the courageous Freedom Riders integrating intrastate travel, and marches from Selma to Montgomery for voting rights.

At the Rosa Parks Museum in Montgomery, the site where Mrs. Parks was arrested, you can ride a Montgomery city bus “time machine” to learn about the key role women played within the movement. The Legacy Museum has exhibits on the Montgomery Bus Boycott and the Transatlantic Slave Trade. 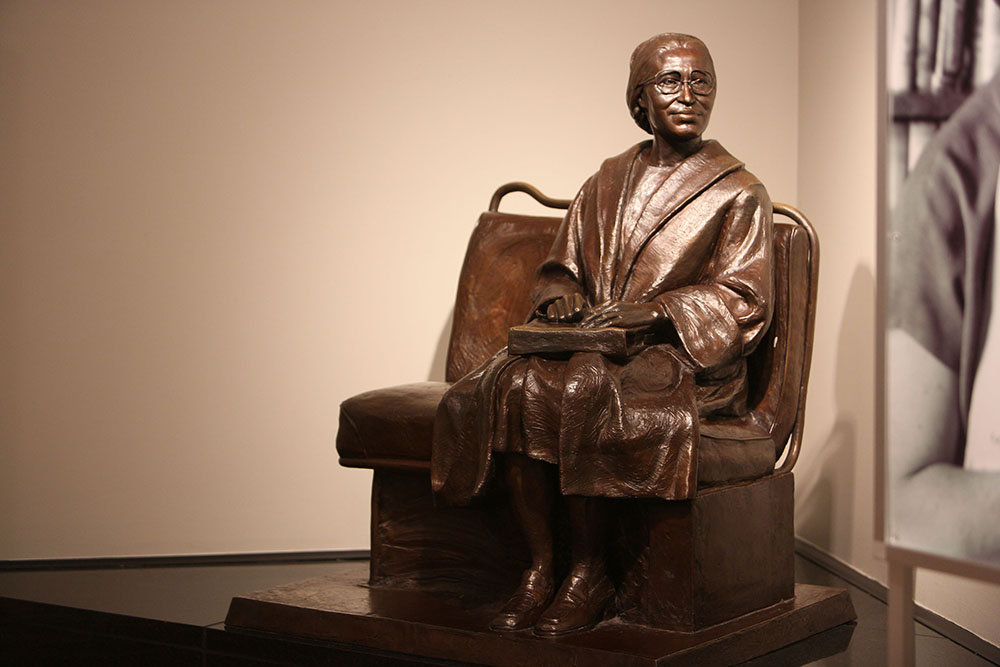 Harper Lee based her seminal novel To Kill a Mockingbird (1960) on her hometown of Monroeville. When the annual “To Kill a Mockingbird” the play is being produced within the Old Monroe County Courthouse, in April and May, visitors can re-live scenes from the novel at the Old Courthouse Museum, plus view exhibits on Lee and her childhood friend and fellow writer Truman Capote.

Shoot for the stars

NASA’s first moon rockets were developed in Alabama. Huntsville is known as the “Rocket City” and has been home to NASA’s Marshall Space Flight Center since 1960, which developed the Saturn rockets for the Apollo moon missions. At the US Space & Rocket Center you can learn to fly a F-18 Super Hornet, virtually experience the Apollo 11 moon landing, and even scuba dive at the Underwater Astronaut Trainer. 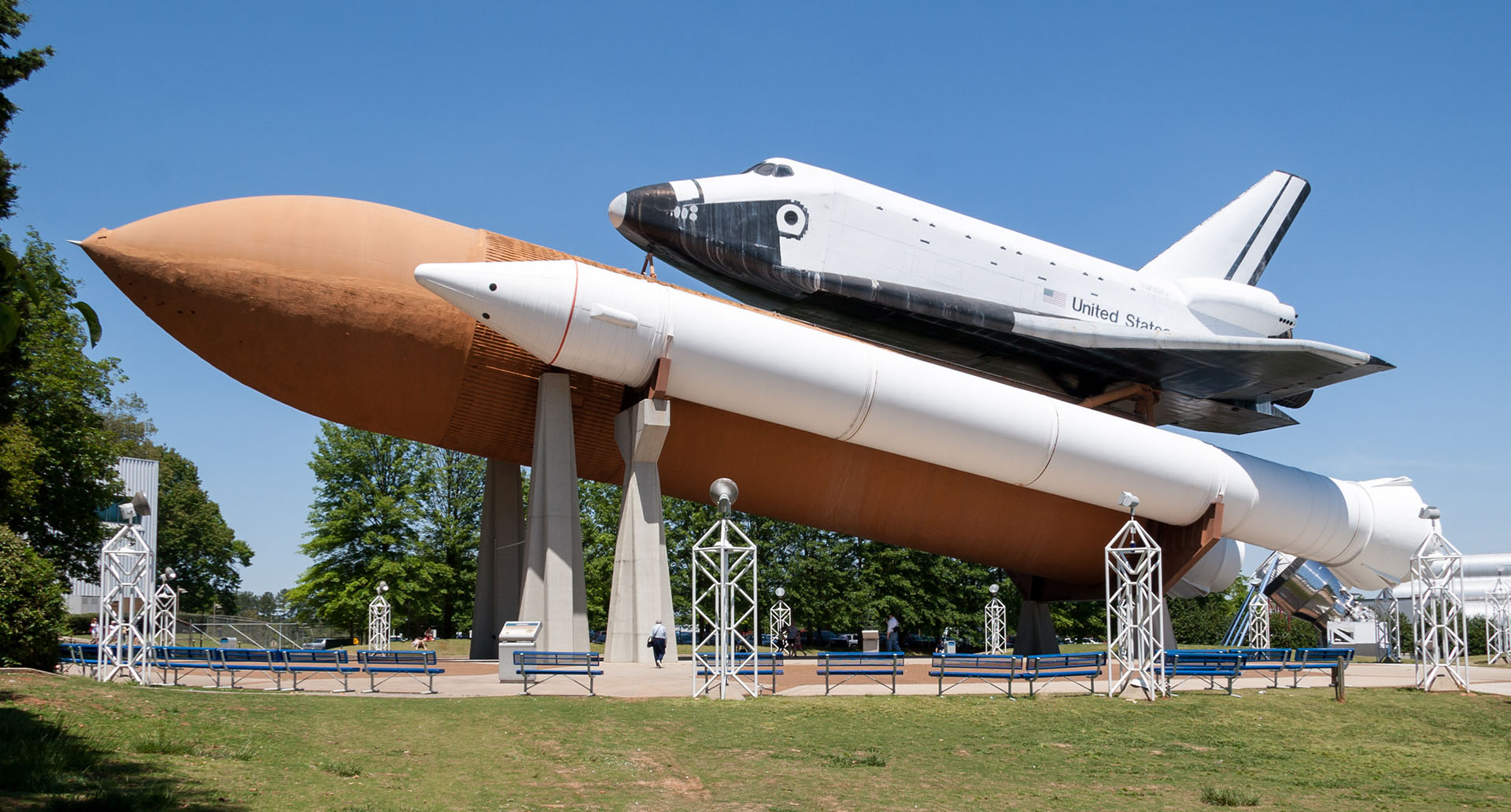 Find out more about visiting Alabama.