Bird Peeping Through the Nest – the art of Thai Boxing 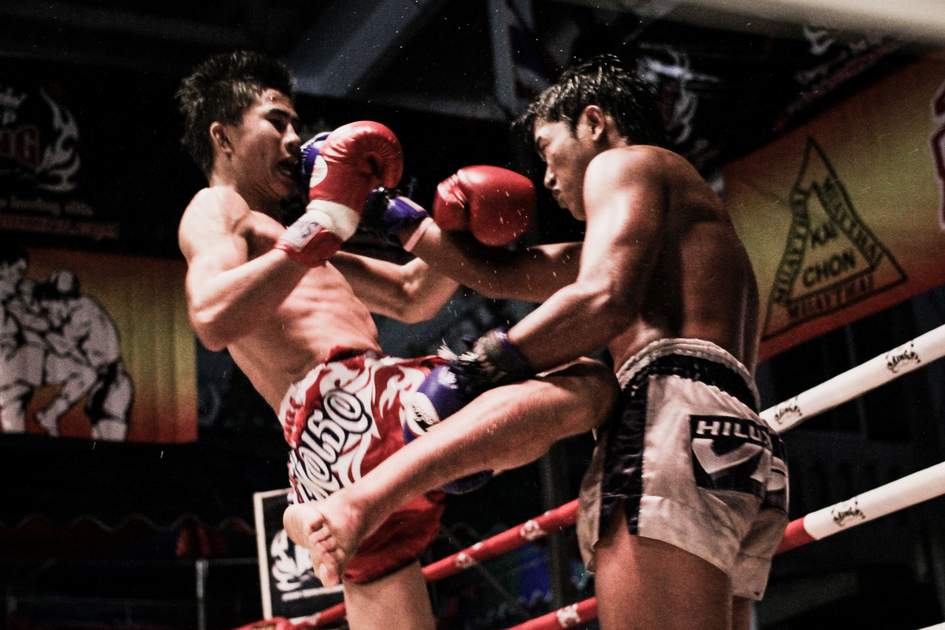 Muay Thai, or Thai boxing, has been a tourist attraction in Thailand for decades, and its something of an iconic experience for the more macho of Western visitors to climb into the ring in places like Phuket to fight Thai fighters half their size. It should be no surprise that they often lose. Muay Thai is a centuries-old discipline that was used to choose elite palace guards, and even today young boys begin their ring careers from the age of seven.

The earliest records of Muay Thai date to 1411, when two young Chiang Mai princes reportedly fought 'to the first blood' for the crown after their father King Sen Muang Ma died. Royalty has always had a strong connection with the martial art, and it's known as the Sport of Kings.

Palaces traditionally had boxing grounds outside, both for public entertainment and to choose elite palace guards. Sanam Luang performed the function for Bangkok and still has boxing matches today on special occasions, such as the king’s birthday.

Every soldier during the Ayutthaya period trained in Muay Thai, a practice that continues, and its importance is seen in the attempts of some Ayutthaya kings to be champions.

Naturally, as it was forbidden to hit – or in fact touch – the king, this was in some cases fairly straightforward. King Sanpet VIII (known as the 'Tiger King'), however, is legendary for fighting in disguise at a local temple fair and, so the story goes, beating the national champion.

Read more about Thai history: The Legend of Sukhothai 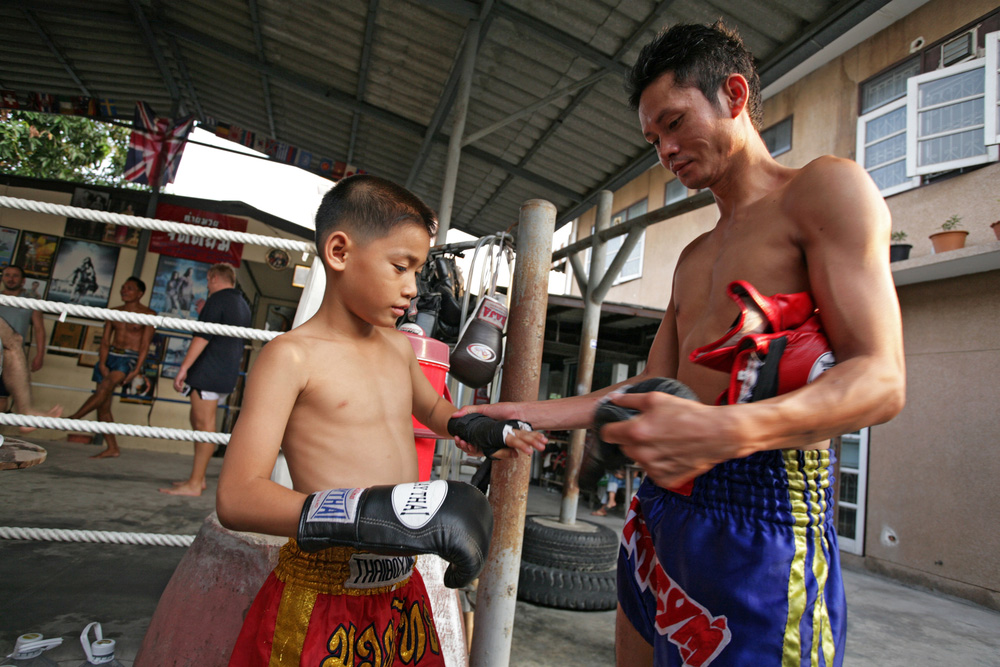 Young boys still have their first fights at temple fairs, usually in impoverished Isaan, sometimes as young as seven. They may win prize money of a few hundred baht; the good ones will be snapped up by promoters and soon become the family’s main breadwinner.

Despite prosaic names for the moves, such as 'Bird Peeping Through the Nest,' this is a brutal way to earn a living. Fists, feet, elbows and knees are all used to inflict damage. But there is also a strict ritual element to the sport. Before the fight starts, the boxers perform a wai kru ram muay dance around the ring to display respect to their trainers and appease the ring spirits.

The fights themselves are a popular, raucous spectacle, with a traditional Thai pipat band accompanying the action in a wailing of pipe and reed instruments. The crowd becomes increasingly animated as the punches rain and the betting action is a whirlwind of arms, signaling odds and wagers across the arena. Thai boxing is one of only two sports, along with horse racing, that are exempt from laws prohibiting gambling in Thailand.

Most towns where tourists congregate will have facilities to learn Thai boxing, sometimes with accommodation included. The gyms may even arrange fights if you’re good enough.

You can see Muay Thai in action in the film, Only God Forgives, where Ryan Gosling's character runs a boxing club in Bangkok – apparently Gosling spent three months in training for one particular fight scene.

Where to watch Muay Thai in Thailand

Matches are on Tue, and Fri–Sat, 6.30 and 8.30pm. Tickets at three price categories. The best seats are the ringside ones.

It holds Muay Thai kickboxing fights featuring Thais and foreigners at 9pm every Wednesday, Friday and Sunday. At the far end of Soi Bangla.

One of several camps across Phuket that offer various training programmes and arrange fights for you once you’re good enough.

Every Wednesday and Friday night at 8.30pm, locally trained fighters collide in the ring for up to 10 muay Thai matches in this small stadium.

Northern Thailand’s well-known Thai kickboxing training camp offers instructions on a daily, weekly and monthly basis. They also have a training camp in the hills outside town.