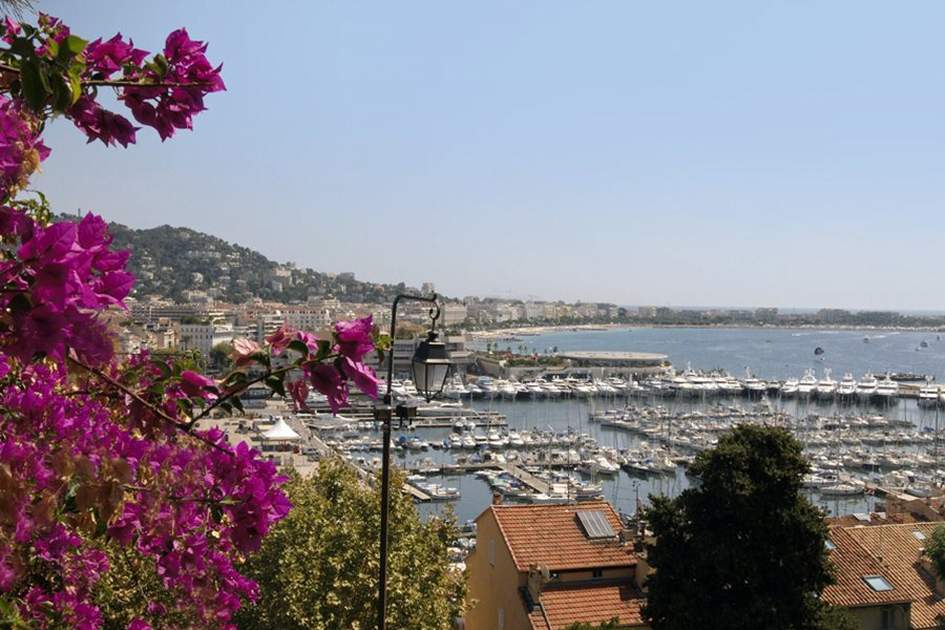 Every May for 12 days, Cannes is transformed into a mini-Hollywood with 80,000 visitors who have come to schmooze, eat, drink and make deals in film.

The origins of the festival lie in the French distrust of the Venice Film Festival, launched by Mussolini in the 1930s. With all the prizes going to the Fascist films, France proposed retaliation with an international festival at Cannes set to begin in September 1939. However, the timing was not right. Mae West and Norma Shearer arrived on the steamship Normandie at the outbreak of World War II and had to sail straight home again.

So the festival had its premiere in September 1946 in the old Casino of Cannes; it started more as a film forum than a competition, as almost all the films presented received a prize. In 1951, the timing was changed to the spring, and over the next few years it was possible to fit everyone involved in the festival into a small boat and head off for an island lunch. It was also common for the jury to include illustrious members of the Académie Française – one particular member admitted that the last time he had seen a film was in 1913. A British critic records that in 1955 he was invited to a screening where he shared the auditorium with just two other men, Pablo Picasso and Jean Cocteau. Publicity for the festival escalated when Brigitte Bardot appeared at Cannes in 1955 and 1956.

As the festival gained in importance, the Marché du Film was established in 1959, showing films not in the competition to distributors and journalists. It created a unique opportunity to meet colleagues in the film industry, build up future projects and do business with partners from an increasing number of countries.

Before the beginning of each event an international jury, composed of a president and eight other artists in the film world, is appointed by the board of festival directors. They award the Palme d’Or (Golden Palm) to the best feature film, the highest award a film can receive outside Hollywood, which confers upon the film considerable prestige but not usually the box-office takings of an Oscar winner.

In 1993, for the first time, two Palme d’Or awards were given: one to The Piano, directed by Jane Campion (the first female director to win at Cannes), and the other to the Chinese film Farewell My Concubine by Chen Kaige. Recent Palme d’Or winners include Uncle Boonmee Who Can Recall His Past Lives (2010), by Apichatpong Weerasethakul, and The Tree of Life (2011), by Terrence Malik. Other awards are given for best director, actor, actress and screenplay, as well the Jury Award, the Caméra d’Or for best first feature film and the Palme d’Or for best short film.

In a bid for these coveted prizes and international recognition, Cannes, for two weeks of the year, incorporates the film world along with all it entails: glamour, glitz and a never-ending quest for the ultimate party of parties.

"Wonderful tour. Our guide was good and gave us lots of information. The experience itself is something you cannot do on your own. I highly recommend it for families. The place was very busy but the people that work there were welcoming. You cannot get... Read more

This tour was one of the highlights of our Paris trip with a family of 4 kids age 12 and 6. Our guide, Roberto, was so knowledgable and enthusiastic. He took us all over the St. Germain area of Paris, and you could tell his love for the city and his profession. He not only took us to amazing Patisseries and Chocolatiers, but also provided history of sights along the way and gave us wonderful recommendations for restaurants during our stay. Roberto was so generous with his time, that we continued the tour past the end time and tasted delicious jams and spreads at an additional stop. Our six year old stayed engaged throughout the tour and now loves chocolate macarons!