Caribbean architecture and how to stay cool 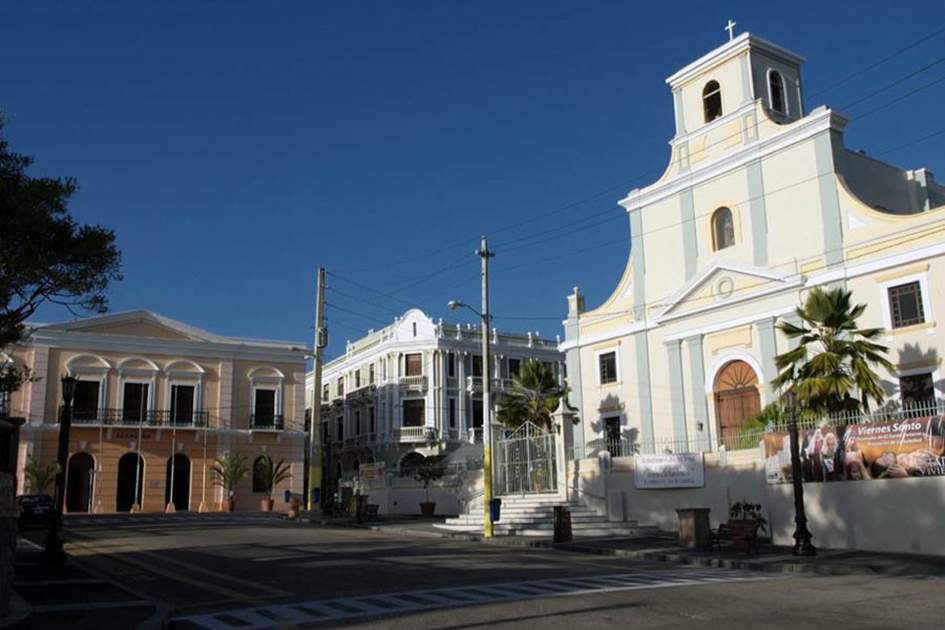 When Columbus hit upon the West Indies at the end of the 15th century, the dwellings he found there were nothing compared to what he was used to in Europe, and he wrote to a friend that the “[Indians] live in rocks and mountains, without fixed settlements, and not like ourselves.” In fact Amerindians slept in round or oval-shaped huts built of timber and covered with a conical roof made of palms or grass from swamps.

The first Europeans left on the islands to set up trading posts, and then the settlers, copied these Indian shelters, but soon introduced wall construction with wooden beams and shingles for the roofs. However, even after Emancipation the slaves rarely built with stone, and single-roomed thatched houses with walls of clay and straw were still in use in the 20th century.

A medley of styles

When the sugar trade to Europe started, many ships brought huge amounts of red brick and stone in their hulls as ballast. Wealthy planters and merchants on islands like Barbados and Antigua built their Great Houses with it. In Statia’s heyday ballast was used for the warehouses on the waterfront. Several styles developed, the Spanish adopting Moorish traditions while the French introduced cast iron. Later, the American invention of mechanical saws gave rise to the intricate wooden lacework – gingerbread – on many facades.

For the black population of Barbados, mobility was once essential to survival. After Emancipation the planters had to employ labor and, still wanting to control the freed slaves, allowed them to establish small settlements on their land. This made the workers dependent on their employer’s goodwill, and they were rapidly chased off the land if there were any problems. So the chattel house was developed: a small wooden “sleeping box” easy to dismantle and take along on a cart to another plantation.

Supported by big rocks or concrete blocks so that rainwater can pass underneath, the one-room house with an optional partition inside is made up of wooden planks fixed to a framework. Makeshift steps lead up to the only door, opening on to the family’s living space. Here parents and children, and often grandparents as well, used to sleep in one room. The cooking was done outside, as was any entertaining of neighbors and friends.

This nucleus of a family home – with one or two extensions – is still a common sight in Barbados, especially in the more remote country districts, and only a few years ago a whole village moved from a hilltop to a valley, where running water was available.

Colonial architecture in Havana may not be as decorative as that found in other Spanish colonies such as Peru, but it has a simple, solid elegance. Old Havana is, without doubt, the finest showcase of colonial architecture in Cuba. Its features are seen all over the island, however. Other cities particularly worth visiting for their architecture are?Camagüey, Gibara, Remedios, Santiago, and, especially, Trinidad.

The strongest influence on Cuban colonial architecture came, of course, from Spain, in particular from Andalusia, where the so-called Mudéjar style – a fusion of Christian and Arabic architectural traditions that developed in medieval Spain – predominated at the time of the colonization of Cuba. Many of the early buildings in Havana were built by Mudéjar craftsmen, who came by ship from Seville and Cádiz and adapted the styles they knew to suit the conditions in the Caribbean: primarily the hot climate and the relative paucity of materials. The talent of these craftsmen lay above all in carpentry. Woods such as mahogany and cedar were abundant in Cuba at that time, and were used to construct ceilings, doors, columns, and railings, as well as furniture.

The other predominant style is Baroque, which reached Havana in the late 18th century, and was primarily used in the building and decoration of churches. This more flamboyant, sophisticated architecture proved to be a perfect medium for expressing the new-found confidence of a nation enjoying its first real economic boom – though the wealth was concentrated in the hands of a few. While undoubtedly grander than anything that had gone before, fusion with the existing Mudéjar styles kept Cuban Baroque relatively simple.

How to stay Cool in the Caribbean

The most striking features of Caribbean colonial design are solutions to the problem of how to keep cool – namely, by creating the maximum amount of shade and ventilation.

Courtyards: many houses were laid out around a courtyard, with arcades enabling residents to move from room to room in the shade.

Doors: these were very tall and had small windows or postigos that could be opened to provide light and ventilation without having to disturb the residents’ privacy by opening the whole door.

Ceilings: vaulted ceilings (alfarjes) were not easy to build but were higher than flat ones and kept rooms cooler.

Mamparas: these swing doors, with decorative glass panels and fancy woodwork, were popular in the 1800s and allowed air to circulate between rooms.