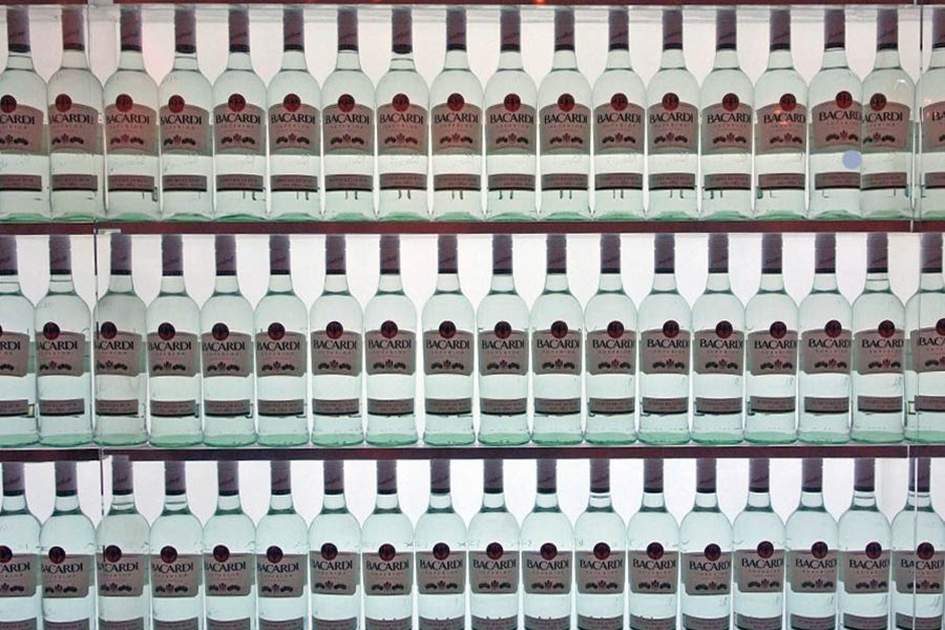 It is Christopher Columbus who can be thanked for the fine Caribbean rums today, because he happened to bring some sugar cane with him on his second voyage to the New World in 1493. It wasn’t long before large cane plantations sprang up to meet the growing world demand for sugar. But the Spanish settlers discovered that sugar was not the only profitable substance produced from cane when they found that its by-product, molasses, fermented naturally.

Not satisfied with the flavor and proof of this “molasses wine,” the Spaniards distilled it, filtering out impurities and increasing the concentration of alcohol. Rum was born.

There are four essential steps in the making of rum: fermentation, distillation, aging, and blending. Aging is most commonly done in used bourbon barrels made of white American oak. Puerto Rican law states that rum must age untouched for at least one year; there are, in fact, rigid standards for every step of the rum-making process.

Puerto Rican rum is distinguished from other Caribbean rums by its light body and smooth flavor. Its premium-aged rum competes admirably in the upper end of the spirits world and has a broad range of flavors comparable with single malt Scotch.

The Rolls-Royce of Rums

If you think rum is only good for fancy cocktails, think again. Gold, premium-aged rums can, at the very least, be a suitable substitute for whiskey: consumed straight or on the rocks. At their best, gold – or añejos – rums rank right up 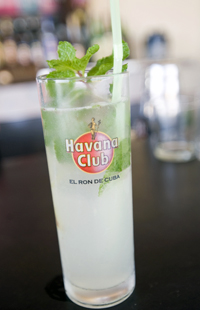 there with the finest cognac. There is more than one añejo out there, of course – Bacardi has its “Gold Reserve”; Serrallés has “El Dorado.” But many rum connoisseurs point to Ron del Barrilito, who only makes premium-aged rums, as a real leader in the field with its unblended three-year-old Two-Star and blended six- to ten-year-old Three-Star – both coming in at 86 percent proof. Located in Bayamón, only 10 minutes away from the ultra-modern Bacardi facility in Cataño, Barrilito rum is blended and aged on a 200-year-old Fernández family farm called Hacienda Santa Ana. Instead of using white American oak bourbon barrels for aging like most rums, they traditionally used only sherry casks, and this practice continues to this day. So put away those paper umbrellas and get out your snifter: these are rums to be savored.

Rum has long been associated with pirates, smugglers, and sailors and featured in many a classic “Boys’ Own” adventure story as barrels of the liquid gold were rolled on to British shores by the light of the full moon – duty free.

It didn’t take long to discover that a forceful fiery liquor could be produced from sugar cane, and in Barbados in the 1640s the first batches of locally distilled spirits were introduced, or, rather, experienced! Referred to as “kill-devil” by the English Royalist refugee Richard Ligon in A True and Exact History of the Island of Barbados in 1657, the drink was strong and barely fit to drink; those who imbibed it quickly felt its effects. As Ligon wrote, “It lays them to sleep on the ground.”

Or else, too much of it ended in a “rumbullion,” an old English word for a noisy brawl – hence the name rum. Another early visitor to Barbados wrote that “the chiefe fudling they make on the Island is Rumbullion, alias Kill Divill, and this is made of sugarcanes distilled, a hot, hellish and terrible liquor.”

Rum is usually made from molasses, the thick, black treacle left after the juice from the sugar cane has crystallized, although the French islands make theirs from sugar-cane juice. Spring water – in Barbados it is filtered through coral rock – is then added and it is left to ferment. After distilling, more fresh water is added to what is now a colorless liquid of almost 95 percent alcohol, and it is poured into oak barrels to slowly mature; the best rum is stored for at least 7 years. The golden color develops from the secret ingredients added by the master blender, which may include vanilla, almond extract, caramel, or older types of rum, combined with the smoked interior of the barrel, which are often recycled Bourbon whiskey barrels. It remains colorless when kept for a short time in stainless steel barrels. 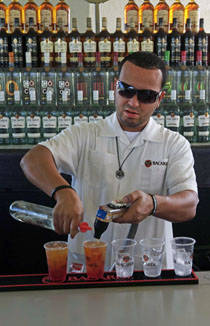 Many of the islands have their own rum factories with their own brand that they are fiercely proud of. For example, Barbados, where it all began, has Mount Gay and Cockspur; Trinidad has Angostura; and Martinique produces several kinds, including Trois Rivières and St Clément.

For sailors in the British Royal Navy, rum was an important ingredient in their daily rations – it helped keep them upright in stormy seas and raised morale. But they were extremely upset in 1731 when Admiral Vernon ordered that the spirit should be diluted with water. This concoction was disparagingly called a “grog” after the admiral, whose nickname had been Old Grog because he always wore a cloak of a coarse material called grogram.

Since then rum has been diluted with a wide variety of juices and mixers, creating some wonderful cocktails and punches. However in the rum shops on islands such as Trinidad and Barbados (where you will find one in most villages) rum is drunk neat or “on the rocks.” A rum shop is not merely a bar; it is a village store, a community center, an arena for fiercely competitive domino-playing, a place where tongues are loosened, politics discussed, and rumors spread. “Man, leh we fire one on that!” is the exhortation prompted by a happy event.

It is still largely the province of men: “Men in de rum shop; women in de church,” so the saying goes. And Lord Byron may have been thinking along the same lines when he wrote,“There’s nought no doubt so much the spirit calms/as rum and true religion.”