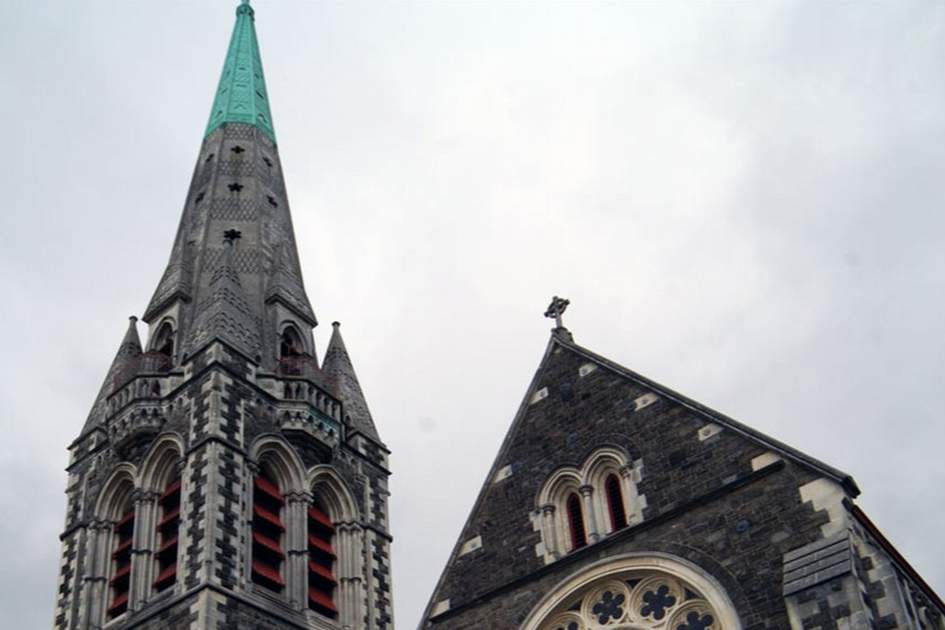 Christchurch cathedral before the earthquake

The earthquake and the cathedral rebuild proposal

The city of Christchurch on New Zealand's South Island hit the headlines last year after suffering an earthquake and subsequent tremors throughout 2011. It recently made the UK news again after a controversial decision to dismantle the city's cathedral, causing uproar. We contacted our New Zealand correspondent, Donna Blaber, for an on-the-ground view:

"A walkway through Christchurch’s cordoned-off ‘red zone’ has allowed over 60,000 people to bid the earthquake-damaged Christchurch Cathedral farewell, following the Anglican Diocese’s recent decision to dismantle the cathedral and rebuild.

Located in the heart of the city, bordering Cathedral Square, the landmark building has dominated the skyline since the city’s beginnings, but was extensively damaged during the fatal 6.3 magnitude quake of 22 February 2011, and ongoing shakes have caused further damage. Many locals are rocked by the decision and believe it will impact negatively upon tourism.

Christchurch’s famous wizard, who once frequented the city square to lament on a range of subjects from terrorism through to world peace, has collected thousands of signatures from locals opposing the demolition.

Believing there is an ulterior motive, he is also heading an active protest movement, which takes place outside the Canterbury Museum every Sunday at midday.

The New Zealand Historic Places Trust says it would also like to see the cathedral rebuilt – along with several other quake-damaged heritage buildings.

Meanwhile, the Anglican Church stands by its decision and says it cannot afford the $100 million it would cost over and above its insurance payout to rebuild the cathedral. Instead, it plans to deconstruct the cathedral building down to two or three metres for safety reasons.

A decision on the new build of the cathedral has yet to be made. It is also unknown whether the new cathedral will be built on the same site. This will depend upon the results of stability tests.

The deconstruction is likely be completed by the end of 2012."

Has the cordon in the city centre been lifted?

"Regrettably, 181 lives were lost and the majority of the city's heritage buildings were damaged in the major earthquake of February 22 2011; further harm was caused by thousands of aftershocks. The rebuild of Christchurch will continue well into 2015, and until further notice the inner CBD (known as the "Red Zone") has been cordoned off for safety.

For travellers contemplating a visit to Christchurch, what is there to see and do still in the city?

However, during the upheaval, new hubs have emerged in the inner city suburbs of Merivale and Riccarton, and in the outlying suburbs near Christchurch International Airport (Harewood, Bishopdale and Burnside – see below), which have not been damaged by any of the quakes.

Although the vast majority of Christchurch's inner city attarctions will remain closed for some time, those that remain open include the Canterbury Museum (www.cantmus.govt.nz). Built in 1870, this is where the Exploration of Antarctica Hall vividly illustrates Christchurch's association with Antarctic exploration.

The adjacent Christchurch Art Gallery (www.christchurchartgallery.org.nz) displays two Rodin sculptures. This contemporary glass-and-steel building withstood the violent forces of the major February 2011 quake and operated as the headquarters for Civil Defence National and local teams, as well as a base for national and international rescue teams.

Northwest of the city, the suburbs of Harewood, Burnside and Bishopdale offer a range of excellent attractions. The International Antarctic Centre (www.iceberg.co.nz) offers the chance to ride snow-mobiles and Hagglund all-terrain vehicles, and to see a live display of little blue penguins. Feeding sessions are held daily at 10.30am, 1.30pm and 3.30pm.

At Orana Wildlife Park (www.oranawildlifepark.co.nz) visitors can commune with New Zealand farm animals as well as exotic species such as rhinoceroses and cheetahs. There are also displays of NZ wildlife including tuatara, kiwi, kereru and kaka."

Find out more about Donna, author and updater of several Insight and Berlitz guides to New Zealand, at www.donnablaber.com.

The Hotel Grand Chancellor in Christchurch is also being deconstructed due to damage caused by the quake. The  picture below (taken by Anna Muray, resident in Christchurch during 2011) shows a certain sense of humour resides amongst the city's residents... 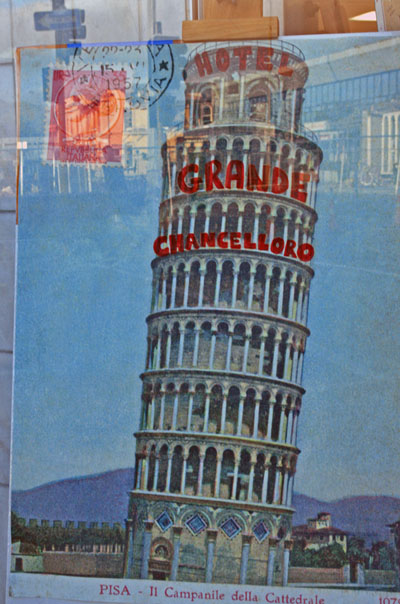 North Island: A self drive trip from Auckland