Columbus Day in the United States 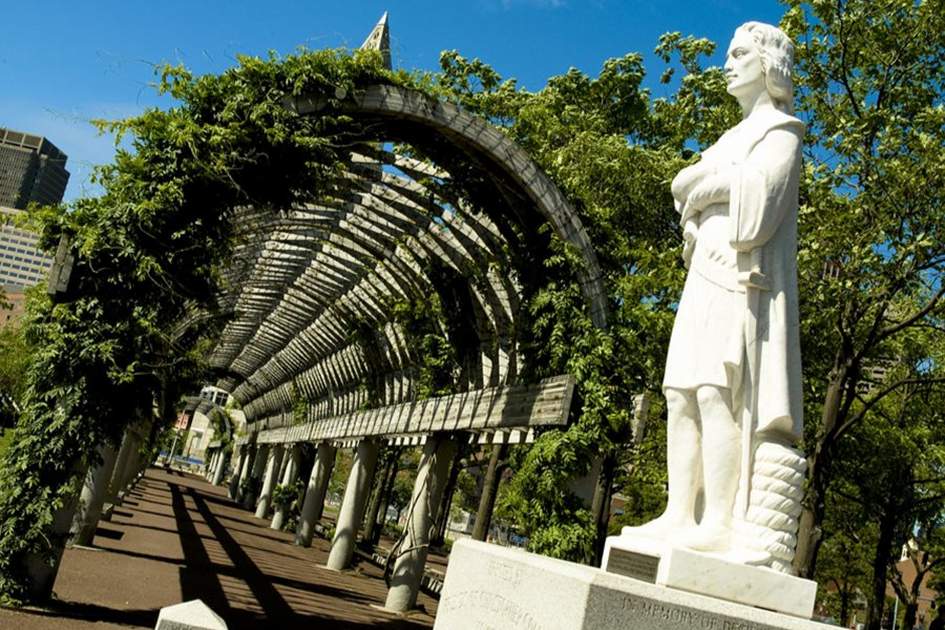 On October 12, 1492, Christopher Columbus landed in the “New World”. The day is celebrated by many and vilified by others, but forgotten by few. Regardless of your feelings about the arrival of Europeans on the North American continent, there is no doubt that the landing of the Niña, the Pinta, and the Santa Maria changed the course of history.

Primarily known as a federal holiday in the United States of America, Columbus Day is recognized by a number of countries: Dia de la Raza is celebrated throughout Latin America, and even Spain gets in the act with Dia de la Hispanidad and Fiesta Nacional.

It was in Denver, Colorado in 1905 that the holiday was first officially proclaimed, although it took nearly 30 years before it was recognized nation-wide by President Franklin Delano Roosevelt in 1934. The Italian-American community often claims Christopher Columbus as their own, even though he was sailing on behalf of the Spanish King Ferdinand and Queen Isabella. Columbus’ arrival, of course, precipitated disaster for the indigenous people of both continents, as disease, conflict and cruelty came in his wake. Although some choose to celebrate the discovery and adventure of his voyage, others remember it as a time of sadness.

Today, there are a wide variety of places to celebrate Columbus Day. San Francisco claims the oldest Parade.

If you’re in New York on Monday, October 14, watch out for the parade that stretches down Fifth Avenue. More than 100 groups and 1 million spectators gather to celebrate the spirit of exploration and courage that inspired the 1492 expedition.

If you find yourself in Nevada, Hawaii, or South Dakota, however, you’re out of luck. These three states choose not to recognize Columbus Day. Nevada instead celebrates Nevada Day on October 31, while Hawaii calls it Discoverer’s Day. South Dakota has declared an official state holiday called Native American Day.

Throughout the 20th century, the tenor of Columbus Day has changed. From a raucous celebration of Italian-American culture to a more somber and dignified Day of Remembrance, Columbus Day offers an opportunity to reflect on how global travel changes both the visitor and the local – and not always for the better. Take a moment to think about your next trip; try to think of a way to leave a positive footprint - volunteer, donate, or travel ecologically. Make your travel experience as beneficial to the local people and environment as possible ... it's the only way to make sure that remarkable places and people will be around for a long time to come.