Drink your way around Japan

Drinking is a national pastime in Japan, be it a raucous evening sake session or an elegant tea ceremony. Read on for our overview of what beverages to imbibe when in Japan, from firewater to matcha. 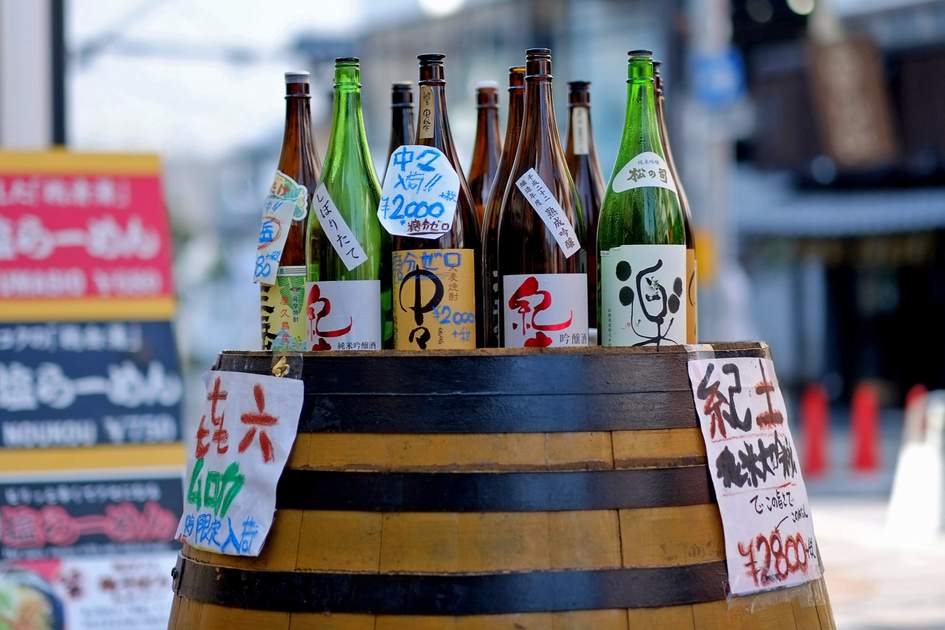 Whoever wrote the line, “If Venice is built on water, Tokyo is built on alcohol,” was spot on. Drinking, in fact, is a national pastime. Although Sapporo beer is probably Japan’s largest liquid export these days, the quintessential Japanese drink remains sake. And no trip to Japan is complete without experiencing a traditional tea ceremony.

A staple as much of Shinto ceremonies as of the rituals of the modern Japanese table, the quality of sake depends largely on the rice and water used in its fermentation. There are over 500 local sake breweries throughout Japan, and those in Niigata Prefecture are reckoned to be the best.

Sake is graded as tokkyu (special), ikkyu (first grade) and nikyu (second grade). Connoisseurs generally ignore these categories, established largely for tax purposes, in favour of the high-grade junmaishu (sake unmixed with added alcohol or sugar) and the very superior ginjo-zukuri, the purest sake on the market, a complex brew bulging with the kind of fragrance and fruity undertones associated with top French clarets. Serious drinkers tend to favour dry sake (karakuchi) over the sweet variety (amakuchi).

Besides the classic clear sake, there is a variety, called nigori-zake, in which the rice solids have been left to sit in a thick sediment at the bottom of the bottle, resulting in a milky colour when shaken. A relative newcomer on the drinks scene, effervescent sake makes a lively end to a drinking session, or a light coda to a meal.

Unlike wine, sake does not age well and is best drunk within six months of bottling. Premium sake is at its best cold. Cheaper brands are often drunk hot during the winter.

Immerse yourself in Japan's culture on a private, tailor-made trip

A stronger tipple is shochu, a distilled spirit made from grain or potato. Shochu is often drunk with a soft drink or fruit juice, but straight, high-quality shochu has become de rigueur among young people. It can also be drunk oyu-wari (with a little hot water), which is a great way to warm up in cold weather.

Okinawa has its own firewater, a spirit known as awamori. Made exclusively from Thai rather than Japanese rice, it is a reminder that these islands once enjoyed a thriving trade with Southeast Asia. Some awamori makers play music while the alcohol is fermenting in the belief it enhances the process. The Onna distillery in Okinawa places jars of awamori under the sea for a day, producing what they believe to be a more rounded, mellow Shinkai (Deep Sea) brand. 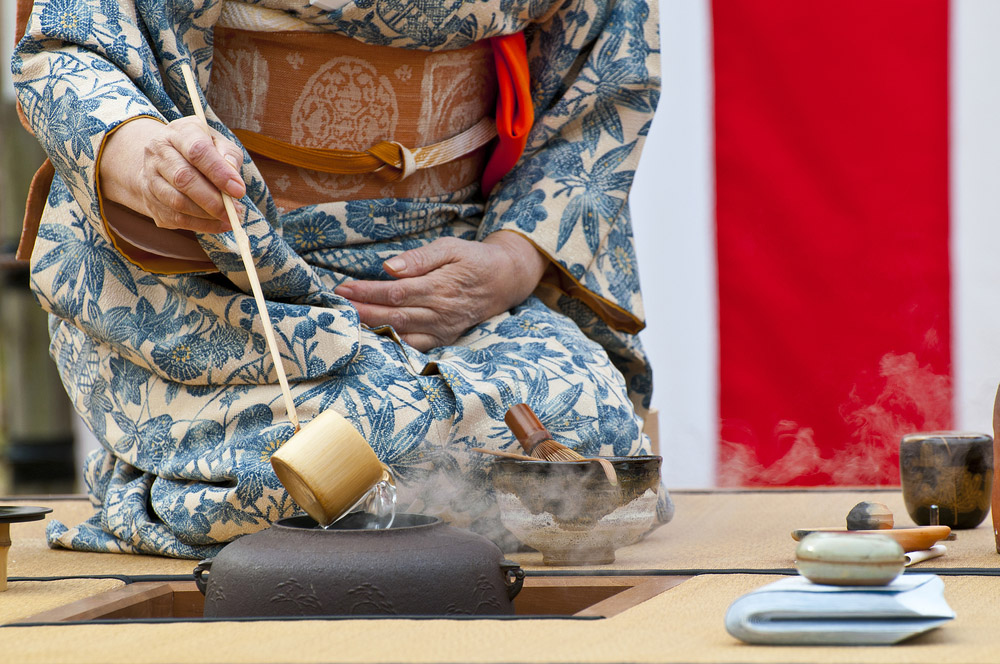 Nothing expresses Japanese formality and emphasis on social protocol more effectively than the tea ceremony. Although tea-drinking appeared early in Japanese history, it was not until the 12th century that the special strain of the tea bush and the technique of making powdered green tea (matcha) were brought from China. Making the tea is not the challenge; it is making it in the right spirit that consumes a lifetime of effort. Implements and procedures have value only towards a higher objective – the ability to show sublime hospitality. Experience it for yourself.

Ocha, Japanese tea, with variations, is a year-round drink. Japanese tea means green tea of various qualities. Tea is graded into the coarse and very cheap bancha, the better-quality leaves of sencha and, at the top, gyokuro, a fine brew made from the most tender bud leaves of the more mature bushes. Mugicha is a summer drink of chilled buckwheat tea. Hoji-cha is a roasted tea made from bancha. Genmai-cha is mixed with grains of roasted rice, giving it a rustic, nutty flavor. 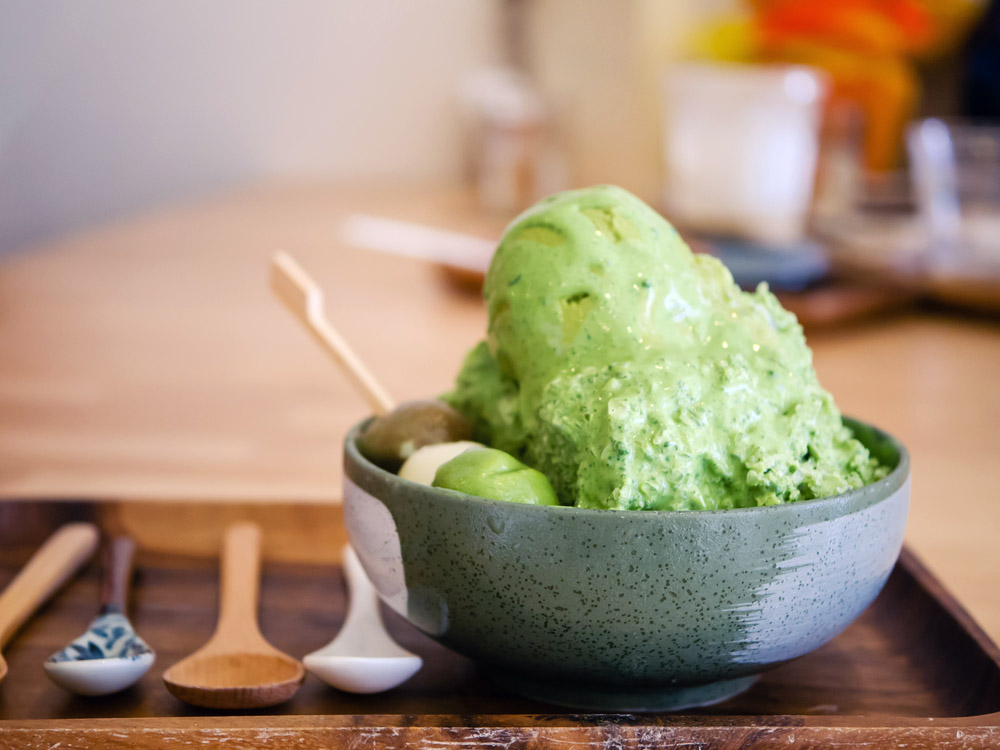 Take on Tokyo with your tastebuds: an overview of Japanese cuisine

Can't get enough of Japanese food? Check our Top 8 food experiences to have in Toyko

Insight Guides can take you on a tour of Japan like no other. Find out more here

Tokyo features as one of 17 places to visit in Asia this year. Find out why here

From imperial palaces to classical gardens, find out where else to travel in Japan with our top 10 attractions