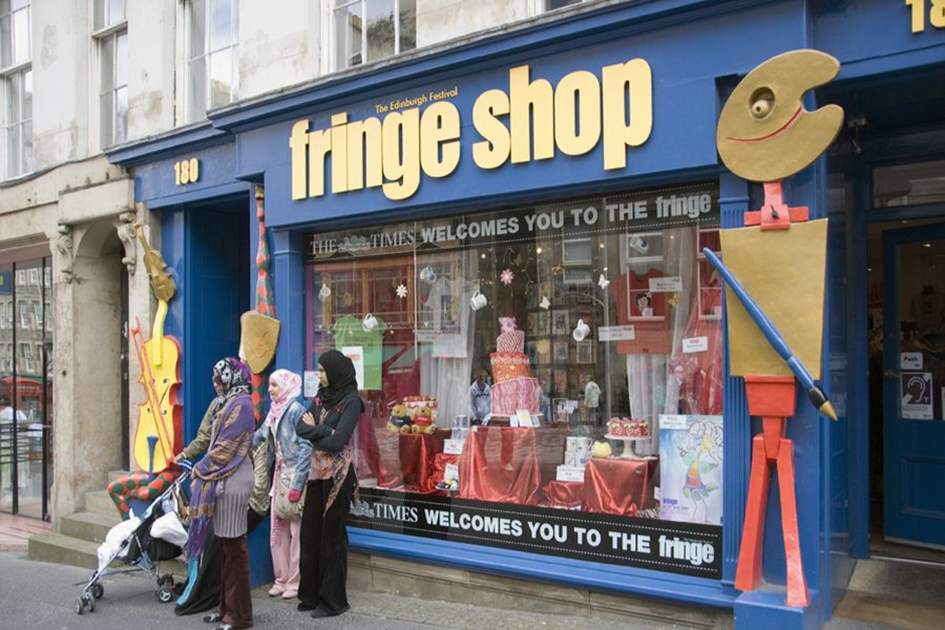 Edinburgh’s August festivals are a cultural maelstrom. Famous comics are born, while new books, plays and music are showcased in front of ever-enthusiastic audiences.

Most famous of all is the Edinburgh Fringe, which began life secondary in importance to the ‘official’ festival but has grown to become the main event in all but name with a line-up of over 700 companies spilling into every available performance space to present some 1,500 shows in over 30,000 performances. This year it runs from 3rd-27th August.

Its speciality is experimental theatre and stand-up comedy, and many of Britain’s top comedians have used it as a launching pad. Alan Bennett, Peter Cook and Dudley Moore sealed their reputations here in 1960, followed by the debuts of Monty Python, Ben Elton, Stephen Fry and Hugh Laurie, and in later years anyone and everyone from Frank Skinner to Ricky Gervais. Pulling a decent-sized audience is the name of the game, and though bigger stars sell out early for their evening shows, you’ll find many lower-key daytime performances often just as good.

With so many events taking place, competition between companies vying for public attention is fierce and a serious game of one-upmanship is fought with good humour on the city's streets. Take a stroll down the Royal Mile and let the aspiring performers impress you with their original ways of marketing their material. Visiting last year, I was presented with a flyer that was made to look like a love note just for me and another that was handed to me from the foot of a gymnast dressed as a monkey. Another way to sort the decent from the drab is to look at the reviews in any English or Scottish newspaper.

The Edinburgh International Festival that runs more or less concurrently with the Fringe (from 9th August to 2nd September this year) offers entertainment with a more high-culture label, such as large scale theatre companies, opera and ballet in venues like the Edinburgh Festival Theatre, Queen’s Hall and Usher Hall. Dating from the end of World War II, it was Edinburgh’s Lord Provost, Sir John Falconer, who came up with the concept of a celebration of the arts to play a role in the healing process between nations – as well as serving to re-establish Edinburgh as a European city of culture. Edinburgh’s often nervous city fathers were persuaded, and financed by the British Arts Council, the curtain went up on the first production in 1947. Its resounding success launched Edinburgh’s worldwide reputation. The famous violinist Yehudi Menuhin became almost an annual fixture, while singers Joan Sutherland, Elizabeth Schwarzkopf, Maria Callas and Placido Domingo came to perform, along with dancers Margot Fonteyn and Rudolph Nureyev.

Take a guide book with you - try our Great Breaks: Edinburgh.