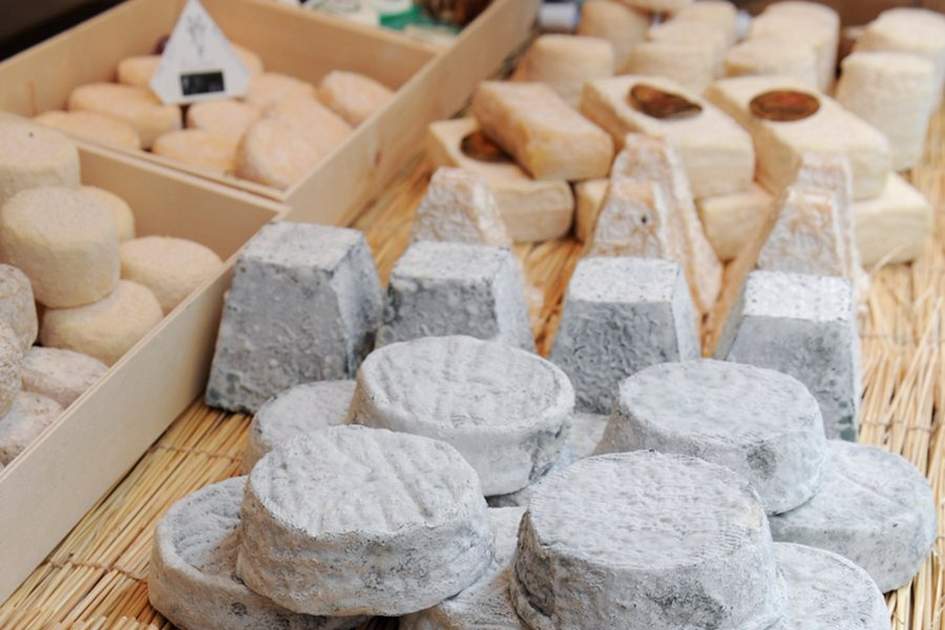 Congratulations to Englishman Matthew Feroze, who recently won top prize at Concours National de Fromagers  (France’s national cheesemongering championships). Just more evidence that in recent years the English have become the “big cheeses” of the cheese-making world, giving the grands fromages across the Channel a run for their money.

According to the British Cheese Board (www.britishcheese.com) there are over 700 named cheeses produced in the UK. Many of these are quite recent inventions, produced in an “artisanal” fashion in small quantities, but to an extremely high quality. The impetus for this cheese-making renaissance is often ascribed to consumers’ growing appreciation of local farm produce, sustainable methods of manufacture and the Slow Food movement (www.slowfood.org.uk).

Among the most celebrated of the new varieties of English cheese is Stinking Bishop, a soft cheese from Gloucestershire that is immersed in perry (pear cider) made from the Stinking Bishop pear every four weeks until it has matured. Another great favourite with the cheese-eating public is Cornish Yarg, which is based on a recipe found in a book in a farmer's attic; the farmer’s name was Mr Gray – “Yarg” spelt backwards. After it comes out of the cheese press, this semi-hard cow's milk cheese is wrapped in nettle leaves, forming an edible rind. The nettle leaves not only help preserve the cheese, but they also impart a distinctive mushroomy flavour.

Many of the better-known English cheeses have much longer histories. Cheshire cheese, for example, dates back to Roman times, and is even mentioned in the Domesday Book. Cheddar is named after the Cheddar Gorge Caves in Somerset, where the cheese was stored as it ripened. Crumbly Wensleydale cheese – beloved of cartoon characters Wallace and Gromit – was first made by French Cistercian monks who had come from the Roquefort region to settle in North Yorkshire.

This smelly, blue-veined, creamy cheese has long been a stalwart of English cuisine, and is traditionally eaten at Christmas accompanied by a glass of port.

The cheese was first discovered in the 1730s by an innkeeper in the village of Stilton, which is not far from Huntingdon in the north of Cambridgeshire. The inn was on a stagecoach route between London and the north of England, and this enabled the reputation of the cheese to spread rapidly across the country. Some decades later, a cheese-maker from Wymondham across the county border in Leicestershire established the cheese’s quality and shape standards along lines we would recognise today. Stilton has since been trademarked and given Protected Designation of Origin status (PDO) such that only licensed dairies in the counties of Derbyshire, Leicestershire and Nottinghamshire can produce it, and then only to strict guidelines. Among other rules, the cheese must be made in its traditional cylindrical form, must not be pressed, and must be allowed to form its own crust.