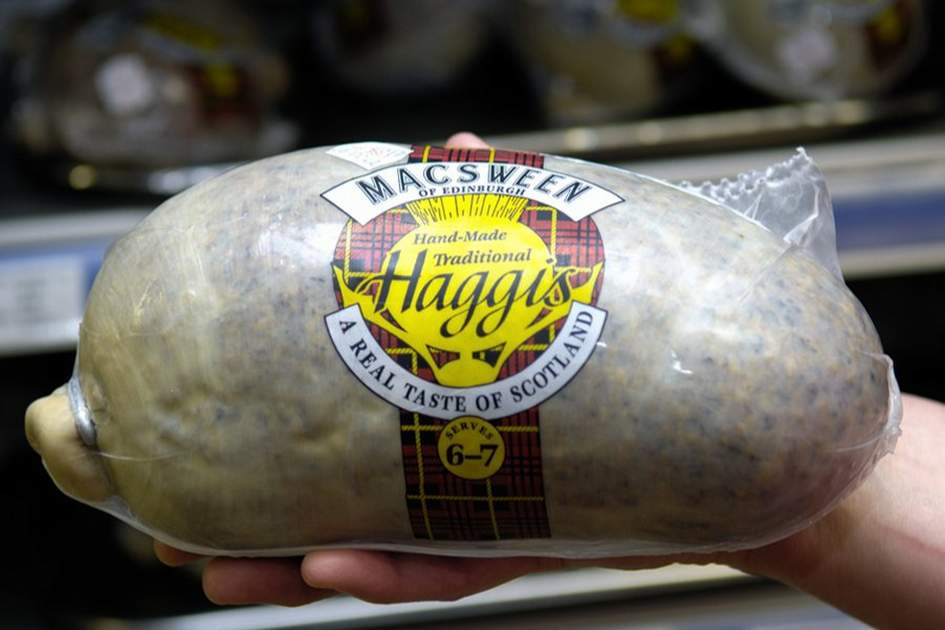 Few poets could hope to have their birthday celebrated in the most unexpected parts of the world 200 years after their death. Yet the observance of Burns Night, on 25 January, goes from strength to strength. It marks the birth in 1759 of Scotland’s national poet, Robert Burns, one of seven children born to a poor Ayrshire farmer. It was an unpromising beginning, yet today Burns’s verses are familiar in every English-speaking country and are especially popular in Russia, where Burns Night is toasted with vodka. Millions who have never heard of Burns have joined hands and sung his words to the tune of that international anthem of good intentions, Auld Lang Syne (dialect for “old long ago”):

Should auld acquaintance be forgot,

And never brought to mind?

Should auld acquaintance be forgot,

This was one of many traditional Scottish songs which he collected and rewrote, in addition to his original poetry. He could and did write easily in 18th-century English as well as in traditional Scots dialect (which, even in those days, had to be accompanied by a glossary). His subjects ranged from love songs (Oh, my luve’s like a red, red rose) and sympathy for a startled fieldmouse (Wee, sleekit, cowrin’, tim’rous beastie) to a stirring sense of Scottishness (Scots, wha hae wi’ Wallace bled) and a simple celebration of the common people (A man’s a man for a’ that). 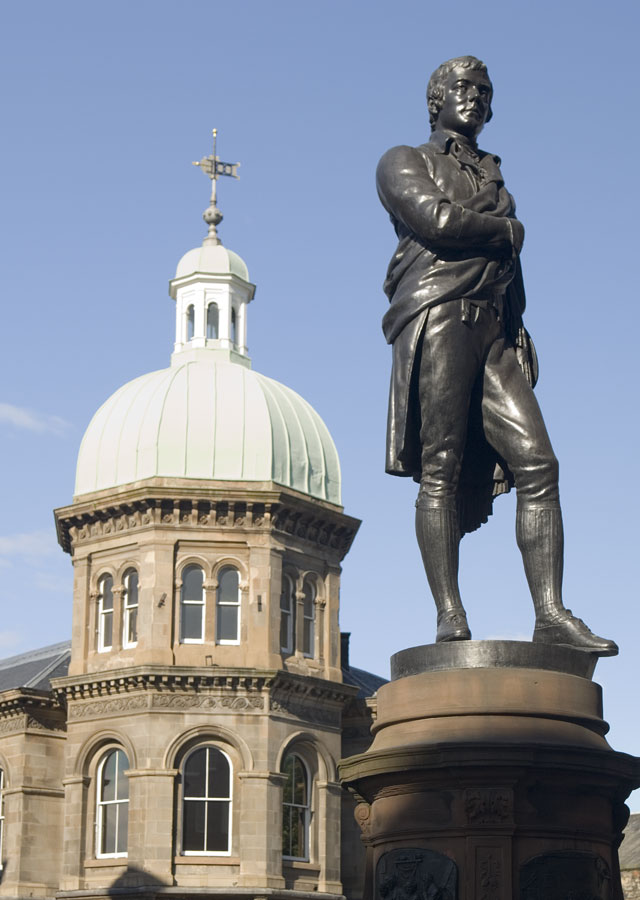 The key to Burns’s high standing in Scotland is that, like Sir Walter Scott, he promoted the idea of Scottish nationhood at a time when it was in danger of being obliterated by the English. His acceptance abroad, especially in Russia, stems from his championing of the rights of ordinary people and his satirical attack on double standards in Church and State.

An attractive and gregarious youth, Burns had a long series of amorous entanglements and, once famous, took full advantage of his acceptance into Edinburgh’s high society. Finally, he married Jean Armour, from his own village, and settled on a poor farm at Ellisland, near Dumfries. No more able than his father to make a decent living from farming, he moved to Dumfries in 1791 to work as an excise officer. It was a secure job, and riding 200 miles (320km) a week on horseback around the countryside on his duties gave him time and inspiration to compose prolifically. His affairs continued: the niece of a Dumfries innkeeper became pregnant, but died during childbirth. Four years later, in 1796, Burns too was dead, of rheumatic heart disease. He was 37.

The 612 copies of his first edition of 34 poems sold in Kilmarnock in 1786 for the sum of three shillings (15p); today each copy will fetch around £10,000. Almost 100,000 people in more than 20 countries belong to Burns clubs, and the poet’s popularity embraces the unlikeliest locations. The story is told, for example, of a local man who rose to propose a toast at a Burns Night supper in Fiji. “You may be surprised to learn that Scottish blood flows in my veins,” he declared. “But it is true. One of my ancestors ate a Presbyterian missionary.” 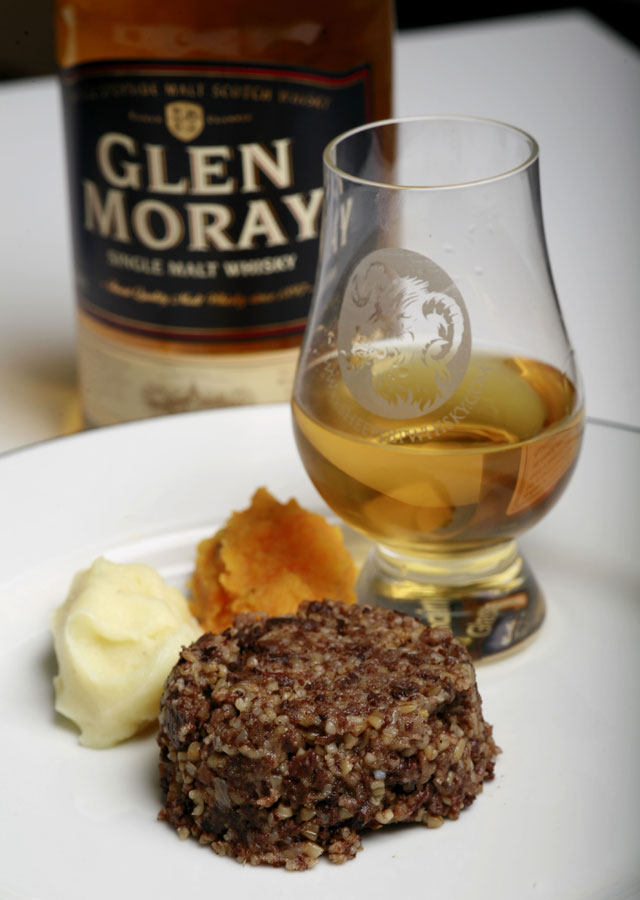 The traditional Burns Night supper comprises haggis, neeps (mashed turnips) and tatties (potatoes). The haggis is ceremonially piped to table, and supper is accompanied by poetry reading, music and Burns’s own Address to the Haggis.

Scotland’s great mystery dish is really only a sheep’s stomach stuffed with minced lamb and beef, along with onions, oatmeal and a blend of seasonings and spices. After being boiled, the stomach is sliced open, as spectacularly as possible, and the contents served piping hot.

Butchers today often use a plastic bag instead of a stomach; this has the advantage that it is less likely to burst during the boiling process, resulting in the meat being ruined. But no haggis devotee would contemplate such a substitute.

The tastiest haggis, by popular acclaim, comes from Macsween’s of Edinburgh, who also make a vegetarian haggis.

Read more about Scotland or buy one of our Scotland travel guides.