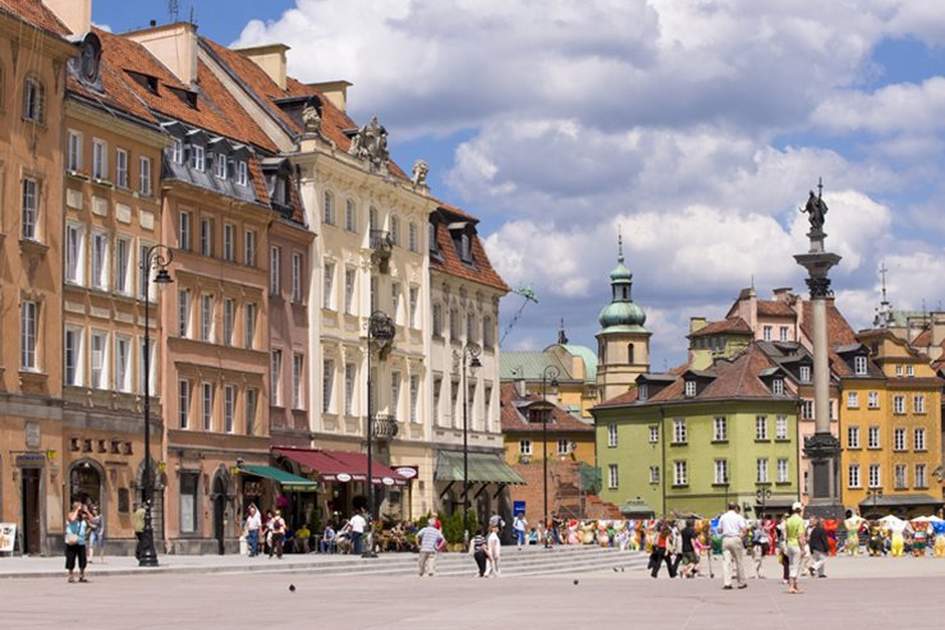 The 2012 UEFA European Football Championship, or Euro 2012, kicks off tomorrow with Poland v. Greece, and Russia v. the Czech Republic. For the third time in the tournament’s history, two nations are jointly hosting the matches; this year it is the turn of Poland and Ukraine. Up to 1.5 million fans are expected to travel to these countries for the three-week-long tournament, visiting many of their beautiful, and largely undiscovered, main cities.

Visitors can expect to see some of Eastern Europe’s most beautiful sights (and best kept secrets) – from unspoiled medieval town squares to state-of-the-art museums and galleries. So, during those quieter moments in between games, why not explore the very best that these often overlooked cities have to offer? Here is our overview of the host cities.

Orthodox cathedrals, Tatar palaces, Polish castles and elegant Habsburg frontier towns sit side by side with remnants of grandiose Soviet developments and monuments to the fallen of two World Wars: Ukraine is a country with a compelling history, with a capital city that is beginning to reassert itself as one of Europe’s greatest.

Kiev, Ukraine’s capital, is termed the ‘mother of Russian cities’ and was at the heart of the first Eastern Slavic state of Kievan Rus. Situated just to the north of central Ukraine, the city is famous for its golden domed architecture. One of its most resplendent sights is the Kievo-Pecherska Lavra (Kiev Pechersk Monastery), a complex of churches, caves and museums founded in 1051.

Lviv, located only 70 km from the Polish border to the west, displays more of a central European influence with a coffee-house culture akin to that found in Austria and Hungary. Lviv is one of the more culturally significant cities in Ukraine; its historic centre is a UNESCO World Heritage Site and the city holds more than 100 festivals a year. The grand Opera and Ballet Theatre (Teatr Opery ta Baletu) is well worth a visit.

The cities of Donetsk and Kharkiv are found in eastern Ukraine and are smaller in scale than Kiev and Lviv. A stroll through their streets will reveal socialist sculptures and neo-Byzantine temples.

Poland, bordering the Baltic Sea to the north, Germany to the west, the Czech Republic and Slovakia to the south, and Ukraine, Belarus, Lithuania and Russia to the east, is large and predominantly rural. The main points of interest for first-time visitors are the principal cities, whose old towns rank among the finest of Europe. The historic centres of both Warsaw and Krakow are UNESCO World Heritage Sites and Wroclaw will be European Capital of Culture in 2016.

Despite not being a venue city, the English, Dutch and Italian teams have chosen to base their camps around the city of Krakow in southern Poland. More than a thousand years old, Krakow is considered the heart and soul of Poland, home to many of its greatest artists, writers, musicians and filmmakers. It was one of the few major towns in Poland not devastated by the wars of the 20th century, and its miraculously preserved medieval market square (Rynek Glowny) and castle hill (Wawel) make it Poland’s most seductive city.

Gdansk, in northern Poland on the Baltic Sea, catapulted to the world’s attention as the focus of struggles between Polish workers and the Communist regime in the early 1980s. The city was also the location of the beginning of Hitler’s assault on Poland, bringing about the start of World War II. Today, meticulously rebuilt, it is one of Poland’s most spectacular old cities. Don’t miss the fascinating Central Maritime Museum (Centralne Muzeum Morskie) on the waterfront.

Warsaw is the capital city of Poland, although it usually proves less captivating to visitors than Krakow or Gdansk. In part, this is because it is still a city in transition, leading the way for the new post-Communist Poland – Poland as a member of NATO and the EU. Outside the Old Town (a lot of which was actually rebuilt from ruins after World War II), the city can be unattractive, yet Warsaw remains a dynamic place, striving to be contemporary; the city boasts the new Copernicus Science Centre and will open a brand new Museum of Modern Art in 2015.

Wroclaw, in southwest Poland, is characterised by broad thoroughfares and imposing buildings, which are handsome and robust rather than beautiful. English visitors may struggle to pronounce its name: aim for ‘vro-tz-wav’.

Poznan, in western Poland, is one of the most dynamic and prosperous cities in Poland, with an attractive historic core, a wealth of Gothic, Renaissance and neo-Classical architecture, and a civic commitment to business development and international trade. It draws large numbers of business visitors to its many trade fairs. The Old Market Square (Stary Rynek) is one of the largest and finest in Poland.

The final will take place on 1st July in Kiev. Good luck to all the teams involved – and come on England! 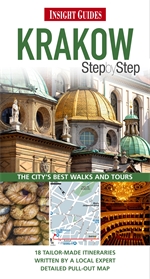 The new edition of Insight Step by Step Krakow has just been published. Full of great ideas for walks around the city, it will show you the smartest ways to link Krakow's best sights and take you beyond the beaten tourist track. Don’t leave without it!

Click here to visit our online travel guide shop and view all of Insight's travel guides to Poland...

And you can see a map of all the stadia on UEFA's official site...