How to explore the USA's spectacular national parks

Famously called "America's best idea" by the writer Wallace Stegner, the National Park Service is the pride and joy of the United States, attracting more than 300 million visitors annually. Tomorrow marks its 100th birthday. We think the best way to celebrate is to go and explore the great outdoors. Here's how to get started 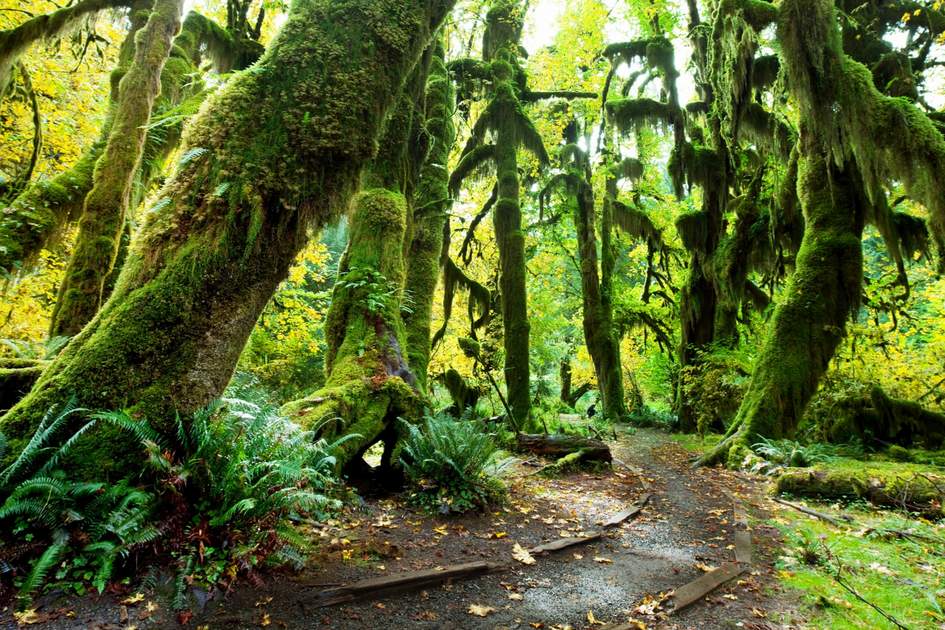 The 412 units of the National Park Service are the pride and joy of the United States, attracting more than 300 million visitors each year with their scenic beauty, diverse wildlife, and historic attractions. We take a look at how these amazing parks were established, and the highlights of mountain, desert, and water landscapes

America’s national parks are a reflection of the human need for wild places that feed the spirit and nourish the soul. Within their borders are vast deserts and humid wetlands; primaeval forests and treeless prairies; rushing rivers and placid lakes; pristine beaches and rocky shorelines; active volcanoes, and ancient mountains.

Look a little closer, and you’ll find a wealth of wildlife, from birds and small mammals to iconic species such as bears, moose, alligators, and whales. Equally varied, the flora includes everything from delicate wild flowers to giant moss-draped trees to fuzzy-looking cacti. Then there are the historical parks, which preserve sites from the prehistoric to the nineteenth century, and up to today.

The world’s first national park was Yellowstone, and was set aside by Congress and President Ulysses S. Grant in 1871. Over the next century, many more national parks and monuments were created throughout the US. Most were initially carved out of the wilderness areas of the west, but some areas were eventually designated in the more populous east.

In 1980, President Jimmy Carter more than doubled the land within the National Park System when he signed into law the Alaska National Interest Lands Conservation Act, which established 10 new national parks and expanded three existing parks in Alaska. The state also has more than 70 state parks and 24 wildlife sanctuaries.

The National Park System now preserves more than 84 million acres (34 million hectares) in the 50 states, District of Columbia, and US island territories. In addition to 58 national parks, the system includes 123 parks or historic sites, 74 monuments, 25 battlefields or military parks, 18 preserves, 18 recreation areas, 10 ­seashores, four parkways, four lakeshores, and two reserves, all administered by the National Park Service; a division of the Department of the Interior, which celebrates its 100th birthday on 23 August 2016.

Currently, Delaware is the only state in the union without a national park, although there have been ­proposals to protect some coastal regions of the state in a national park.

Did you know...? Insight Guides creates trips for travellers just like you. Explore our ready-made holidays available online or tell our travel experts where you want to go next 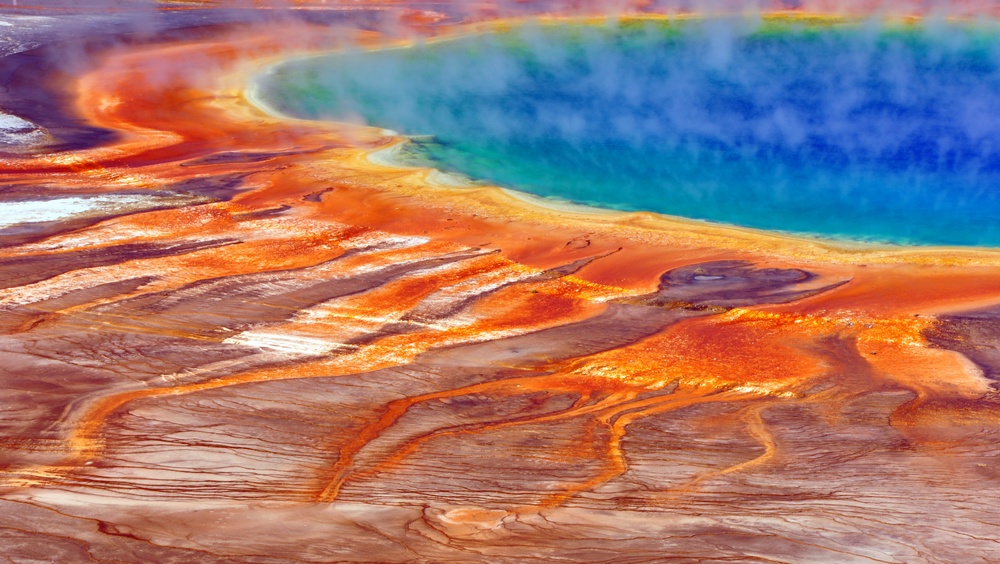 The grande dame of the park system is Yellowstone National Park, which encompasses mountains, lakes, the amber-hued Grand Canyon of the Yellowstone, and diverse wildlife – including bison, moose, bears, and wolves – as well as a geothermal wonderland of geysers, hot springs, fumaroles, and mudpots. The most famous geyser, Old Faithful, erupts an average of 17 to 20 times per day, usually every 90 minutes or so.

The adjacent Grand Teton National Park is a classic Rocky Mountain landscape of towering peaks rising above the meandering Snake River. Much of Grand Teton is Alpine back country, with park roads providing views from the plains. For road access to higher elevations, Rocky Mountain National Park and Glacier National Park are spectacular alternatives. Hiking, backpacking, cross-country skiing, snowshoeing, and wildlife viewing are popular activities in these parks.

In Alaska, Katmai National Park and Preserve is famous for its rugged volcanic landscape and its population of brown bears. Denali National Park is also known for abundant wildlife, as well as for Mount McKinley, the highest mountain in North America (20,320ft/6,194m), a magnet for mountaineers. Well-prepared adventurers can explore some of the continent’s last remaining true wilderness at undeveloped Gates of the Arctic National Park and Preserve in the Brooks Range.

The highest peak in the contiguous United States is California's Mount Whitney (14,505ft/4,421m), lying partly within Sequoia National Park. Together with Kings Canyon and Yosemite National Parks, this park preserves the big trees and stunning Sierra Nevada scenery that inspired the 19th-century naturalist John Muir, one of the founders of the American conservation movement. Yosemite National Park is also noted for Yosemite Falls, the highest waterfalls in North America (2,425ft/739m), together with ­dramatic granite formations such as Half Dome and El Capitan, which attract a steady stream of photo­graphers and rock climbers.

Insight Guides: US National Parks West is packed full of information to help you explore these awe-inspiring landscapes 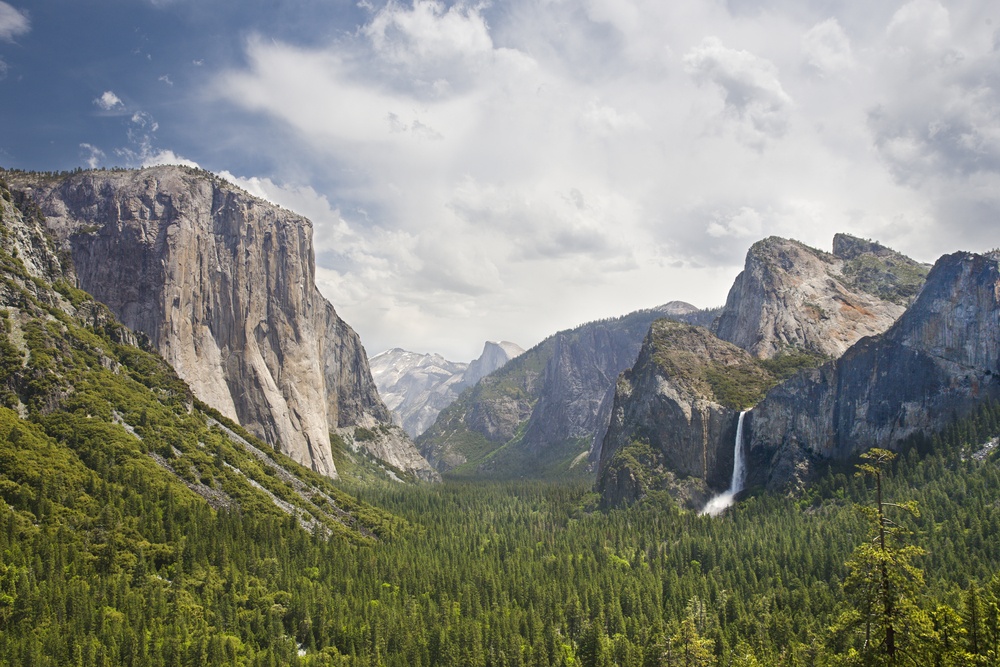 Forming the spine of the Pacific Northwest, the Cascade mountain range is riddled with volcanoes, none more imposing than Washington’s Mount Rainier (14,411ft/4,392m), the fifth-highest peak in the lower 48 and the centerpiece of Mount Rainier National Park. Popular with hikers, mountaineers, and ­snowshoers, Mount Rainier boasts 27 active ­glaciers, more than any other US peak outside Alaska, and often serves as a training ground for Himalayan ­expeditions. If you can conquer Mount Rainier, you might also have luck on Everest or K2.

To the west, the snow-capped Olympic Mountains rise almost directly from the sea in Olympic National Park, creating a rain-shadow effect with various distinct climatic zones, including the only temperate rainforest in the lower 48 states. The interior of the park is a road-free wilderness, making it a popular destination for back country trips. If you decide to explore this region, be sure to notify the park rangers of your travel plans. Every year there are a few hardy souls who have to be rescued in adverse weather conditions.

The Pacific Crest National Scenic Trail hiking route passes through 25 national forests and seven national parks in California, Oregon, and Washington on its 2,650-mile (4,265km) route from Mexico to Canada. 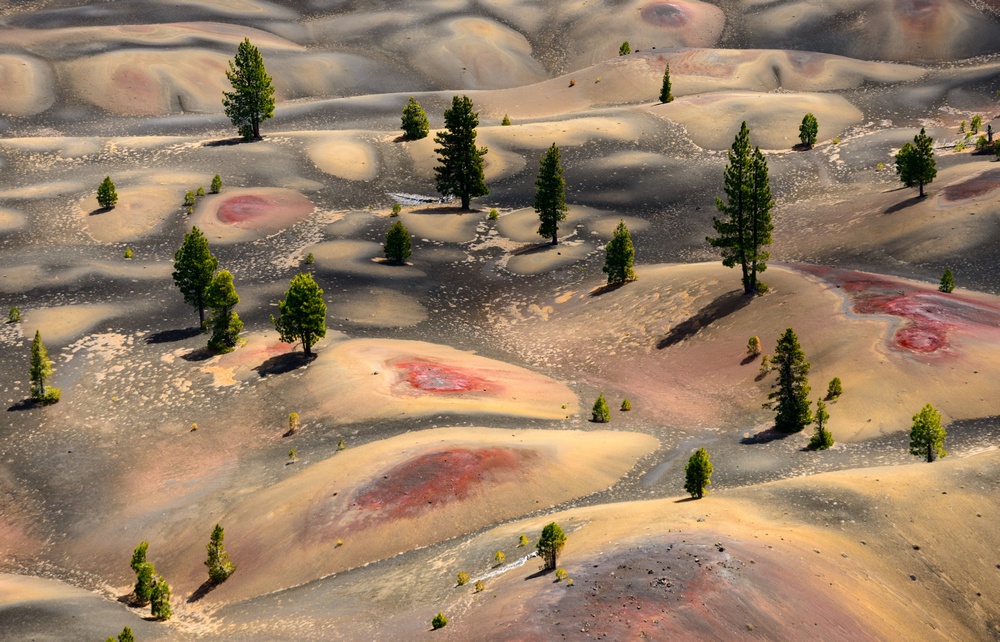 The region’s volcanic past is visible up close at Mount St Helens National Volcanic Monument, site of a devastating eruption on May 18 1980. Various stages of natural recovery can be seen in the different zones. The Johnson Ridge Observatory, named in honour of volcanologist David Johnson, who died in the 1980 explosion, is an excellent place to learn more about the volcano and its modern rumblings. For an older comparison, a catastrophic eruption created the centerpiece of Oregon’s Crater Lake National Park approximately 7,700 years ago. Over the millennia, the resulting caldera filled with water; it is now the deepest freshwater lake in the United States.

In California, the cinder cones and numerous geothermal features of Lassen Volcanic National Park – site of a dramatic 1915 eruption – are yet another reminder of the volatile geology of the Pacific Rim. To experience ongoing volcanic ­activity, you will need to visit Hawai’i Volcanoes National Park, where you can drive or hike to the crater rim of Kilauea, explore recent lava flows, and – depending on current conditions – see lava bubbling in a vent or flowing from the volcano to the ocean.

In the eastern US, much older and more eroded mountains attract ­millions of visitors each year with their scenic beauty, waterfalls, hiking trails, and glorious autumn foliage. The 2,000-mile (3,219km) Appalachian Trail traverses North Carolina’s Great Smoky Mountains National Park and Virginia’s Shenandoah National Park. Hikers typically travel south-to-north, and while some do attempt to hike the entire thing, it’s a popular day ­activity to hike just a short section. 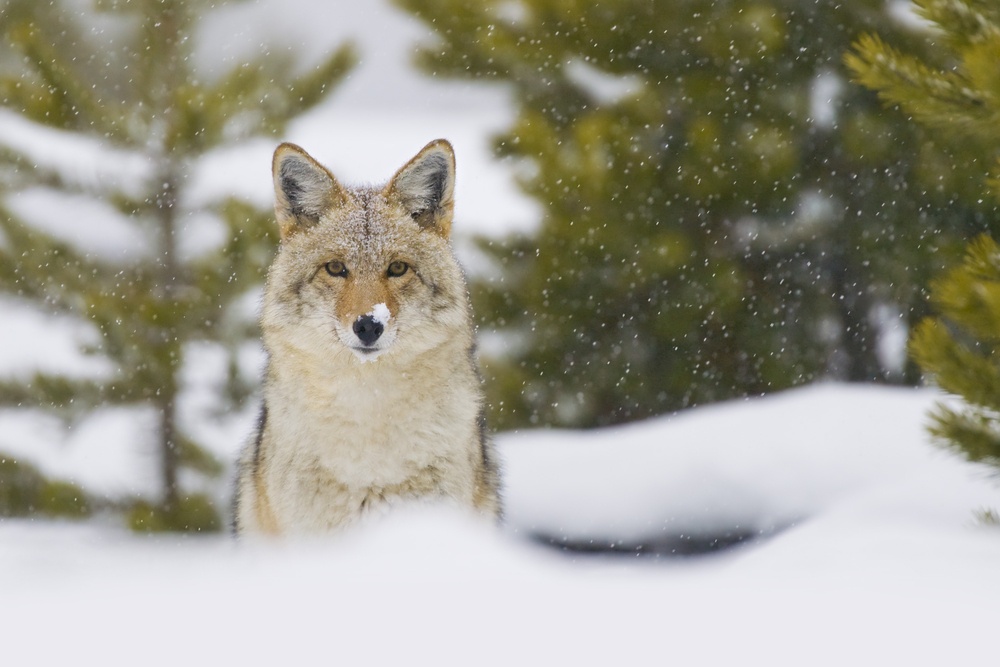 The desert landscapes of the Southwest have long fascinated visitors, and there are many national parks spread amongst its canyons, mountains, and plateaus or mesas. The most famous, Grand Canyon National Park, slices across northwestern Arizona in a mile-deep gash of colourful rock layers. Where the Grand Canyon dazzles with its sheer size and splendour, the red-rock spires of Utah’s Bryce Canyon National Park offers a more delicate display of the magic that wind and water can work on stone.

Rock climbers and hikers also flock to the sheer cliffs and narrow slot canyons of other desert national parks such as Zion, Arches, Canyonlands, Death Valley, and Capitol Reef.

The intriguing flora of the Southwest runs the gamut from brilliant spring wild flowers to the towering multi-armed cacti of Saguaro National Park in the Sonoran Desert and the bizarrely shaped namesake yuccas of Joshua Tree National Park in the Mojave. In a remote corner of Texas, Big Bend National Park ­protects a large expanse of Chihuahuan Desert mountains and canyons, where more bird species have been sighted than in any other US national park. 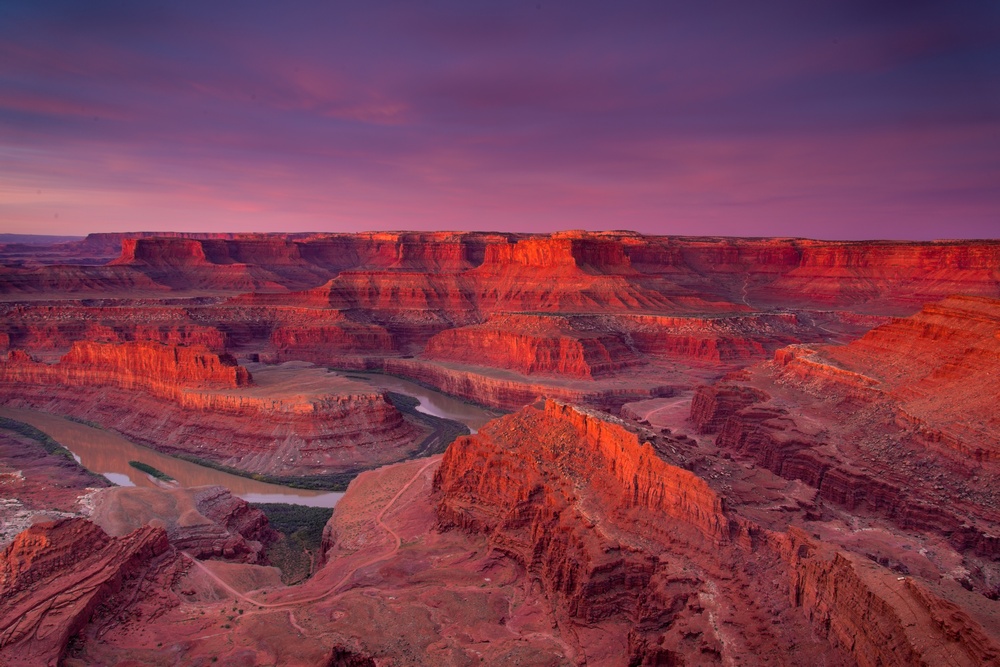 Sea kayakers find heaven amongst the tidewater glaciers and abundant marine life of Alaska’s Glacier Bay, Kenai Fjords, and Wrangell-St Elias National Parks; along the rugged Atlantic shore of Acadia National Park; and in the island lagoons and caves of Channel Islands National Park – dubbed North America’s Galapagos for the extraordinary ­abundance of its wildlife.

For wilderness canoeing, head to the remote Midwestern lakes of Voyageurs and Isle Royale national parks, or to the wildlife-rich wetlands of Florida’s Everglades. Also in Florida, the coral reefs, mangroves, and numerous small islands of Biscayne National Park attract snorkelling and diving enthusiasts. The tidal pools of Acadia, Olympic, and other coastal parks are wonderful places to search for starfish, urchins, and other creatures at low tide.

White-water rafting is a popular activity in many national parks throughout the west. For the ­experience of a lifetime, book a multi-day rafting trip on the Colorado River through the Grand Canyon. Many operators offer these kind of ­adventures, but spaces generally fill up well in advance, so plan ahead. 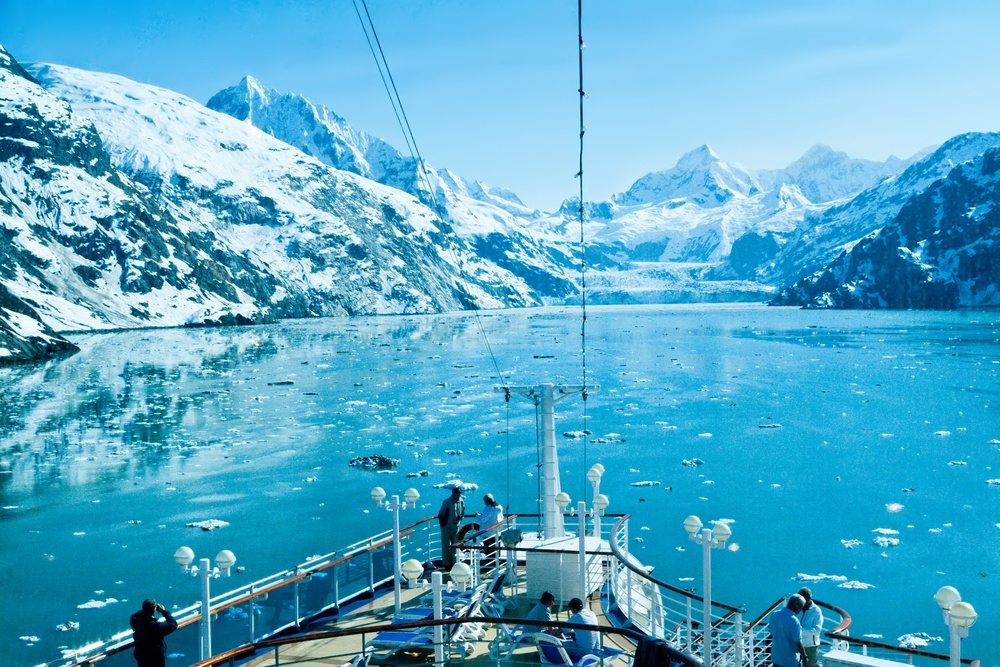 Wonders underground await at New Mexico’s impressive Carlsbad Caverns and Kentucky’s Mammoth Cave National Park, the longest known cave system in the world. Although some self-guided exploration is permitted, it is not recommended. Guided tours give access to more of the caves than you would be able to see on your own, and they are far safer.

South Dakota's rugged Badlands and the cathedral-like groves of California’s Redwood National Park are just a few of the many other outstanding national-park landscapes. Don’t forget the national monuments; highlights include the snowy gypsum dunes of New Mexico’s White Sands and the dramatic monolith known as Devil’s Tower, rising from the Wyoming plains. Some of these sites are remote from civilisation, so plan a few extra days for the journey. 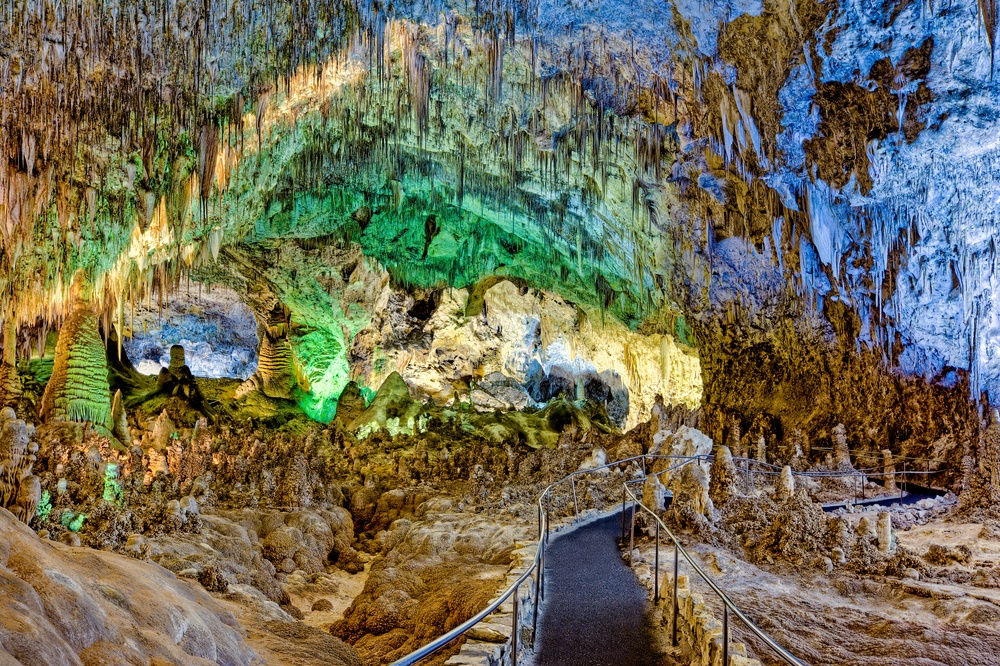 National-park entrance fees range from free to around $25 per private vehicle at the most popular parks. Tickets are typically valid for repeat entries over a seven-day period. Per-person fees apply to visitors entering by other means and for all visitors in certain parks. Children under 16 enter the parks for free.

If you plan to visit several parks while you’re in the United States, consider purchasing an America the Beautiful Pass, which covers admission to national parks and a wide variety of other federally protected areas. Available at most national-park fee stations, the pass admits the holder and accompanying passengers in a non-commercial vehicle, or the holder and up to three additional adults where per-person fees apply. The price is $80 for an annual pass, or just $10 for a lifetime pass for US citizens or permanent residents aged 62 and over.

In recent years, the National Park Service has waived park fees on certain days at all parks. From 25-28 August 2016, the NPS is waiving entrance fees across the network to celebrate 100 years since its creation.

Popular parks, including Zion, Bryce, Yosemite, Grand Canyon, and Mount Rainier, often provide a free shuttle bus to reduce traffic on park roads. Be sure to stop by the visitor centre to find out about free ranger-led programs, a great way to learn about a park’s natural and human history. Many parks offer special activities for children, including a popular Junior Ranger program.

Landscapes worth travelling the world for: The 6 most beautiful views in America

And for the finer details: Where to stay on a US road trip 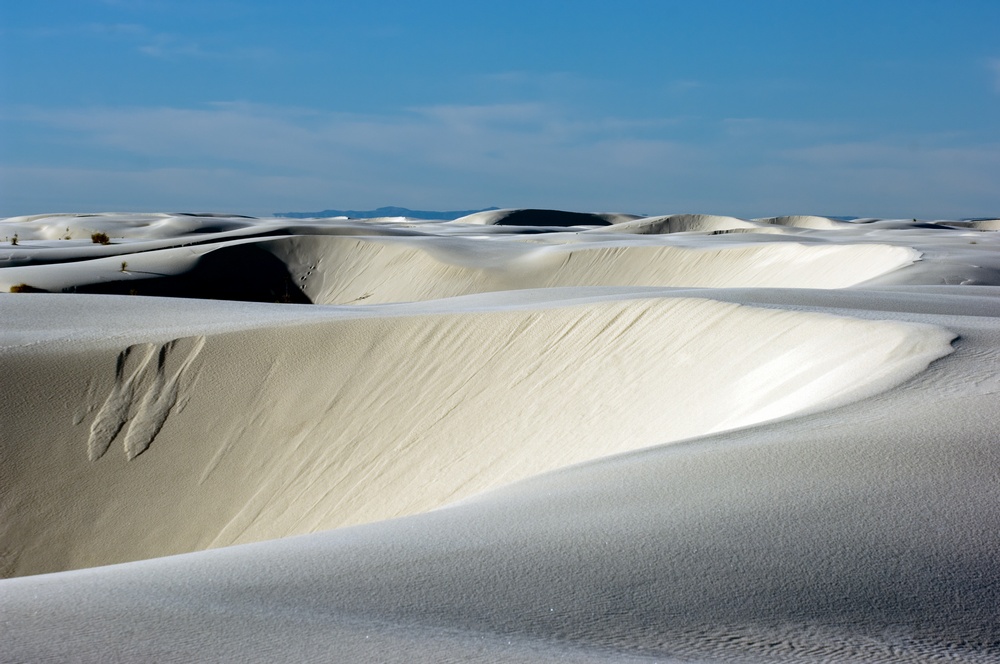