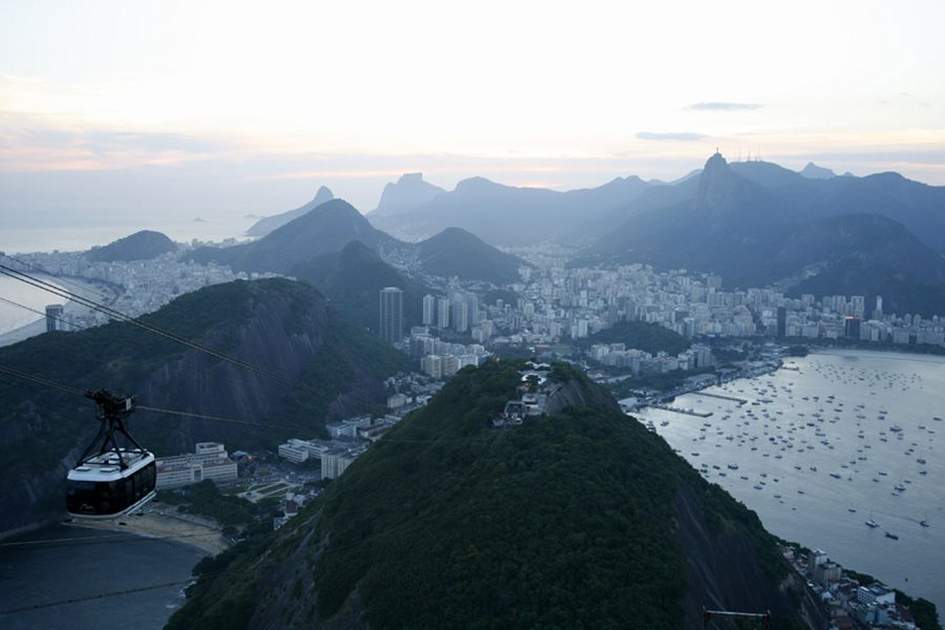 Rio de Janeiro's natural beauty is so exalted that the presence of a towering statue of Christ the Redeemer, high on Corcovado mountain overlooking the city, doesn't seem the least bit surprising. Arms outstretched, Cristo Redentor, one of the New Seven Wonders of the World, blesses the city on a daily basis. But abundantly blessed it already is. This city of 10 million is sprinkled delicately among curves of gorgeous bays, sweeping white-sand beaches, coastal mountains swathed in tropical rainforest, and islands that ripple out to the sea.

This year the city, along with several other locations in Brazil, will host the 2014 FIFA World Cup. Then, in two years' time, the 2016 Summer Olympics will be held here. Rio has never been more ready to welcome visitors.

Don't expect to see postcard Rio on your way in from the international airport. From the window of your taxi or bus, you'll see only the northern zone's heavy industry and some of the city's shantytowns, the favelas. Suddenly, though, you will get your first glimpse of Corcovado and the city will turn all its charms on you.

Corcovado - for fabulous views over the city

No city offers better perches from which to view its splendours. From high atop Corcovado, you'll be rewarded with a view of the gods; a panoramic sweep over Sugar Loaf mountain, the southern beaches and the beautiful Lagoa Rodrigo de Freitas. The statue of Christ the Redeemer stands at the top, surveying the city below.

Do as the Brazilians do and hang out at Copacabana

To really understand Rio and the cariocas (Rio's locals), you'll have to hang out at the beach. This is one city where the natives are just as keen on beach life as the tourists. Rio's beaches are a microcosm of life here, a parade of bodies in constant motion. Copacabana beach. although worse for wear in some places, remains the centrepiece of Rio's beaches and the international tourist trade.

Throughout February, we'll be exploring the delights of Rio de Janeiro. Come back soon for articles on the city's beaches, nightlife, music, day trips from the city and much more.