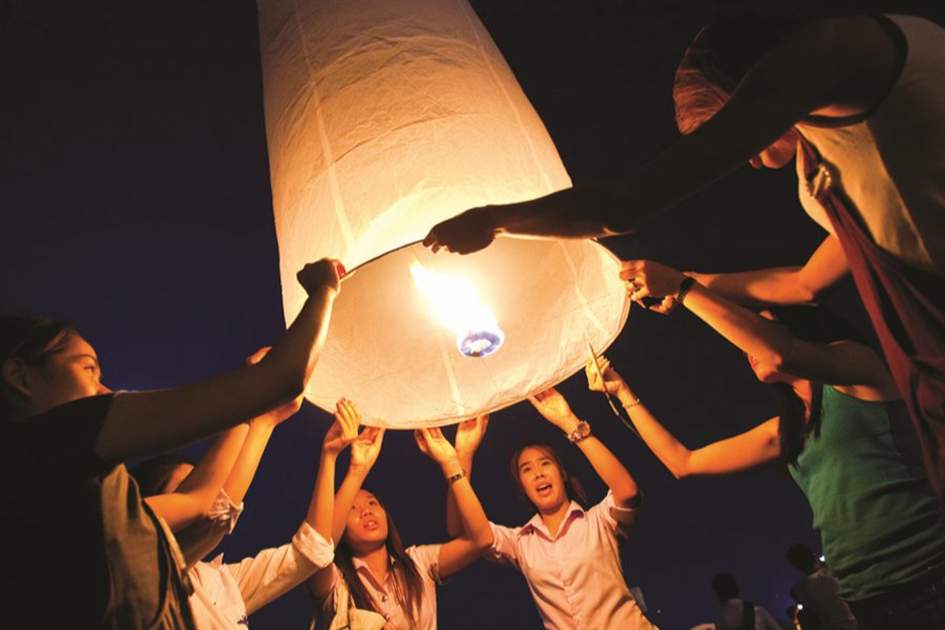 A Guided to Thai Festivals

There can be no doubt that the Thais place great importance on their festivals. Some are of venerable vintage, such as Loy Krathong, which began in the 13th century. Others, like Lamphun’s Lamyai Fruit Festival, are recent creations. In fact, new festivals are thought up every year, sometimes to promote tourism and often just for a bit of sanuk (fun). Some festivals are weighty matters upon which the future of the nation depends. Some are more spiritual, allowing one to make merit and ensure a better karmic rebirth, while others are purely secular celebrations of the joy of living.

Note: As Buddhist festivals rely on the lunar calendar, their exact dates vary each year. 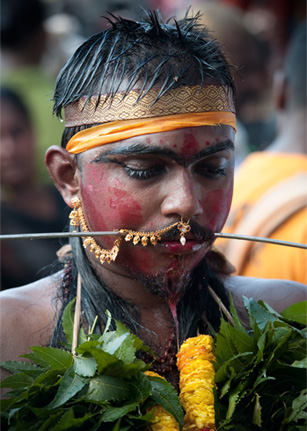 The Phuket Vegetarian Festival is one of Thailand’s most famous and extreme celebrations. It’s a Chinese Taoist event held in the first nine days of the ninth month of the Chinese lunar calendar, usually in late September or early October.

These include walking on red-hot coals, climbing ladders of sword blades and piercing their flesh with all manner of sharp objects, such as stakes, spears and daggers. Thousands of locals and visitors line the streets to observe the events, which are accompanied by loud music, frenzied dancing and the constant noise of exploding firecrackers.

During the festival, spectators and participants enjoy specially prepared vegetarian food at street stalls and markets. Often these vegetarian dishes, cooked in Thai or Chinese style, are fashioned to look like chicken legs or pork steak, and taste like it, too. The festival also occurs – without the mutilation – in other locations, including Bangkok.

Thailand’s most picturesque festival, Loy Krathong is celebrated on the full-moon night in November to pay respects to Mae Khongkha, goddess of the country’s life-bringing rivers and lakes. The festival is supposed to have started at Sukhothai, the first Thai capital, during the time of King Ramkhamhaeng, when a court lady prepared a krathong, or float, for the king. Banana-stem floats, beautifully decorated with flowers, incense, candles and small coins, are released on waterways across the country.

Thais mark Songkran, the lunar new year, on 13 April with good-humoured water-throwing throughout the country. Don’t expect to stay dry for long when in public. Songkran festivities may last as long as four to five days.

The Boun Bang Fai, or rocket festival, is celebrated in the northeast. Rockets are fired into the sky to bring rain at the end of the dry season.

The King’s Birthday is celebrated on 5 December nationwide, but in most spectacular fashion at Rattanakosin in Bangkok. The Grand Palace is illuminated, and there is a fireworks display.

Trooping of the Colours

3 December is the Trooping of the Colours, held outside the old Thai Parliament in Bangkok. The king, queen and members of the royal family review the elite Royal Guard, who are clad in elaborate, brightly coloured dress uniforms and tall plumed hats. The monarch himself arrives in style in his personal yellow Rolls-Royce.

Magha Puja is observed on the full moon of the third lunar month, to mark one of the Buddha’s most important sermons. Merit-making ceremonies are held at temples across Thailand in a quiet and dignified tradition that goes back centuries. Food is offered to monks, candlelit processions wind around temples, flowers and incense are offered to Buddha images, and caged animals are released.

The three-day Phee Ta Khon festival at Dan Sai in Loei Province takes place each June or July and features devilish masks. It is possibly the most riotous festival in the Thai calendar. 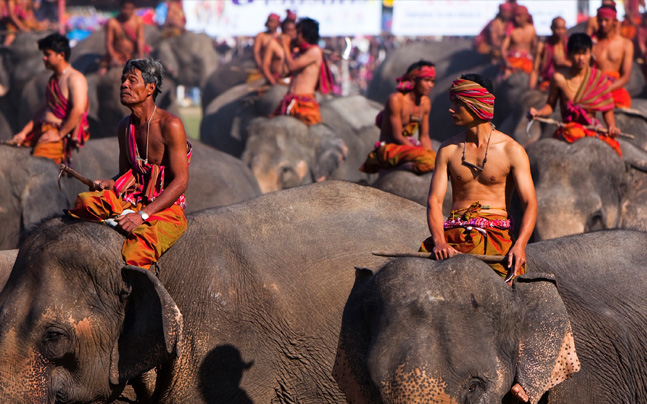 Plan your trip to Thailand 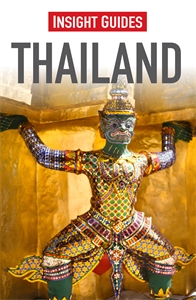 Read more blog articles about Thailand, build your holiday to Thailand with our online destination guide, or for the in-depth picture, see all of our latest guides to Thailand.

The best time to go Thailand...

Temple art and architecture in Thailand

We enjoyed our tours to the temples and had a very good tour guide in Bangkok. We liked the tours in Phuket, Phi Phi Islands, James Bond Islands and the shopping. It was an amazing experience overall.

We had the most incredible journey - a real once in a lifetime type of experience!