Around the world in 1,426 days with Graham Hughes 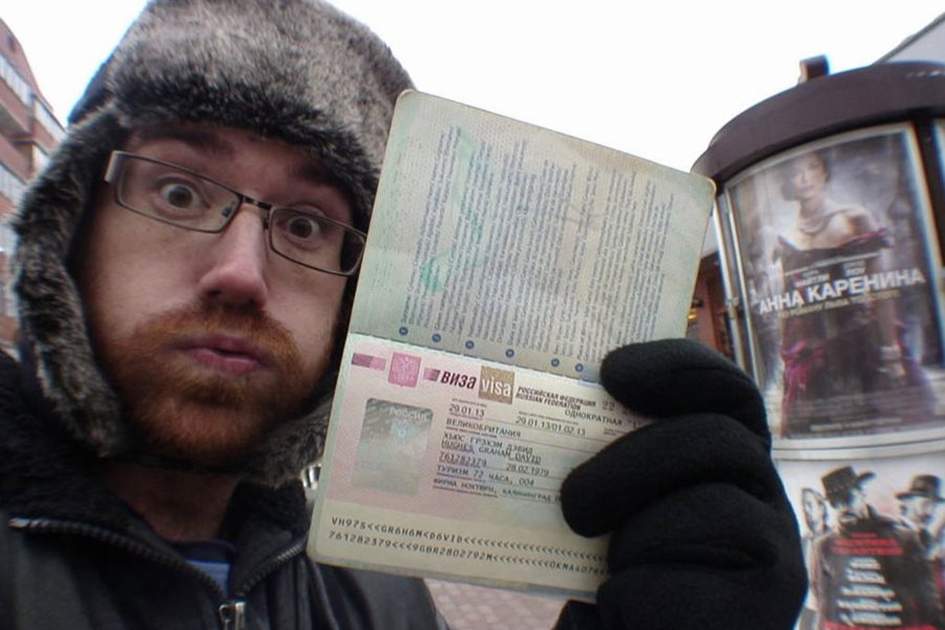 If you suffer from wanderlust, you may want to look away now. Graham Hughes takes travel to record-breaking levels. At the end of last year he became the first man to travel to all 201 countries in the world without flying. The epic journey covered 160,000 miles, took 1,426 days and used 4 passport books.

We asked Graham to share some of his favourite memories of the people he met along the way.

During my four years on the road I met an incredible number of people from, quite literally, every country in the world. Nearly all of them helped me on my way with a smile and good cheer and some people really stick in my mind as being exceptionally wacky, or wonderful, or both.

Top of the ‘wonderful’ list would have to be Mario and his mum, who I met on the border of Colombia as I was attempting to enter Venezuela. We got chatting in the queue and went to the bus station together. All the buses were full as it was a holiday, but Mario’s mum managed to somehow negotiate three seats all the way to Ciudad Guyana where they lived. After an overnight bus journey, I was invited back to Mario’s for dinner and somewhere to stay for the night. It was my first real taste of the amazing hospitality that I would go on to experience all over the world, such as when a crazy old guy called Ismael Wallander took me under his wing on the way to Livingstone, Guatemala. He didn’t have much, but he offered me a hammock outside his wooden shack and helped me get to Belize the following day. You sometimes find that it is those with the very least that give the most.

On the wackier side of things, Admiral Finbar of the HMS Wolf was a salty seadog I met in Key West as I was attempting to get to Cuba without flying. His story was hilarious: in the early 80s the Reagan administration set up a police checkpoint at the north end of the Florida Keys in a foolhardy effort to stop drugs and illegal immigration. This meant that residents of the Florida Keys hoping to visit Miami faced 17-mile long queues to go somewhere not just within their own country, but within their own state. The situation was patently absurd and so, possibly inspired by the Peter Sellers film The Mouse That Roared, the Florida Keys seceded from the Union, rebranded themselves The Conch Republic and declared war on the United States.

A rag-tag armada of yachties and sailors attacked the US Coast Guard with water pistols and stale Cuban bread. Surprisingly, the good people of the Conch Republic won the day and soon after, the checkpoint was scrapped. The battle of Key West Harbour is still commemorated every year in April by an historical re-enactment and Admiral Finbar, helming the HMS Wolf, leads the fleet into battle. 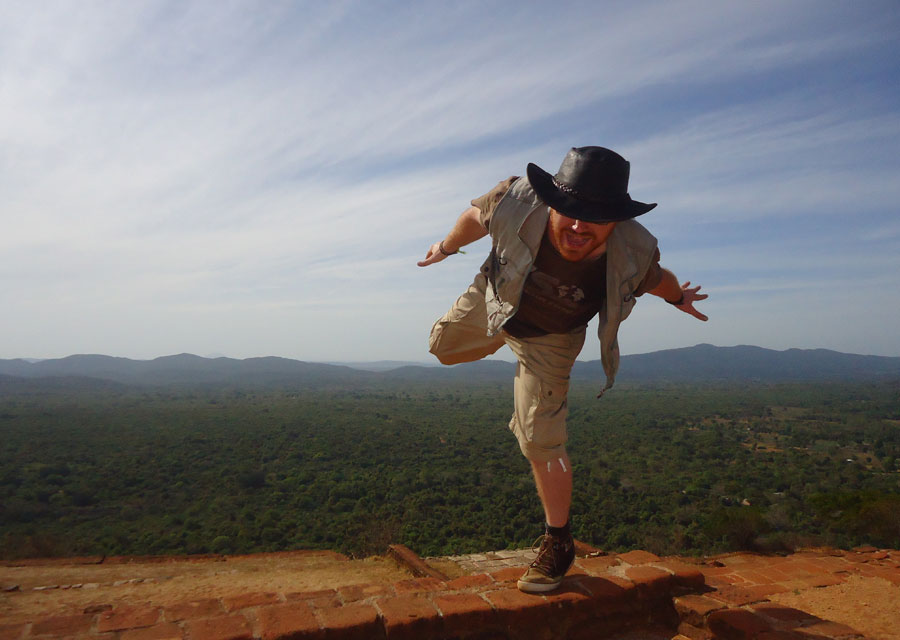 In the central African country of Gabon, I spent a week with a Bwiti tribe run by a crazy Frenchman called Tatayo. Tatayo had lived in Gabon for over 40 years and was the first white chief in the history of Gabon. When he wasn’t stuffing hapless backpackers full of hallucinogenic tree bark, he would probably be running through the forest screaming “f--- the Pope!” or listening to his favourite CD of Gabonese Pygmy Yodelling.

Talking of crazy Frenchmen, another person chock full of mischief and hilarity was Eric, a Frenchmen I met in Cairo. I was out in a bar with Kendra (my CouchSurf host, originally from Boston) when we somehow got embroiled in a heated debate with this guy Eric about whether or not dolphins can communicate – his argument was that they couldn’t, summed up by his indignant response – “Do dolphins write poetry? Do zey win awards for literature? NON!! Zey are feesh!” Needless to say, we spent the rest of the night drinking with Eric and his two British friends because quality entertainment like that is hard to come by.

Talking of getting into arguments, one of the more startling people I met on the road was Atheer, an outspoken Arab atheist from – of all places – Palestine. His take on the situation in the Middle East? “If people would stop fighting over who has the best invisible friend there would be peace”. I couldn’t have agreed more. 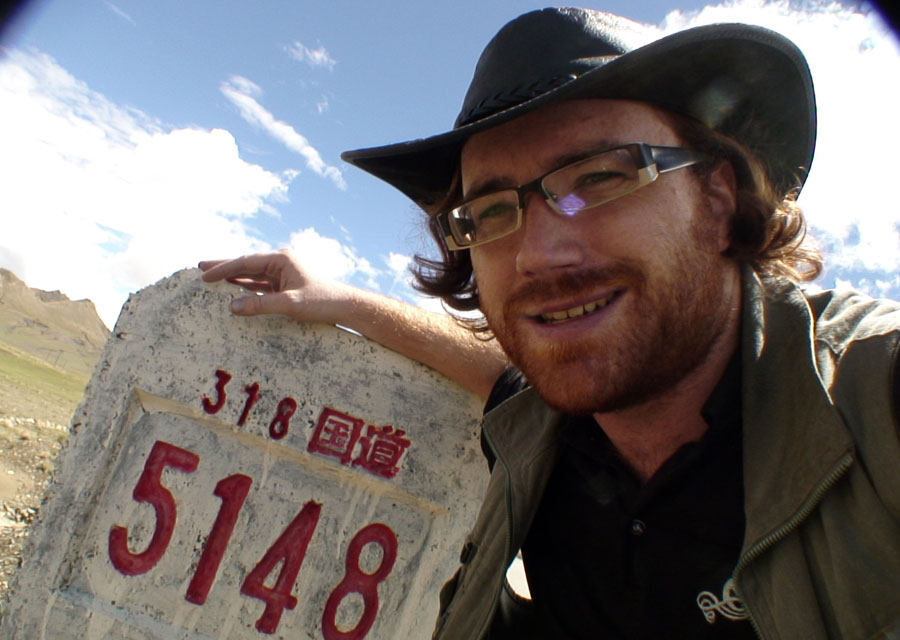 Meanwhile, over in Iran, I had the pleasure of meeting Arash and Arsi, two guys from Tehran who gave me (secret) wine and took me for a late-night kebab. On the way home we belted out a Radiohead medley in the street – not quite what I was expecting from a country that was branded part of the ‘Axis of Evil’ by George W Bush. A couple of days later I was on an overnight bus heading from Shiraz to Khorramshahr on the Shatt-al-Arab waterway when a dear old Persian lady who was sitting in front of me turned and gave me her mobile phone, gesturing for me to put it to my ear. On the other end of the line was her grandson, Seyed. He explained that his grandmother had called him because she was concerned that when we got to Khorramshahr I would have nowhere to go and nothing to eat. She wanted to know, if it was alright with me, if she could take me home with her and make me breakfast.

I met a few minor celebrities on my travels – I shared a beer with bungee jump entrepreneur AJ Hackett in Bali, shook hands with President (and Nobel Prize winner) Jose Ramos-Horta in East Timor and enjoyed a hilarious night out with the Prime Minister of Tuvalu – with members of the Tuvaluan Police Force, the US Coast Guard and a group of excessively butch transvestites thrown in for good measure.

I stayed in two separate villages in Papua New Guinea where I was the only white guy for miles around and I also had the pleasure of staying with the grandson of Mick Leahy, the Australian explorer famed for making ‘First Contact’ with the previously undiscovered highlanders of New Guinea back in the 1930s. 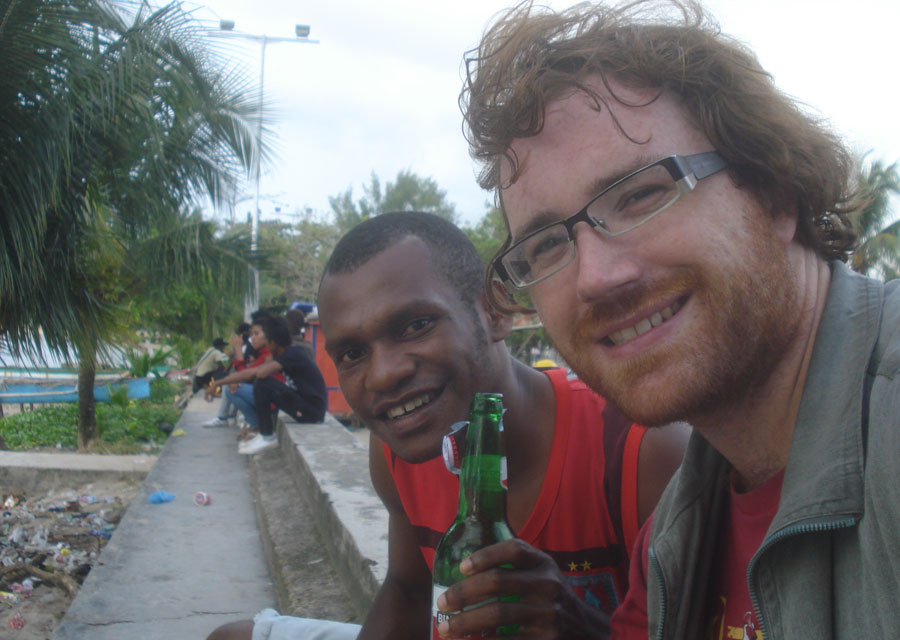 All of the captains whose ships I sailed on were wonderful just for letting me on board, but Captain Andrei was by far the craziest. He took me under his wing and we explored the islands of Samoa, American Samoa and Tonga together. But the thing I loved most about Captain Andrei was the fact that he liked to play Rammstein brain-scramblingly loud on the bridge, leaving his Filipino and Fijian crew utterly bewildered – these guys were more accustomed to the likes of Bryan Adams and Elton John.

My CouchSurfing hosts around the world were equally as incredible, not only allowing me to stay with them, but often showing me around their hometown and – if I was lucky – taking me out for drinks. From an Iranian sushi chef in the Dominican Republic to a bunch of zookeepers (and a house filled with deadly snakes and spiders) in Australia, CouchSurfing put me in touch with a colourful bunch, none more so than the great Sachal Mir of Negombo, Sri Lanka: dinner party host extraordinaire, teller of the tallest of tales and owner of the hairiest back in the Northern Hemisphere.

And finally, upon returning to Egypt in December 2012, I met up again with Kendra and, together with three guys named Mo(hammed), we scaled the fence of the Giza Plateau in the middle of the night and covertly climbed the Great Pyramid. As we sat on top of the last remaining wonder of the ancient world, the early morning call to prayer echoed in ghostly harmony from the city far below. It was a perfect end to an incredible adventure. The fact that I managed to visit every country in the world without flying was remarkable, but it was the people I met along the way that made it worthwhile. 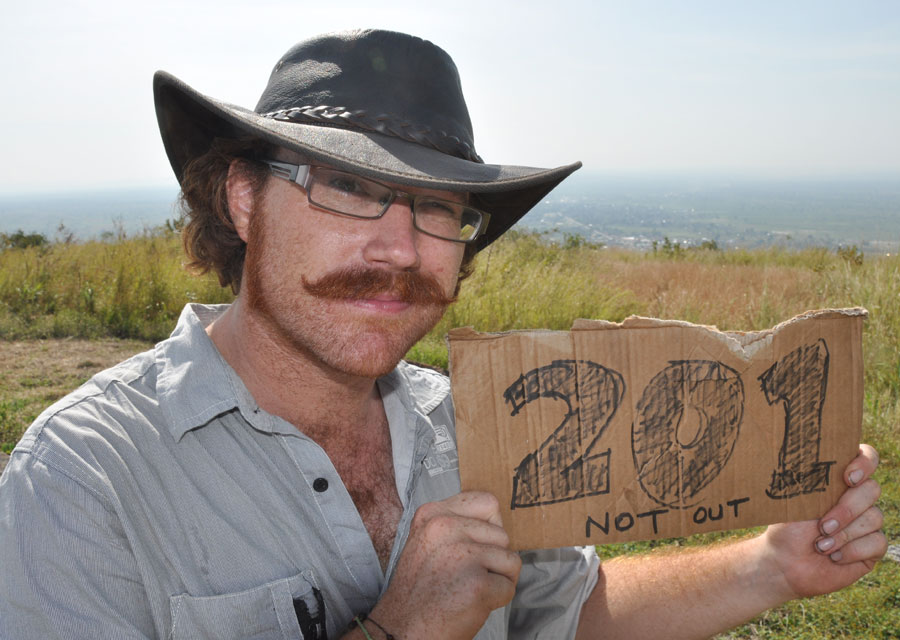 Graham's next adventure takes him to Puerto Rico to take part in SOS Island, where his survival skills will be tested against fellow adventurers from around the world. Follow his journey @SOSIsland.