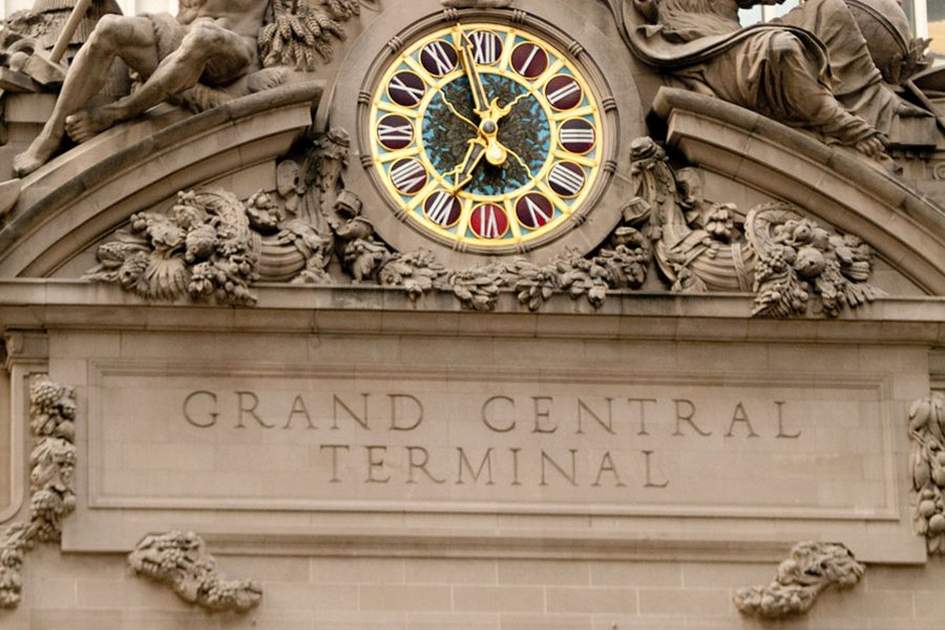 Grand Central Terminal is one of New York City's most visible and popular icons, and today, February 1, this grand train station celebrates its 100th birthday. It is the largest railway terminal in the world by some measures, with 44 platforms and 67 tracks on two massive underground levels. With its front door on 42nd Street, Grand Central is the sophisticated east side accompaniment to the west side glitz and gaudiness of Times Square. It is also a centrepiece of what has – over the terminal’s 100-year history – become one of the largest and most important business districts in the world; leading corporate headquarters (on what is some of the most expensive real estate anywhere) surround the terminal.

Today’s Grand Central Terminal is actually the third railway station on the site – the original dated from 1871, when the city’s development was clustered further south toward Wall Street and the tracks continued to 27th Street. The construction of the current terminal started in 1903 and was based on a very innovative design to move the tracks and platforms underground (enabled by the new-fangled option to electrify the tracks). Together with improved surface traffic flow, the new terminal allowed for the opening up of the surrounding area for development.

Grand Central quickly became a focal point of the golden era of railways in America, serving as a glamorous rail gateway to New York City. The most famous train to serve Grand Central was arguably the 20th Century Limited, an express train between New Yorkand Chicago (which made the journey in 1938 faster than trains do today). The 20th Century Limited was the ultimate in luxury, and may be the source of the phrase “rolling out the red carpet” – which was done at Grand Central and in Chicago. It is largely from this golden era that the terminal gained its place in American culture, playing a role in classic films like North by Northwest and great books like Catcher in the Rye.

Unfortunately, with the massive contraction and ultimate collapse of railway in the United States, Grand Central Terminal fell upon hard times. Its cross-city rival, the once-mighty Pennsylvania Railroad’s Penn Station, was demolished in the mid-1960s and replaced with ugly office towers and a massive arena (Madison Square Garden) – leaving the railways and their customers to scurry through a maze of claustrophobic underground concourses. At the time, there were similar plans for Grand Central Terminal. However, the loss of Penn Station spurred the city in 1968 to declare Grand Central a landmark, and plans to demolish it were vehemently opposed by public figures such as Jacqueline Kennedy Onassis. Ultimately, this led to the creation of the historic preservation movement in the United States.

Although Grand Central had been saved from the wrecking ball, it remained for years in a sorry state. In 1983 MTA Metro-North Railroad (a government-owned suburban railway operator) took over from the bankrupt private railways, and eventually started the long and expensive process of restoring Grand Central Terminal (largely completed in 1998). Today, Metro-North is the sole rail tenant –nearly 300 daily trains depart from the terminal, and during the 8am hour 52 trains (a similar number to London Waterloo) bring commuters into the heart New York’s largest business district. Unlike for much of its long history, however, the farthest afield one can go by train is about 130km to the north in the empty woods of upstate New York. Integrated into the terminal is also the second-busiest subway station in New York, serving five lines and nearly 150,000 daily customers. A true New Yorker will recognize the difference the difference between saying “Grand Central Terminal” and “Grand Central Station”, as the station only refers to the underground subway platforms, and not the graceful building above.

While no longer serving intercity trains (since 1991), the terminal is busier than ever seven days a week, not only with suburban commuters but with tourists, shoppers, and those in search of a bite to eat. The Main Concourse is the most popular attraction, with its massive soaring space, decorated astronomical ceiling, and time-honoured meeting point in the centre at the opal clock. The concourse is flanked by a prestigious steakhouse and a new Apple store on its marble balconies, and surrounding are a plethora of shops and restaurants worth a visit – including the well-known Oyster Bar (with its unique arched whispering gallery and recent Mad Men fame), the 1920s-themed Campbell Apartment cocktail lounge, and a variety of New York specialty food vendors. Be sure to look up at the ceiling and find the black square – this shows the level of tobacco smoke, diesel fumes, and pollution that once permeated the building and obscured the view of the celestial ceiling.

Perhaps the best way to fully appreciate the terminal is to take the audio tour, available from a former ticket window in the Main Concourse – or take the new daily walking tour. All of the details of the terminal’s centennial celebration can be found at http://www.grandcentralterminal.com. 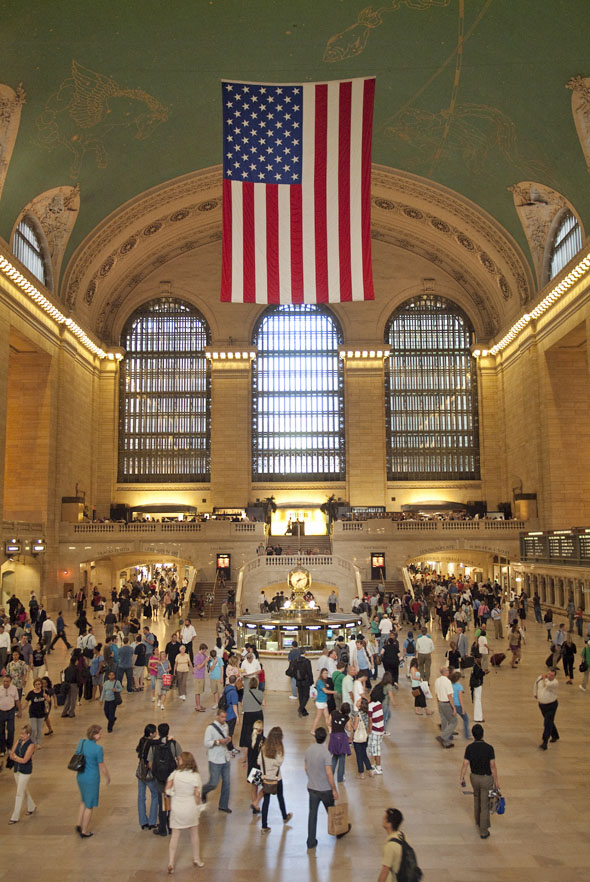 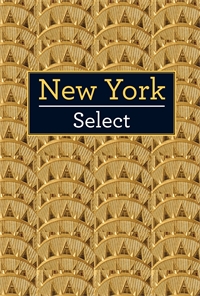