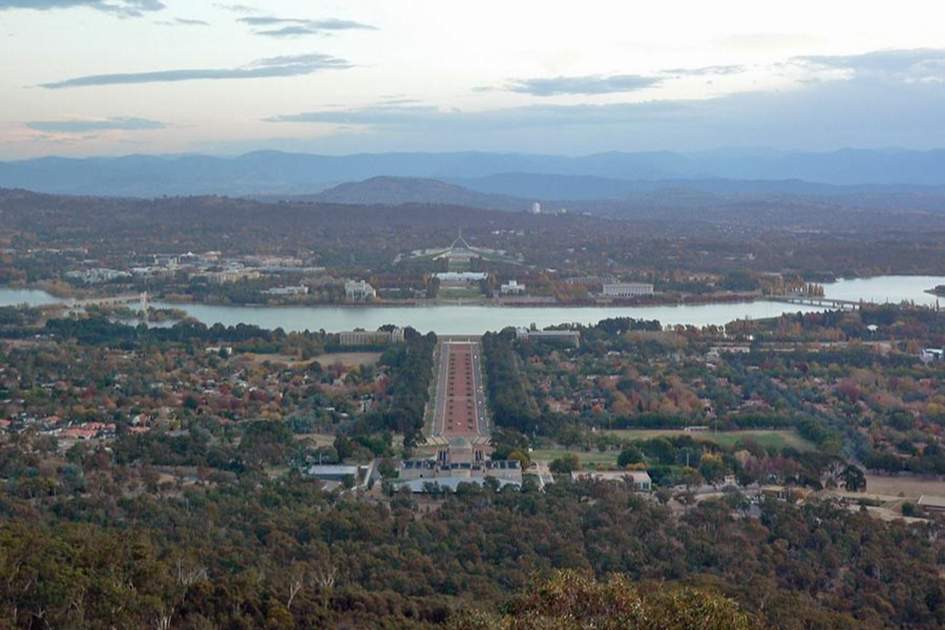 This year, Canberra, the capital city of Australia, is 100 years old.

In 1901, at the time of the federation of the six Australian colonies, there was intense rivalry between Sydney and Melbourne over which was the chief city of Australia. After some wrangling, the founding fathers solved the problem by the compromise of inventing a new capital at an equal distance from both. Thus a small and hitherto undistinguished valley in the southern tablelands of New South Wales was selected as the site.

On 12th March 1913, Lady Denman, wife of then Governor-General Lord Denman, stood on the new Foundation Stones and declared that the name of the new Australian capital would be Canberra.

To celebrate, the city is holding a year-long programme of events highlighting Canberra's role in Australia's story. Go to http://www.canberra100.com.au to find out more.

Top 5 things to see in Canberra

Parliament House is built into the side of Capital Hill on the lakeside, its roof grassed in order to blend in. When parliament is sitting, anyone can watch Australian parliamentary democracy in action from the Public Galleries.

This museum houses an eclectic collection of artefacts. Highlights include the world's largest collection of Aboriginal bark paintings, convict clothing and leg irons, and a raft used by Vietnamese refugees who landed in Australia in the 1970s.

Essential if you want to make sense of the layout of Canberra. The exhibition offers some curious sidelights to the shaping of the capital. According to the original plan, the surrounding hills were to be planted with flowering shrubs in different colours: Mount Ainslie in yellow, Black Mountain in pink and white and Red Hill - in red, of course.

Nature-lovers will enjoy visiting the botanic gardens at Black Mountain Reserve, which contain a huge range of Australian plants in grounds covering 40 hectares (100 acres). The surrounding bush is one of the city's great attractions.

On the lake front, the library holds 4.5 million books and a model of Captain Cook's Endeavour.

We were more than pleased with every aspect of our trip, from the knowledgeable local guides to the outstanding accommodations. The Riley in Cannes was lovely with a breathtaking view and great restaurant on site. I also loved the blue flowered linen... Read more