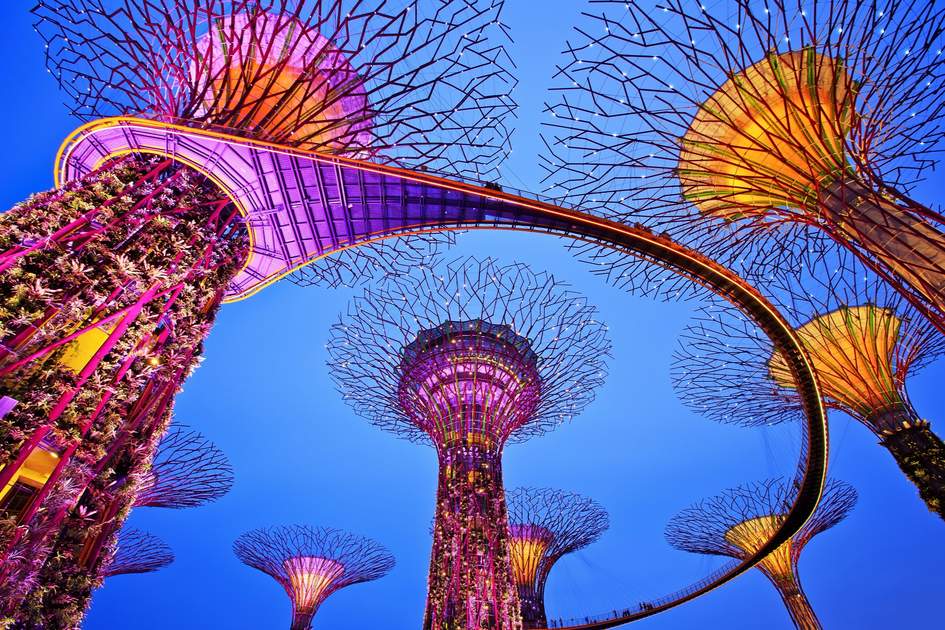 Super trees at Gardens by the Bay.

Singapore’s architecture showcases a spectrum of influences and styles from different periods. Over the past two decades, conservation efforts have been carried out to preserve Singapore’s architectural heritage. Projects include the restoration of historic buildings and adapting them for new uses. Examples are The Fullerton Hotel (formerly the General Post Office) and the National Gallery Singapore, housed in the Supreme Court building as of November 2015. Meanwhile, the Peranakan-style mouldings and ornate decorations of shophouses are kept intact in places like the Koon Seng Road stretch (Joo Chiat Road) and Emerald Hill.

Of all the architectural styles in Singapore, none is as distinctive as the lavishly decorated shophouses found in the city’s older neighbourhoods. Known as Chinese Baroque or Singapore Eclectic architecture, these shophouses sport a rich mix of Malay, Chinese and European architectural details. The shophouse was so called because the lower floor was used for business while the upper level served as living quarters.

The design, initiated by Raffles, had detailed specifications to achieve conformity. They were arranged in a linear form and built of masonry with tile roofs. Linking the shophouses was a covered path called the ‘five-foot way’ because the width between the building and the street had to be exactly five feet. Over the years, five distinct shophouse styles developed, many of which have been restored to their original splendour. 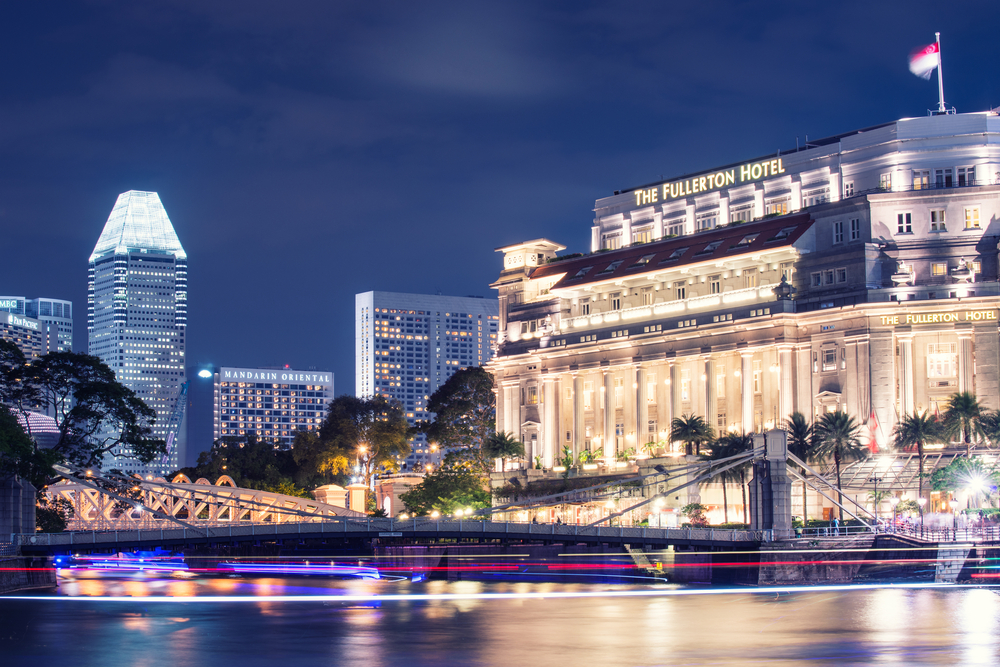 The Early style was the first shophouses, erected in the 1840s, with their squat upper levels and simple lines. Dating to the early 1900s, the First Transitional shophouses added an extra floor to maximise space. The Late style, dating from 1910 to the late 1930s, is the most florid of all styles, with lavishly decorated facades. The Second Transitional style from the late 1930s onward combined Asian and European architectural influences, including Malay-style wooden eaves, Corinthian columns and pilasters and French windows with timber louvres. Art Deco is the most recent of styles, mainly built between 1940 and 1960. It is the most European in character; a private forecourt area with a gate and a balcony on the upper floor are typical features.

Many old shophouses are much sought-after these days because of their unique facades and historical value. Strict guidelines govern the restoration of shophouses, many of which have been turned into restaurants, bars and offices. 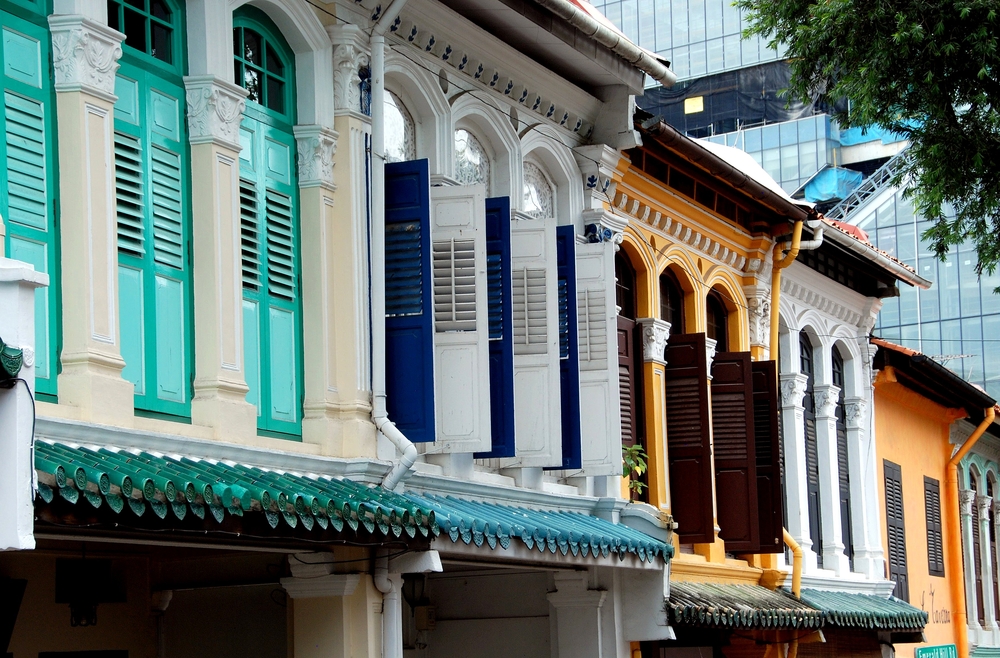 Another significant collection of historic buildings are those built by the British during the colonial period. These structures generally feature Neo-classical, Palladian and Renaissance styles. Some of the most prominent examples include the Fullerton Building, the old Parliament House, the old Supreme Court Buildling, City Hall, the Victoria Theatre and Concert Hall, National Museum of Singapore, Hill Street Central Fire station, Raffles Hotel and Chijmes. Some of the city’s main churches also feature the gothic style, including St Andrew’s Cathedral and the Cathedral of the Good Shepherd, both in the City Hall district.

Aside from these grand structures, there are also charming 19th century black and white bungalows in lush neighbourhoods such as Rochester, Tanglin Road, and Portsdown. Homes of top ranking government officials and the army during the colonial days, these were abandoned after the British left. Today, there are about 500 of these buildings left. Most have been renovated into beautiful residences and rented to expats, or leased to artists, architects and designers. 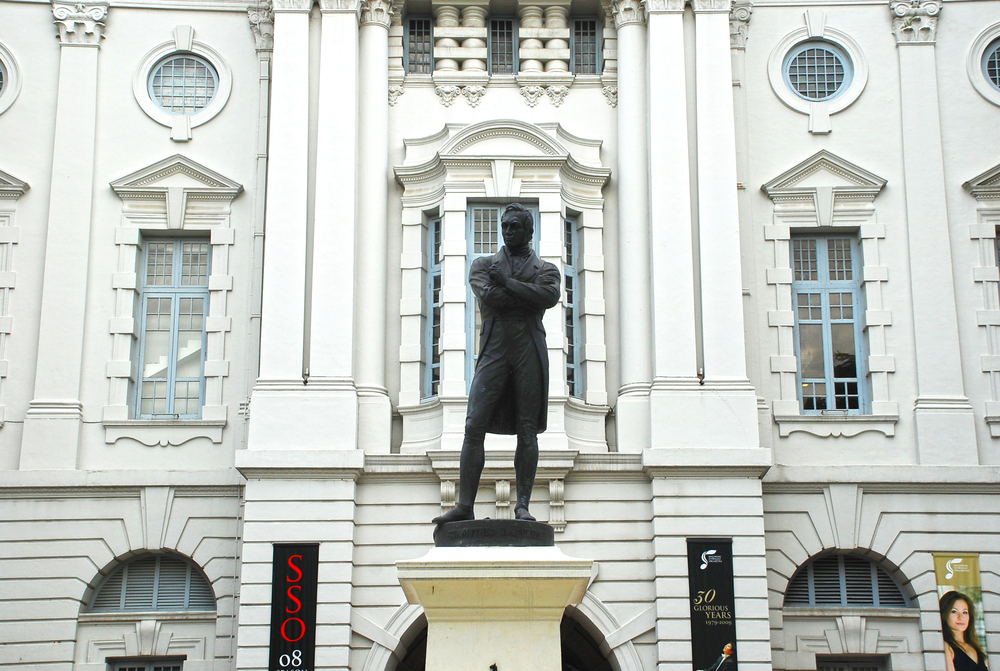 Singapore’s skyline has changed dramatically over the past decade and today brims with gleaming skyscrapers and one-of-a-kind masterpieces. Iconic landmarks have sprouted around town since the government introduced the two integrated resorts in 2010. Moshe Safdie’s Marina Bay Sands, featuring three lofty towers crowned by a massive SkyPark and massive infinity pool, is the most talked about engineering wonder in the city. Other unique structures in the area include the white lotus-shaped Art Science museum and Gardens by the Bay’s Flower Dome and Cloud Forest. Before these were built, Esplanade – Theatres on the Bay with its colossal dome-shaped structures was the highlight. It remains a significant landmark today. 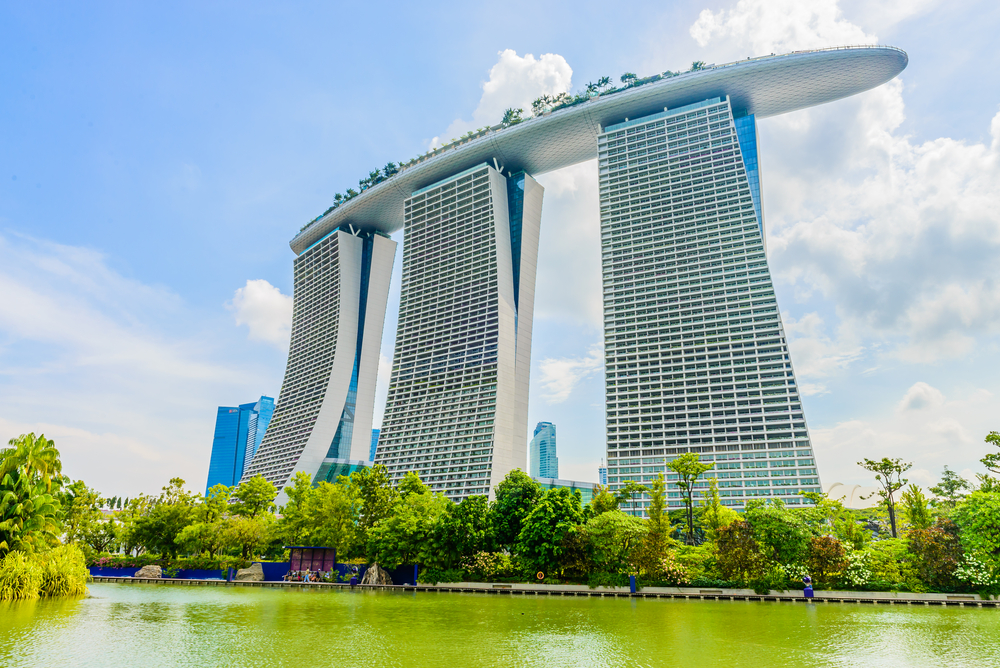 Book a trip: Uniquely Singapore: There’s plenty to enjoy in Singapore, from visiting ethnic neighbourhoods like Little India and Chinatown, to night safaris, authentic street food and sampling the eponymous cocktail, or two.

Terrific guide and very interesting tour. Bali is an exotic and fascinating place. We avoided the busy tourist boozy beachfront.