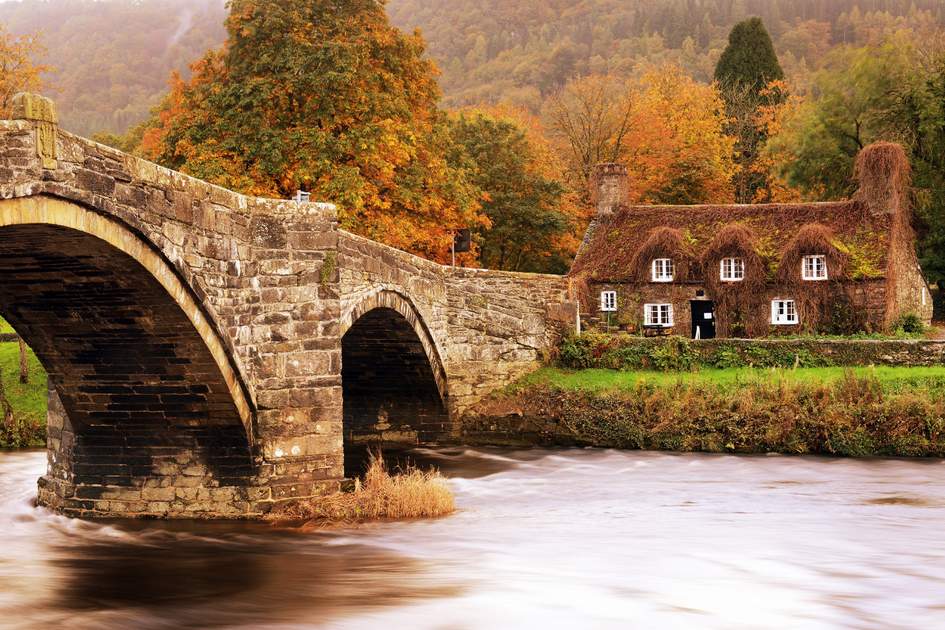 With its dramatic mountain peaks and deep valleys, Snowdonia - Wales's most mountainous region - is a magnet for hillwalkers, for whom there is an almost bewildering choice of routes.

In the north the Carneddau offer vast grassy whaleback ridges, while the adjacent Glyders and Tryfan are strewn with frost-shattered boulders. Behind Tremadog Bay rise the Rhinogs, unfrequented mountains of ankle-twisting rock and deep heather.

Both the Cadair Idris and Snowdon massifs offer rugged walking, sustained gradients and wonderful views, but can be busy. By contrast, the featureless and often boggy Migneint between Bala and Ffestiniog is strictly for connoisseurs of solitude; the Aran Ridge running north from Dinas Mawddwy to Lake Bala also offers an escape from the crowds. West and north of Blaenau Ffestiniog, the Moelwyns are laced with slate-mining relics.

For family groups and the less mobile there are miles of gentler footpaths and bridleways. Good examples may be found in Gwydir Forest around Betws-y-Coed, in Coed y Brenin Forest near Dolgellau and around many of Snowdonia’s more accessible lakes.

There is estuary-edge walking on the Mawddach Trail west of Dolgellau. Sections of the Anglesey shoreline possess marvellous coastal paths, notably on the island’s west and north, and there are good stretches of path, too, around the tip of the Lleyn Peninsula. Then there are the Precipice Walks, principally around the Mawddach Estuary. Not as hazardous as they sound, they are well-made footpaths that traverse very steep hillsides. Waymarked long-distance trails include the 108-mile (174km) Dyfi Valley Way, the 60-mile (97km) North Wales Path between Prestatyn and Bangor, and the circular 121-mile (195km) Anglesey Coast Path (for information on walking trails, see http://walking.visitwales.com).

Hikers in need of a rest can hop on the 40-mile (25km) restored Ffestiniog Narrow-Gauge Railway, which runs from Caernarfn to Porthmadog.

The choice for climbers

Snowdonia’s great buttresses and gullies have attracted rock climbers in ever-increasing numbers since before World War I, when Colin Kirkus and John Menlove Edwards pioneered audacious new ascents. Later, in the 1950s, the likes of Joe Brown and Don Whillans immortalised such locations as the Llanberis Pass and Snowdon’s Clogwyn Du’r Arddu.

More recently, interest has spread out from the inland crags to embrace the sea cliffs of Anglesey, the Lleyn Peninsula, Llandudno’s Great Orme and the cliffs north of Tremadog.

Courses in rock climbing, scrambling (requiring the use of hands as well as feet) and various types of mountaineering, as well as hill-walking, mountain biking, skiing, kayaking and more, are provided at the Welsh National Mountain Centre, Plas y Brenin, Capel Curig (www.pyb.co.uk).