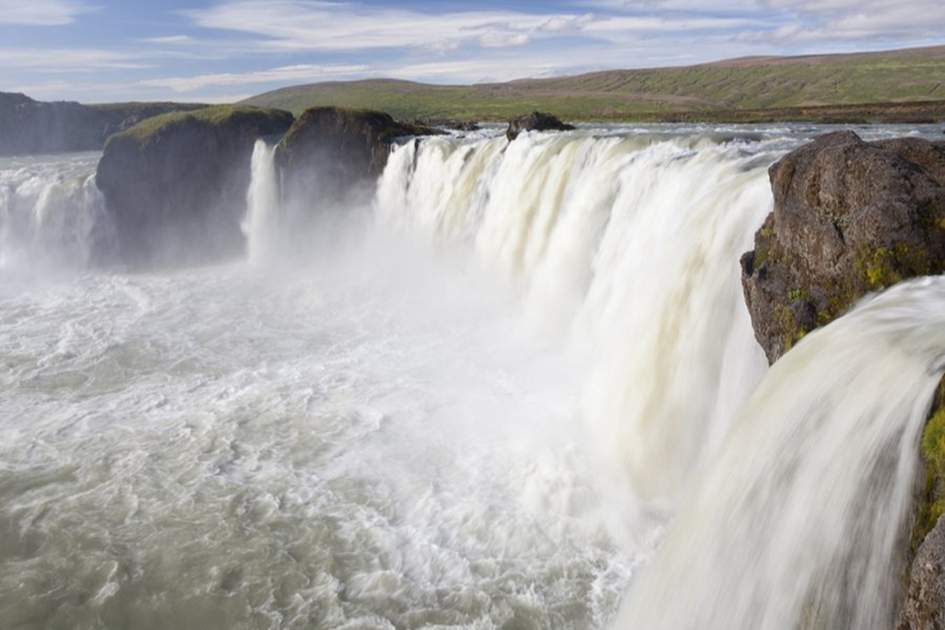 From volcanoes to glaciers, Iceland is home to a concentration of nature’s wonders, both hot and cold, greater than in any other place on earth.

In 1963, the island of Surtsey exploded out of the sea off Iceland in a great arch of flame and lava. It was only the latest natural wonder in Iceland’s long, turbulent life. The Mid-Atlantic Ridge, which runs through the middle of the country from southwest to northeast, is the cause of the geothermal activity that has shaped much of Iceland’s geology and unique landscape. Equally responsible are the thousands of years of glaciation, and the glacial meltwater, which together have modified the land.

The northwest and the east of Iceland are no longer volcanically active. Most of the rest of the island, however, conceals a seething mass of volcanic and geothermal activity. There are over 100 volcanoes in Iceland; 35 of these have been active over the past 10,000 years (recent history in geological terms!). The area close to the Mid-Atlantic Ridge has the greatest number of volcanoes: all around smoke and steam rise constantly. Here can be found spouting geysers, hot springs and craters – both active, like those near Mývatn, and inactive, solidified into fantastic lava shapes or filled with calm lakes. In some areas the ground is still very warm, and Icelanders may even use a small covered pit as an oven to bake a delicious speciality – lava bread.

In the past few centuries Iceland has experienced an eruption every five years on average. Most are minor, short-lived and cause minimal damage, like the photogenic eruption of Mount Hekla in 1991 – “tourist eruptions”, in local parlance. Others can cause a little more trouble, like the 2010 eruption under the Eyjafjallajökull glacier. The resulting ash cloud, which reached a height of 10km (6 miles), brought airplanes across Europe to a standstill for six days in April, with an estimated cost to the airline industry of £2.2 billion.

At the other end of the scale are glaciers, many of which pour like frozen torrents from the icecap Vatnajökull. One of these glaciers, Breiðamerkurjökull, creates a particularly photogenic scene: when it calves (when a mass of ice breaks off), it fills the nearby Jökulsárlón lake with icebergs. The glaciers are bleak and dramatic moonscapes of peaks, crevasses and a surprising range of colours from dirty black to pure icy blue.

Meltwater from the glaciers flows out into winding rivers, which swell whenever warm weather melts the glacial ice or when volcanic activity begins beneath the glacier. Unlike the crystal-clear rivers fed by rain or underground streams, glacial rivers carry silt from the glacier, so they are generally brownish and murky in colour. Unbridged rivers are one of the main dangers to travellers in the highlands, as the water can rise with alarming rapidity.

Iceland is our Destination of the Month: to find out more about its fascinating geology, check out our pages on Iceland or buy one of our fantastic travel guides.

The sties were awesome and our guide was terrific!

The sties were awesome and our guide was terrific!