When it comes to environment, climate, and landscapes, Cambodia is about as diverse as it gets. Here's what you need to know before exploring this Southeast Asian destination for yourself 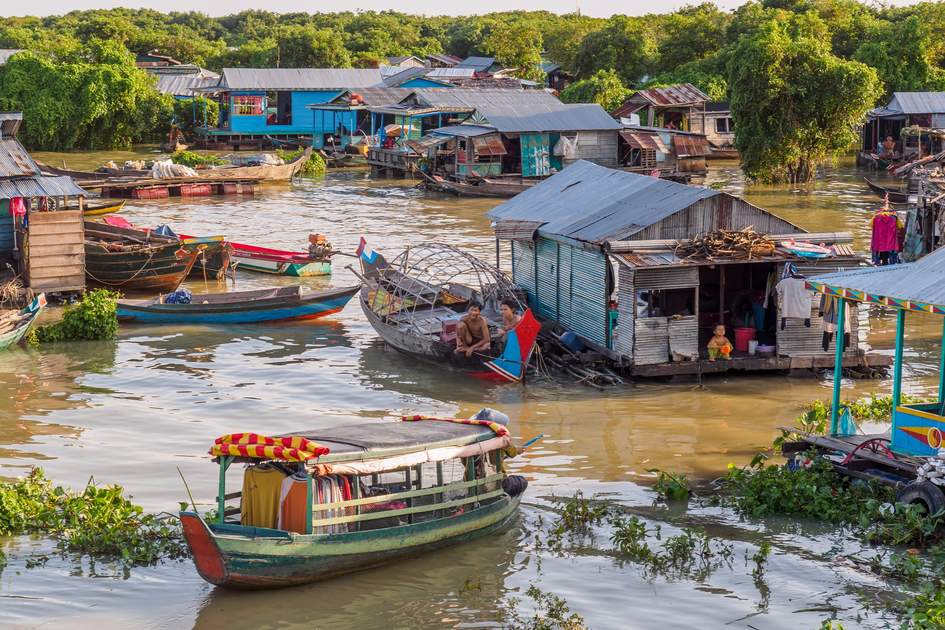 In contrast to the rugged terrain of Laos, Cambodia is a relatively flat, low-lying land. Situated at the heart of Indochina, it has a total area of slightly over 180,000 sq km (70,000 sq miles), and shares land borders with Laos to the northeast, Vietnam to the east and southeast, and Thailand to the north and west. In addition, Cambodia has a 443km (277-mile) coastline on the Gulf of Thailand in the southwest. The country is divided for administrative purposes into 20 provinces and three municipalities. The capital, Phnom Penh (population 2 million), is in the southeast and included on Insight Guides' Unseen Cambodia  tour.

The lay of the land

Two water features dominate the landscape: the Mekong River and the great lake of Tonlé Sap. The Mekong enters from Laos and flows for around 500km (300 miles) through Cambodia, up to 5km (3 miles) wide in places, before passing into Vietnam bound for the South China Sea. The river splits in two at Phnom Penh, the first major division of its large delta, where the broader, northern branch retains the name Mekong, while the southern branch is known as the Bassac. Tonlé Sap lake, vital to the Cambodian economy, dominates the centre of the country.

Beyond the Mekong-Tonlé Sap Basin, low-lying plains extend across much of central and northern Cambodia. Towards the periphery of the country, however, are several mountain ranges; the northern border with Thailand is marked by the Dongrak Mountains, a 350km (220-mile) range of south-facing sheer sandstone cliffs rising 180–550 metres (585–1,800ft) above the plain. In the southwest, covering much of the region between the Tonlé Sap and the Gulf of Thailand, two separate ranges, the Kravanh (Cardamom Mountains) and the Damrei (Elephant Mountains), form a remote upland area. It is here that Cambodia’s highest peak, Mount Aoral (1,813 metres/5,892ft), is found. Beyond these ranges, on the coast, is a narrow lowland strip, cut off from the central plains and sparsely populated. In the northeast of the country, occupying the remote provinces of Rattanakiri and Mondolkiri, rise the eastern highlands. This region of thickly forested hills and plateaux, which extends east across the border into Vietnam and north into Laos, is wild and remote, but is becoming deforested at an alarming rate.

Cambodia also has many islands off its southern coast in the Gulf of Thailand. Koh Kompong Som lie to the west of Sihanoukville within a half-day boat trip. The Koh Ream Archipelago is scattered to the east towards the fishing village of Phsar Ream. Koh Tang is further out to sea, between four and eight hours’ journey from Sihanoukville by boat.

Most of Cambodia’s 13.5 million inhabitants live in small villages in the Mekong-Tonlé Sap Basin and practise subsistence wet-rice cultivation or fishing. Phnom Penh, emptied by the Khmer Rouge regime between 1975 and 1979, is now bursting at the seams, and many poorer people are being driven out by speculation and high land prices. Set against this, the government is distributing free land to poor farmers in undeveloped areas, such as around Bang Melea in Siem Reap province. 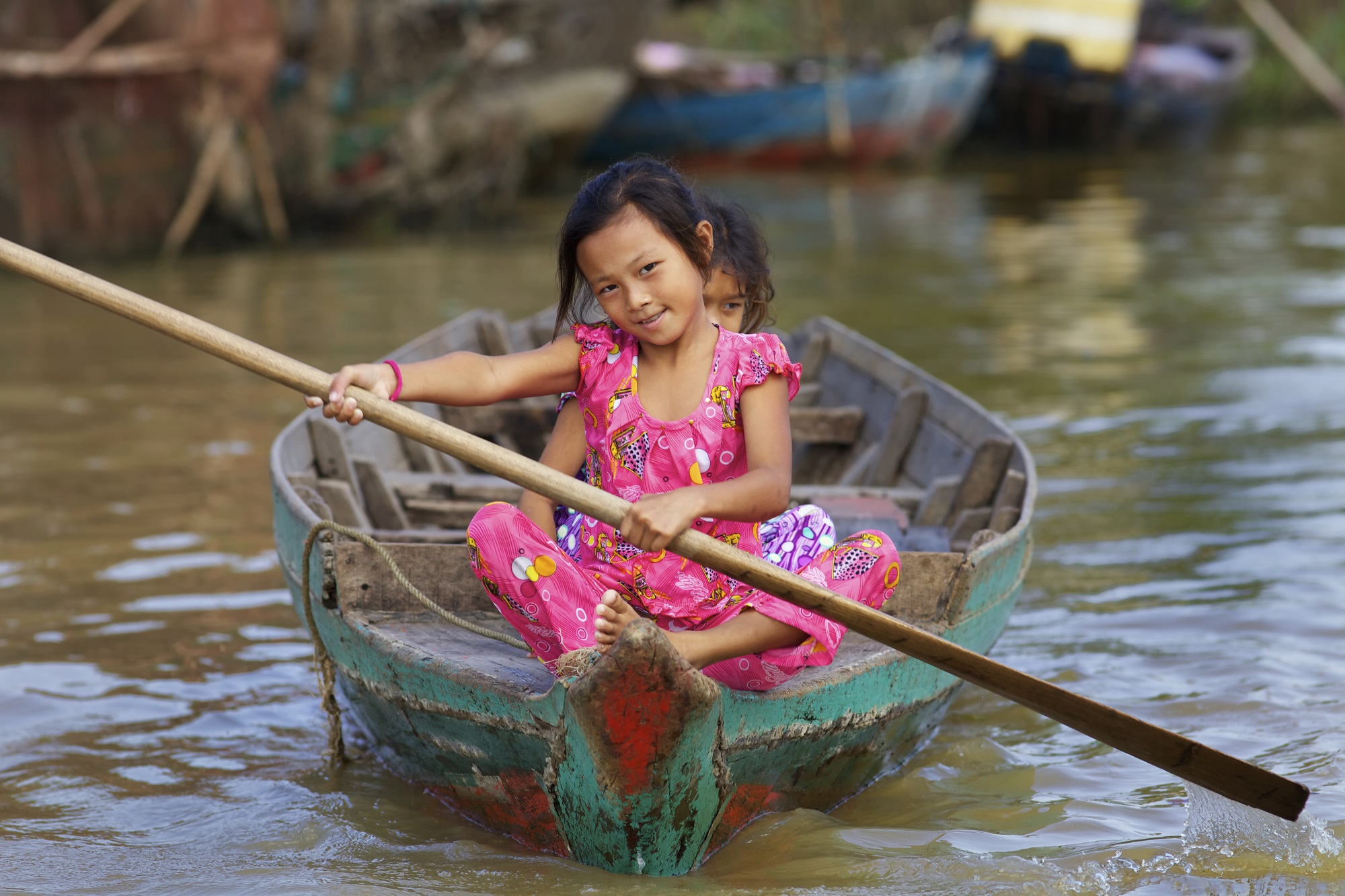 Cambodia plays host to a diversity of natural environments. The central lowland plains are largely agricultural; but outside the cultivated fields of rice, maize and tobacco and, in some places, rubber plantations, they are thinly forested, with scrub-like areas of reeds and grasses covering large areas. Around the periphery, the transitional plains are covered with savannah grasses and small bushes.

The various mountain ranges in the country support several different forest types. Large areas of the Cardamom and Elephant mountains in the southwest are covered in virgin rainforest, where the upper canopy often reaches 50 metres (160ft). Elsewhere in these mountains, at the highest elevations, are subtropical pine forests. The eastern mountain ranges bordering Vietnam and Laos are covered with deciduous forests and thick grasslands.

Among Cambodia’s larger animals are small populations of tigers, leopards, rhinoceros and elephants. Present in somewhat greater numbers are various species of bear, deer and wild cattle. There are also numerous smaller mammals, including monkeys, squirrels, voles and rats. The country is rich in birdlife: notable species include those found in wetland and grassland ecosystems such as cranes, herons, pelicans, cormorants, ducks and grouse.

Much of the wildlife is threatened, notably the rare Irrawaddy dolphins in the Mekong near Kratie; on the other hand, genuine efforts are being made to establish national parks and nature reserves such as the bird reserve at Prek Toal, and as these begin to generate income from tourism, so local people are learning to appreciate their value. Cambodia’s first national parks were established as recently as 1993. Today there are seven – Kirirom, Preah Monivong, Kep, Ream, Botum Sakor, Phnom Koulen and Virachey. There are also 10 designated wildlife sanctuaries across the country. 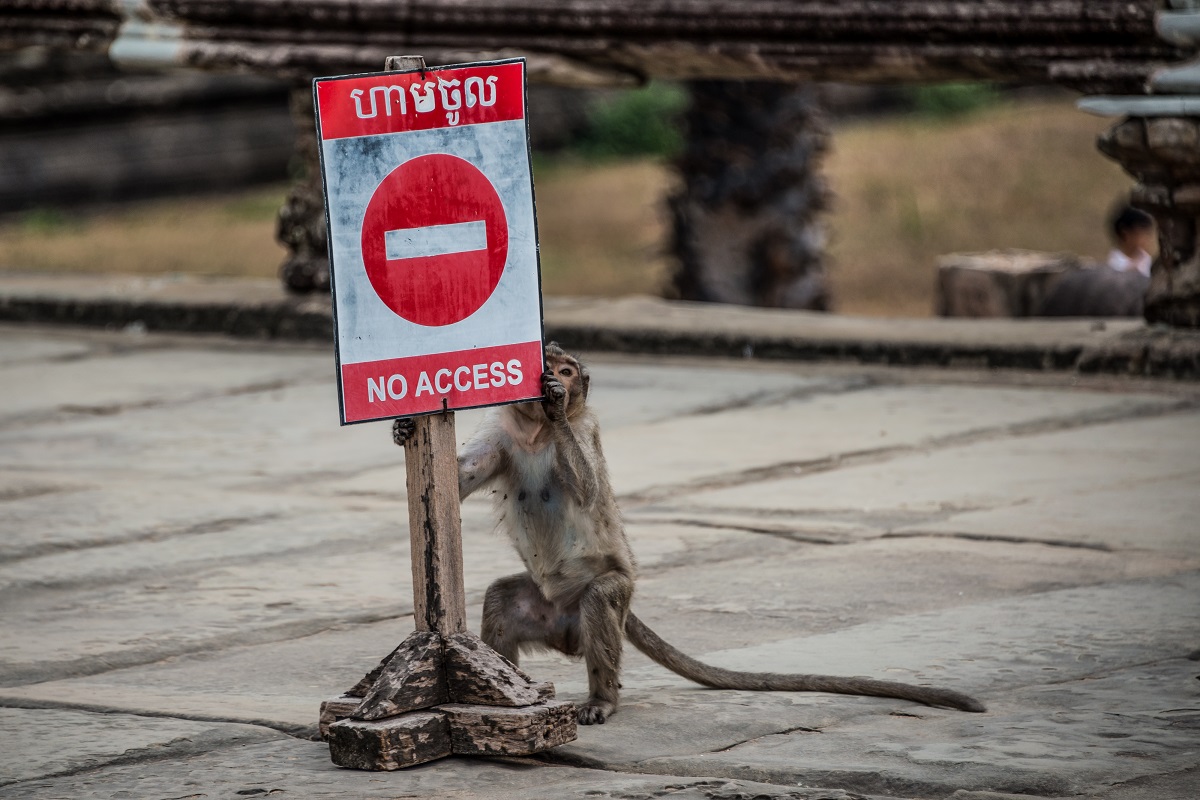 Cambodia’s climate is governed by the annual monsoon cycle. From May to October the southwest monsoon carries heavy daily rainfall. The northwest monsoon, between November and March, brings slightly lower temperatures and less precipitation. In between are transitional periods, with changeable cloud cover and rainfall, but consistently high temperatures. The coolest months are between November and January, though even then temperatures rarely fall below 20°C (68°F): Cambodia is generally a few degrees hotter than Lao.

The driest months are January and February, when often there is no rainfall, and the wettest usually September and October. Rainfall varies quite considerably from year to year and region to region. Talk to an Insight Guides' local expert to help plan your trip for the right time of the year. The southwestern highlands, with their seaward-facing slopes, can exceed 5,000mm (200 inches) a year, while the central plains generally average only 1,400mm (55 inches). Greater problems arise when the southwest monsoon fails. This can cause severe food shortages for the many Cambodians dependent on the Tonlé Sap and its surrounding fertile soils for their sustenance. Droughts are not uncommon and, despite the fact that historical evidence suggests they have always been a problem in the region, many blame irresponsible loggers in the more northerly countries on the Mekong for exacerbating the situation.

Over the past four decades, large-scale logging has continued unabated throughout much of Cambodia; estimates put the reduction in forest cover at around one-third since 1970. While the Khmer Rouge started the exploitation of the forests, subsequent governments have helped to accelerate it. With international demand for timber high, and stricter controls on logging and the export of wood continually being imposed in surrounding countries, Cambodia has not hesitated to cash in on its forests. Logging concessions have been sold to foreign nations, particularly Malaysia and Indonesia, bringing much-needed cash to the ailing economy, but with little thought for the future. Several times the government in Phnom Penh has rescinded concessions, but so far greed has proved too powerful, and new concessions continue to be sold.

Loss of forest cover and encroachment on previously uninhabited forests, together with many years of war, also continue to pose a serious threat to the country’s wildlife. As in neighbouring Laos, animal conservation still remains at best a minor concern. Many people still hunt – though, happily, the country is no longer a major game-hunting destination – and there is little education regarding the importance of maintaining a balanced ecosystem. Quite simply, most people are concerned only with finding their next meal. On the other hand, large areas of the country are still only lightly populated, and little-visited by locals or foreigners, so – with the exception of logging – environmental pressures are reduced. 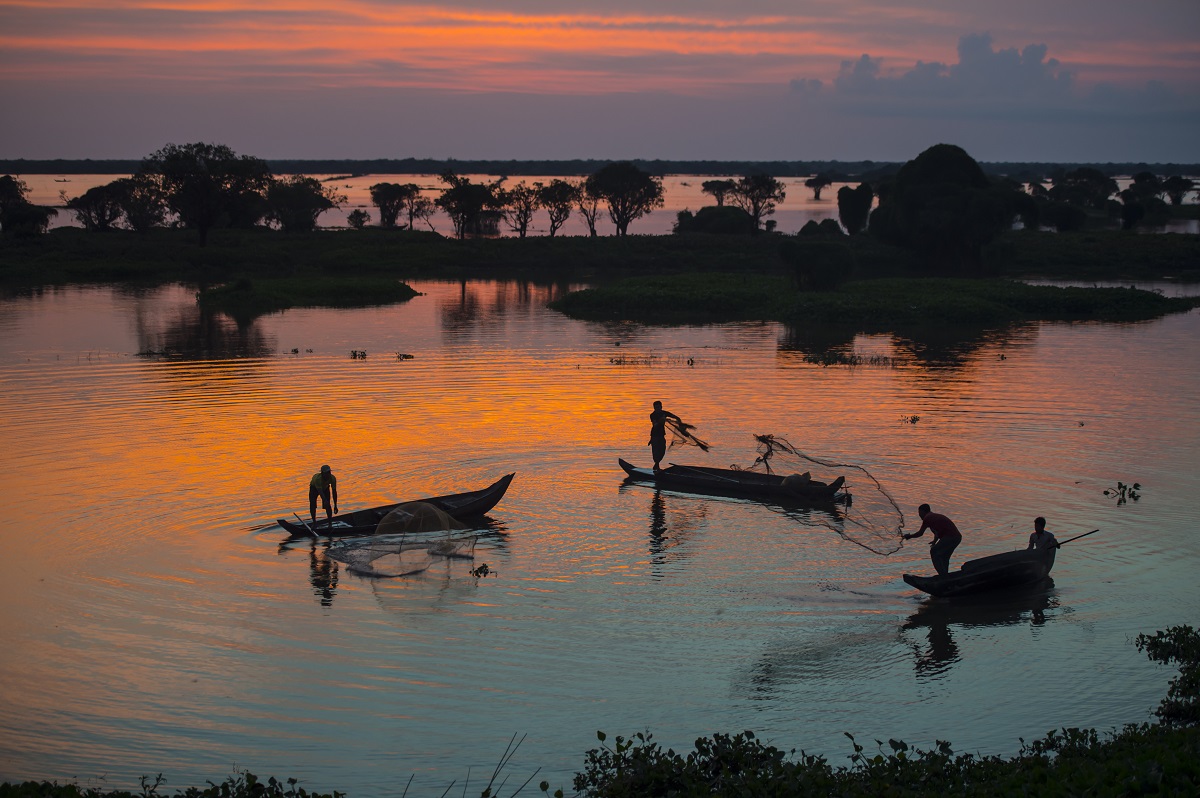 Another habitat at risk is the salt marshes and mangroves which make up the narrow strip of land on the coast between the southwestern mountains and the Gulf of Thailand. The delicate ecology here is threatened by commercial shrimp farming, largely the province of Thai entrepreneurs. To raise the profitable tiger-shrimps, mangroves must be cleared to make ponds. Fertilisers are added, and waste water is pumped out, an extremely destructive process which makes a farm useless within four years. As elsewhere in the region, offshore coral reefs are at risk from dynamite fishing.

Inevitably, the economic possibilities of the Mekong River have not gone unnoticed. As in other countries on the Mekong, various proposals have been made, mainly revolving around the establishment of hydroelectric facilities. So far little has come of these proposals, but they have brought to light the serious risks posed by similar projects upstream in Laos and China. Because Cambodia is so dependent on the annual rise in the waters of the Mekong and the Tonlé Sap for the fertile deposits this brings, any change in the flow of the river could have disastrous effects on agriculture. The possibility of a decline in fish is a concern. Furthermore, future developments upriver could severely affect the performance of hydroelectric stations and dams within Cambodia.

What are you waiting for? Plan your trip to Cambodia with Insight Guides now

Alternatively, submit a trip request and talk to a local expert today

How to spend 48 hours in Phnom Penh

Where to shop in Cambodia's capital city: A guide to Phnom Penh's best markets

Keep within the local rules: How to dress at Angkor, Cambodia