Where to Shop: A guide to Phnom Penh's best markets 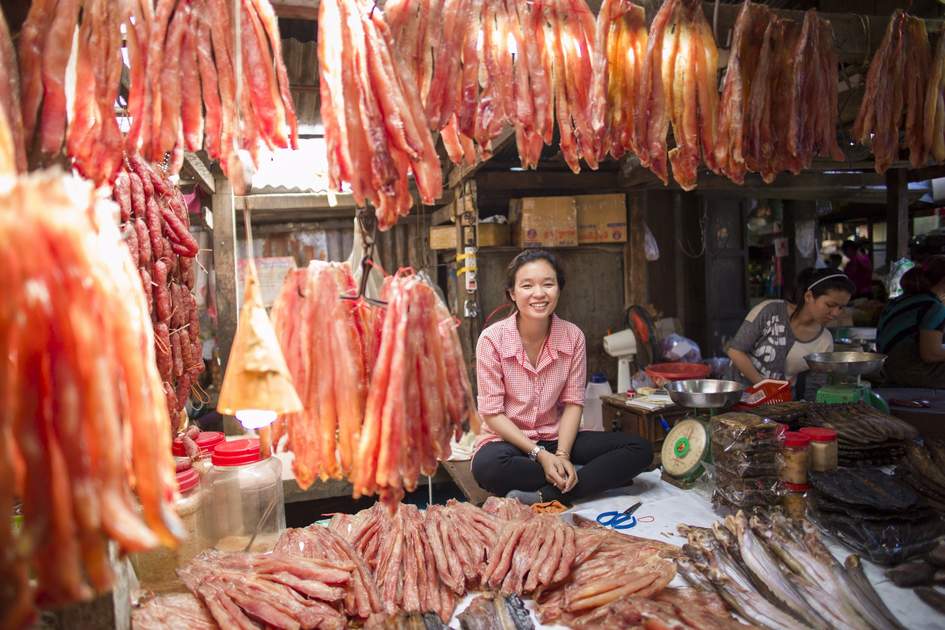 Take in the charms of Phnom Penh, Cambodia's attractive riverside capital, on one of our many trips to this beautiful country – and pack in some shopping along the way. Unseen Cambodia and Khmer Cultural Treasures are just two of our trips that can take you there.

The Psar Chaa, or Old Market D, located near the riverfront at the junction of Streets 108 and 13, is a densely packed locale offering a wide selection of souvenirs, books, clothing, jewellery, dry goods, street food and fresh produce. Unlike some of the markets, it stays open late into the evening. A tidy, modern night market is held in the square across the street, facing the river, and is now a favourite spot for weekend souvenir shopping. 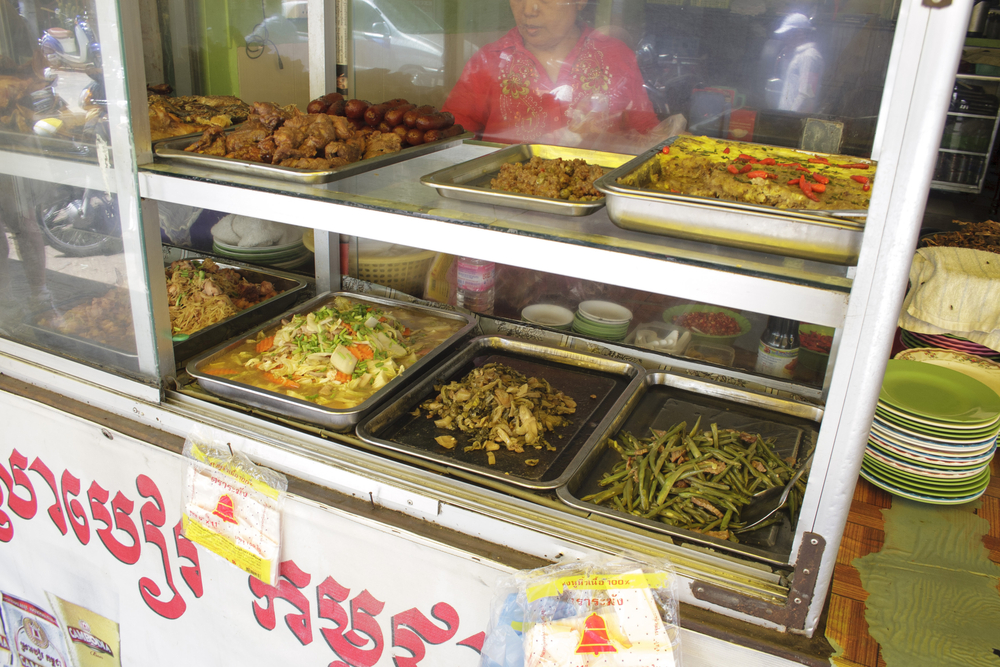 "Built in 1937, this art-deco ziggurat seems very out of place in Phnom Penh," says Matt Kepnes, a.k.a. Nomadic Matt. "A huge dome with four wings (it’s ugly), it’s a wonderful place to seek refuge from the midday sun and a fascinating market to wander through."

A short distance to the southwest, at the commercial heart of Phnom Penh, is the extraordinary Psar Thmay; literally "New Market," but generally known in English as Central Market E. Built during the French colonial period, it is Art Deco in style and painted bright ochre. The design is cruciform, with four wings dominated by a central dome, and the overall effect has been likened to a Babylonian ziggurat. In and around the four wings almost anything you can think of is for sale, including electronic equipment, DVDs, clothing, watches, bags and suitcases, and a wide variety of dried and fresh foodstuffs. There are many gold and silver shops beneath the central dome, which sell skillfully crafted jewellery as well as Khmer kramascarves, antiques, pseudo-antiques and other souvenirs. Within view of the Central Market is Sorya, Cambodia’s premier shopping centre, and the best place in Cambodia for Western imported cloth, electronics and household items, as well as fast-food chains. 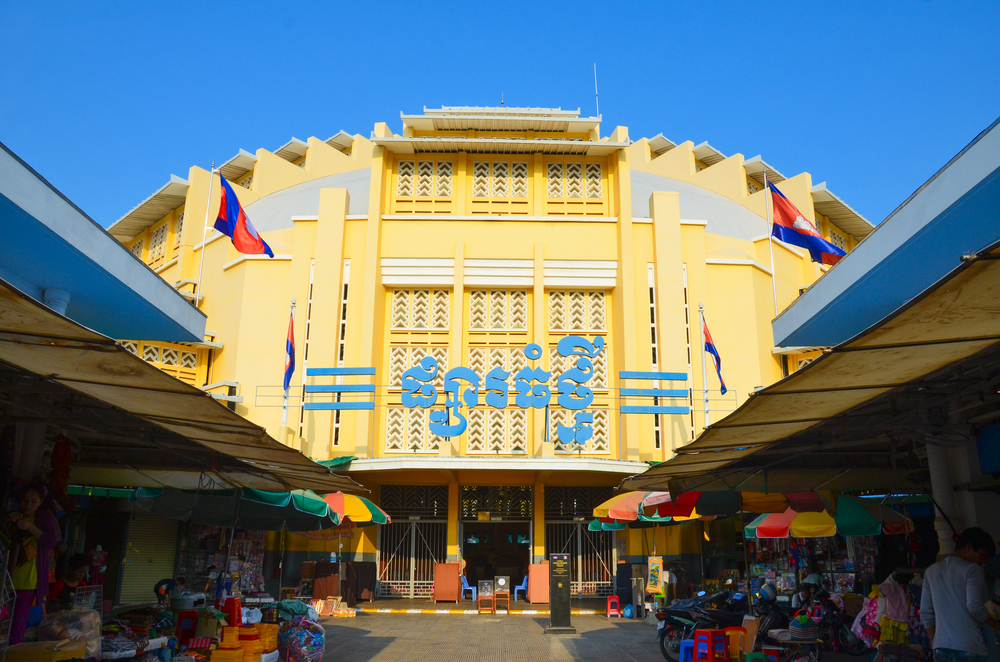 The best market for souvenir bargains and discounted, locally manufactured designer clothing is Psar Tuol Tom Pong, otherwise known as the Russian Market because of the many Russians who shopped here in the 1980s. It is located in the southern part of town, beyond Mao Tse Toung Boulevard (also known as Issarak Street) at the junction of Streets 163 and 432. Despite its unprepossessing appearance from the outside, this is a great place to shop for genuine and imitation antiquities, Buddha figures, silk clothing, silver jewellery and ornaments, gems and old banknotes from previous regimes, including those of the Khmer Rouge. The Khmer Rouge money is readily recognised by both its pristine condition – it was never circulated – and the warlike themes on the notes: look for rocket-toting guerrillas, howitzers, machine guns and fierce-faced Khmer Rouge girl-soldiers.

"Popular with expats and tourists for buying pirated DVDs and CDs, fake designer clothing, handicrafts, and anything else you could ever think of, this place got its name from the Russians who shopped here in the 1980s," adds Kepnes. 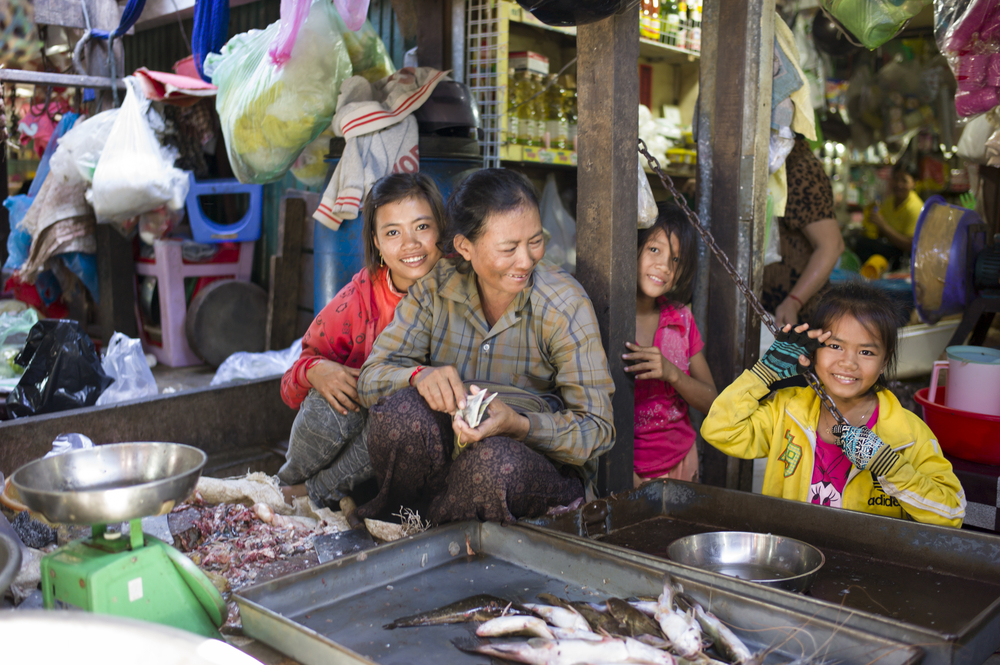 I turned back home last Saturday after a honeymoon in Thailand. I had a beautiful and very interesting tour from Bangkok to Mae Hong Son and then I spent the last days in Koh Samui enjoying the peace and quietness and the beauty of the sea. I really... Read more