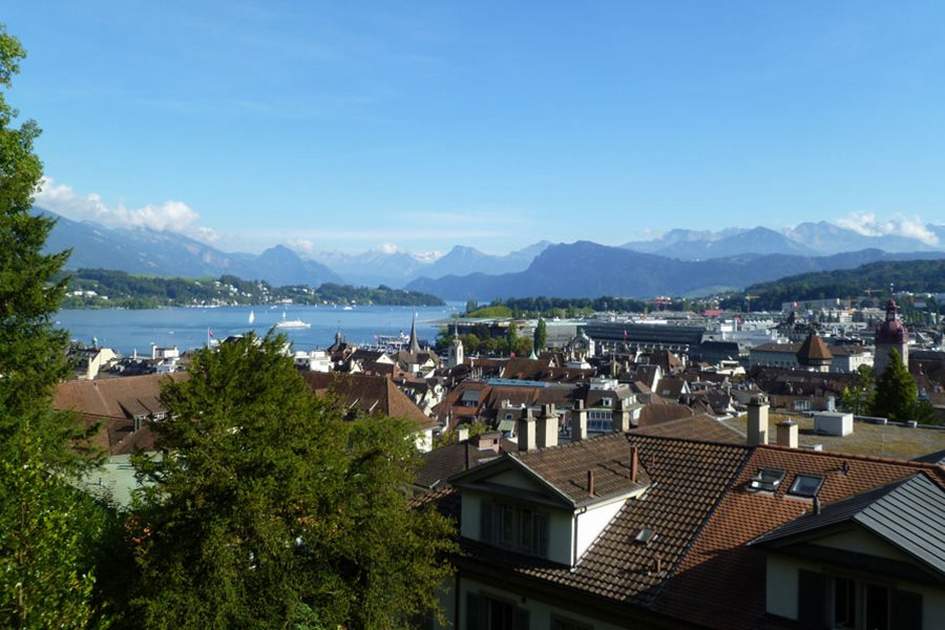 I have flown over Switzerland many times. While en route to Italy or back from far-flung parts of Asia, the distinctive Alpine landscape always reared up majestically through the clouds in bright white, jagged peaks. But despite a couple of brief flight changes in Geneva and Zurich, I’d never spent any time discovering this small, landlocked country at the heart of old Europe. However, at the beginning of the year, work took my brother to Lucerne (Luzurn in Swiss German), so a couple of weeks ago I spent a long weekend with him, discovering what makes Switzerland such a spectacular place to visit.

Lucerne is the ideal place to start a Swiss odyssey. Many consider Lucerne to be the secret capital of Switzerland – with a position in the centre of the country, it is thought of as most purely “Swiss”, in comparision to the more French, German and Italian-influenced parts of the country. Travellers have been drawn to this lush region since long before the age of mass tourism and with a picturesque lake front, historic monuments, wealth of lively festivals and proximity to some dazzling mountains, it’s no surprise. With stunning views at every turn and a spacious waterfront promenade from which to enjoy them, the city is a true gem.

Lucerne’s pride and joy is the Kapellbrücke (Chapel Bridge), a traditional covered wooden bridge, decorated with illustrated panels depicting tales of the city’s patron saints and heroes. The octagonal stone tower beside it, the Wasserturm, was used as a prison until the 19th century! 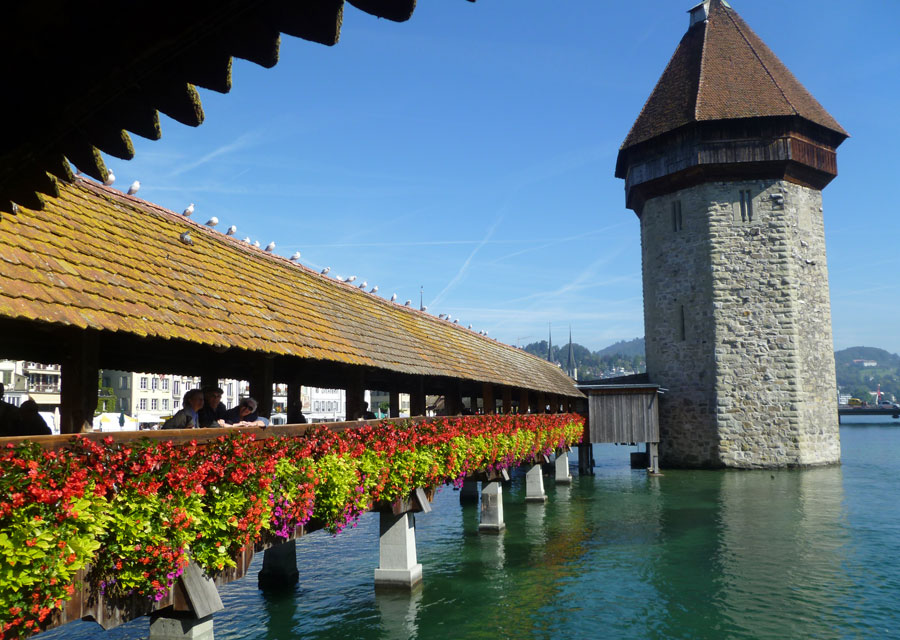 The Old Town is a reminder of Medieval Lucerne, with buildings that retain their elaborately painted façade in the Weinmarkt. I was struck by how good the shopping is here, too – if your credit card can stretch to the Swiss prices! 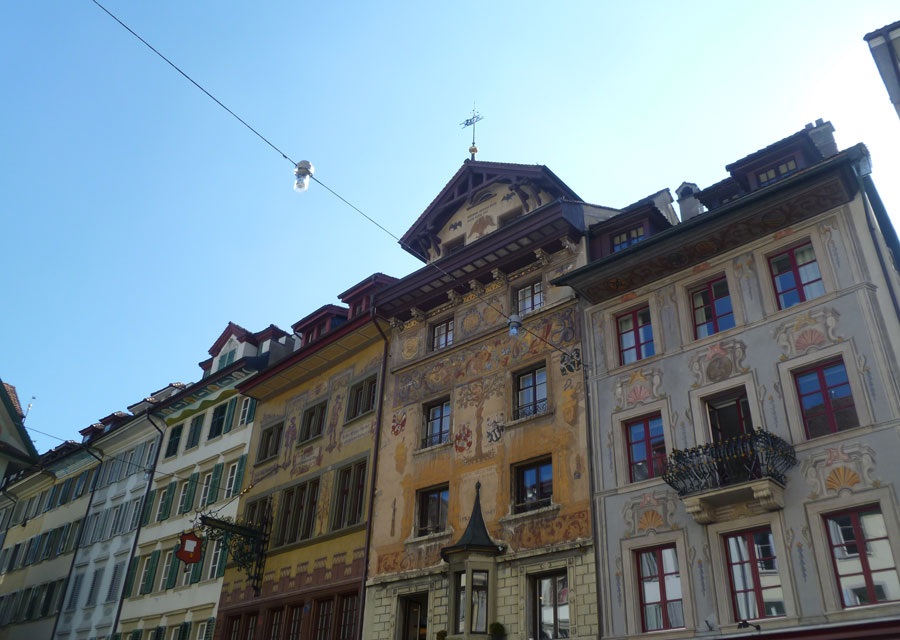 We climbed up to the city walls to get a fantastic vantage point over Lucerne – the chocolate-box panorama did not disappoint, and I suspect it will be even better in winter, covered with snow. 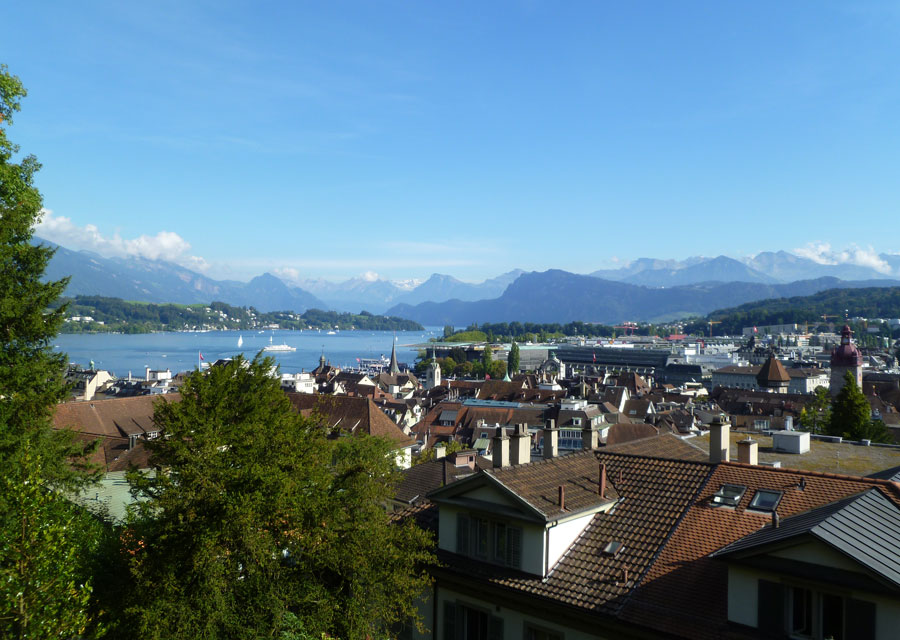 Ever enthusiastic to add countries to our personal tallies, we set off on a two-hour journey (on cliché-confirming super-efficient and clean Swiss trains) to the principality of Liechtenstein. This tiny country is so embedded in central Europe, it is double-landlocked (one of only two in the world, the other being Uzbekistan), tucked into a valley between Switzerland and Austria. Only 160 sq km in size, it is governed by the constitutional monarch, Prince Hans-Adam II – who can be seen jogging in the hills around his fairy-tale style castle, pictured here, according to our waiter at lunch! 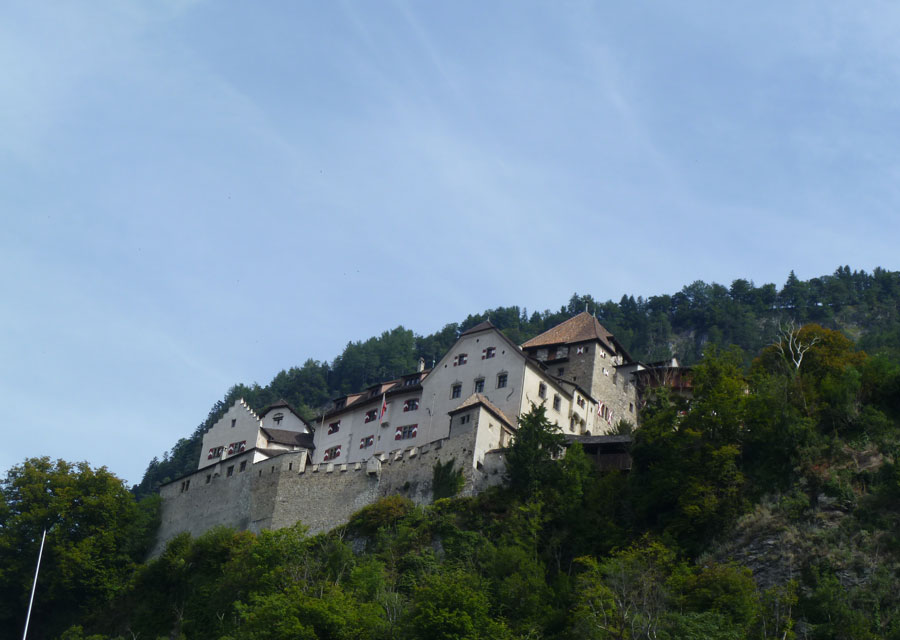 For me, the undoubted highlight of Switzerland was the trip up Mount Pilatus. This 2,132m-tall mountain is the emblem of Lucerne and its mighty height dominates the city’s landscape. We were blessed with perfect September weather on the day we went – I had never travelled so high into the mountains and couldn’t have asked for more breathtaking views throughout. 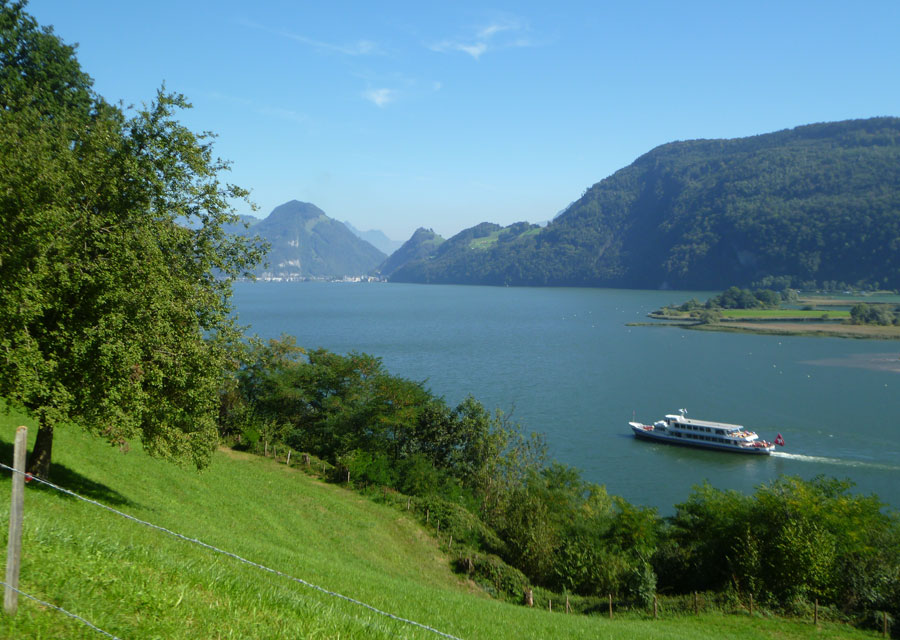 We started on a paddlesteamer from Lucerne, an hour’s trip down Lake Lucerne to the village of Alpnachstad, from where we boarded the steepest cog-wheel railway in the world. 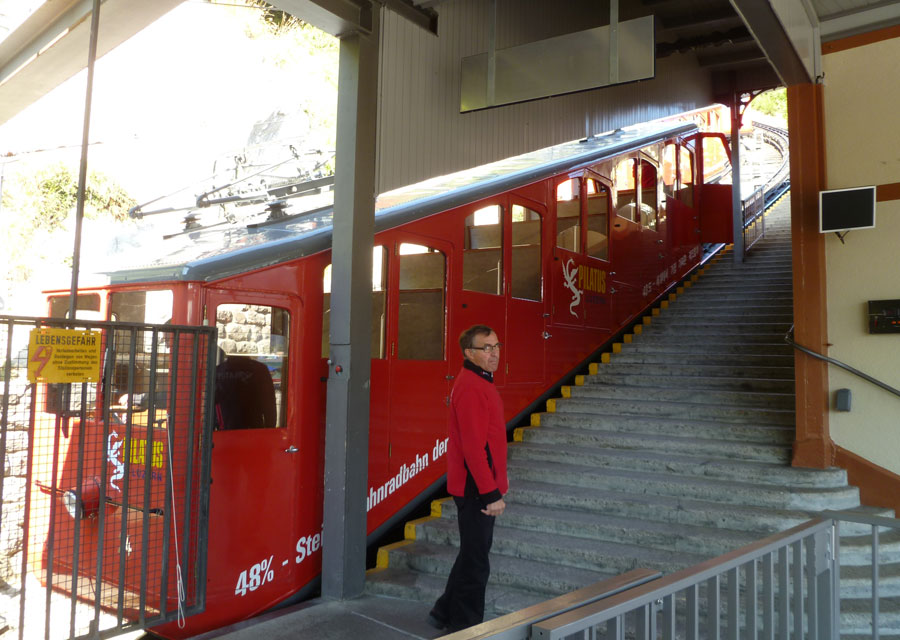 The journey up the mountain was astonishingly steep (with a 48º gradient) and afforded incredible views as we climbed. 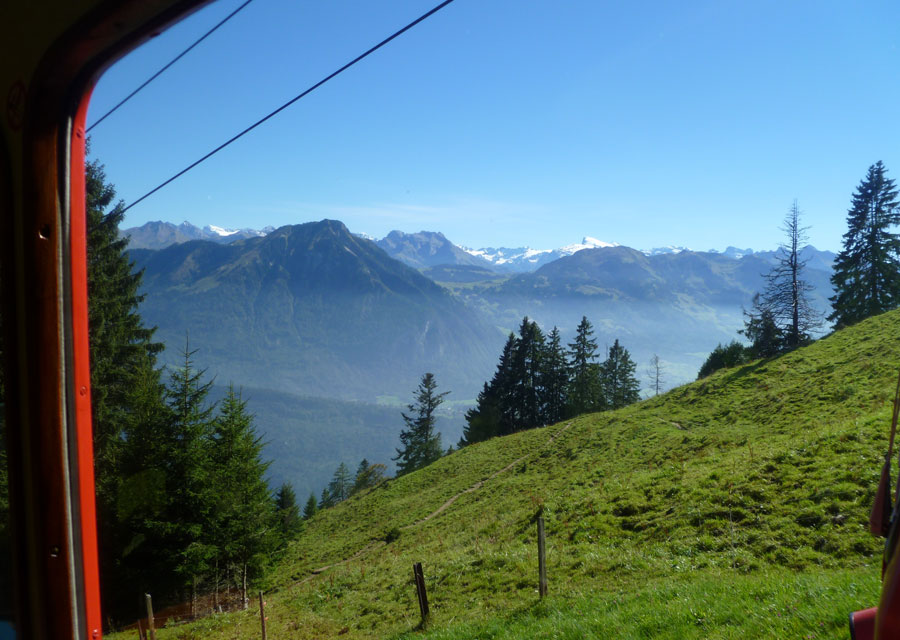 Rack railways such as this have been running in Switzerland since the 19th century, allowing an easy journey to the top of high mountains. Although my brother has climbed all the way from the bottom to the top of Mount Pilatus on foot in the past, I think I’ll be sticking to the trains! 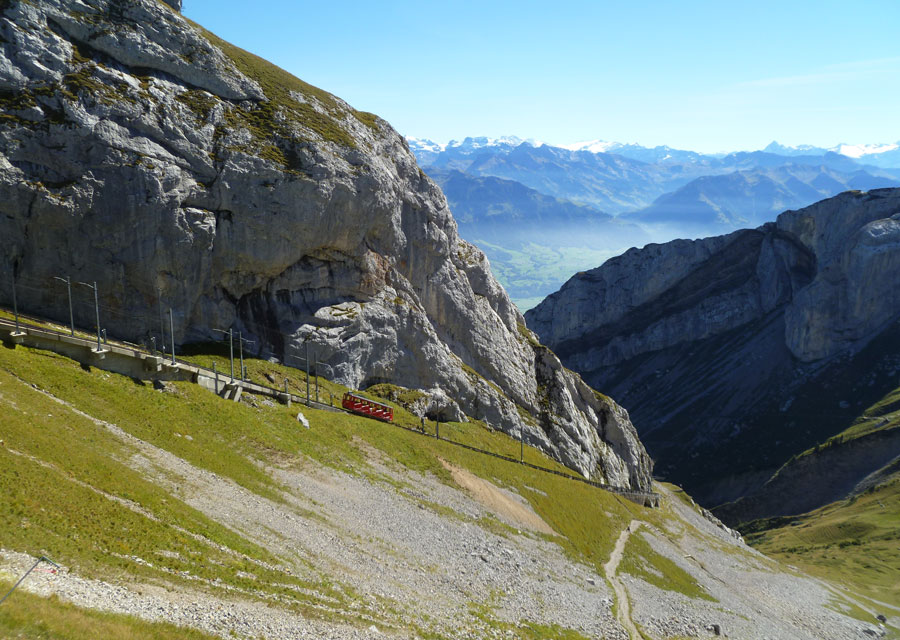 At the top of the mountain, this hotel and visitor centre (which I thought bore some resemblance to a Bond villain’s lair) was perfectly placed to enjoy the spectacular views and tuck into a picnic. 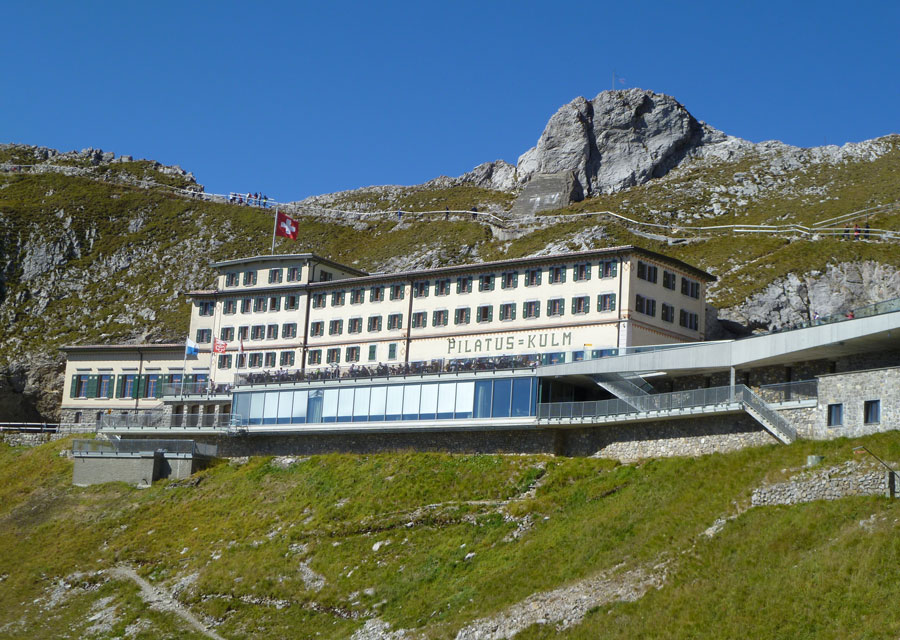 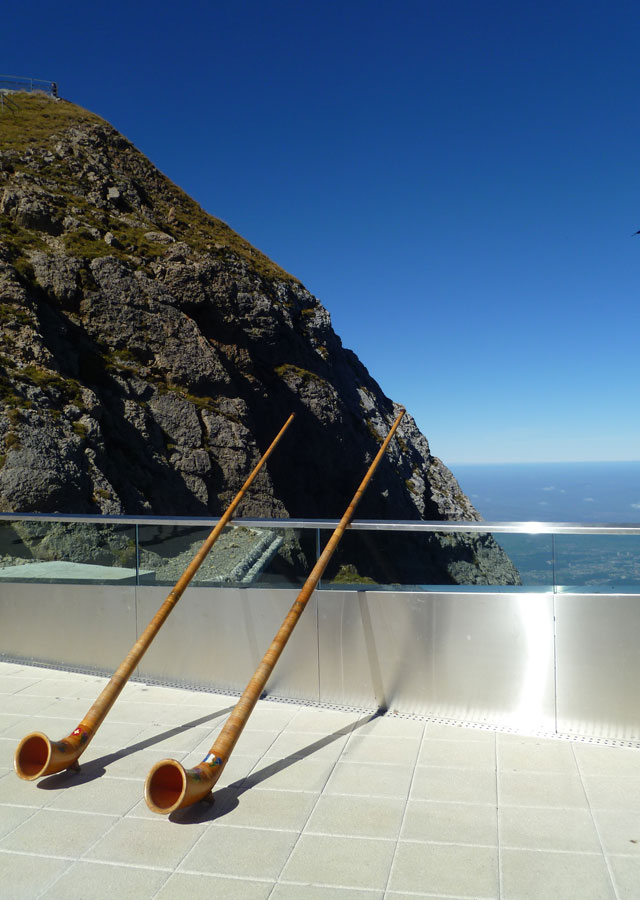 We also stumbled upon some Alphorns! These traditional wooden instruments are a symbol of Switzerland's important dairy farming culture.

From the visitor centre complex, it was a 40 minute walk to the summit of Mount Pilatus, possibly longer as I kept stopping to take pictures of the incredible Alpine panorama, looking out over neighbouring Swiss peaks such as Mount Titlis, where snow was already dusting the top, and in the other direction, over the lake and towards Germany’s Black Forest. 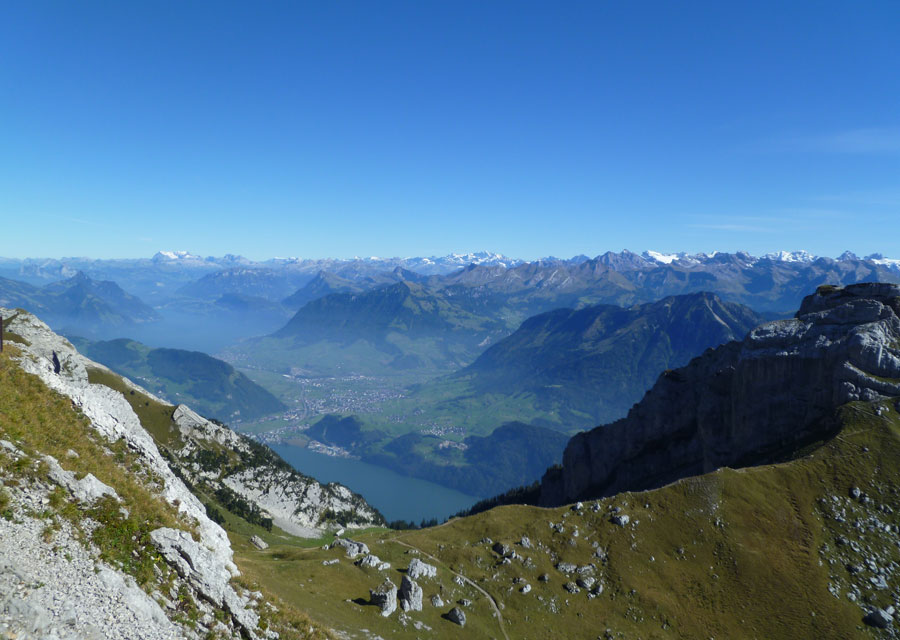 The most popular route down is to hop in a cable car, which felt quite vertigo-inducing, even for someone who doesn’t dislike heights! But as the sun dropped lower in the sky, it was a final hurrah for this superb scenic journey, which revealed just how special and spell-binding Switzerland is. Having got up close and personal with the mountains here, I’m not sure that just flying over the tops of them will be enough in the future... 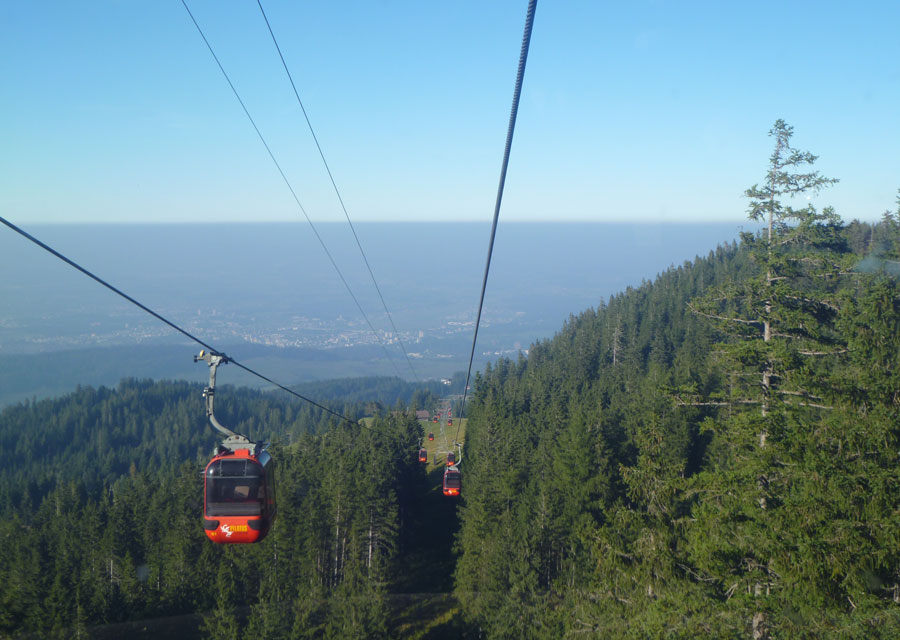 Want to learn more about Switzerland? Read our travel guide to Lucerne here...