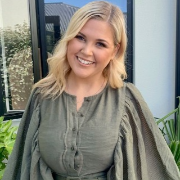 Kangaroos, platypus and wombats: an introduction to Australian wildlife 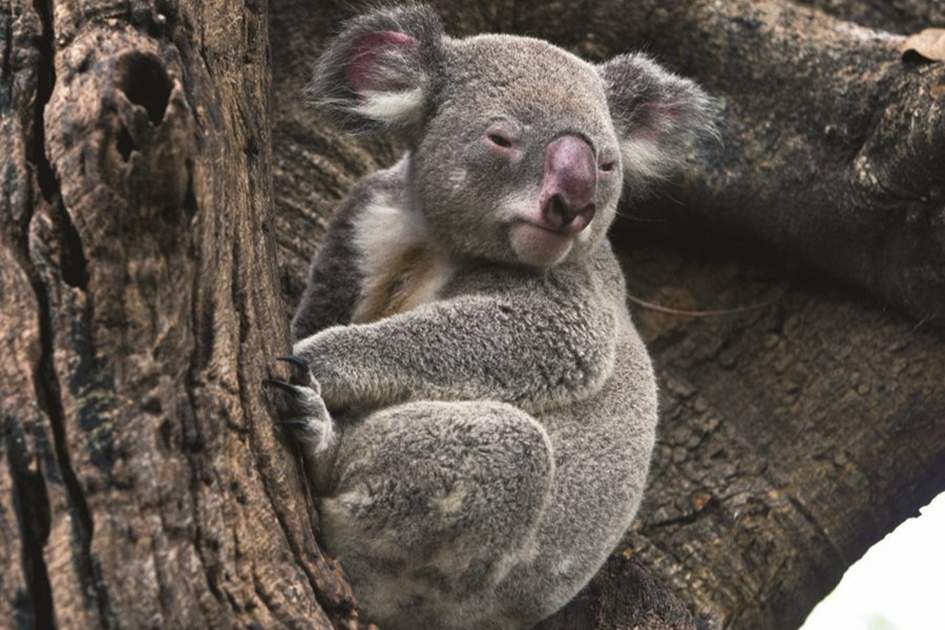 Australia has been a separate island long enough for evolution to take a unique path. The result is a range of plants and animals that are found nowhere else on Earth. 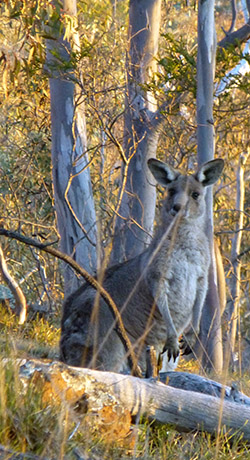 kangaroos are a regular sight on the city streets of Australia. It has become one of those stereotypical notions or urban legends, alongside the idea that most Aussie men are like Crocodile Dundee. Both ideas are popular, and both are almost entirely false. And yet, if you just wander down past the National War Memorial in Canberra, the nation’s capital, at dusk, there’s a very good chance that you’ll find a mob of kangaroos grazing on the lawn.

In smaller towns and settlements, many of which appear to have only a toehold on the harsh antipodean landscape, the bush is often just over the back fence.

The proximity of the wild means there’s a fair likelihood of encountering a smattering of mammals, birds or reptiles that will surprise and delight a visitor from overseas. Even in the big cities, bereft of kangaroos as they may be, there will be possums to intrigue the tourist and frustrate the locals, whose fruit they eat and whose eaves they burrow into.

Of the unique animals Down Under, possums, at least, have their counterparts in the Americas (the Virginia opossum); but the Australian kangaroo stands alone. There is nothing like it anywhere else in the world, and there’s a reason for that. The sheer age of the Australian landmass and its isolation from other continents allowed its animals and plants to adapt to their unique environment and evolve independently of the rest of the world, unchallenged until the arrival of the European colonists and the onset of the technological age.

For the perfect example of a uniquely evolved animal, take the Australian mammal. Warm-blooded and furred, mammals almost all give birth to live young and suckle them. There are three groups: placentals, marsupials and monotremes.

Elsewhere on Earth the placental group proliferates. However, very few examples of this group can be found among the native Australian fauna. The native dog, the dingo, is one, but was only introduced into Australia by Aboriginal immigrants within the past 20,000 years.

In Australia, marsupials are by far the most prominent group. Marsupials give birth to partially formed embryos which remain secure in a pouch until they are strong enough to survive independently. Most marsupials are herbivorous, but there are some that include insects, small reptiles or smaller mammals in their diets.

The larger members of the carnivorous group include the Tasmanian devil and the Tasmanian tiger (thylacine). The latter, however, is now extinct (except in the minds of a a handful of die-hard environmentalists who believe that a few lone individuals survive in the Tasmanian wilderness). 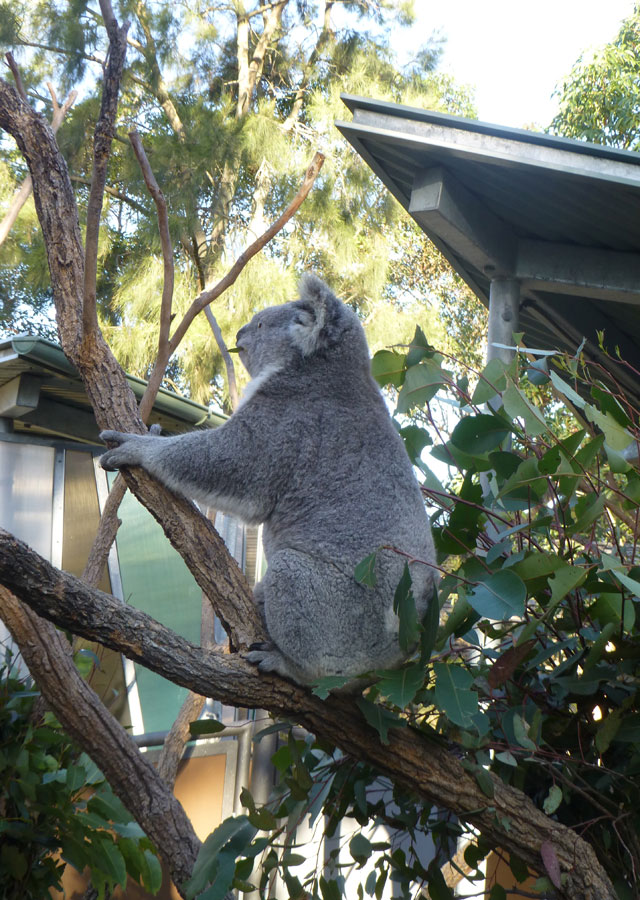 It is the herbivores that abound in the land Down Under, including the shy koala, which is not even remotely related to the bear family; many varieties of possum, including the ringtail and the sugar glider; the wombat; and the macropods, or hopping marsupials, such as the kangaroo, wallaby and potoroo. Sadly for visitors just passing through, these species tend to be most active at dawn and dusk. Unfortunately, the typical Australian visitor is most likely to encounter these crepuscular creatures on the road, as a fleeting glimpse in the headlights of a vehicle.

The koala’s habit of sleeping openly in the forks of gum (eucalyptus) trees made it an easy target for colonial hunters seeking koala fur. So great was the slaughter that urgent steps were taken to save the koala in the 1920s. This laid-back marsupial is now a completely protected animal. The wombat is related to the koala, but instead of making its home up a tree and dining on gum leaves, it uses its powerful digging paws to make burrows under stumps, logs or in creek banks. It lives on roots, leaves and bark. 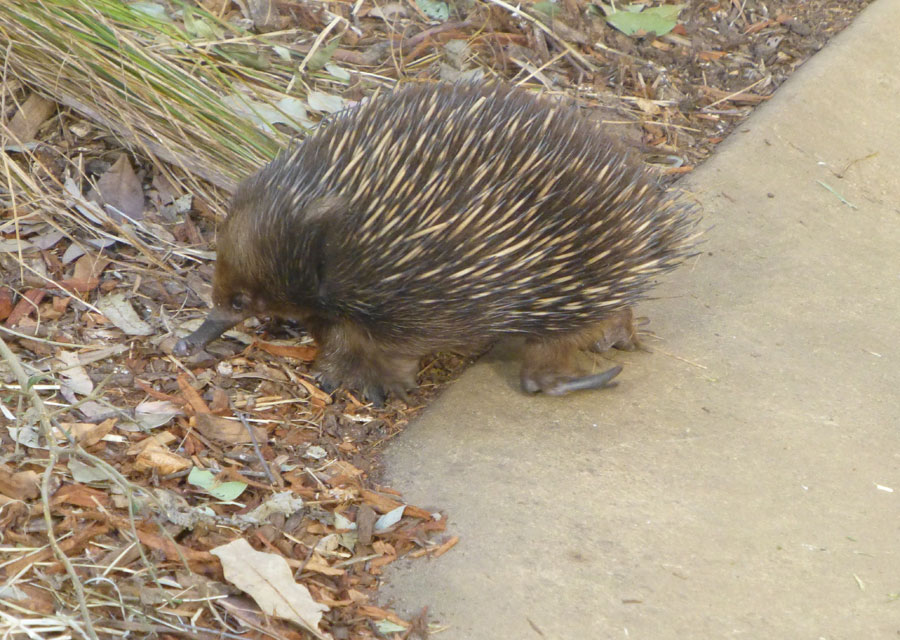 Monotremes are a unique and extraordinary group of animals. Rather than giving birth to live young, they lay eggs. However, they then suckle their young and display many other mammalian traits. The amphibious duck-billed platypus is a monotreme, as is the echidna (also known as the spiny anteater). These two species are the only examples of living monotremes, although the fossil record suggests that monotremes were once widespread.

Reptiles figure prominently in Aboriginal legend, particularly the venomous snakes such as the taipan, tiger snake, death adder and brown snake. Non-venomous species are also plentiful, as are lizards, which range from the tiniest of skinks to goannas more than 2 metres (6ft) long. Among the more exotic is the frill-necked lizard, which erects a frock of skin around its neck when confronted with danger. Don’t confuse the frill-necked lizard with the bearded dragon, which has a mane of prickly spines. The blue-tongued lizard hunts snails and insects, often in city gardens. The eponymous blue tongue is often displayed as a bluff against danger. 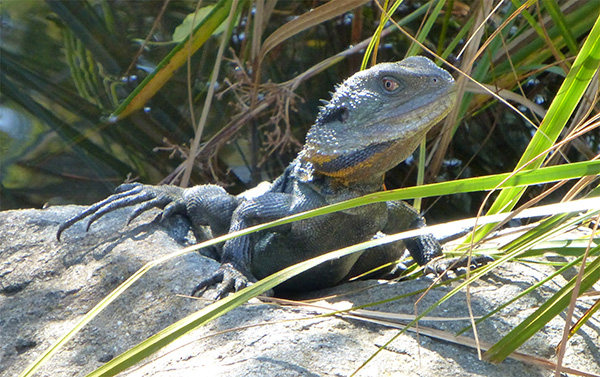 Australia also has more than its share of frogs and toads, the most famous of which is the cane toad. Although it’s not even a native, the cane toad has brought a whole lot of trouble.

Queensland’s Great Barrier Reef is a wonderland blessed with numerous fish, shell and polyp species peculiar to Australian waters. But you don’t have to go snorkelling in the Reef to sample the coastal wildlife; a scramble over any coastal rock platform will reveal shellfish, starfish, anemones, crabs and even the occasional octopus. Raising your eyes to the open sea may reward you with sightings of dolphins and whales. The latter follow migratory paths along the west, south and east coasts according to season. Sharks and lethal box jellyfish are the ones to avoid.

Australia’s early explorers were as intrigued by the birdlife they saw in the skies as they were by the kangaroos and koalas found on the ground. Flocks of raucous parrots and cockatoos can be found plundering the fruit trees. They include brilliantly plumed rosellas and lorikeets. The eccentric bowerbird builds a structure or bower to win the attention of a female. He adorns his court with brightly coloured trinkets (preferably blue) such as stones, glass or objects collected from gardens and houses. 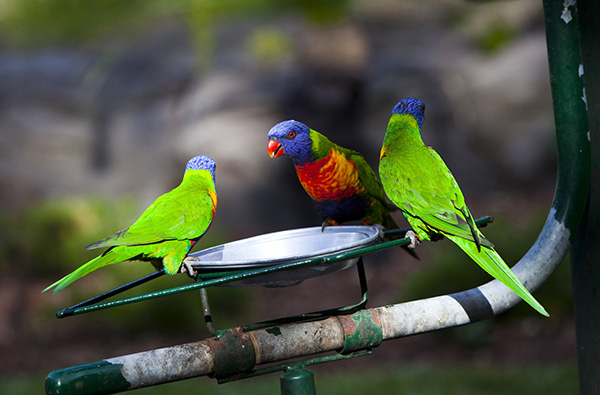 Eagles, hawks, crows and cuckoos of native origin all thrive, while the variety of habitats allows for many species of waterfowl. Some were hunted by the early settlers, and development has consumed many coastal habitats. Luckily, protective measures have saved many species from extinction.

Taken from the Insight Guide to Australia, available now

Read about life in the Australian bush

Throughout October, we'll be posting articles on all things Australian; from the country's best beaches and world-famous wineries, to experiencing Aboriginal culture and witnessing unique wildlife.