Las Fallas and the best festivals in Valencia 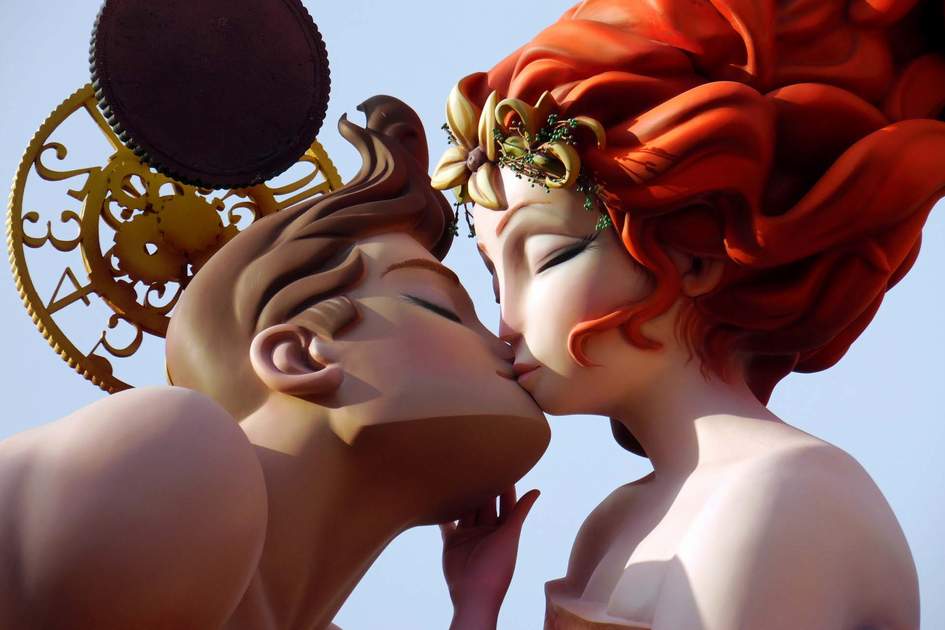 Las Fallas and the best festivals in Valencia. Photo: Shutterstock

Spanish fiestas have to be seen to believed, and Valencia does them particularly well. Most are inspired by a religious pretext, although sometimes this is not readily apparent. If you find yourself in Valencia during a fiesta, forget about doing everything else except enjoying it: streets are likely to be cut off, some shops and museums closed and restaurants and public transport full – but there will not be a dull moment.

The big fiesta of the year in Valencia is Las Fallas, from 12 to 19 March. It’s very noisy but also very spectacular, and if you want to know Valencia­ you have to see it at least once. The ­fiesta supposedly originated in medieval times when the city’s carpenters would burn their rubbish in the streets outside their workshops on the arrival of spring.

The first week of March, in the lead-up to Las Fallas, there are great processions of people in traditional costume and a mascletà – a daylight firework display – in the Plaza del Ayuntamiento every day at 2pm. Then from 12 March until the end it is noise and commotion all the way. There are concerts in the streets, paella-making competitions, bullfights and people letting off fireworks whenever they feel like it.

On the night of 15–16 March hundreds of fallas are put in place throughout the city. Each falla – which may be up to 25m (80ft) high – is a set-piece sculpture making a satirical point; figures called ninots form mini-scenes within the falla. Teams of artists take a whole year to design­ and build the wood, papier-mâché and fibre-glass figures. To see as many fallas as possible, go to a newsstand for a copy of El Turista Fallero, which includes a map. The best fallas are classed as sección especial.

The days of 17 and 18 March are dedicated to the patron­ess of Valencia, the Virgen de los Desamparados, and a giant floral sculpture of her is made in the Plaza del Virgen. On the night of the 18th there is a firework display in the riverbed. The climax of Las Fallas occurs at midnight on the 19th, when the fallas are filled with fireworks and set alight one by one. Last to go up in flames is the biggest falla of all, the one in the Plaza del Ayuntamiento, in front of the city hall.

Valencia's fishing quarter of El Cabanyal stages colourful processions from Palm Sunday to Easter Sunday. Around 5,000 people, organised into 27 cofradias or brotherhoods, take part. Many of them dress as Biblical characters while others appear as Roman soldiers or, anachronistically, in the uniforms of Napoleonic grenadiers.

The best processions to see are the Silent Procession at midnight on Maundy Thursday and the slow, solemn Procession of the Burial of Christ on Good Friday, which starts around 6pm. The Procession of the Resurrection on Easter Sunday is a more joyful affair, during which the participants throw flowers to the spectators.

The Corpus Christi parade (on a date between mid-May and mid-June, depending on the date of Easter) sets off in the late afternoon to the sound of the tabalet (drum) and dolçaina (a kind of flute) and does a circuit of the streets in the old part of the city around the cathedral. It is essentially an ecclesiastical parade centring upon the great monstrance that is normally kept in the cathedral museum, but the whole occasion is surrounded by colourful traditions.

Over 270 people take part as costumed Biblical personalities, giants, cabezudos (carnival figures with overlarge heads), eagle-people and cirialots who carry tall candles. In the midst of all of them is la Moma, a person dressed in white with the face covered by a Venetian mask, who symbolises virtue victoriously resisting the seven deadly sins who dance around him or her. An essential­ part of the procession are the 10 rocas, mobile stages on which mystery plays were once performed.

This summer celebration has nothing to do with religion and everything to do with livening up the city during a month when citizens are tempted to abandon it for the country or the beach – at least that was the rationale for the 19th-­century city council to create it.

Most events take place in the Paseo de la Alameda and in the Viveros garden. They include fireworks; rock, pop and jazz concerts; theatre; ballet; and a brass-band competition. There is also a calendar of first-class bullfights in the bullring. The climax, on the last Sunday of the month, is a battle of flowers in the Alameda: an hour of gentle carnation throwing.

You can find more details on the official website, or read our online travel guides to Spain and Valencia.