Lend us your ear: 7 travel stories by Insight Guides

What better way to evoke the magic of a place than through travel writing? In this blog, we bring you a selection of travel stories from our experienced team of in-house editors. Where will you go next? 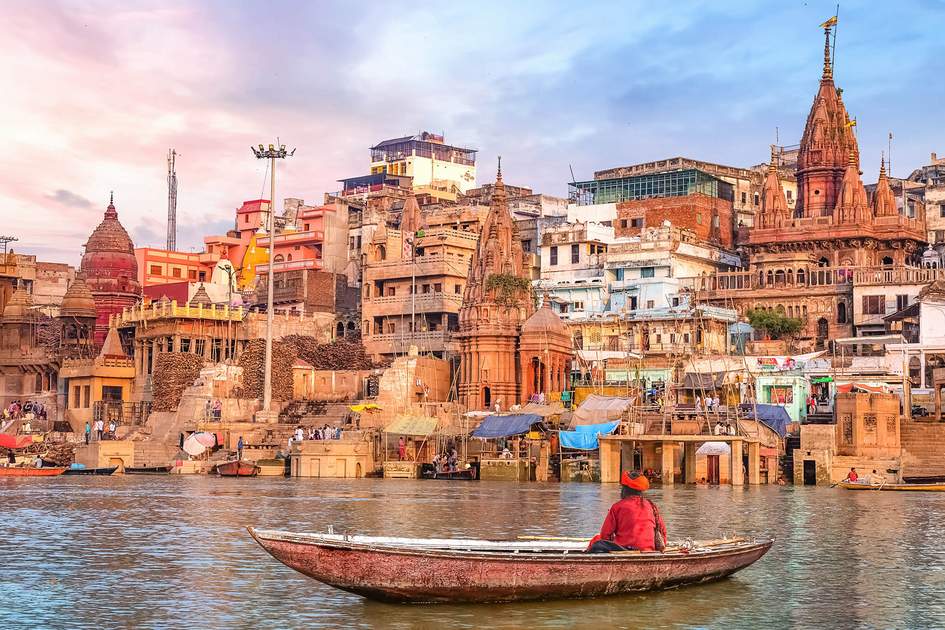 From Iran to Dominica, our editors have travelled aplenty – and written a good deal along the way. So whether you’re after a spot of armchair travel or thinking about where to go on your next holiday, get ready to be inspired.

Thinking of booking a trip to one of these destinations? Be sure to take out travel insurance with Travelex for a worry-free holiday.

'We welcome all religions!' beams the cheerful man at the entrance, ushering me inside to a world of colour. Deep crimsons, sparkling gold and peach tones reveal delicate brush marks on detailed frescoes. They show scenes of the Bible from the hard floor to the grand ceiling. Depictions of Heaven, Hell and Earth stand tall, while faded yellows and azure blues uncover floral designs on glossy tiles. Soaring arched windows expose the piercing sunlight and ornate chandeliers twinkle brightly. Built in 1655 to accommodate Esfahan’s growing Christian community, I'm in the Vank Cathedral. 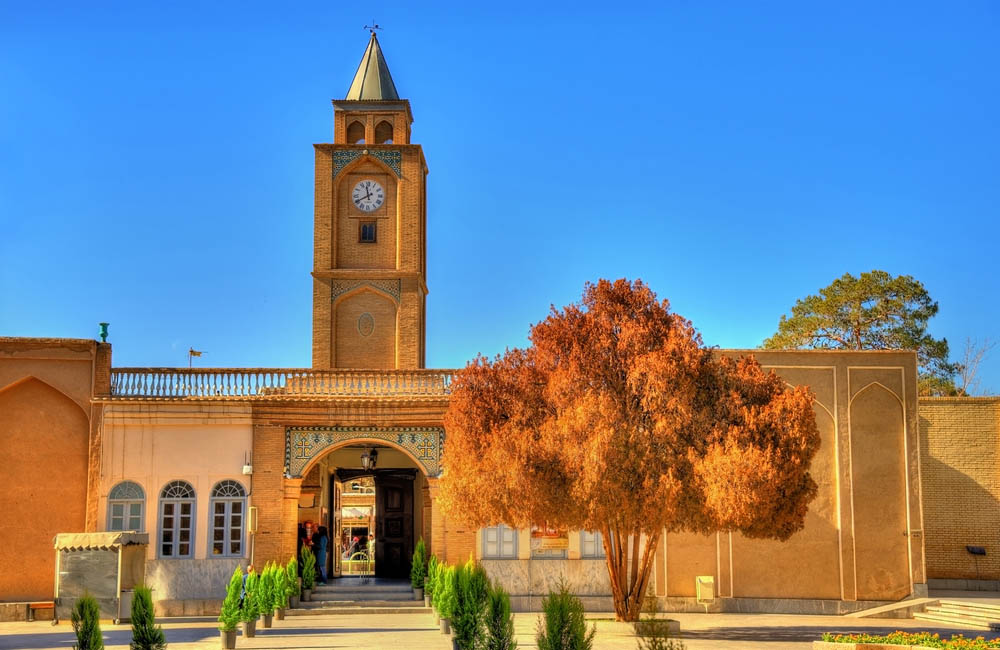 After a near-sleepless night in a dorm full of trekkers coughing and rustling in their sleeping bags, we rose at 5am, dressed in pretty much everything we’d brought with us and headed out into the cold but clear early morning. Longing for the sun to rise high enough to reach us, we crossed ground as fine as sand as we skirted the shores of a milky blue lake where Tibetan snow cocks squawked in the distance. The cold, oxygen-depleted air rasped our lungs as we began to climb Kala Patthar, the highest point you can reach in the Everest region without a climbing permit. Clawing our way over giant boulders we finally reached the top and paused, breathless, to marvel at the view before us – treacherous ridges of rock and ice, and on top the dark peak of Everest, the object of so many adventurers’ dreams. 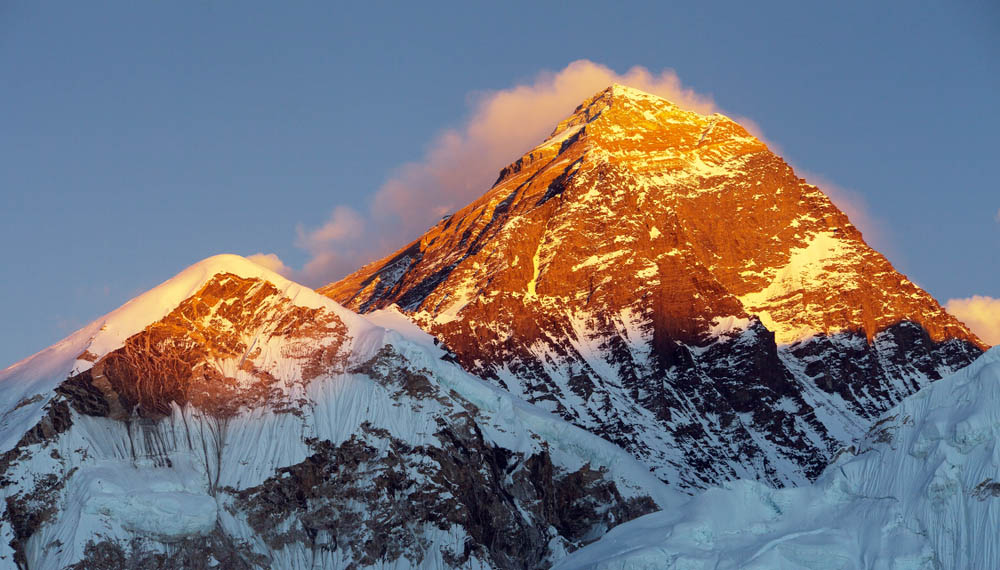 I fell in love with the Eastern Caribbean island of Dominica (not to be confused with the Dominican Republic) some years ago, the moment the plane began its dramatic descent into the dusk-darkened tropical forest that surrounds the airport. Arriving by sea is similarly soul-stirring, with the majestic peaks of the volcanic, forested mountains displaying exactly why the indigenous Kalinago named the island Wai’tu kubuli (‘tall is her body’).

Fittingly known as the Nature Island, Dominica is unique in so many ways. It has the world’s highest concentration of live volcanoes. Its Boiling Lake is the second largest of its kind on earth. It’s the only place sperm whales can be sighted year-round. It’s the only place you can see the striking red, green and purple sisserou parrot that graces the island’s flag (which, by the way, is the only country flag to feature the colour purple). Dominica was also the birthplace and childhood home of the incomparable Jean Rhys, who featured the island in several of her most affecting short stories.

Hit hard by Hurricane Maria in September 2017, Dominica is building back stronger and growing back greener (see the work of UK-Dominican organisation Help for Dominica for inspiring accounts of on-going school and community projects), and I cannot wait to return. 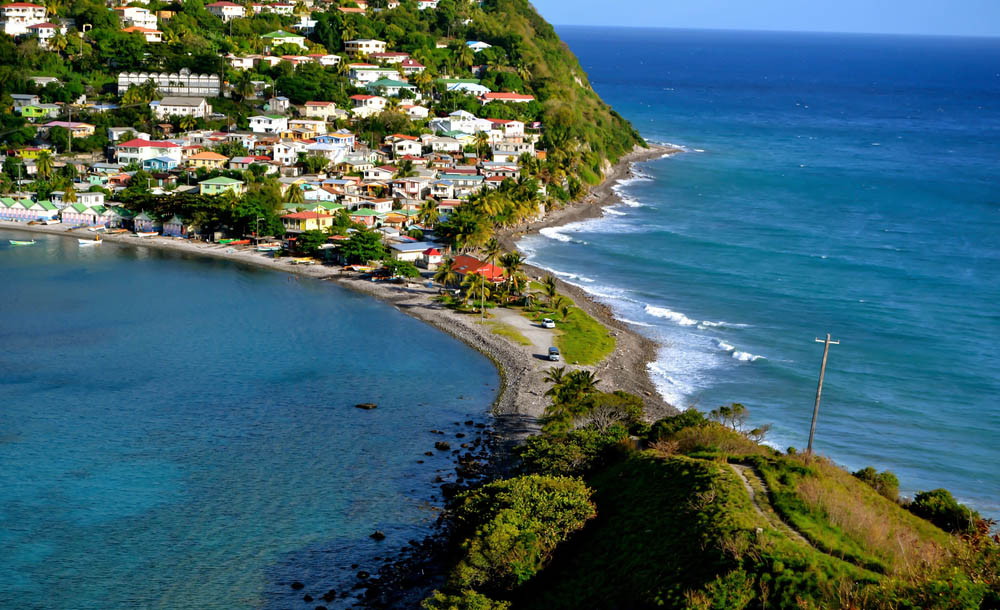 Varanasi is the city along the holy Ganges where dead bodies are openly cremated in a Hindu ritual to end the cycle of death and rebirth. True to the guidebook text, Varanasi is a magical place. Fresh off the rickshaw we found ourselves lost in a maze of narrow alleyways – meeting dogs, goats, cows, buffalo at every turn, dodging motorbikes – that open up onto the ghats and the great river. Lining the riverbank are temples dedicated to Brama, Vishnu and a multitude of other gods; there’s a Nepalese temple, a Chinese temple; temples that stand cheek-by-jowl with crumbling buildings with beautiful faded arches and balconies. The ghats themselves lead to the mighty “Mother” Ganga, one of the world’s most polluted rivers. Locals can still be seen washing their clothes in it, washing their hair in it, washing themselves in it, brushing their teeth in it. Young boys throw themselves from ledges off the ghats headfirst. Throngs of people gather at the main ghat from first light, near the Monkey Temple, in a vision of colour and a swirl of noise. In contrast, the opposite bank of the river is virtually uninhabited. A string line of buffalo walks the dusty plain. Smoke rises on the river, where two burning ghats cremate 300 bodies a day. 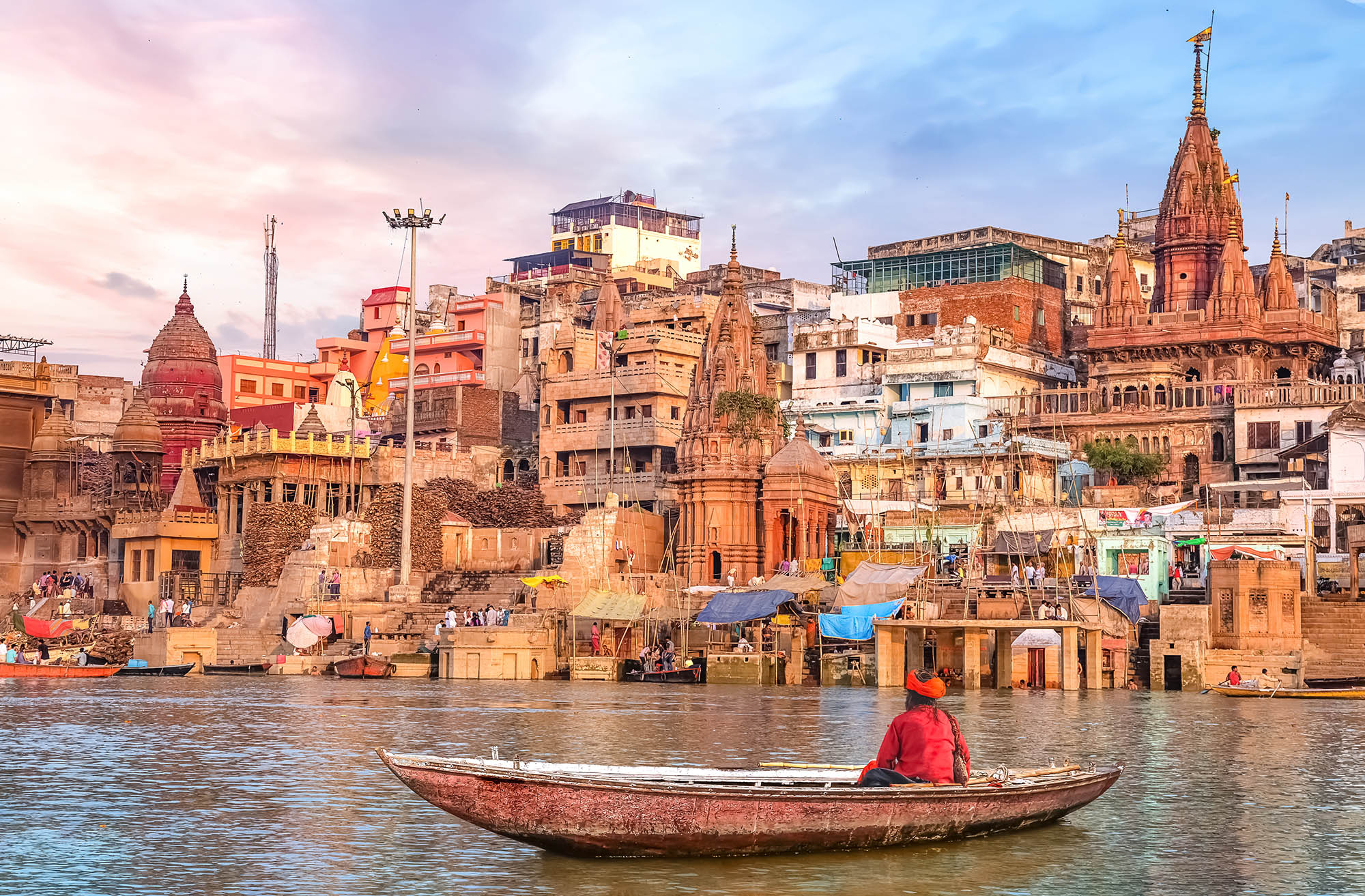 Everything you’ve heard about Venice is true. It’s a city frozen in time, a time machine to antiquity. When you first arrive, and cross the bridge into the city, you leave the world behind. You’re instantly surrounded by magnificent old buildings, churches, bridges, fountains – surrounded by history. Those old stone buildings beckon you in. As you walk, you are aware of the thousands of people who have walked those same streets before you. It’s like when you first learn how big the universe is, how many billions of stars there are in our solar system; you think about all the stories that have played out over countless generations. The crowds flow and surge, carrying you towards the city’s natural terminus, St Mark’s Square. The vast openness of the square, at odds with the intimate closeness of the rest of Venice, is jarring; there’s so much to drink in: the bobbing gondolas, the gothic Basilica with its golden treasures, the Doge’s palace in all its grandiosity and opulence, and the Bridge of Sighs, where you can still hear the doomed prisoners sighing their last as they looked out at the city for the final time. Venice leaves you yearning to return, not only to the city but to another time. 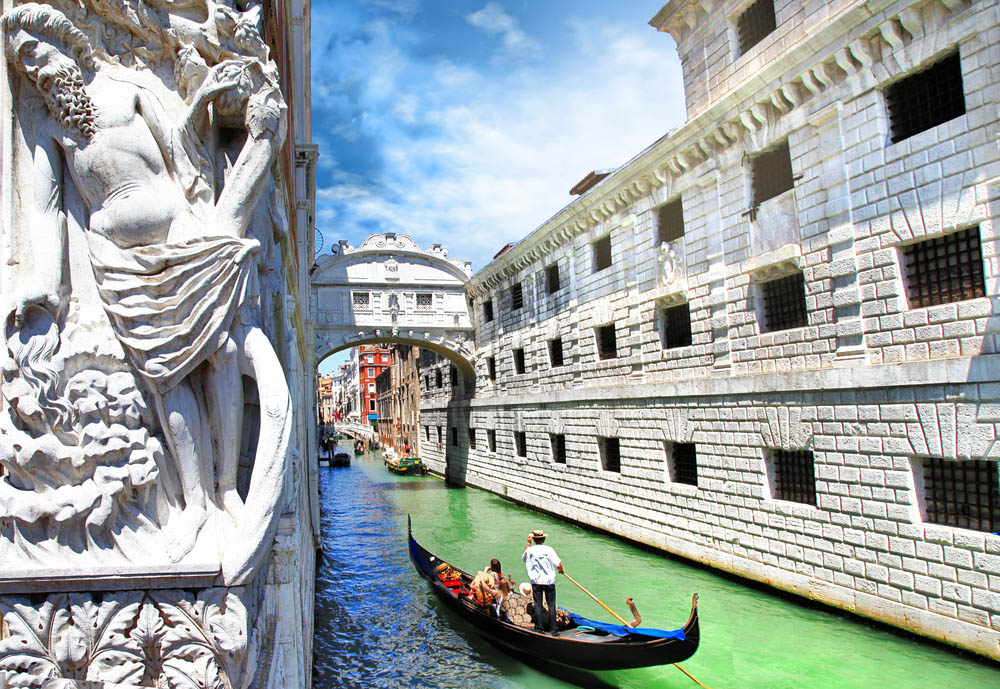 Gondolas passing under the Bridge of Sighs in Venice. Photo: leoks/Shutterstock

By day, selfie sticks and camera flashes dominated the magnificent Petra ruins. But when the darkness creeps in, tiny candles are lit inside paper bags and musings on modern life are belted out by a local Bedouin – some things never change. He plays a delightful, lively tune on the flute and serves warming, soothing cardamon tea – this is Petra By Night. Now everyone is quiet, focused on the present moment… mindful, engaged, here. This is the dazzling magic of Petra in the shadows – when the city is at one. 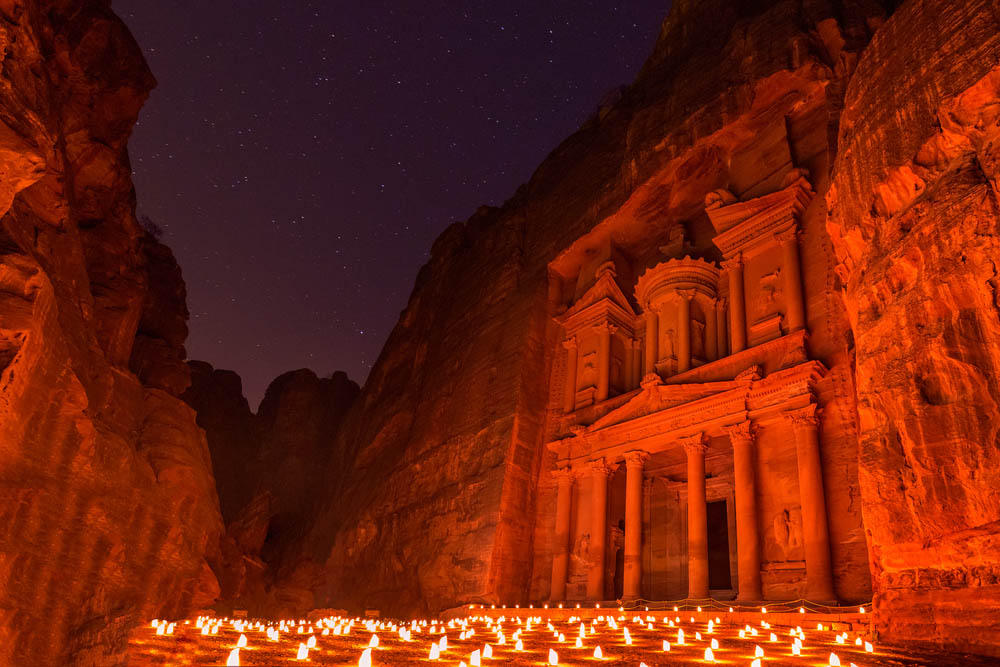 Essaouira is essentially a bustling medina, with high city walls protecting the town from the crashing waves. Situated on Morocco's west coast, the city has long been associated with bohemian and hippie sets: this was where Jimi Hendrix spent time in July 1969 and today is a popular surfing spot. I'd never been to Morocco before, nor had I entered a medina, souq or anything of the sort – and didn't understand why our taxi didn't drop us off outside our riad, a courtyard-style guesthouse. When he paid for a man to walk us through the medina to our riad, it was clear to see why – we’d have got lost immediately had we been left to it. The lanes were filled with souqs selling patterned fabrics and tiles, glossy woodwork and cones of spices; women churned out argan oil from almost-horizontal wheels and groups clustered around a stall at the centre of the medina where punnets of fat strawberries were being sold. The lanes became narrower as we took left and right turns, while pale pink, blue and yellow plaster crumbled away from walls whose houses emitted tempting spicy smells. Cats – so many cats – zipped between our legs while vendors tried to welcome us into their shops. By the time we reached our riad, I felt quite exhausted by the spectacle of the medina. But after settling in, seeing the gulls soar above and hearing the clatter of the stalls ahead and the call to prayer faintly calling out in the distance, I was ready to head out and surrender myself to its charm again – and this time I was ready for it. 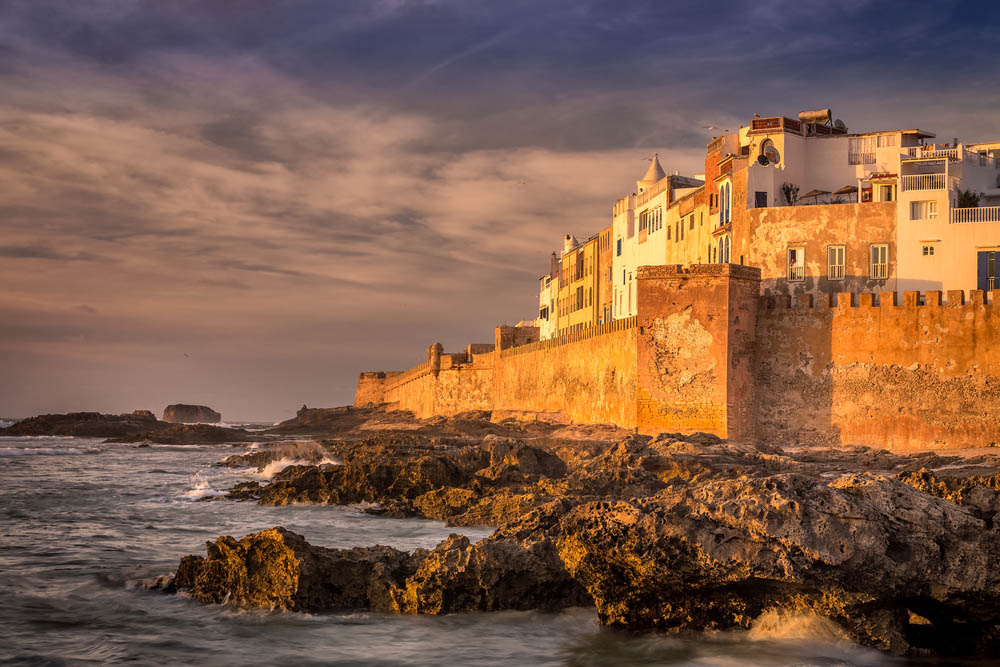 Inspired by our travel stories? Share your own story on social media – with the appropriate hashtags on Instagram (@insightguides), Twitter (#insightguides) or Facebook (@insightguides) – and we’ll send you a free eBook! Simply send a screenshot of your shoutout to hello@insightguides.com along with the name of your chosen eBook.

This article contains affiliate links; all recommendations are editorially independent.