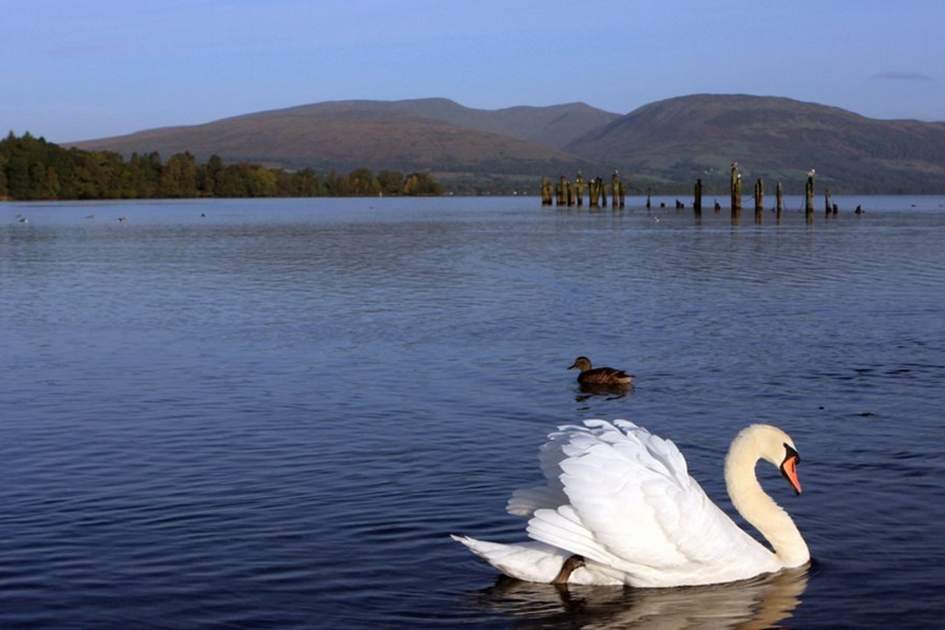 Everyone has heard of it, but the Loch bit of Loch Lomond is just one of the shimmering jewels in what is Scotland’s most famous and diversified National Park.

This area has a magnetism for walkers, cyclists and those who love water sports. Loch Lomond and the Trossachs National Park Gateway Centre in Balloch (www.lochlomond-trossachs.org) has every kind of information about the park, including geological history, walking routes, cycle paths and details about all the guides and companies who provide tours, mountain-bike excursions, horse riding, fishing and boat trips on the lochs (notably the Sir Walter Scott steamer on Loch Katrine).

There is a multitude of easy and short walks, such as the Creag an Tuirc walk, which begins at Balquidder (2.5miles/4km, about 2hours), and the hillier Cruach Tairbeirt walk (4.7miles/ 7.5km, about 3 hours), taking you up to 1485ft (450m). In exchange for your efforts you receive glorious views of Loch Lomond – weather permitting.

If you must climb a hill, try the Ben Ledi, classified as a Corbett, a smaller set of Scottish hills (5miles/8km, about 4 hours). It might be wee but on a clear day you can see the Firth of Forth from the summit at 2,508ft (760m). For those craving to bag a Munro, Scotland’s highest peaks, 3,465ft (1,050m) -high Ben Lui (13miles/21km, about 7 hours) is a must-climb. For much of the year its Coire Gaothaich (Windy Corrie) is filled with snow, lending it an alpine character. Ben Lui is reached from Tyndrum.

For those with time, the inclination and broken-in boots, the famous West Highland Way (92½ miles/148km, up to 2,650ft/800m), from Milngavie to Fort William is one of the most trampled and loved walks of Scotland. It will take between 7 and 10 days.

Whatever walk you choose to do, be prepared for a dramatic change in the weather, even in the warmest months, and have proper footwear, a map and compass (the ability to use these properly is a must too!) as well as waterproof clothing. Also, leave word of your plans with your accommodation.

As you travel away from the sparkling shores of the loch, spectacular hills, glens with densely wooded forests and a real sense that you are surrounded by the wild awaits you. The National Park boasts 200 species of birds, from buzzards and, in remoter areas, ospreys and golden eagles, to peregrine falcons, pied flycatchers and capercaillies – although you are more likely to hear the cricking noise of these than see them amongst the heathery thickets.

Home to 25 percent of Britain’s wild plant species, there are 500 flowering species and ferns, with rarities such as the wood anemone, wood sorrel and, magnificent in May, the thickest blankets of bluebells. And as for fauna, take your time and keep quiet and you have some chance of being in the presence of – if not seeing – red deer, polecats, pine martens and wildcats. Meanwhile, Loch Lomond is the largest freshwater loch in the UK; within it swim fish, salmon, pike and, only found in one other place, powan – a whitefish.