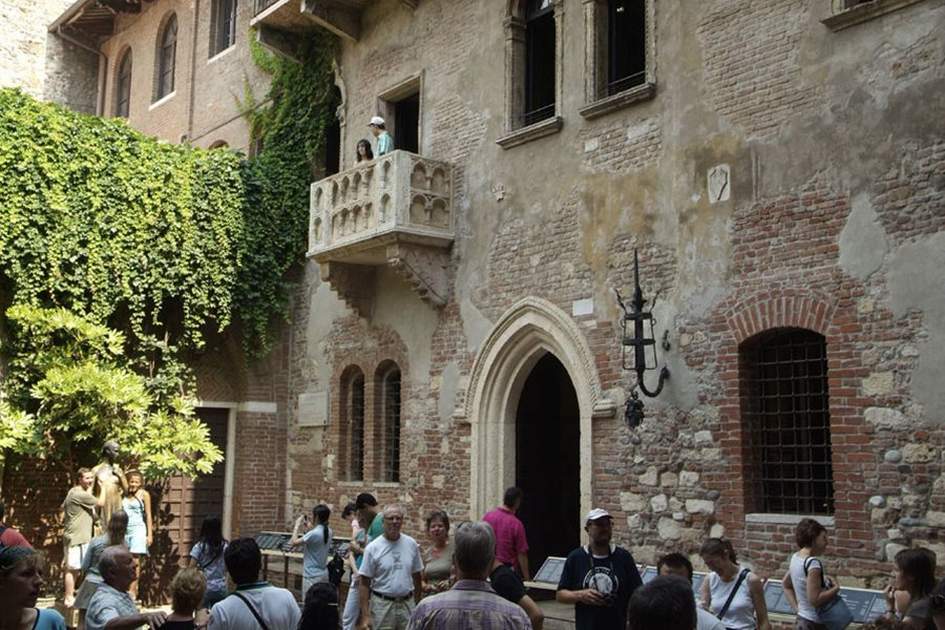 Hamlet's Marcellus was wrong - there is nothing rotten in the State of Denmark. The world's oldest kingdom holds many delights for the visitor, not least of which is Hamlet's 'Castle of Elsinore', the massive Renaissance-style Kronborg in Helsingør. It has provided a backdrop for many productions of Hamlet. Inside, the richly decorated King's and Queen's chambers and the 62-metre (203ft) long Great Hall are well worth seeing. 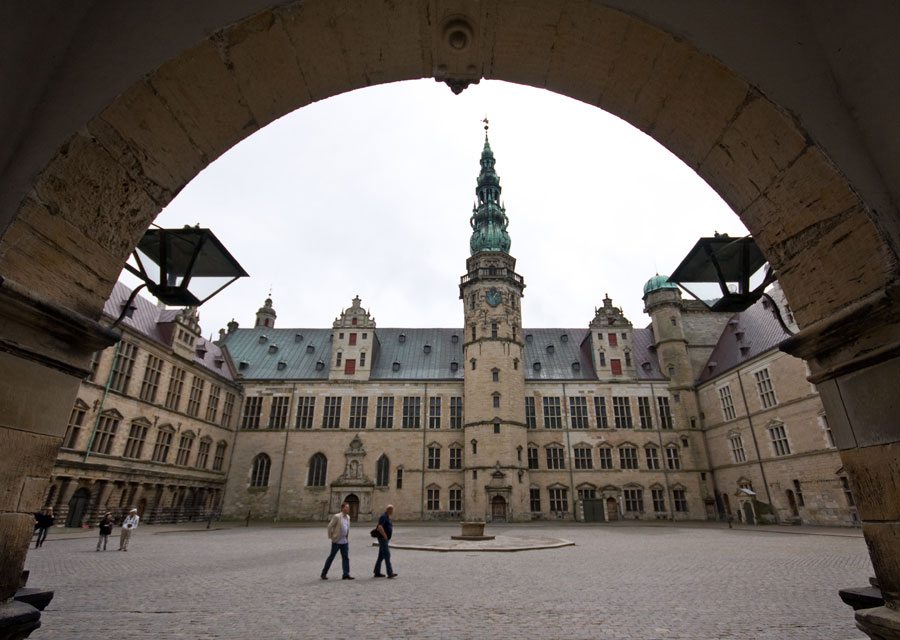 On a bleak, windswept moor three witches crouch round a bubbling cauldron, muttering oaths and prophesying doom. A king is brutally stabbed to death and his killer, consumed by vaulting ambition, takes the throne, only to be killed himself soon afterwards. To many people, these images from Macbeth are their first introduction to early Scottish history.

Glamis Castle, near Forfar, features in the play. The exquisite fairy-tale home of the earls of Strathmore and Kinghorne was also the childhood home of Queen Elizabeth the Queen Mother. You can also visit Birnam, Dunsinane and Iona, where the real King Macbeth is buried. 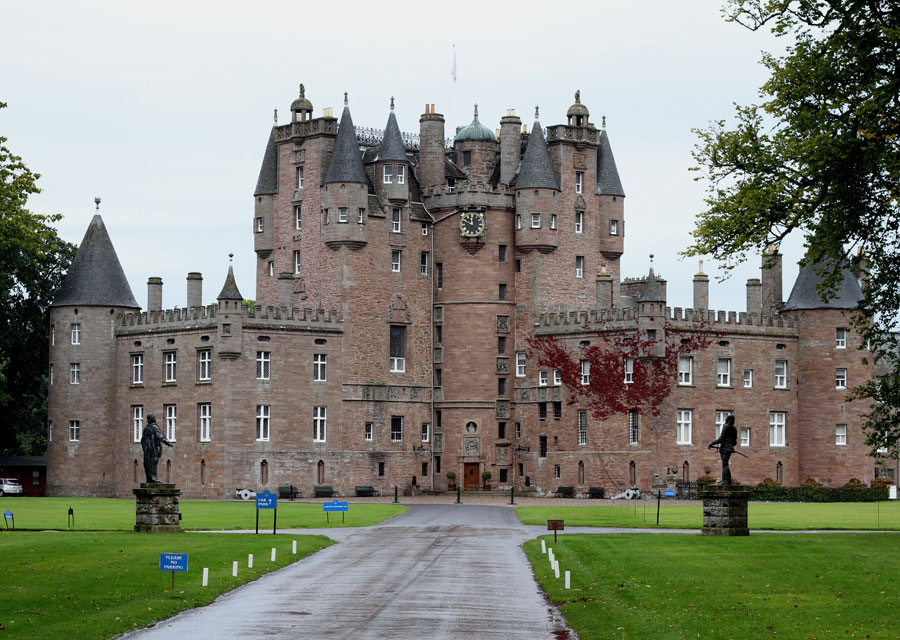 Romeo and Juliet, The Two Gentlemen of Verona

"Fair Verona" boasts the world's third-largest Roman amphiteatre and some of the finest piazzas and monuments in northern Italy, along with the grandest open-air opera. Above all, however, Verona is celebrated for Shakespearean tales of young love. Crowds from all corners of the world come to pay respects to the so-called Casa di Giulietta (Juliet's House) and the famous marble balcony. 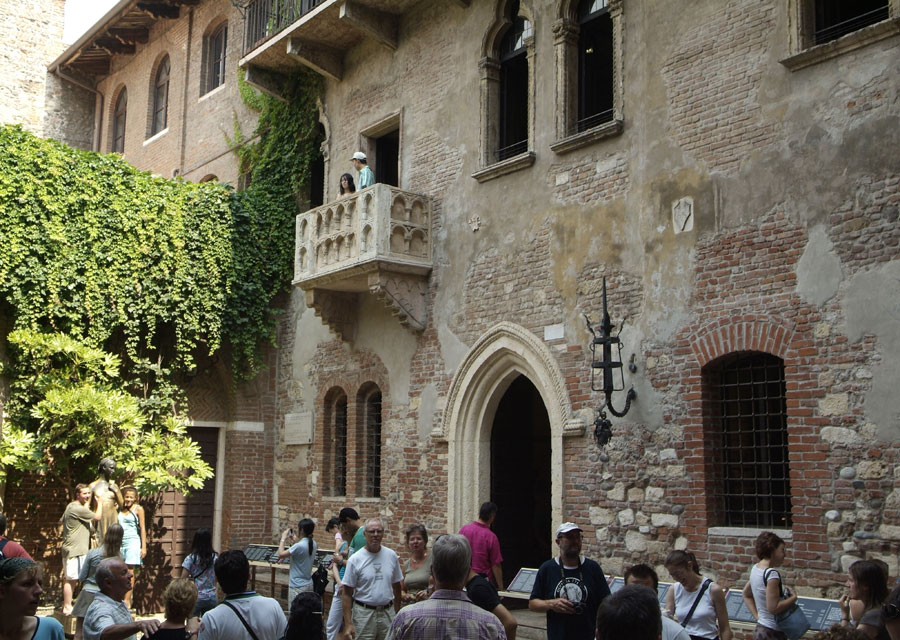 Rome has long been called the Eternal City. It is difficult to tell if the name refers to the city as the seat of the Roman Empire, as the heart of the Catholic Church, as the capital of Italy, or as a major pilgrim destination. The layer upon layer of history certainly has an eternal feeling, but it is the continuously unfolding drama of the city that is its biggest draw. The perfect setting for all those Shakespearean plots of all-consuming love, power, betrayal and murder. 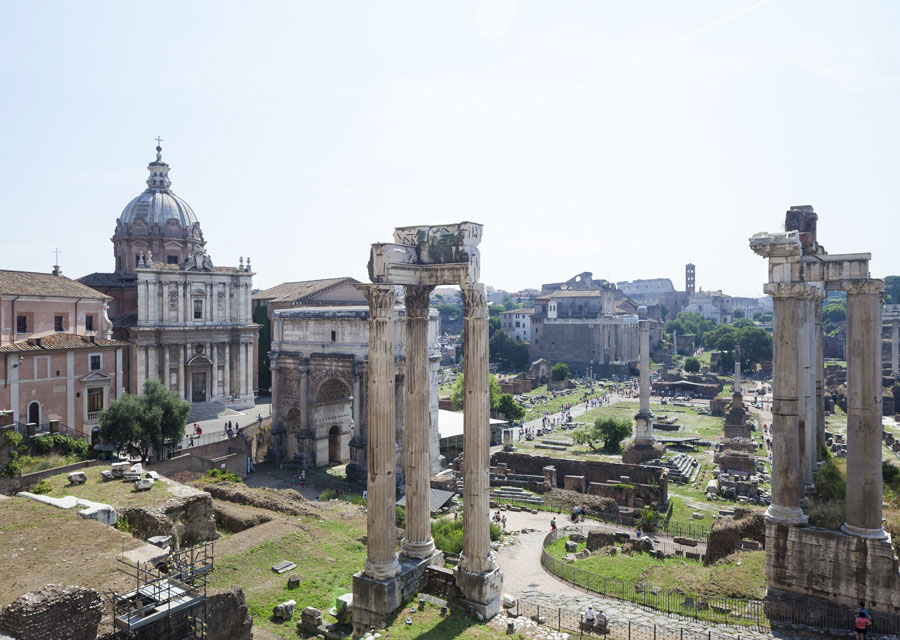 The Merchant of Venice, Othello

More like a stage set than a city, Venice has captivated visitors for centuries. La Serenissima dazzles and mesmerises, but also bewilders. As a tantalising blend of East and West, powerful Venice of old was neither totally European nor wholly Italian. Byzantine domes, Oriental mosaics and Gothic palaces still evoke this exotic legacy. The intrigue of its winding streets and its historic association with religious and political turmoil has inspired many great writers, including Shakespeare, who set two of his most famous dramas here. 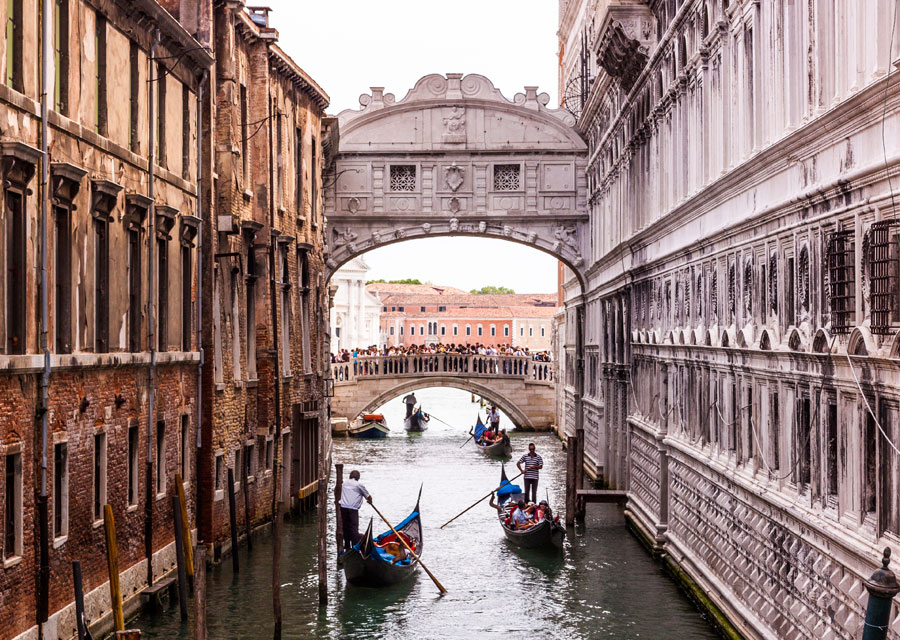 The Merry Wives of Windsor

Just 25 miles from central London is Windsor Castle, a favourite of the Royal family. William the Conqueror began fortification here in 1066, immediately after defeating Kind Harold at the Battle of Hastings. Though overshadowed by its vast castle, Windsor is a pleasant town, with lovely walks among deer and ancient trees in Windsor Great Park, which spreads south from the castle and along the River Thames. Shakespeare's British-set comedy, The Merry Wives of Windsor, takes places here. 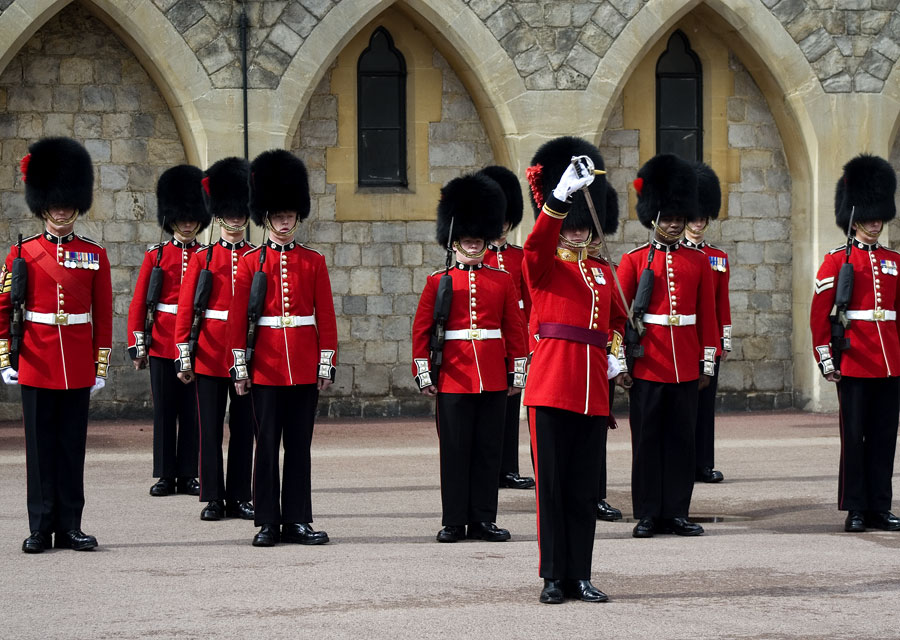 Nymphs frolic in the enchanted Athenian woods of A Midsummer Night's Dream, painting a picture of halycon summer. During the Periclean 'golden age', Athens became a great centre of art and literature, commerce and industry. The city was the ancient cradle of European poetry and drama and consistently inspired writers keen to immortalise this hub of civilisation. 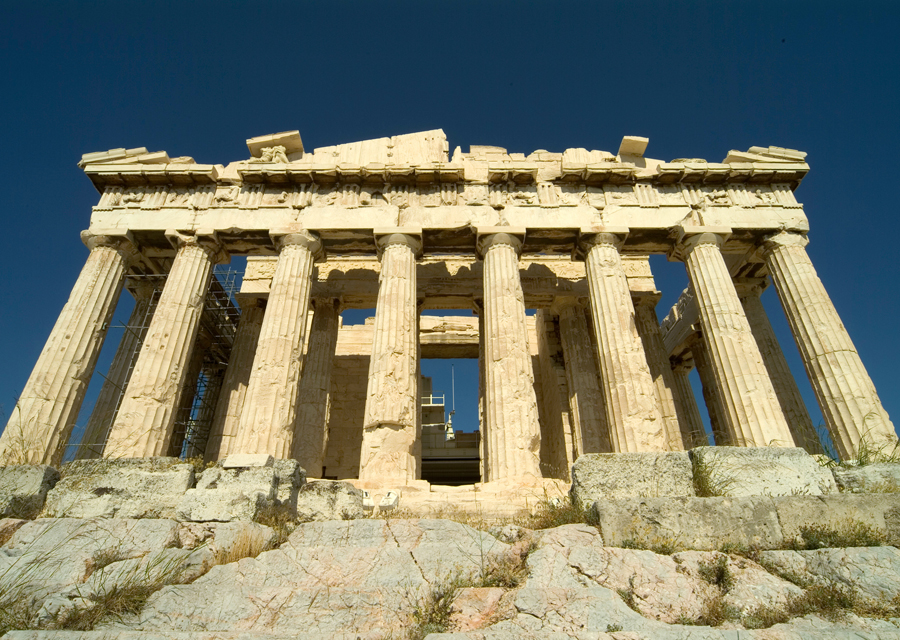 You may not want to visit the numerous Viennese brothels mentioned in Measure for Measure, but there are plenty of palaces in the Austrian capital fitting for a Shakespearean plot. The imposing Hofburg, home of Austria's rulers since the 13th century, the elegant Belvedere, regarded as the finest flower of Vienna's baroque residential architecture, and the grand Schloss Schoenbrunn, Empress Maria Theresa's opulent rococo palace and gardens, are all fabulous examples of Austrian pomp. 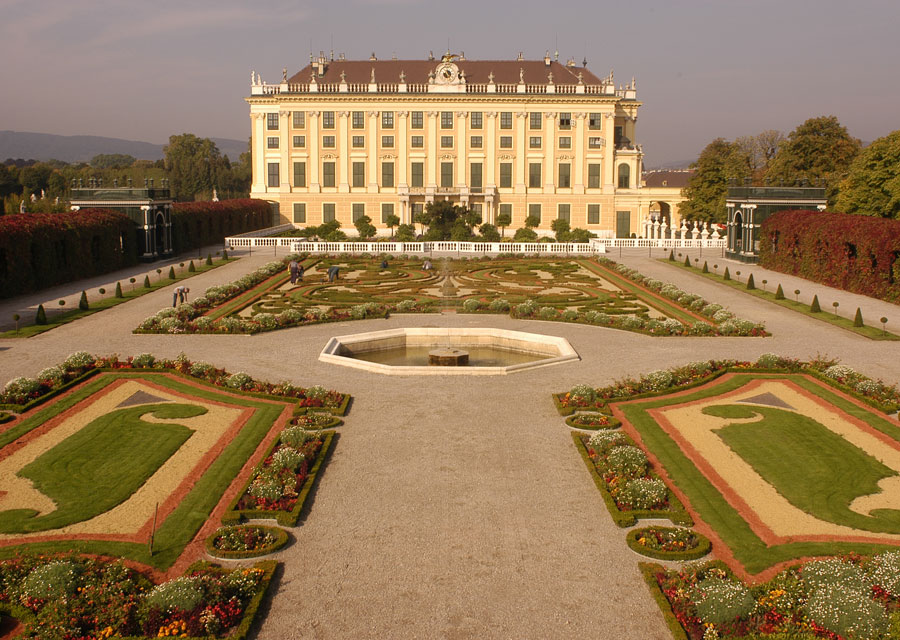 The name Troy conjures up visions of the star-crossed lovers Helen and Paris, of Greek and Trojan heroes, of betrayal and revenge, of cunning and deceit, of a huge wooden horse and of the destruction of a great city. Shakespeare based Troilus and Cressida here, now in modern day Turkey, where you can freely explore the ancient ruins. 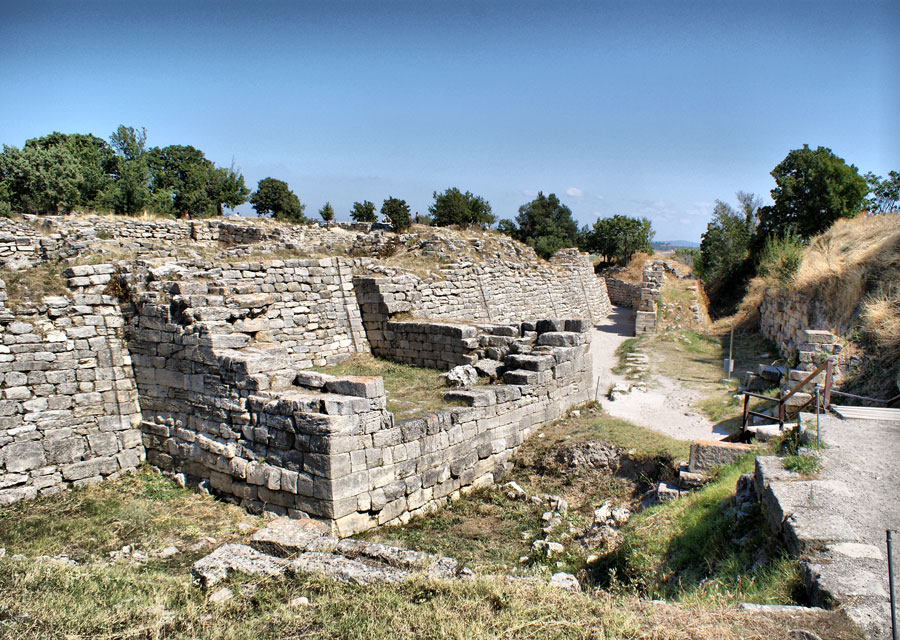