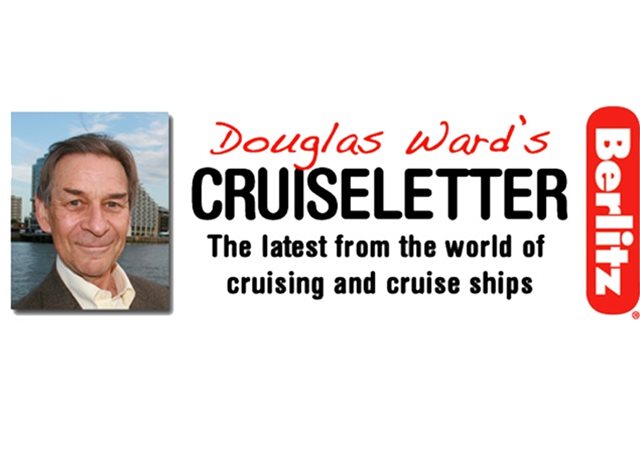 This past weekend, the Berlitz Complete Guide to Cruising & Cruise Ships featured at the Cruise Show put on by the Telegraph newspaper in London. I’d like to welcome to all the new readers who signed up for the Cruiseletter at that event, and I hope you enjoyed your experience at the show.

As you may know, Carnival Triumph suffered an engine room fire in February, which knocked out power to propulsion and steering systems, and left the ship drifting in the water, with more than 4,000 passengers on board. As a result, a number of my readers have asked me about the safety of large passenger ships.

Had this event happened to a cruise ship built after 2010 (and having a length of more than 120 meters), the ship should have been able to ‘return to port’ using its own power, due to new safety regulations enacted in 2009 as part of SOLAS (Safety of Life at Sea), which require new ships to be built with two engine rooms. Thus, in the event that one is flooded or rendered unusable, a ship can safely return to port without requiring passengers to evacuate the ship – after all, a ship is its own best lifeboat.

The new requirement came about as a direct result of the increase in size of today’s cruise ships, and the fact that several ship fires and loss of propulsion/steering have occurred during the past 20 years or so (the most recent being Carnival Triumph and CostaAllegra). In other words, the latest ships are being built with much more redundancy in mind, so that there are even back-up systems for back-up systems.

A bit of a rude awakening...

After sailing aboard several ships (of all sizes) in the Mediterranean region in the final three months of 2012, I flew out to San Juan to sail aboard two boutique-sized ships for about seven days. Arriving back into San Juan, it reminded me of just how rude an awakening awaits passengers disembarking. Even passengers doing back-to-back cruises have to go through U.S. Immigration and Customs inspection again in the early morning, before being allowed back on board to wake up!

As the ship I was aboard was rounding the fort to arrive at San Juan’s Pier 1, the US national anthem was being played at the Coast Guard base. It was loud enough that it could be heard clearly by all the passengers having breakfast on deck. The non-US passengers (about 40 percent of all passengers on board) were surprised, and some commented that it was like being in the military again!

In San Juan (as in most US ports), all immigration and customs inspections take place inside one of the terminal buildings (and there’s always a line – perhaps a carryover from all that line training in certain theme parks). Passengers still in bathrobes were not impressed (particularly as many had been enjoying an all-day beach party the previous day.

The moral of this is to remind you that, although cruise lines try to make things as comfortable as possible, it’s often bureaurocracy that tries to do the opposite – particularly when you are travelling in a region where you do not hold citizenship.

In the past few months, several ships had to miss ports and change schedules due to political unrest, such as in Egypt and Israel. Instead, ships often substitute with a day at sea. But not all goes as smoothly as it should. For example, on one November cruise aboard Cunard Line’s Queen Elizabeth, two Middle East ports, Haifa, and Alexandria, were skipped due to the troubles at the time. After the captain made a late-night announcement regarding the changes, he told listeners that a new daily program would be sent to them in the morning.

One activity, an early morning ‘Wake up and Stretch’ class was regularly scheduled from 07:00 to 07:30. About 20-plus passengers duly turned up at 07:00 for their class, but no instructor arrived at the appointed time. This is because he had been told that his class would now be at 7:30 am.

The daily programs had not been delivered to passengers, and so they turned up at the old time, expecting their class to take place. It didn’t. When the spa instructor turned up (at 7:15 am), he told passengers to carry on themselves, and that he would come back at 7:30 am. Needless to say, the passengers were not amused!

Fewer ships to the US?

Some cruise lines question whether it’s worth going through the expense of raising railings to a height of 54 inches (about 137 cm) and putting peepholes in all doors as is now required under the 2010 Cruise Vessel Security and Safety Act (USA). As a result, we might see fewer vessels choosing to call at US destinations.

In December 2012 I found myself in Genoa aboard Phoenix Resisen’s Artania. Some of you may remember the ship as P&O Cruises’ Artemis, or originally as Princess Cruises’ Royal Princess – the first ship of its size to have all-outside-view cabins. After seeing the ship, I am pleased to say that she is looking the best I have seen her for many, many years. Phoenix Reisen has done a fine job of refurbishing the ship, and the company’s passengers are now comparing it to the (slightly nicer?) Amadea. The open deck space aboard both ships is excellent – far better than many of the much larger resort ships, in terms of deck space per passenger.

MSC Cruises’MSC Melody, the smallest and oldest ship in the MSC Cruises' fleet – popular with South African cruisers, has been retired from service for the company. The ship has been sold to a South Korean company, and now operates sailings between Shanghai and Jeju Island – as a passenger/cruise ferry.

If you enjoyed the above then, why not sign up to the Berlitz Cruiseletter?

With over 650 pages of colour pictures, hard facts and forthright opinions, plus a chapter on first-time cruising, the Berlitz Complete Guide to Cruising and Cruise Ships 2013 gives you all the information you need to pick the right cruise for you. It is also available as an eBook. Buy your copy now!

Discover more with Insight and Berlitz