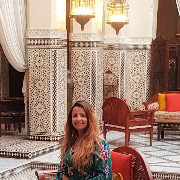 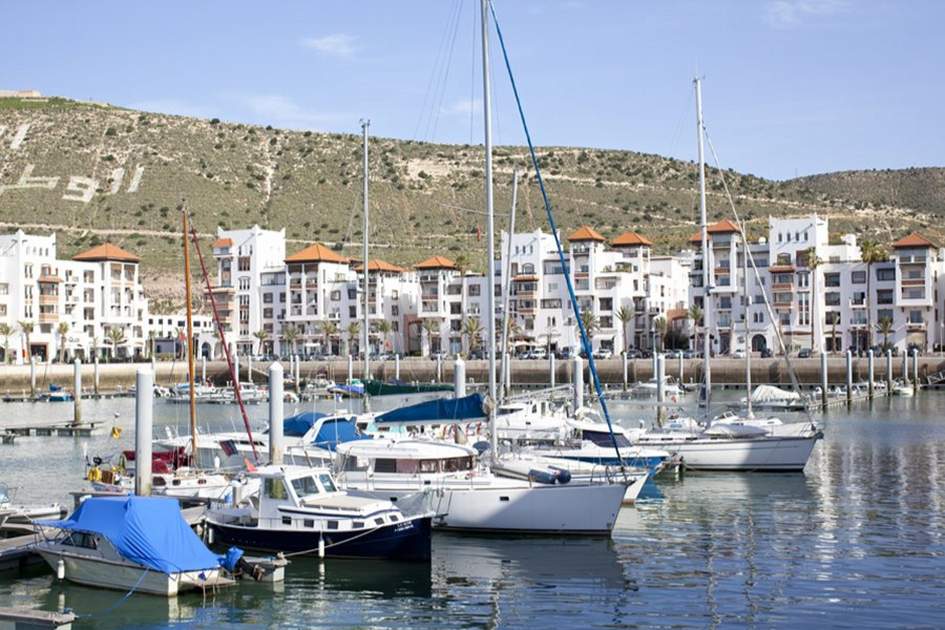 The city of Agadir, Morocco’s “playground resort”, has changed greatly in recent years. It has expanded enormously and its tourist infrastructure has become more sophisticated, with new and better-quality hotels, restaurants and nightclubs opening all the time. The city is Morocco’s premier beach resort and attracts thousands of tourists every year. It is not, however, typically Moroccan and it would not look out of place on the Costa del Sol; there is no ancient medina and no historic monuments or souks to visit; the frantic concentration of life that is so characteristic of Moroccan towns is lacking here. But that is not to say that it is not a pleasant city to visit. With its international airport, it is easy to get to, and it is an ideal base from which to venture into some of Morocco’s most spectacular scenery – the Anti-Atlas and along the coast to Goulimime, the gateway to the Western Sahara.

During the night of 29 February 1960, an earthquake destroyed Agadir. The quake’s epicentre hit the old medina with devastating effect. The town had for centuries been a prosperous fishing port and a market centre for the valley of the River Souss, which runs out to sea to the south. But on the morning of 1 March, most of the town was turned to rubble: some 15,000 people died and 20,000 were made homeless as 3,650 buildings were destroyed. Agadir had effectively to be rebuilt from scratch.

Rising from the ashes

Modern Agadir was conceived as a showcase for the new country. A modern port, administration centre and new tourist complex were built almost in segments, a process that has taken many years and is still continuing today. New residential quarters have spread out from the city centre and a brand new toll motorway has opened just between Agadir and Marrakech, cutting what used to be a four-hour drive down to just two hours. The predominantly Berber city is home to an impressive university that has been instrumental in a revival of Amaziah (Berber) culture. There is also a French Institute that holds exhibitions and cultural events.

Fishing is a major industry of the city, which claims to be the largest sardine fishing port in the world. Within the port itself there is a yacht mooring and a good restaurant, while in the nearby square from late morning until late evening in summer (early evening in winter) tightly packed stalls serve freshly grilled seafood at inexpensive prices in a lively, bustling atmosphere. Invisible around the headland are the heavier industrial docks.

Make sure you check out our online guide to what to do and where to go in Agadir, plus our pick of the city's best hotels and restaurants. 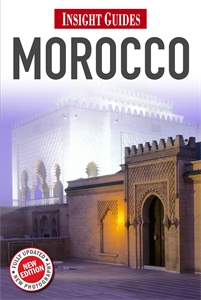 For many years, I have wanted to travel to Morocco. The execution of the trip was amazing, from the time we landed in Casablanca to the time we left. The guide and driver were excellent. The guide was very knowledgeable, quite affable, and responsive... Read more

Absolutely everything went smoothly and excelled our expectations. We didn’t miss anything and everyone we met along the way contributed to a fantastic adventure.

Marrakech and the High Atlas Mountains