Mysteries of the Nazca Lines 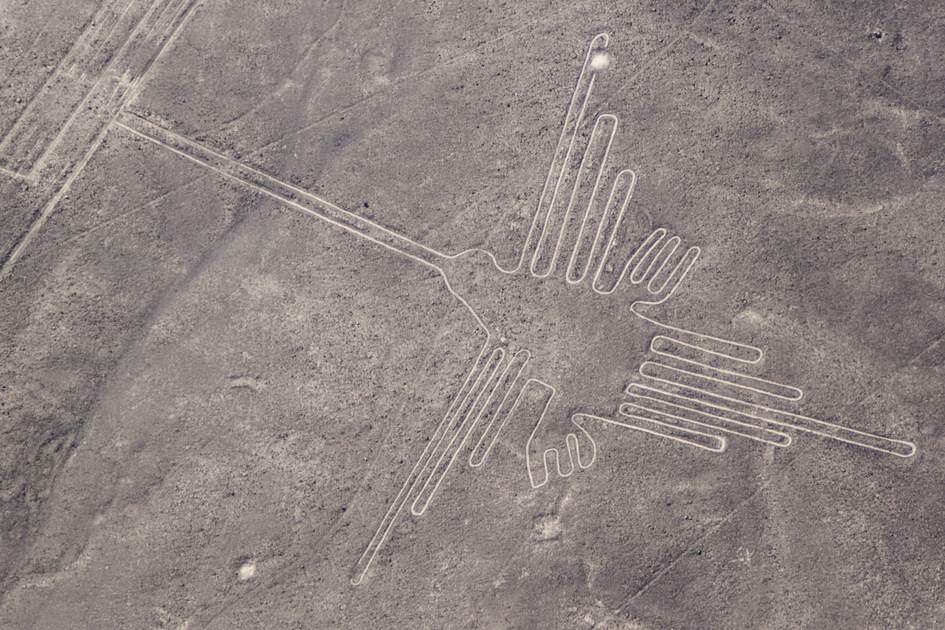 The Nazca Lines are a series of drawings of animals, geometrical figures, and birds ranging up to 300 meters (1,000ft) in length, scratched onto the arid crust of the desert and preserved for about 2,000 years owing to a complete lack of rain, and winds that cleaned – but did not erase – the surface of the pampa. The drawings were made by removing surface stones and piling them beside the lighter soil that was revealed beneath.

It wasn’t until 1939 that Paul Kosok, a US anthropologist flying over the dry coast in a small plane, noticed the lines, then believed to be part of a pre-Inca irrigation system. A specialist in irrigation, he quickly concluded that this had nothing to do with water systems. By chance, the day of the flight coincided with the summer solstice and, in a second pass over the area, Kosok discovered that the lines of the sunset ran tandem to the direction of one of the bird drawings. He immediately dubbed the Nazca pampa “the biggest astronomy book in the world.”

It was not Kosok, but a young German mathematician who became the expert on the lines and put the backwater on the map. Maria Reiche was 35 years old when she met Kosok, serving as his translator at a seminar on the lines. Reiche concluded that the sketches corresponded to the constellations, and thought they were part of an astronomical calendar made by the people of the Nazca culture, and designed to send messages to the gods. She speculated that her favorite drawing, the monkey, was the ancient symbol for the Big Dipper, the constellation that was linked to rain. When rain was overdue – a common thing in this plain – the Nazca people sketched the monkey to remind the gods that the earth was parched.

There are, of course, many people who do not accept Reiche’s theories, denying that the ancient people would have drawn something that they themselves could not see. Because the drawings can only be seen from the air, the International Explorers’ Club set out in 1975 to prove a theory that the Nazca people had used balloons. The Explorers’ Club made a cloth-and-reed hot-air balloon, the Condor I, and flew it for 60 seconds, reaching an altitude of 100 meters (330ft). But the flight, 14 minutes shorter than planned, hardly resolved the issue. It simply added another, rather wacky, theory to the many that surround the Nazca lines. 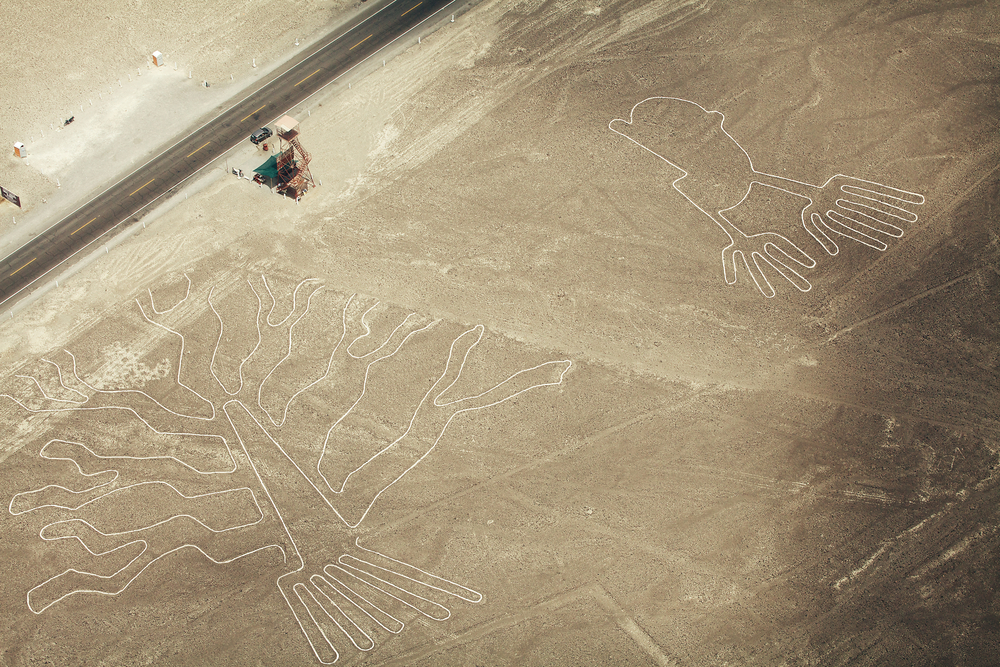 Writing from the planets?

One well-known theory about the Nazca lines was put forward in 1968 when Swiss writer Erich von Däniken published his book Chariots of the Gods, in which he argued that the pampa was part of an extraterrestrial landing strip – an idea that the archeologist Maria Reiche discarded impatiently and which has been scoffed at by other scientists. Von Däniken’s book nevertheless drew thousands of visitors to the lines. The newcomers set out across the pampa in search of the drawings on motorcycles, four-wheel-drive vehicles, and even horses – leaving ineradicable marks of their visits. It is now forbidden by law to walk or drive on the pampa, and Reiche used the profits from sales of her book, Mystery on the Desert, to pay guards to patrol the plain.

Other theorists say that the lines marked tracks for running competitions; that they were enlarged designs used in weaving and textiles; or that they are actually an enormous map of the Tiahuanaco civilization that once flourished near Lake Titicaca. Another idea that has gained a good many sensible adherents is that the lines were walkways linking sacred sites, and were kept clear for many years by the frequent passage of footsteps. Whatever the answer, these ancient geoglyphs continue to fascinate and intrigue visitors. 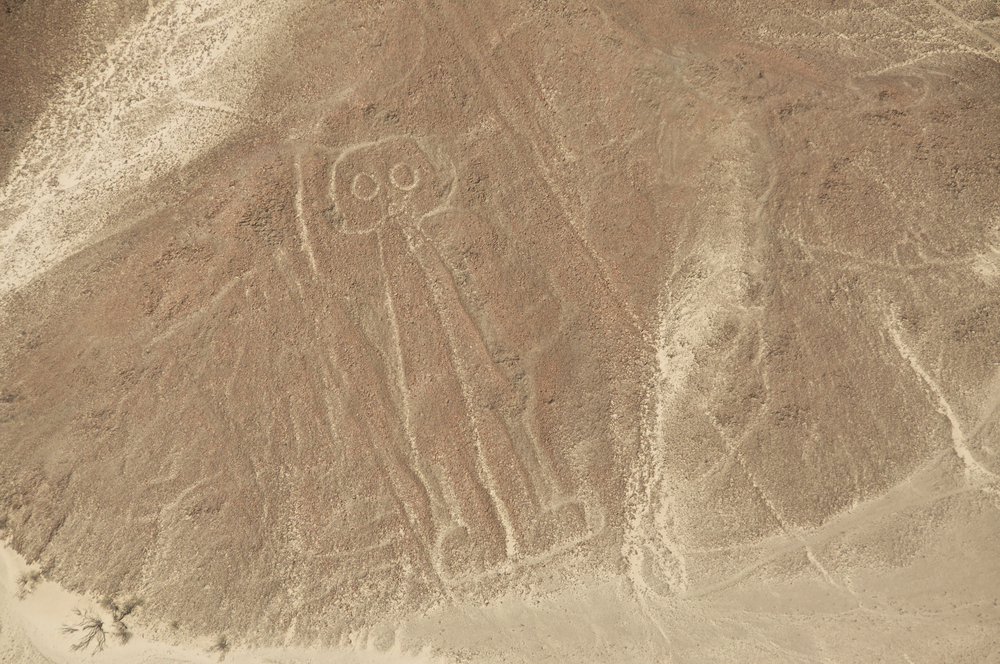 Enjoyed the trip and was very satisfied with the local guides that were used.