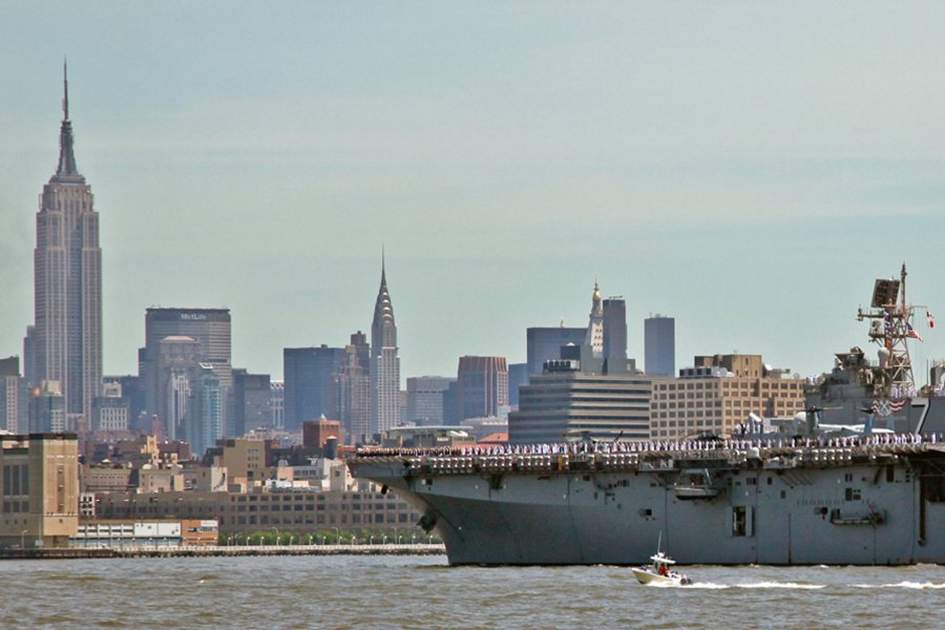 Late May is a wonderful time to be in New York, marked by warm weather that’s perfect for discovering the city. But if you’re visiting this week you’ll also be able to catch one of the city’s most popular annual events: Fleet Week. This is New York’s tribute to the sea services – for one week US military ships dock in the city, and you get the chance to tour these fascinating vessels and meet marines, sailors and coast guardsmen. You don’t have to venture down to the pier to know the military are in town: during Fleet Week the streets of Manhattan are teeming with servicemen soaking up the sights in full uniform.

What to do during Fleet Week

Wednesday saw the start of Fleet Week, which this year marks the bicentennial of the War of 1812 between the USA and the British Empire. Crowds lined the banks of the Hudson River in their droves to watch the traditional Parade of Sail, which included tall ships from around the world for the first time in 12 years. That’s just the start of the Fleet Week fun, however. Until 30 May you can tour visiting ships at pier 92 in Manhattan and the Homeport Pier in Staten Island every day between 8am and 5pm, and in Brooklyn too from Saturday until Monday. You can also catch air demonstrations and a host of community events. Highlights will include US Marine Corps Day in Battery Park on Friday, the US Coast Guard Search and Rescue Demo at Staten Island Pier (also Friday), and military bands in Times Square on Sunday afternoon. There will also be military parades throughout New York during the week.

Don’t miss out on an array of events at the Intrepid Sea, Air & Space Museum in Midtown, either, with tours of the historic tall ships, musical performances, movie nights, pier displays and the famous tug of war battle between the different branches of the military.

If you’re planning to visit one of the ships, make sure you wear comfortable clothing and sensible footwear – there will be ladders and uneven surfaces to navigate. Try to arrive as early as possible as there may be queues.