Norway is famed for its spellbinding landscapes and its vast open spaces. Here, we journey into the Norwegian wilderness with photographer Josh Lake. 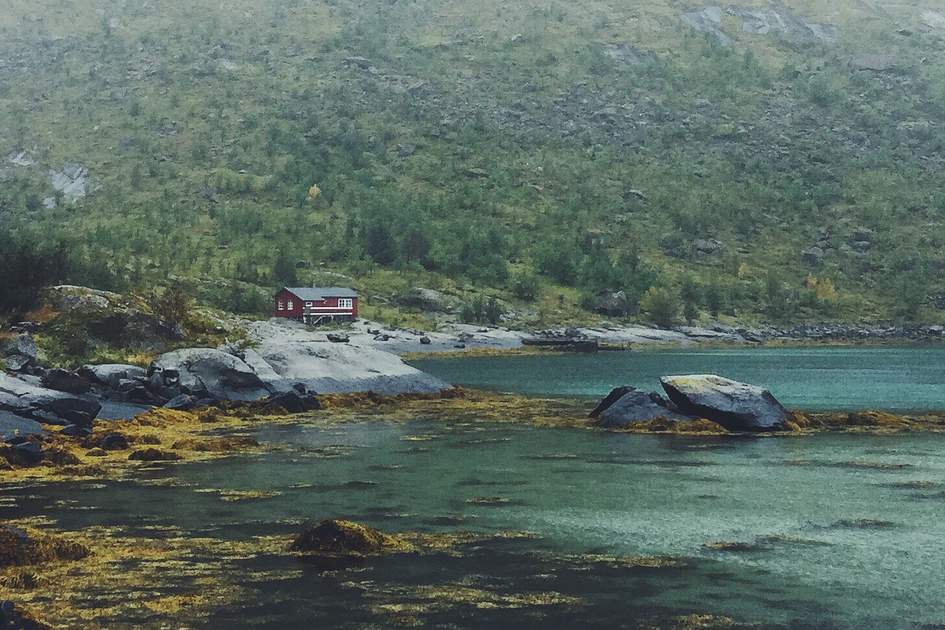 A land of extremes, Norway is defined by its vast craggy peaks that reach above the clouds, carpets of alpine tundra merging with the sea, deep glacial fjords displaying infinite shades of blue and a long and rugged coastline with over 50,000 islands.

Many come to Norway for an immersive experience in nature. But for British-born photographer Josh Lake, this richly diverse landscape is every bit about an exploration of the self as a journey into the wild.

His closeness to the raw elements of the Norwegian wilderness, which he captures in his idiosyncratic style, has nurtured a more profound connection to this place he now calls home. 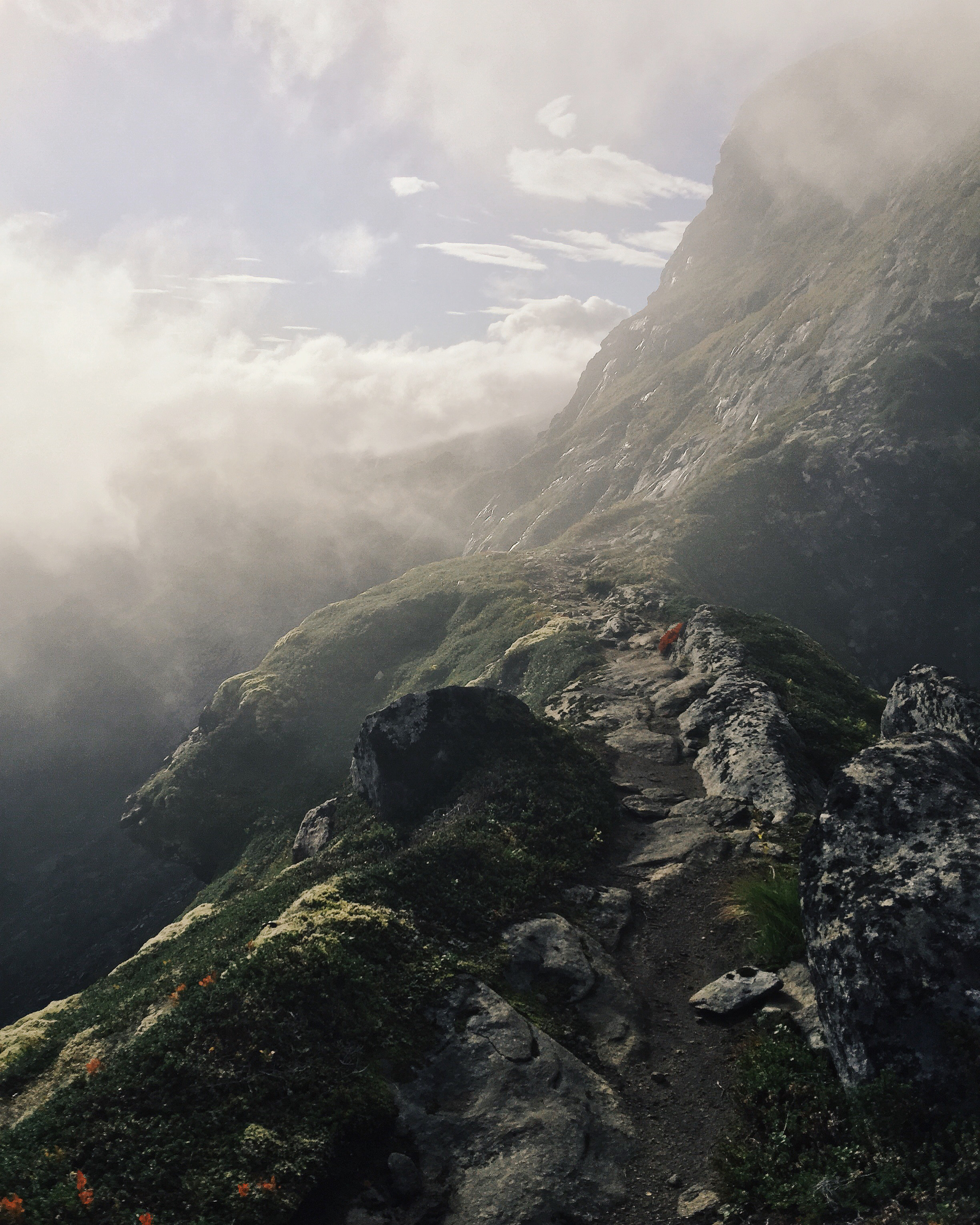 “It was around 7am in mid-Autumn, 2015 and I was panting my way up Reinebringen, Moskenesøya,” says Josh, reflecting on his climb in the Lofoten archipelago.

Here, in the northernmost region of Norway, the weather is notoriously erratic. But the temperate currents brought by the North Atlantic Drift make it surprisingly mild, given its latitude and proximity to the Arctic Circle.

“I spent twelve days just wandering from the South of the island to somewhere North, until it felt right to turn around,” he says, suddenly animated at the thought. “When the tourists have left and nature reigns supreme, it all looks very different.” 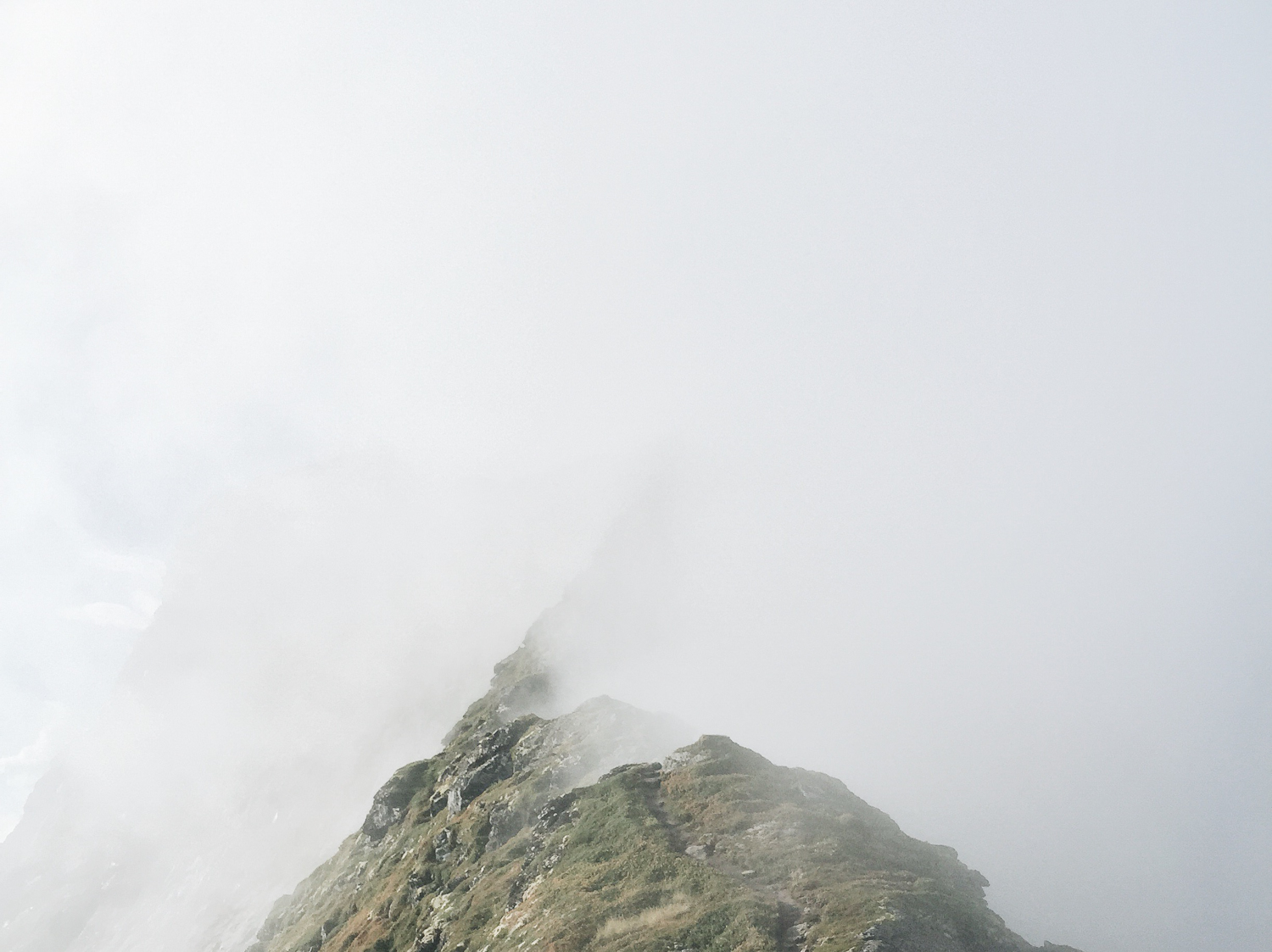 Walking through the clouds on Reinebringen. Photo: Josh Lake

“The moment these pictures were taken, it was like the weather gods were fighting and nobody could agree on what to do,” he recalls. “Wave-like clouds kept rolling in from the South, spilling over the peaks like liquid ice. Then everything disappears.”

Saying this, his eyes light up. “All the mountains and fjords and all the sea and sky vanish. You’re suddenly inside the clouds with soft mist floating and cooling you down. Blind to only a metre’s vision on the ground.”

“Breaks in the fog reveal portals of sea or mountainside, and then it all clears for a few moments and then repeats.”

“The sudden absence of my surroundings replaced awe of the landscape with a profound feeling of being a living, panting animal. The foggy world I was momentarily inside became breathtakingly silent and surreal. And it transported me to the transformative landscape installations of Japanese artist Fujiko Nakarya.”

“My trip through cloudy heaven was like going straight to the source of her inspiration. I’ve been to two of her installations, one at the Tate Modern in London where I used to live, and the other in my new home in Oslo,” says Josh.

“It’s one of those projects I wish I did myself, so simple and elegant, surprising and mysterious. I keep finding myself taking or making pictures or sculptures with absence as a kind of theme, not consciously, but I keep doing it.”

“I like looking at landscapes and imagining how else they could look, how they could be abstracted or manipulated in art, how this world could be reimagined to enlighten or surprise the viewer.”

On day two of his ten-day trip through Lofoten, Josh found a solitary cabin – a mere dot in the comparatively large foothills of the mountain range overlooking the fjord - which proved a welcome find against the onslaught of the wind and rain.

“With no plans or agenda, I wandered freely up some 600 metres, and came across this lonely cabin tucked away at the end of the fjord,” says Josh. “That was my new destination.”

“I returned to this spot only a few hours later with rain in my face and a beaming smile in anticipation of my packed lunch, feeling satisfied with my choice of restaurant; I was the only guest here in the fjord.” 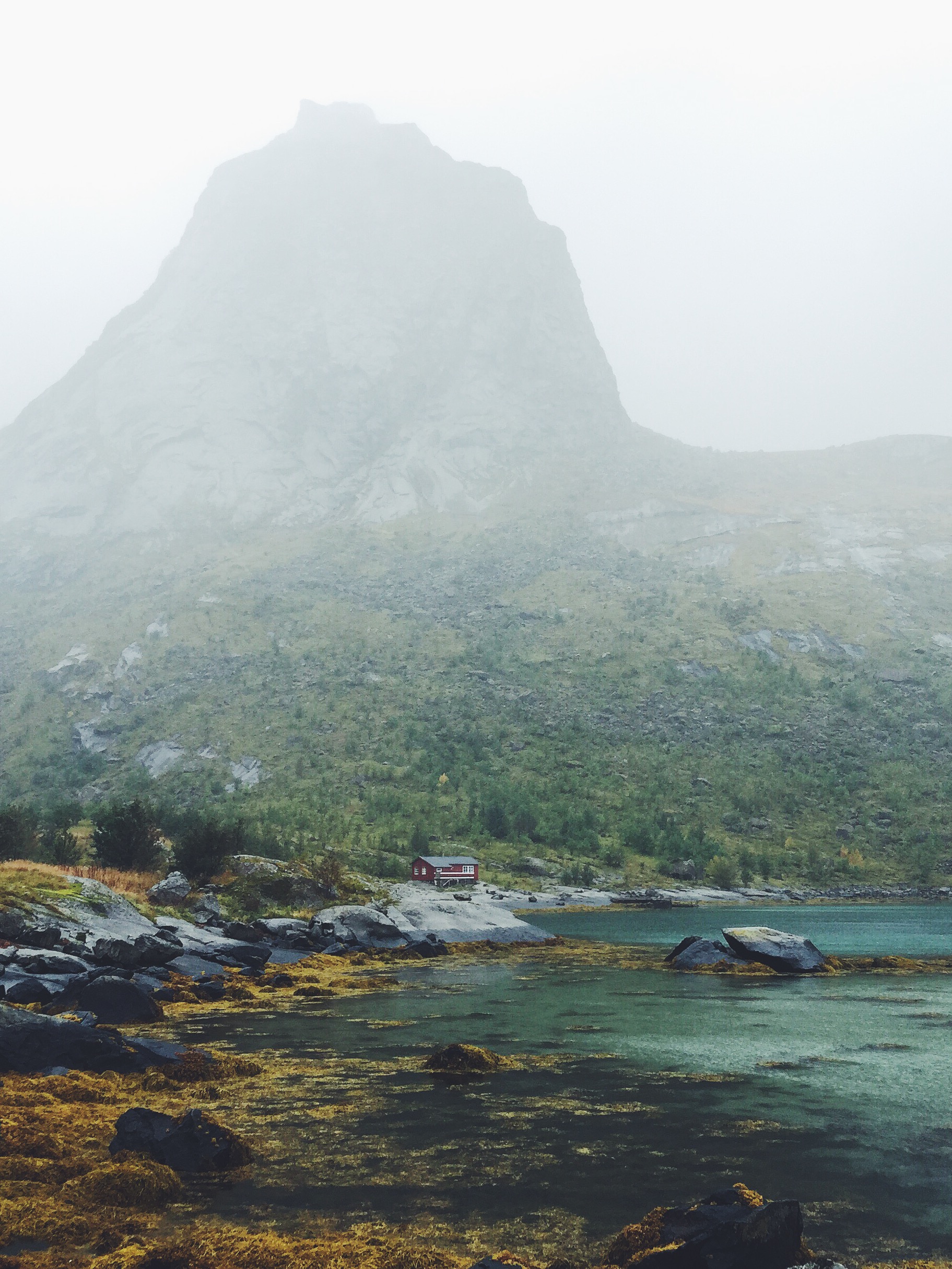 The Børvasstindan mountain range and nearby Bodømarka forest of Bødo, situated along the northwestern coast of the Scandinavian peninsula, are as ethereal at this time of the year, with striking mountain peaks, plateaus and tree silhouettes framed against the soporific sky and water.

“It was like being inside a fairytale Turner painting when I was landing in Bødo during sunset,” says Josh.

“I was a few hundred metres above the ground and staring out of the aeroplane window with my camera at the ready. The plane’s interior felt very real, against the otherworldly, even immaterial, landscape outside. Everything was bathed in pastel light with soft, floating mountain-like creatures emerging from the sea.” 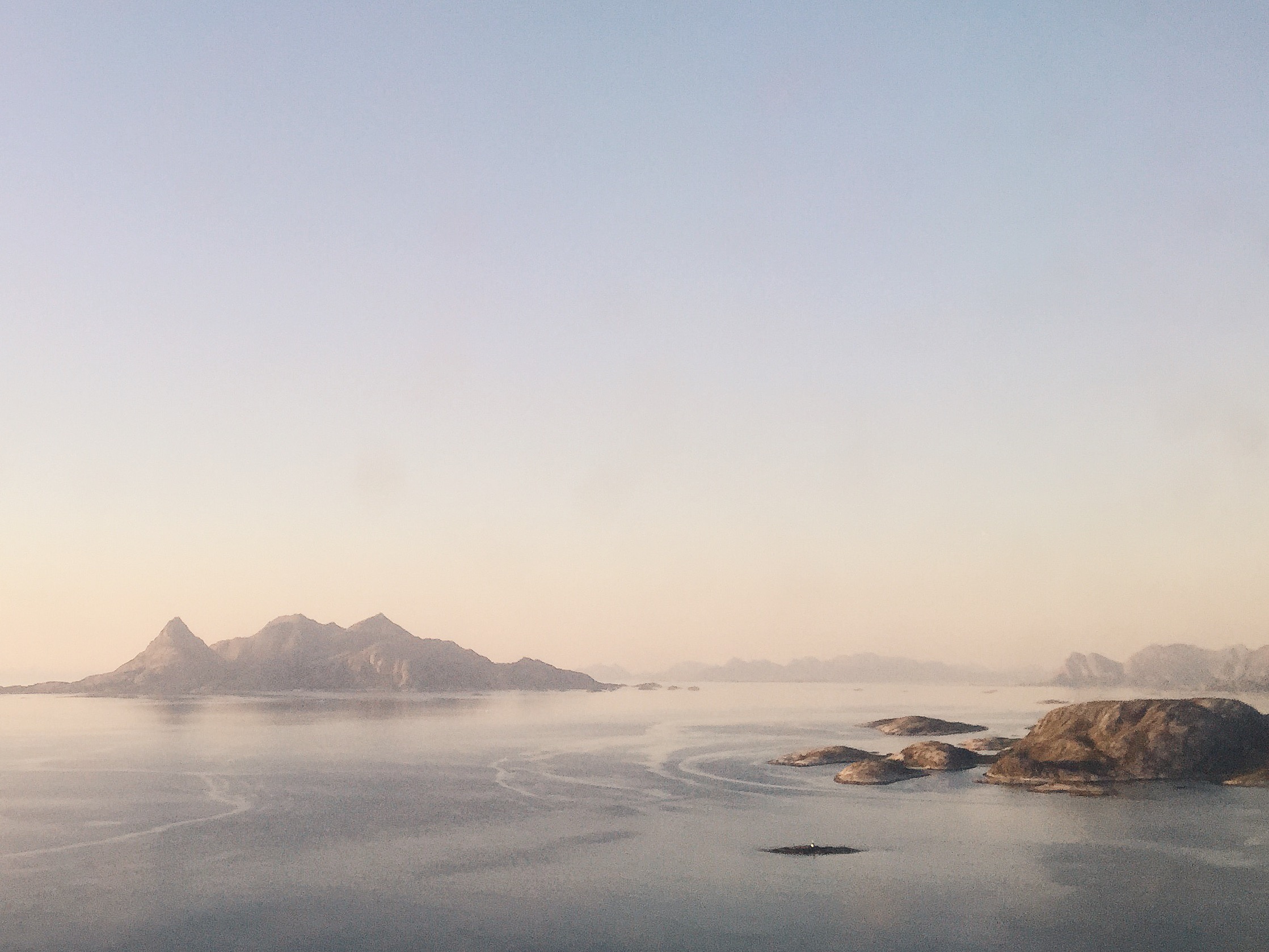 Moving closer to home, east of Oslo, Josh reminisces about his journey through Hauktjern, Ostmarka, Southern Norway, and the impenetrable night skies.

“I’d heard rumours of wolves being spotted here. Someone had shared a picture of a large wolf print, the size of cereal bowl,” says Josh.

Interest piqued, Josh headed to this densely forested area mottled with lakes and set up camp for a few days, hoping for a glimpse.

“The picture below was taken at a regular spot of mine near Oslo. About 2 hours from my doorstep,” says Josh.

Forests, fjords and mountains envelope the capital, and make Oslo a unique city, inextricably bound up with nature.

“When I took this picture, it was early spring, the winter darkness was giving way to light and there was a feeling of growth and new life all around. Despite my efforts, I didn’t spot a wolf with cereal bowl-sized paws.” 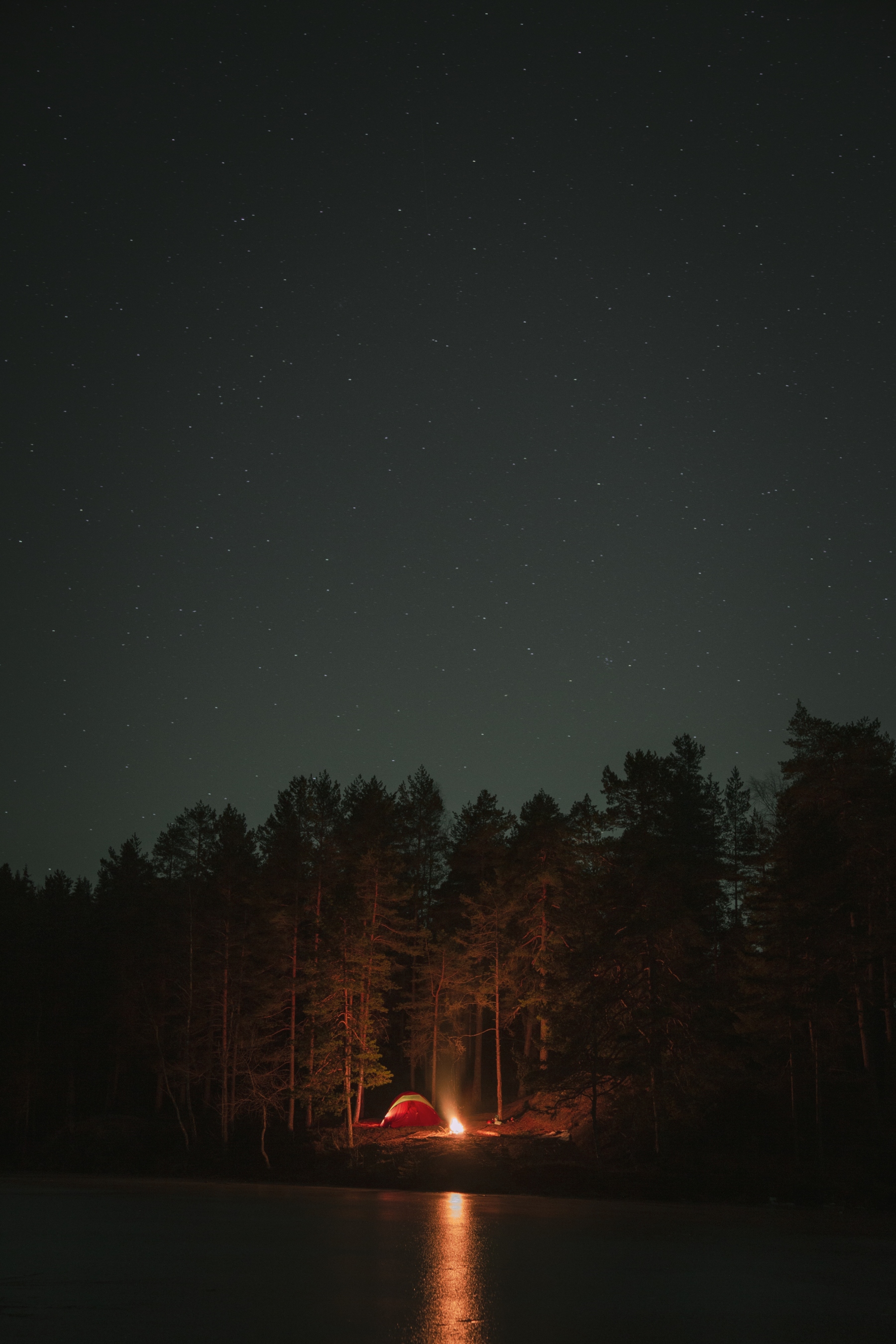 A regular scene for Josh on his hike from the north to south of Østmarka included a crackling fire and food foraged fresh from the earthy backdrop.

“I’m fascinated with the subject of bushcraft and am always searching for opportunities to live harmoniously with nature,” says Josh. “It’s one of the reasons I moved here, to make shedding my attachment to the modern world more possible.” 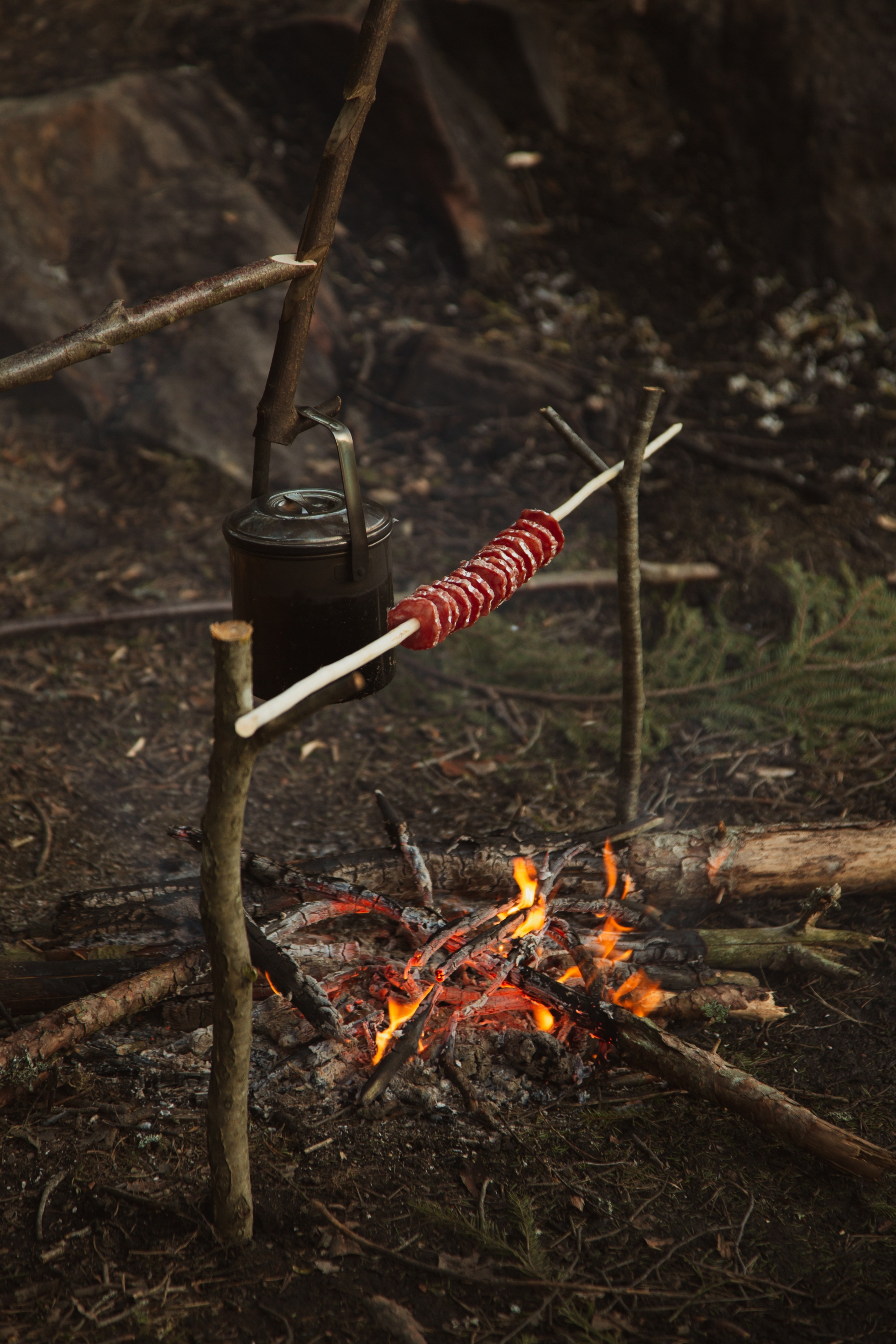 “This simple cooking station made from woodland remains is both elegant and practical, and served me well, knowing it would eventually be absorbed by nature without a trace of my presence.”

For Josh, journeys into the Norwegian wilderness are seldom experienced without his five-year-old Shiba Inu, Akira.

“He’s more of a cat really, than a dog,” says Josh, laughing. “At least in terms of his personality, his sassiness. In the city he’s quiet and lazy, and loves sleeping in his den under the sofa.” 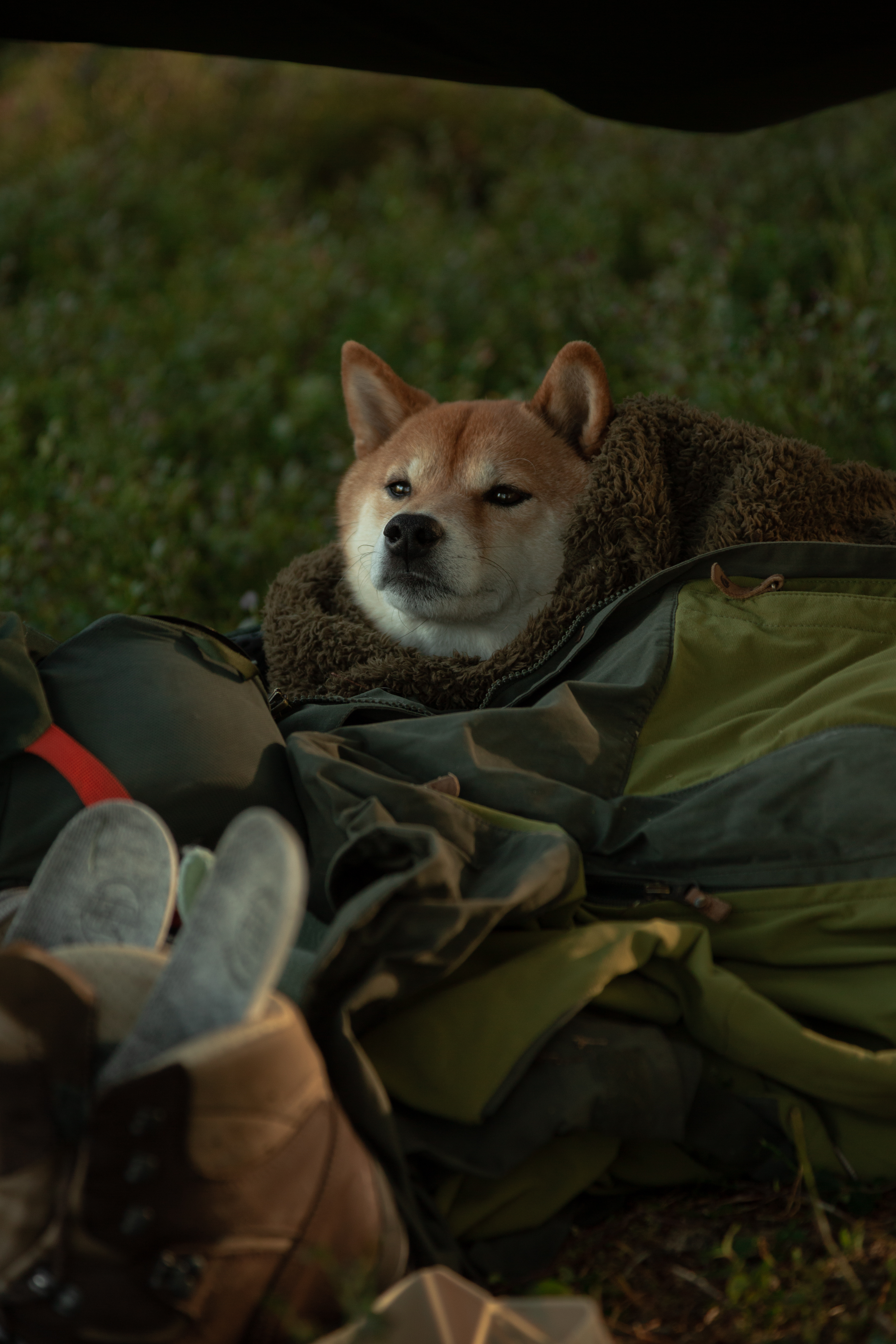 “He’s not your typical Japanese hunting dog, more of a gatherer than a hunter, but take him outdoors, or give him cheese, and his mood changes. He’s a different animal in the forest.”

“The most agile and quick footed dog, he leaps and darts around with such ease; it’s where he’s meant to be.”

“Together we make a good team,” says Josh. “He’s always good for morale, forcing you to slow down to his speed and absorb the surroundings. He is a stoic companion.”

“Moments away in the Norwegian wilderness with Akira by my side are as essential to me as earth, air, fire and water. This place is under my skin.”