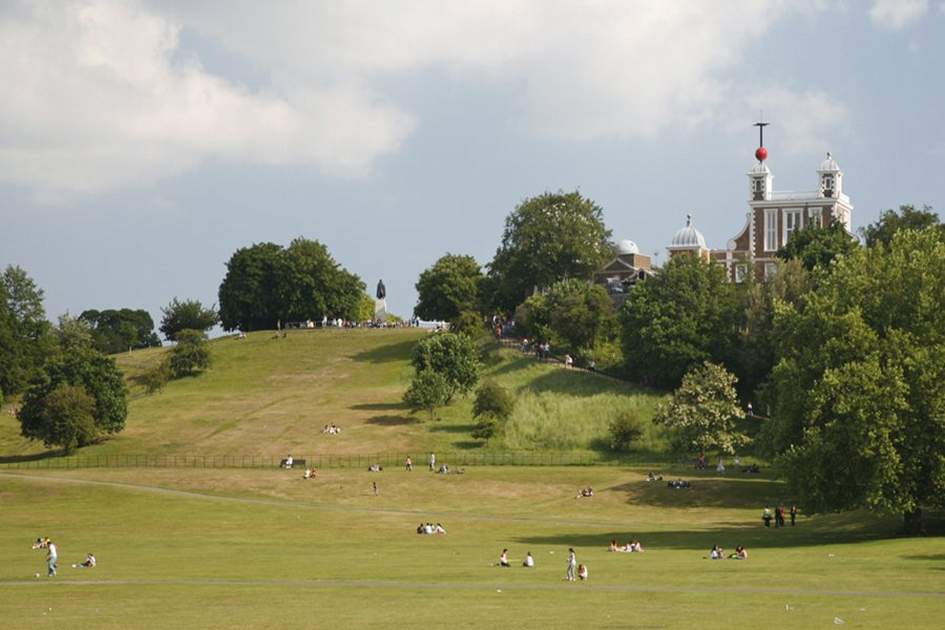 Greenwich Park, the oldest royal park dating back to 1433, is the venue for the Equestrian competition of London's Olympics, as well as for the riding events of the Modern Pentathlon. This is where you'll see all the horsey action. If you've got tickets.

But with or without Olympic tickets, Greenwich is well worth a visit, with its beautiful riverside setting, royal palaces, cool weekend market, and amazing views over London from the top of the park. The nicest and most leisurely way to get there is by boat from Embankment pier. On arrival you'll see one of England's most famous ships, the Cutty Sark, now gloriously restored after a fire all but destroyed it. Built in 1869, this was the last of the great China tea clippers, a speedy square-rigger that once ran tea from the Orient to Europe.

Greenwich has been associated with British sea power for 500 years (the Royal Naval Dockyards were built downstream at Chatham). In the late 17th century Sir Christopher Wren built the Royal Hospital for Seamen at Greenwich, an elegant, baroque complex that became the Royal Naval College. Its chapel and Painted Hall, decorated in the early 18th century by Sir James Thornhill, are open to the public.

Greenwich has royal pedigree. Henry VI made it his favourite residence and subsequent Tudor monarchs – Henry VIII, Elizabeth I and Mary – were all born at Greenwich. It was here, too, that Sir Walter Raleigh is supposed to have laid his cloak over a pool of mud to prevent Elizabeth I getting her feet wet. James I commissioned Inigo Jones to build a new private residence for Queen Anne, nearby. The result was the Queen’s House, completed in 1637, a masterpiece of the Palladian style and perhaps the finest piece of Stuart architecture in England.

The Queen’s House is beside the National Maritime Museum, an excellent seafaring collection. Here the 1805 Battle of Trafalgar is relived and the glory of the nation’s maritime tradition unfolds, with boats, paintings and memorabilia from heroic voyages.

A short distance up the steep hill is the Royal Observatory, constructed by Charles II in 1675 in order to perfect the arts of navigation and astronomy. Since that time, the globe’s longitude and time zones have been measured from the Greenwich Meridian, which cuts right through the middle of Flamsteed House, now a museum displaying astronomical instruments, including the award-­winning 18th-century clocks of John Harrison, whose story was told in Dava Sobel’s best-selling Longitude.

The O2 Arena and Cable Car

The O2 concert arena in North Greenwich was built as the Millennium Dome, and although widely panned at the time for being a great big (and hugely expensive) white elephant, it is now a successful entertainments venue, hosting top rock concerts and sports events. From here you can take a ride in Britain's first urban cable car, which opened to the public in June, providing an exciting way of crossing between Greenwich and the Royal Docks.

Check our London pages, this blog and our London guidebooks for ideas on what to do during the Olympics.