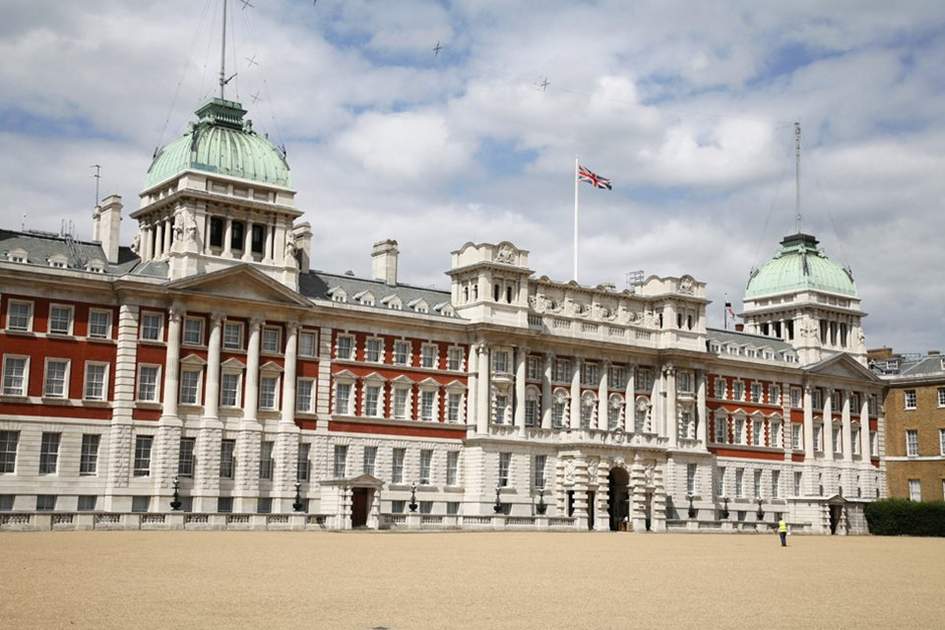 South of Trafalgar Square, on the broad and unmistakably official thoroughfare of Whitehall, are the offices of the Household Cavalry’s headquarters, known as the Horse Guards. Through the archway of Horse Guards and opening out on to St James’s Park is the huge Horse Guards Parade, where every June the Queen’s birthday is honoured by the splendid Trooping the Colour pageant.

During the Olympics, though, Horse Guards Parade will play host to a very different event: filled with 5,000 tonnes of sand and a temporary arena, it’s the setting for this summer’s beach volleyball competition. Beach volleyball has only been an Olympic event since the Atlanta games in 1996, but since then it has become one of the most popular Olympic spectator sports. If you have scored tickets to the London 2012 event then you’ll be able to enjoy the game not on a traditional beach, but in this unlikely yet iconic setting.

Horse Guards Parade and St James’s Park are bound to be heaving during the Olympics, though, so if you’re in the area and not one of the lucky ones going to the beach volleyball, you’ll be keen to seek out some peace and quiet.

Our tip is to drop in at the nearby Churchill War Rooms: there is nowhere in London quite so perfectly frozen in time. In 1938, with war threatening, the basement of this Whitehall building was chosen as the Cabinet War Rooms – a shelter for the heart of government and military command. Over the next six years, hundreds of men and women, civilian and uniformed, spent thousands of vital hours working – and sleeping – in this maze of interlocking, underground rooms. The slightly claustrophobic chambers and the narrow corridors leading to them are in the exact same condition they were left in when locked up at the end of hostilities in 1945. In the Map Room you can trace the position of Allied forces as they triumphed on VJ Day. The pencils are still neatly placed by the notepads on the Cabinet Room table, and the public safety posters warning ‘walls have ears’ or beseeching you to ‘keep calm and carry on’ are still pinned to the noticeboards. You can almost hear the clackety clack of the typing pool and imagine the basso profondo of ‘Winnie’ practising his speeches to rally the nation as you walk through these 30, once top-secret, rooms. Stop at the Switch Room Café, halfway round, for a nice pot of tea and slice of cake.

Acccess to the War Rooms

The Churchill War Rooms are open throughout the Games, but access is restricted between 28 July and 4 August while the Beach Volleyball competition is in progress. Approach via the south end of Horse Guards Road – from Great George Street or Birdcage Walk – as there will be no access from the Mall end of Horse Guards Road. See www.iwm.org.uk. Check our London pages, this blog and our London guidebooks for ideas for more things to do during the Olympics.