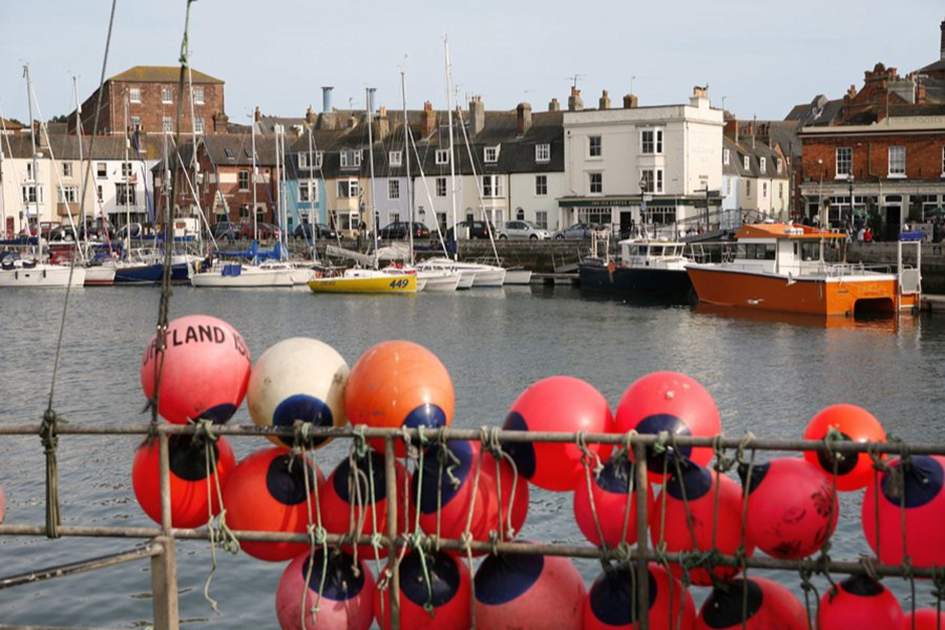 The Olympic Sailing competion is taking place in Dorset on the south coast of England. Weymouth and Portland offer some of the best natural sailing waters in the UK, and the already impressive facilities have been significantly improved in time for the Olympics.

George III did Weymouth a good turn when he went there in 1789 for his convalescence after a serious illness. The grateful citizens responded by erecting the brightly coloured statue that ends the half-mile esplanade.

The king bathed from his bathing machine, which was wheeled down to the shallow waters, to the music of his own anthem. Fanny Burney records the occasion in the diary she kept while Second Mistress of the Robes to Queen Charlotte. George can be seen in chalk outline on a neighbouring hillside astride a horse.

There is much of the character of the 18th-century watering place about Weymouth today. Stuccoed terraces front the esplanade, the sands are golden and the sea is blue.

There are museums of sea life, diving and shipwrecks. From Weymouth’s jetty, ferries maintain a regular service to the Channel Isles.

To the south of Weymouth a narrow strip of land carries the road to the Isle of Portland, which is in fact a peninsula. Thomas Hardy observed that the people who lived on what he called “the Gibraltar of Wessex” had manners and customs of their own. The sheer structure of Portland makes it a place apart. Everything is made of the eponymous white-grey stone, which has been quarried on the island for centuries. The lighthouse on the island’s south tip (Portland Bill) overlooks the broken water of the treacherous Portland Race.

August will be bumper month for sailing fans, as Cowes on the Isle of Wight is the venue for Cowes Week (www.aamcowesweek.co.uk), starting on 11 August. Known as the yachtsman’s Ascot, more than a thousand yachts will compete in dozens of races each day on the Solent.