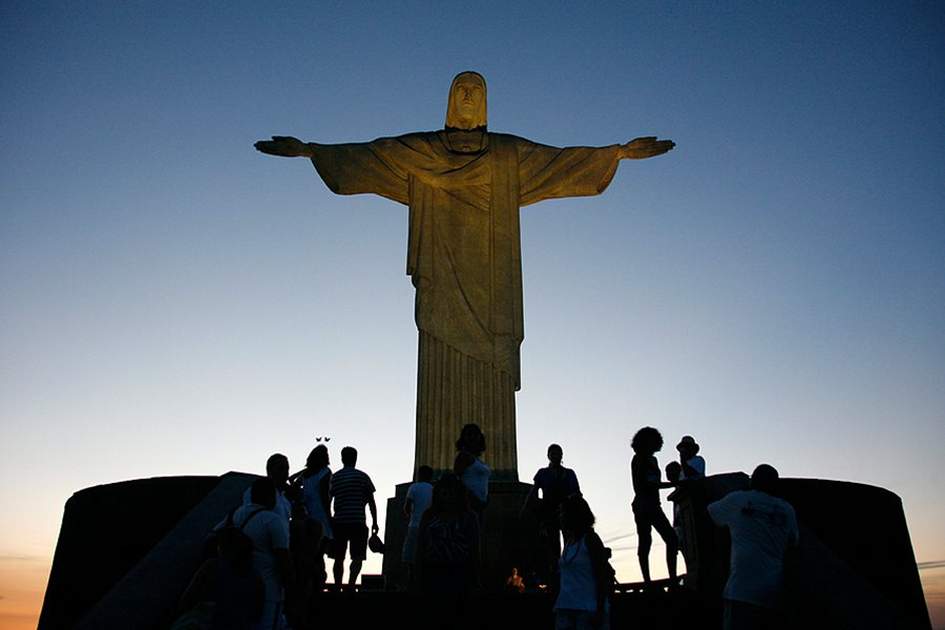 The statue of Christ the Redeemer on top of the Corcovado mountain. Rio de Janeiro

The time of the day and consequently the light are crucial to get the best shots of statues or monuments as your camera will typically be tilted upwards towards the sky. Know where your camera is taking its light reading from, as an average reading taken from too much sky can give under-exposed shots of the statue, resulting in a silhouette. If you are unsure, then bracket in small increments up to two stops higher.

There is nothing to be done if the light is not falling in the right way, except to revisit when sunlight is striking them from a better angle. If sunlight is at completely the wrong angle, you could use a reflector to shine light onto the front, or use fill-in flash.

If the background is distracting, you might want a “clean” image just of the statue itself. But sometimes a little extra information can be gleaned by including some background.

In the picture below, not only is the light hitting the statue of the damsel perfectly but it is also complemented by the eyecatching central red flowers to which her gaze seems directed. Including part of the shore behind her helps to locate her recognisably in the Italian Lakes.

Look for anything that will help to frame the subject, such as nearby trees or ornamental gates, especially if it helps to identify the location.

Wide-angle lenses (18–22mm) will fit everything into the frame, but can unnaturally distort the shape. To avoid the bases of monuments appearing too wide and bulky when shot with a wide-angle, take a few steps back to make them look more realistic. Play with the angles by putting slants on horizontals and verticals, or conversely, take a vertical such as the Space Needle in Seattle and lay it diagonally across the frame from corner to corner for dramatic effect