Pirates on the High Seas 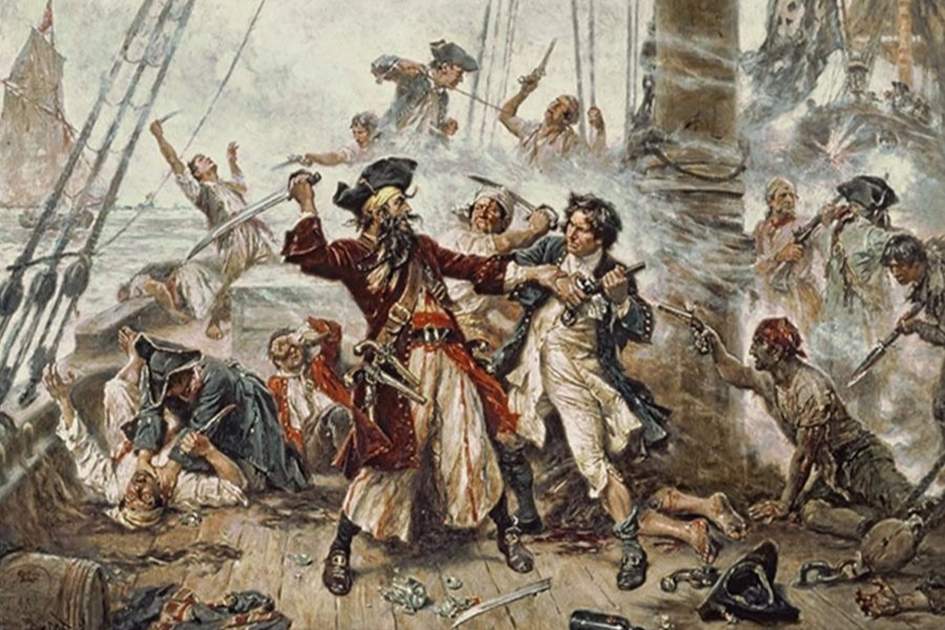 For almost 200 years, from the 16th century, pirates, privateers and buccaneers terrorised the Caribbean with spectacular brutality.

Fiction has been kind to pirates, painting them as dashing desperadoes, but the truth was rather different. For the most part, they were driven by a mixture of religious hatred and greed as they wreaked havoc among the Spanish treasure fleets, earning notoriety for their spectacular brutality. Tolerated and even supported by European governments hostile to Spain, they were eventually banished by those same governments after they had outlived their usefulness.

The first pirates were independent operators, mixing attacks on Caribbean shipping and harbours with smuggling and slave-trading. Soon they were sponsored by their rulers at home (and known as privateers rather than pirates), with Queen Elizabeth I of England a staunch supporter of Sir Francis Drake. He and others attacked shipping and towns throughout the Caribbean and Central America, forcing the Spanish to build expensive fortifications and reinforce the fleets that carried gold and silver from South America back to Europe. Yet all these precautions couldn’t stop Piet Heyn, a Dutch privateer, from capturing 31 bullion-laden ships off the coast of Cuba in 1628.

As wars raged between European nations in the 17th century, deserters, shipwrecked sailors and escaped slaves formed runaway communities in the Caribbean. The favourite haunts of these buccaneers were isolated Tortuga off Haiti and the empty cays of the Bahamas. They enticed ships onto reefs or attacked them from their own long canoes, capturing cargoes and murdering crews.

Life was short and brutish, with violent death or disease ever present. They lived in basic shacks, wore rough clothes of cotton and rawhide and were reportedly filthy with the blood of slaughtered cattle. Even so, the buccaneers developed deep bonds of affection among themselves and even entered into a sort of same-sex marriage, called matelotage, although this was probably a means of dealing with an individual’s assets in the event of his death. In return for weapons, tobacco and rum, the buccaneers traded hides and meat with the passing ships that they did not choose to attack.

The heyday of the pirates came in the 1680s, when Port Royal in Jamaica achieved infamy as the “wickedest town in Christendom,” a decadent boomtown of taverns, brothels and gambling dens. It was here that Henry Morgan, fiercest of all seafarers, ruled as lieutenant-governor after a bloody career raiding Spanish ports. In 1692 Port Royal was destroyed by an earthquake and tidal wave in what many deemed an act of divine retribution.

Around that time, European leaders were tiring of their former pirate friends, as they now had their own Caribbean possessions and were afraid of such lawless elements. Some pirates retired gracefully, others were hunted down. The golden age of Caribbean piracy was over by the end of the 17th century, even though a few individuals, such as Edward “Blackbeard” Teach, carried on into the next.

The pirates left few buildings of their own, but the ruins of Port Royal give an idea of what life was like. Under the sea, however, lie literally hundreds of wrecks, many the result of pirate attacks. Are they full of gold doubloons? Crowds of treasure hunters, professional and amateur, who flock to the islands think so.